A rare and "fresh-to-market" Omega Speedmaster in stainless steel 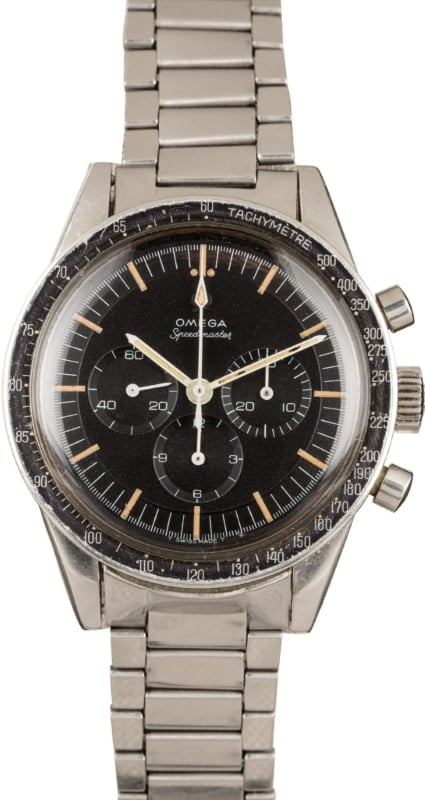 Excellent original and clean matte black stepped dial with warm creamy lume plots. The hands have aged slightly lighter than the dial. All lume glows brightly when exposed to UV light and drops off.

Excellent original black tachometer dot over 90 bezel insert with light wear from use. Bezel has faded beautifully to a dark grey hue.

The ref. 105.003 holds a special place in the history of the Omega Speedmaster, as it was the exact model that underwent rigorous NASA testing in 1964 and became officially flight-certified on March 1st, 1965. This particular example is in excellent overall condition, complete with its original ‘Dot-Over-Ninety’ bezel (DON bezel), while its original tritium dial and hands have developed a rich and warm patina, just like you would expect from a 1960s Speedmaster. Additionally this ref. 105.003 is fitted with a circa-correct Omega stretch bracelet, making it an excellent and well-preserved example of a vintage ‘Pre-Moon’ Speedmaster chronograph.