On Tuesday March 8th, the hammer will be ready to start the action at Sotheby’s Watches auction in London for the auction house’s first watch sale of 2016. Among the impressive lot of modern and vintage luxury timepieces are some standout Rolex pieces. Here’s a roundup of our top fives picks for the upcoming auction. 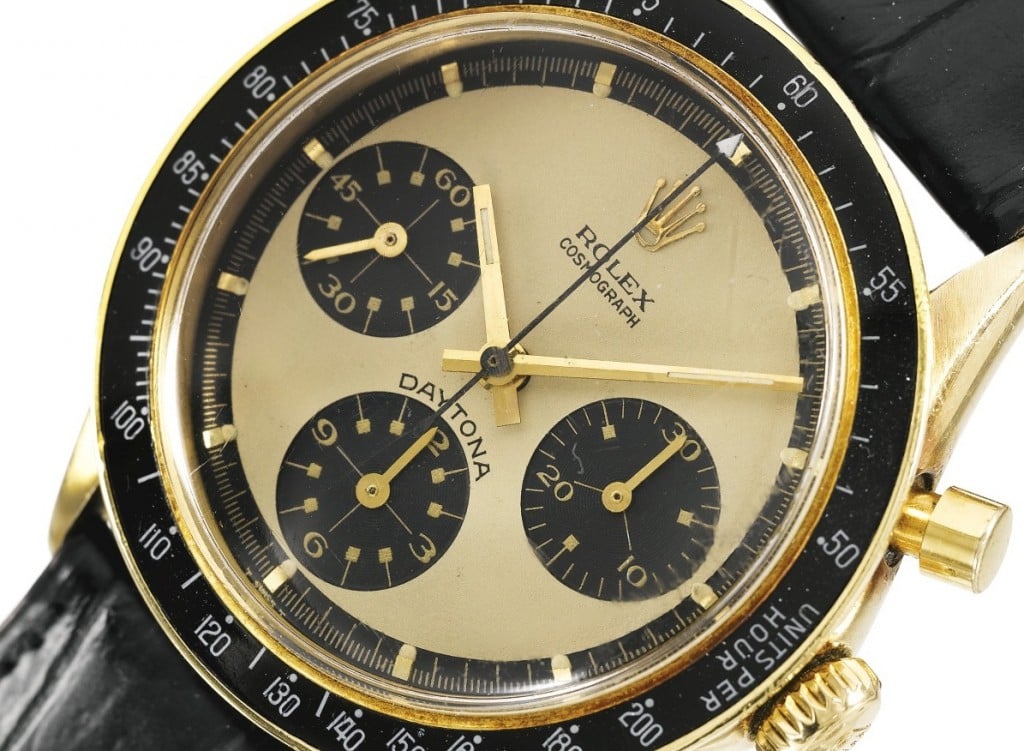 Circa 1976, this Rolex Milsub 5513 was commissioned from the British Ministry of Defense to equip the divers of the Royal Navy. As with all MOD Military issued Rolex diving watches, its black dial includes the large letter “T” to indicate levels of tritium, an engraved caseback, and presented on a NATO strap. Other details include Mercedes-style hands rather than sword-style hands found on some Milsubs and a bezel calibrated to only 15 seconds instead of 60 seconds. 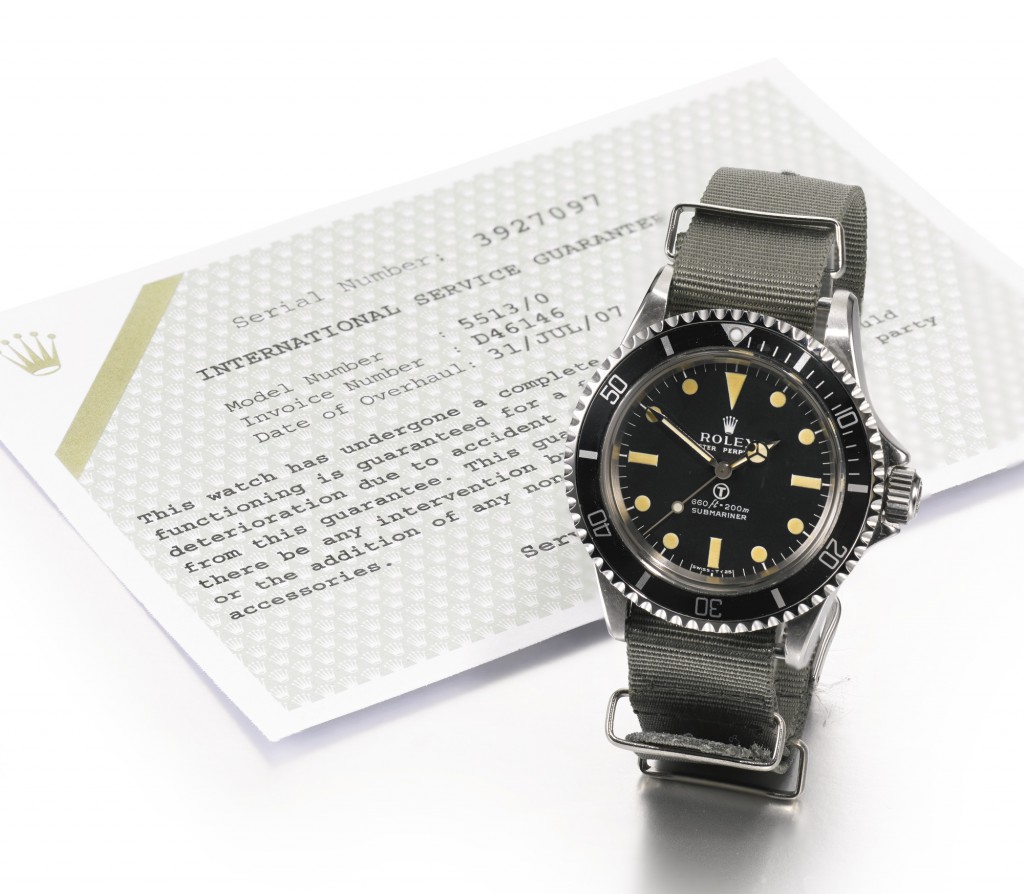 Originally introduced in 1954, the Rolex Milgauss ref. 6541 was explicitly made for those scientists who were regularly exposed to high magnetic fields. The Rolex Milgauss can withstand up to 1000 gauss of magnetic induction, hence its name, and this specific watch is from 1958. Of particular interest is the black webbed dial, fashioned from webbed laminated copper to shield the caliber from magnetic field exposure. 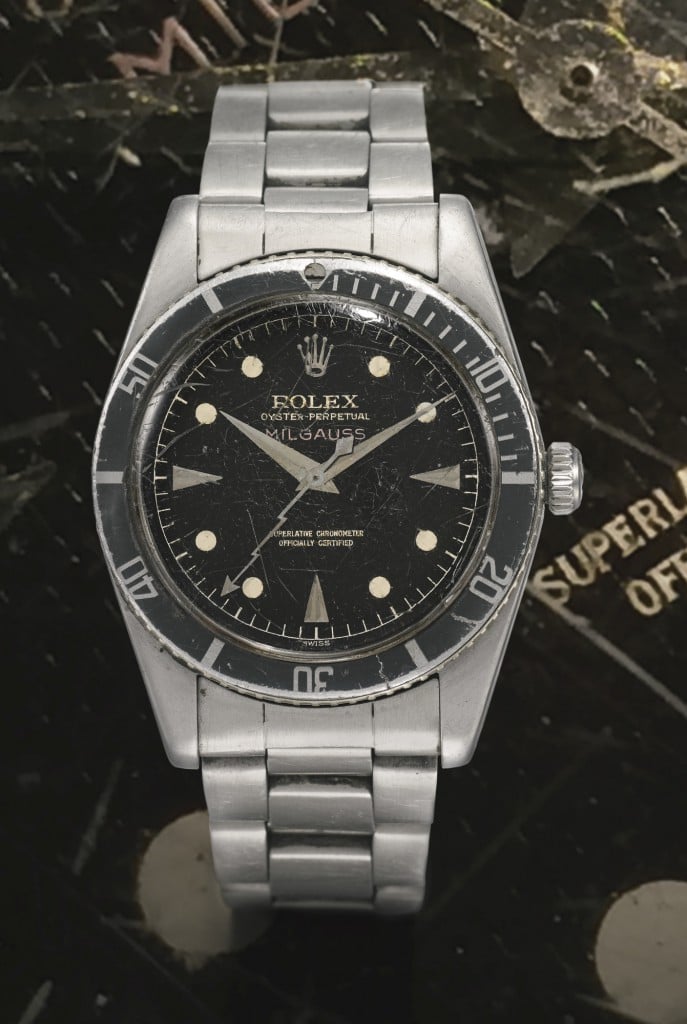 Rolex Milgauss 6541 was made for scientists. (Image Courtesy of Sotheby’s)

The Daytona Paul Newman pieces are still the most sought after vintage Rolex sports watches out there, and this particular ref. 6241 with a black dial, white subsidiary dials, and red outer track, is a beautiful example. Circa 1970, this ref. 6241 is equipped with a black bakelite bezel rather than the engraved steel bezels found on previous references. 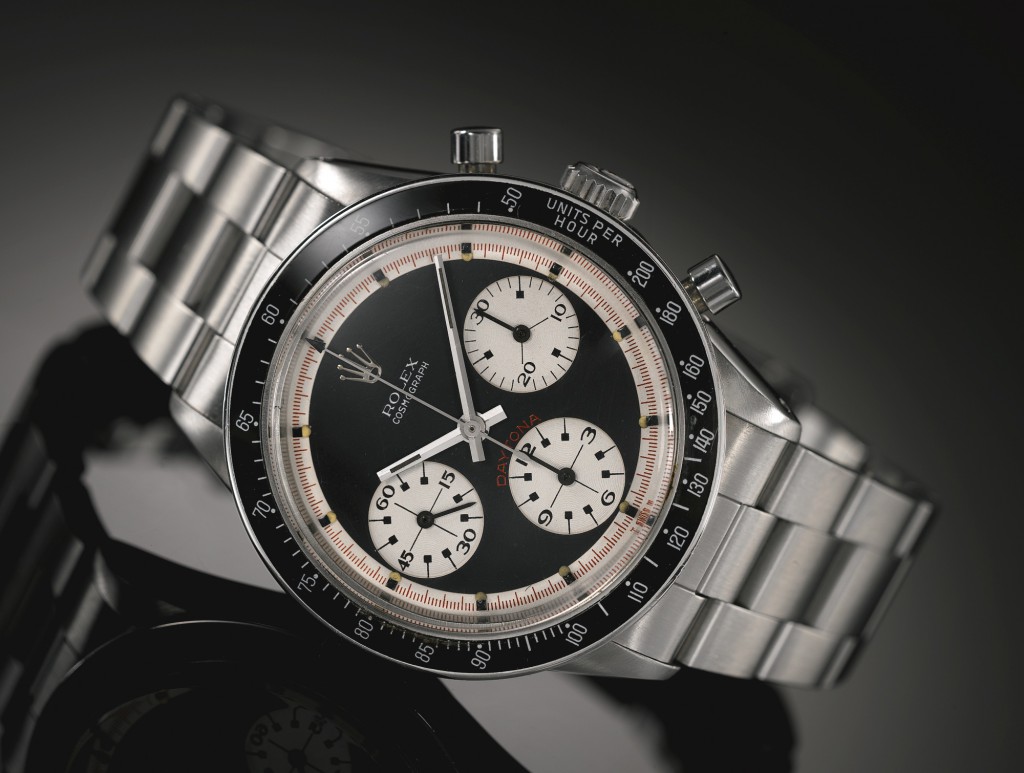 Another Daytona Paul Newman ref. 6241 will be for sale during the auction, however, this time in yellow gold rather than stainless steel. As most of the Daytona Paul Newman chronos produced were made in stainless steel, this 14k yellow gold version is an even more rare member of an already rare collection. The champagne dial with black sub dials is particularly attractive and sets the perfect stage for the black bakelite bezel. 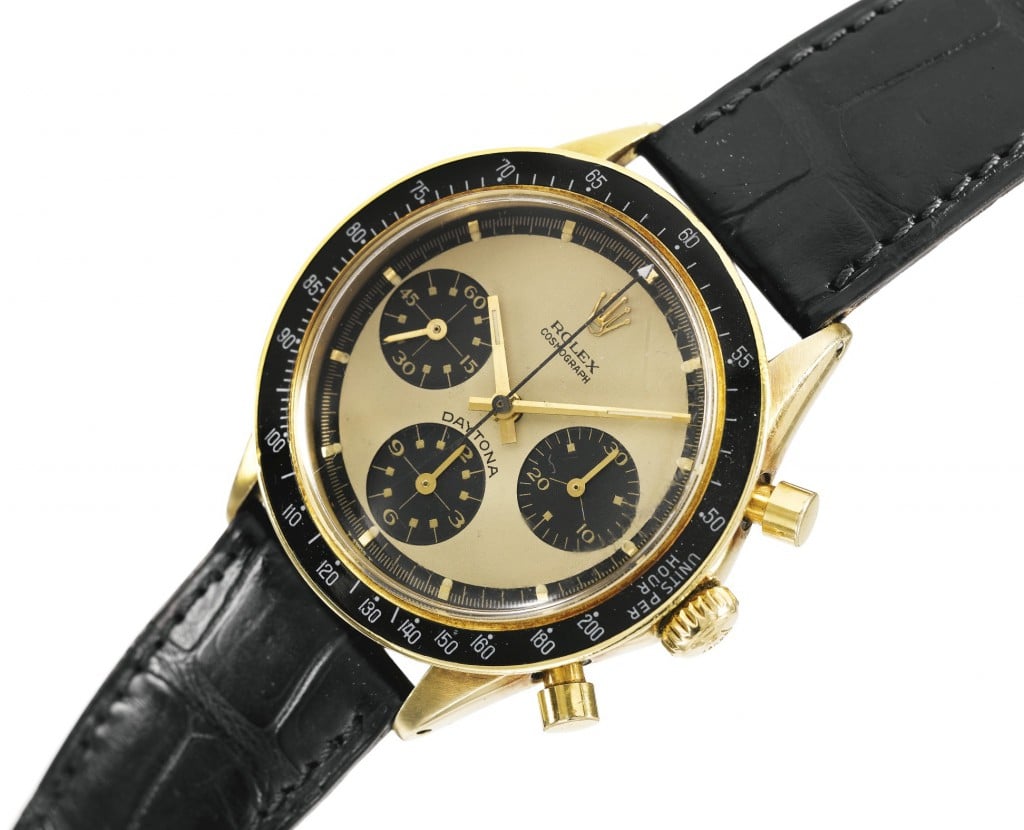 One of the major highlights of the auction is this very rare Panerai 6152-1 made by Rolex circa 1955. In the 1950s the Italian Navy commissioned Panerai to manufacture military-grade watches to withstand extreme marine conditions while remaining precise and accurate. The Italian company Panerai sourced all their calibers from Rolex and it is estimated that only 300 examples of this specific Panerai by Rolex were ever created. Circa 1955, it’s also worth noting that the watch’s 48mm size was considered enormous during its era. 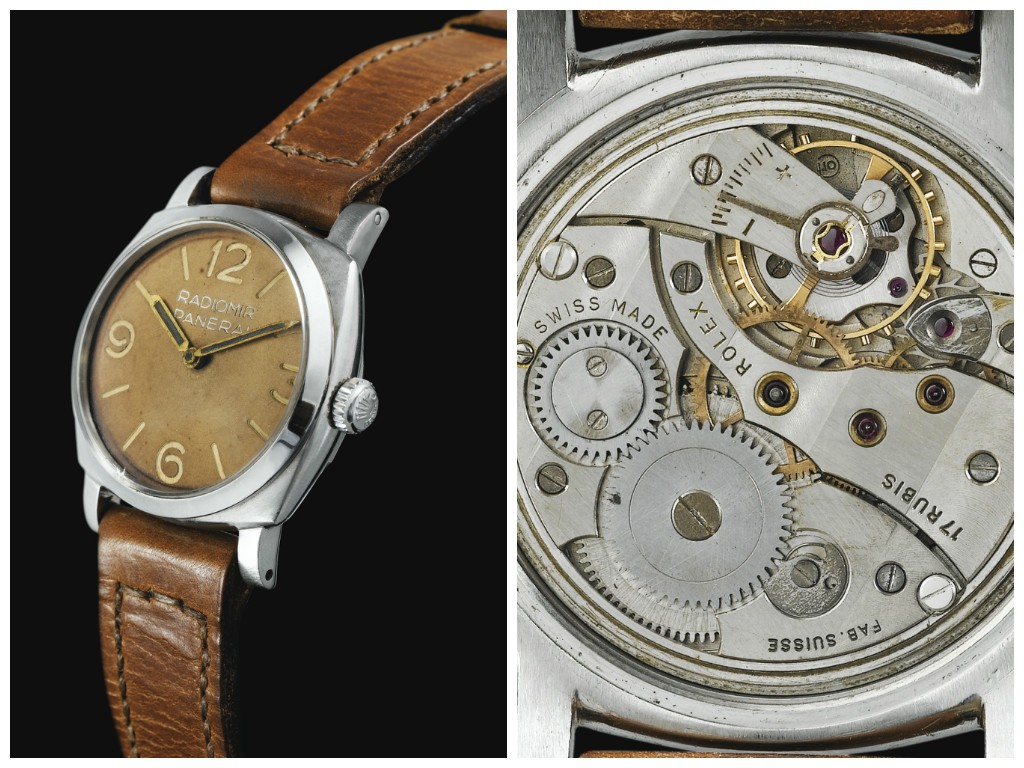