The results are in. Christie’s Rare Watches and American Icons event in New York City pulled in a sales total of $10,028,500. And a big chunk of that money came in from none other than Kim Kardashian, who purchased Jacqueline Kennedy’s Cartier. Let’s take a closer look at that sale, in addition to other results of the auction.

An elegant timepiece in 18k yellow gold with a black leather strap, the caseback of the beautiful Cartier Tank is engraved with “STAS TO JACKIE, 23 FEB. 63. 2:05AM TO 9:35PM”. This message comes from Jackie’s brother-in-law and references the date and time of the 50 Mile Hike in Palm Beach, Florida.

While the sale itself was initially anonymous, TMZ broke the story early Friday morning that it was, in fact, Kim who was the buyer. Whether the watch turns up on Kimmie’s Instagram feed anytime soon remains to be seen. 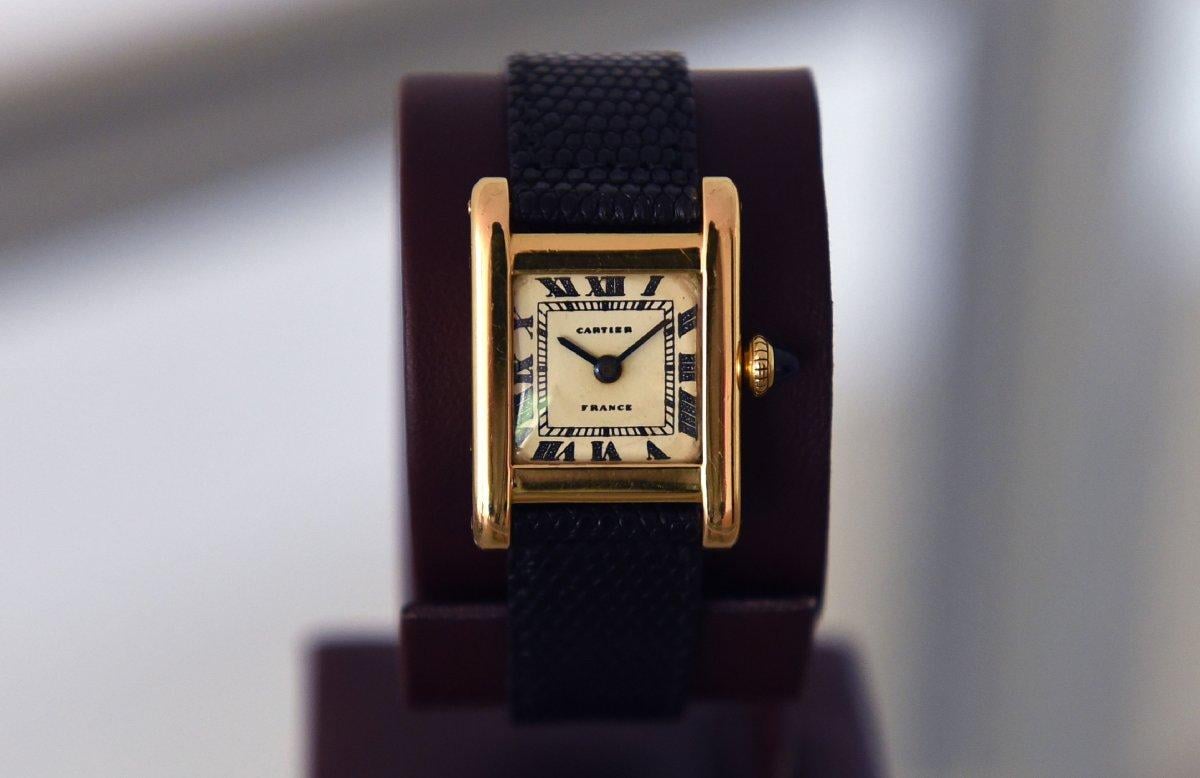 The most expensive lot of the day was the Richard Mille Sapphire Split-Seconds Chronograph RM056 prototype (estimate $1,000,000 – $1,500,000). The buyer paid $1,207,500 to own the full sapphire case Richard Mille watch that gives a clear view of the full skeletonized movement within.

The caseback of this RM056 is signed with Prototype, No. 2. While we know that there were only five of these Richard Mille Sapphire Split-Seconds Chronograph RM056 produced for the public, what we don’t know is how many prototypes were made. 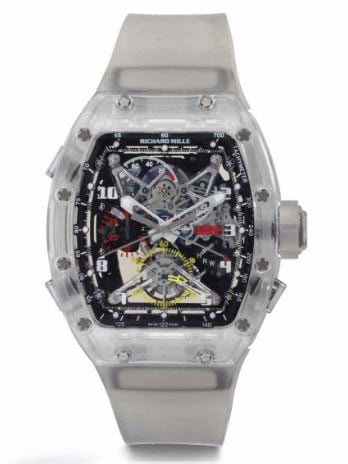 The 18k yellow gold case of this Daytona ref. 6264 houses a very rare yellow dial, nicknamed the “Lemoncello”. That detail, coupled with the Paul Newman style dial, white printing on the subdials rather than typical champagne font, and the French importation mark on the caseback, all adds up to one grail vintage Rolex watch! 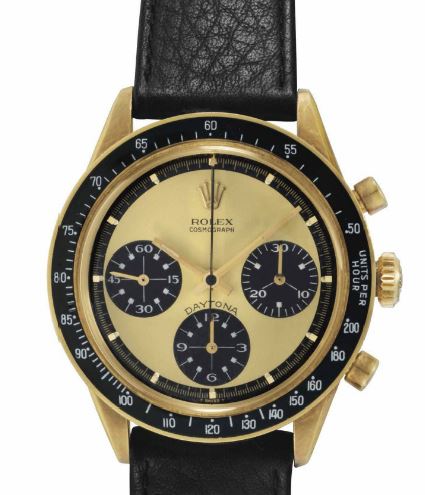 A “lemoncello” or “lemon dial” on a Paul Newman (Credit: Christie’s)

The Patek Philippe Perpetual Calendar Chronograph ref. 2499 (estimate: $350,000 – 550,000) is one of the manufacture’s most sought after references. And that’s saying a lot given the fact that Patek produces some of the finest timepieces in the world! Only 349 pieces of the ref. 2499 were ever made over 35 years. 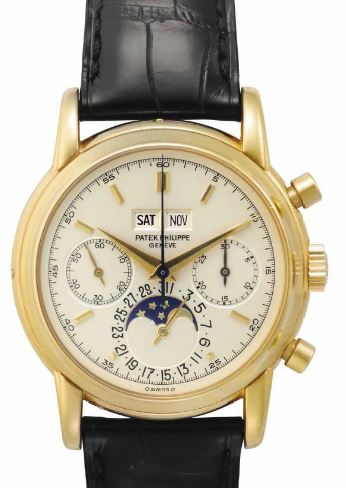 A piece like this can easily turn heads to and make collectors drool. (Credit: Christie’s)

In addition to Jackie’s Cartier Tank, we had also previously outlined the watches of three other American icons that were going up for sale at the Christie’s auction. The auction results of President Lyndon B. Johnson, Joe DiMaggio, and Bob Hope watches are as follows: 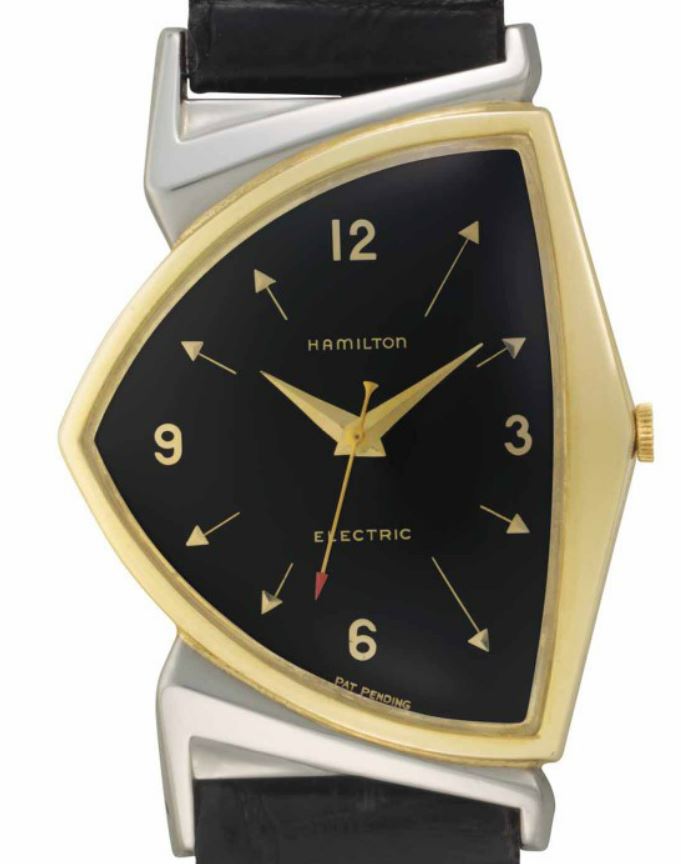 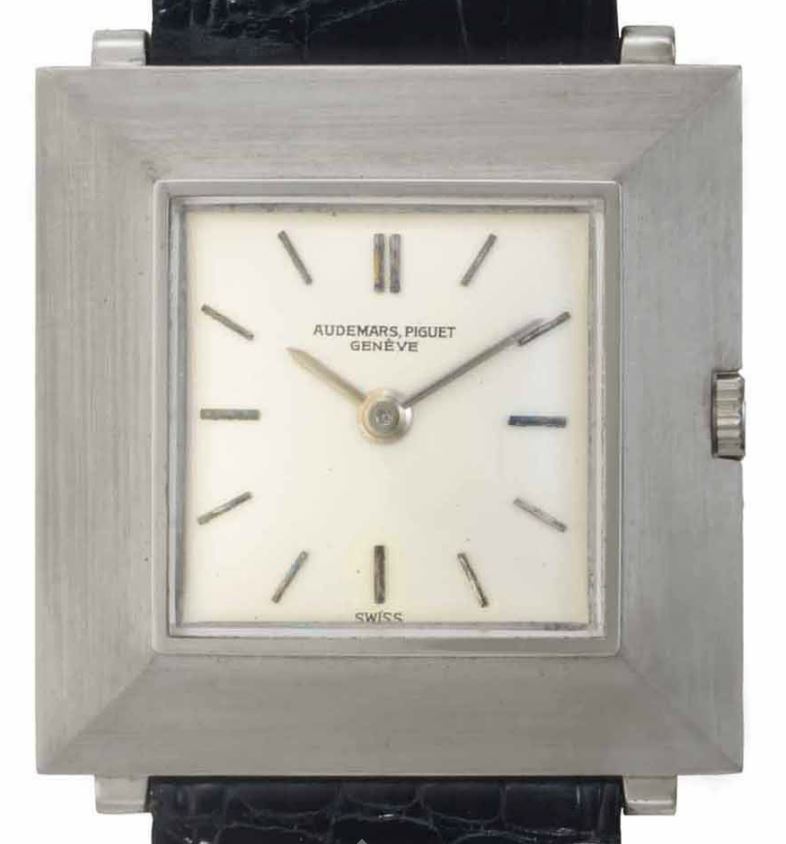 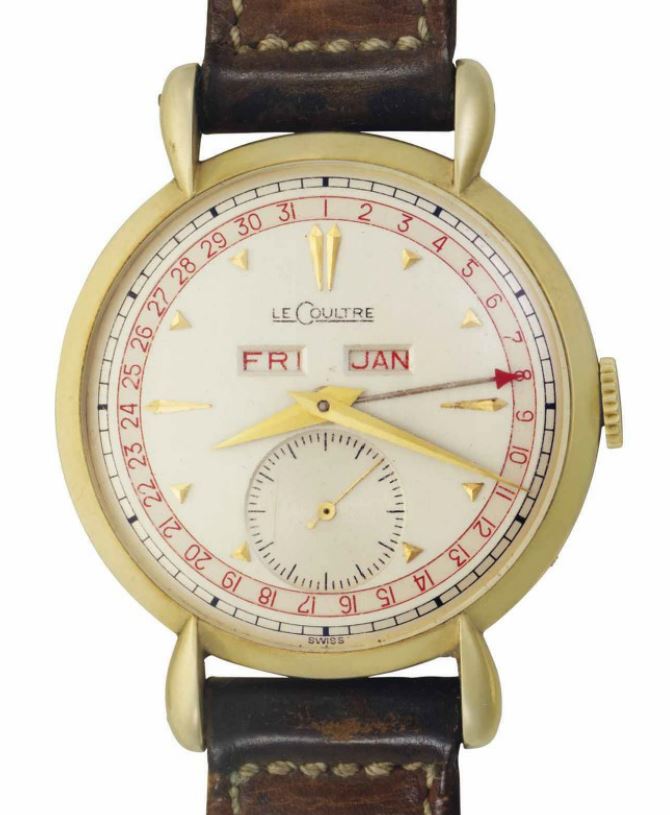 While watch auction results have always been big news within watch enthusiasts circles, it’ll be interesting to see if Kim Kardashian’s high-profile purchase will now bring even more interest from a whole new demographic. Watch this space!