Patek Creates a $1.1 Million One-of-One Titanium Chronograph for Only Watch 2017

Each year under the patronage of H.S.H. Prince Albert II of Monaco, the Only Watch auction benefiting muscular dystrophy sees the creation of unique luxury timepieces created in editions of one. This year Christie’s has been chosen to conduct the proceedings, which will take place on Nov. 11 at the Four Seasons – Hôtel des Bergues in Geneva. Among the field of offerings earmarked for this year’s sale one in particular stands out – a Patek Philippe Reference 5208T-010 Triple Complication watch in titanium expected to bring in up to $1.1 million alone.

The 5208 models were originally launched in 2011 to “showcase Patek Philippe’s mastery in the sphere of grand complication watches.” They feature a minute repeater, a monopusher chronograph, and an instantaneous perpetual calendar displayed in apertures along an arc, and is also one of very few ultra-complicated with a self-winding mechanism.

The Reference 5208T-010, created for Only Watch 2017, is the first and only version ever produced in titanium, a metal that Patek rarely uses. It also features a blue dial adorned with a hand-guilloched carbon-fiber pattern, and the caliber R CH 27 PS QI movement, visible through a sapphire crystal display back, is black rhodium-plated. It’s a gorgeous piece that manages to look understated and elegant even with its million-dollar looks. Such is the genius of Patek. 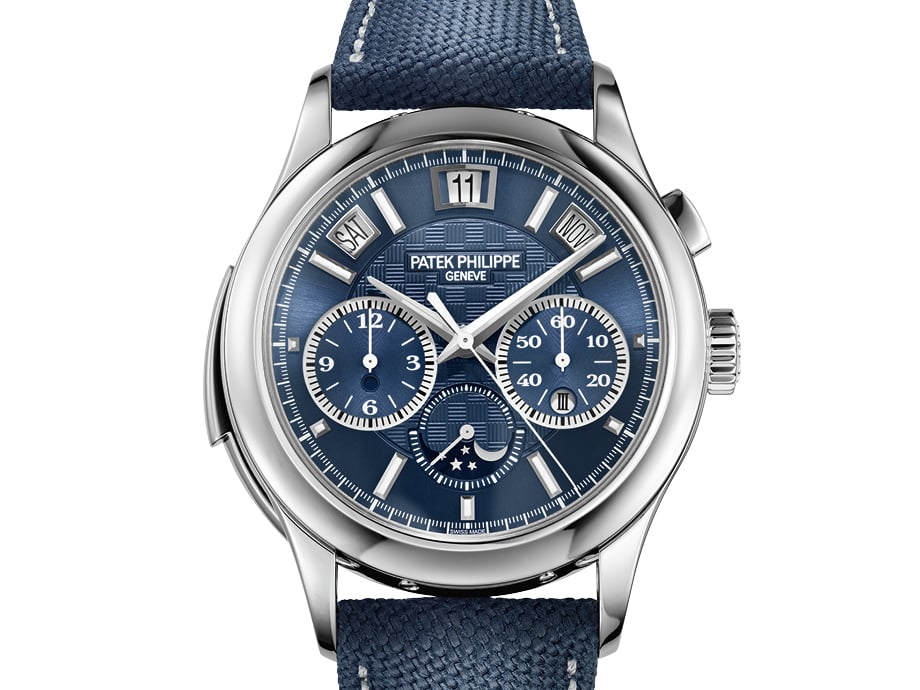 This Patek Philippe has a sapphire crystal display back and a black rhodium-plated. (Credit: OnlyWatch)

On a much more ebullient note the auction will also feature a unique creation from Hublot. Estimated at up to $83,000, the Big Bang Unico Sapphire Usain Bolt for Only Watch is as bold as it gets. It pairs a transparent sapphire case with a microblasted yellow gold plated skeleton dial highlighted in green and gold and a caliber Hublot HUB1242 “UNICO” Manufacture self-winding chronograph flyback movement with column wheel. 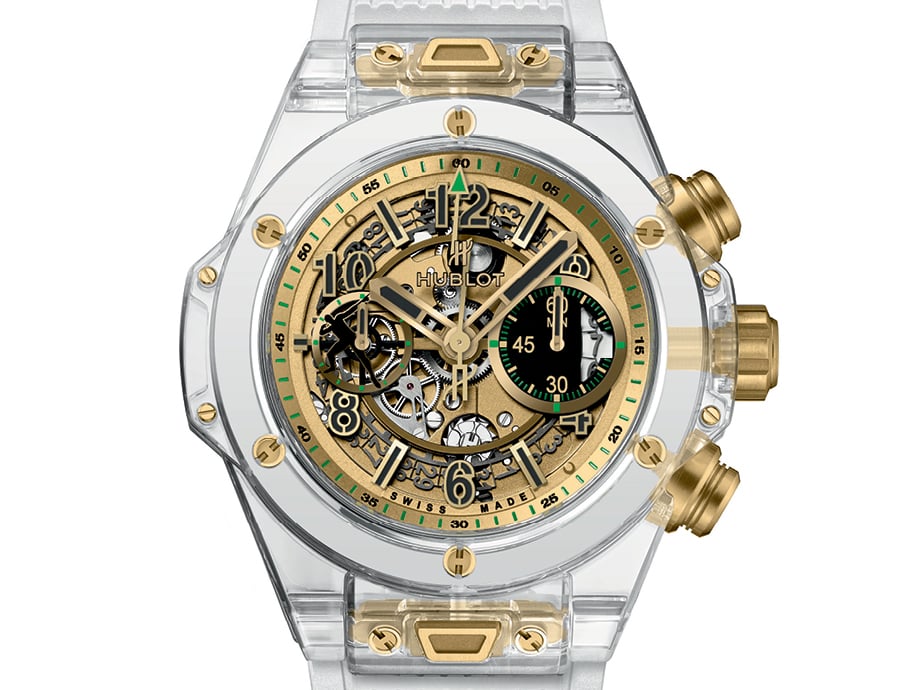 This Hublot is encased entirely in sapphire crystal. (Credit: OnlyWatch)

Audemars Piguet at Only Watch 2017

We much prefer the offering from Audemars Piguet, a unique Royal Oak Perpetual Calendar in black ceramic estimated at up to $124,000. It features a ‘skylight’ blue Grande Tapisserie dial with polished counters in solid grey gold and an orange-tinted moon, juxtaposed against the entirely hand-finished black ceramic Royal Oak case, bezel and bracelet. In addition to the unique dial, it’s the first black ceramic perpetual calendar wristwatch to feature a black ceramic caseback with sapphire display back, and a tour de force among rare Royal Oaks. 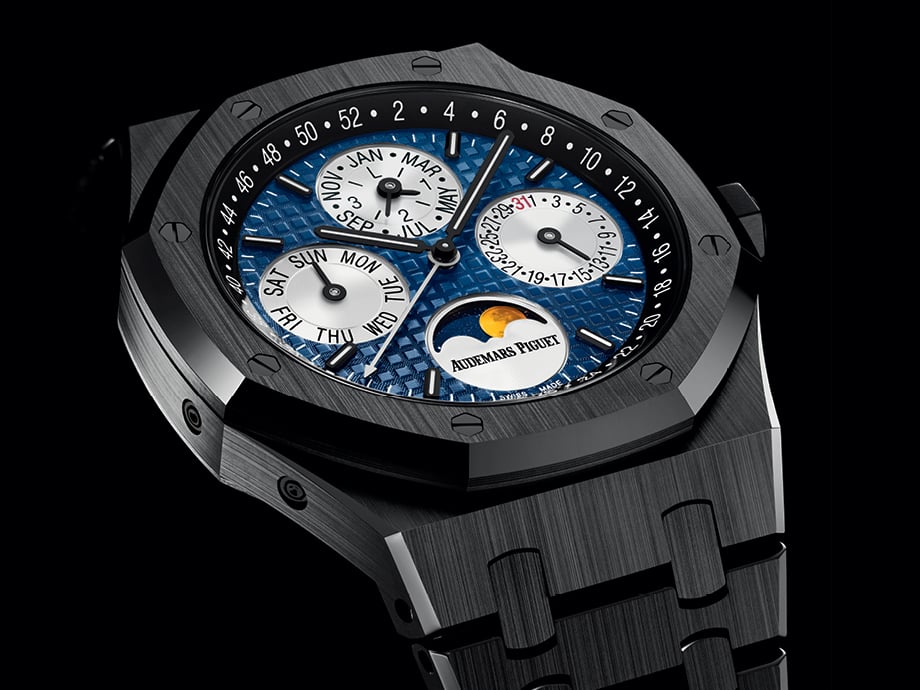 An AP that can track the entire year on your wrist. (Credit: OnlyWatch)

While Rolex doesn’t participate in Only Watch, its sister brand Tudor does. It’s presenting a unique Black Bay Bronze One watch estimated at up to $5,700. It features a unique configuration with the winding crown on the left and a khaki green dial. The winner will get a trip to Tudor’s Headquarters in Geneva, which is not open to the public, and which is of course also Rolex’s HQ. 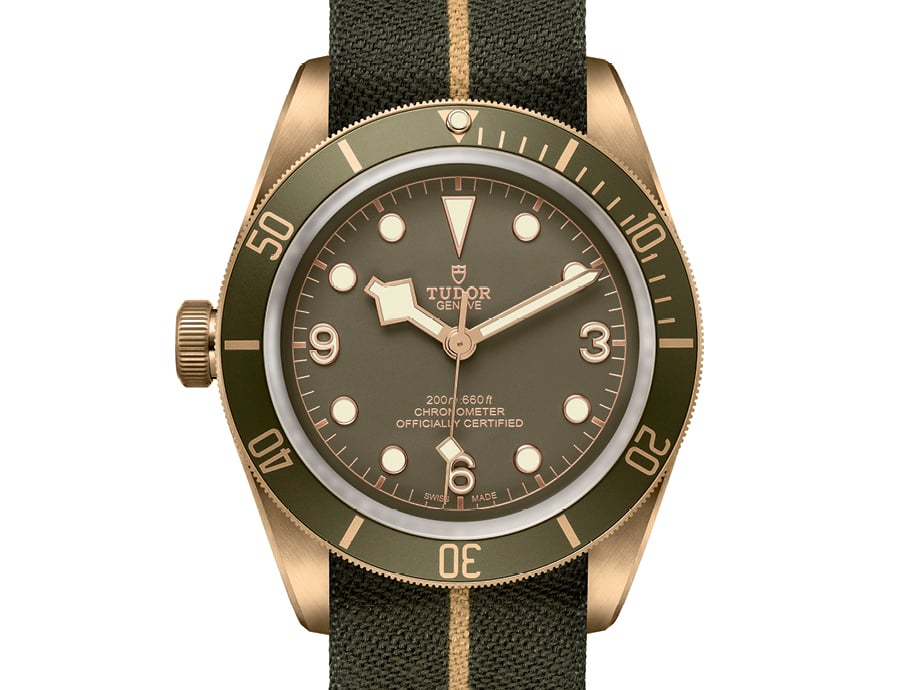 While Rolex is not on this list, Tudor is hitting it off with a watch for the left-handed. (Credit: OnlyWatch)