Chronograph enthusiasts know that Breitling has played an important role in the history of timekeeping. In 1923, the Swiss brand debuted the very first watch with independent chronograph pushers; and in 1934, they presented a timepiece with a second pusher for resetting the stopwatch function to zero, allowing them to lay claim to having created the first modern chronograph.

85 years later they are introducing the latest evolution of this horological innovation in the form of the new Breitling Navitimer B03 Chronograph Rattrapante 45. The Navitimer, with its distinctive slide rule bezel, is a true mainstay among the various Breitling watches. First introduced in 1952, it’s advanced functionality allows pilots and other navigators to perform complex calculations without having to rely on any other instruments. 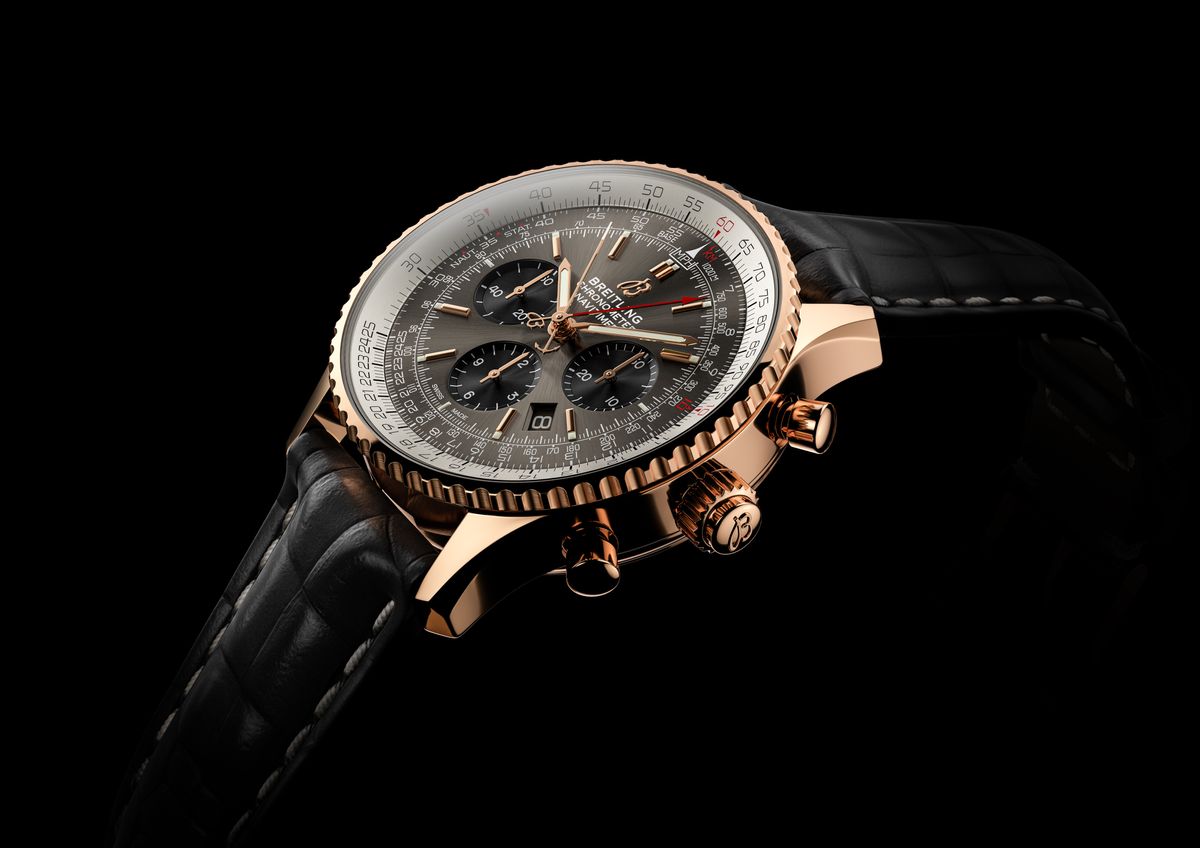 The new watch is one of the most impressive versions ever produced. The Navitimer B03 Chronograph Rattrapante 45 is fitted with a striking 45mm case in 18k red gold and runs on Breitling’s split-second Manufacture Caliber B03 movement. Rattrapante refers to one of watchmaking’s most esteemed complications, using “two superimposed central chronograph hands to measure two elapsed times simultaneously,” as Breitling notes.

The watch’s Stratos Gray dial is set off by the signature Navitimer’s signature slide rule bezel. The new watch also has a unique feature in the form of Breitling’s traditional B and anchor symbol logo which has been split between the red chronograph hand and the split-second hand in a nod to its rattrapante functionality. 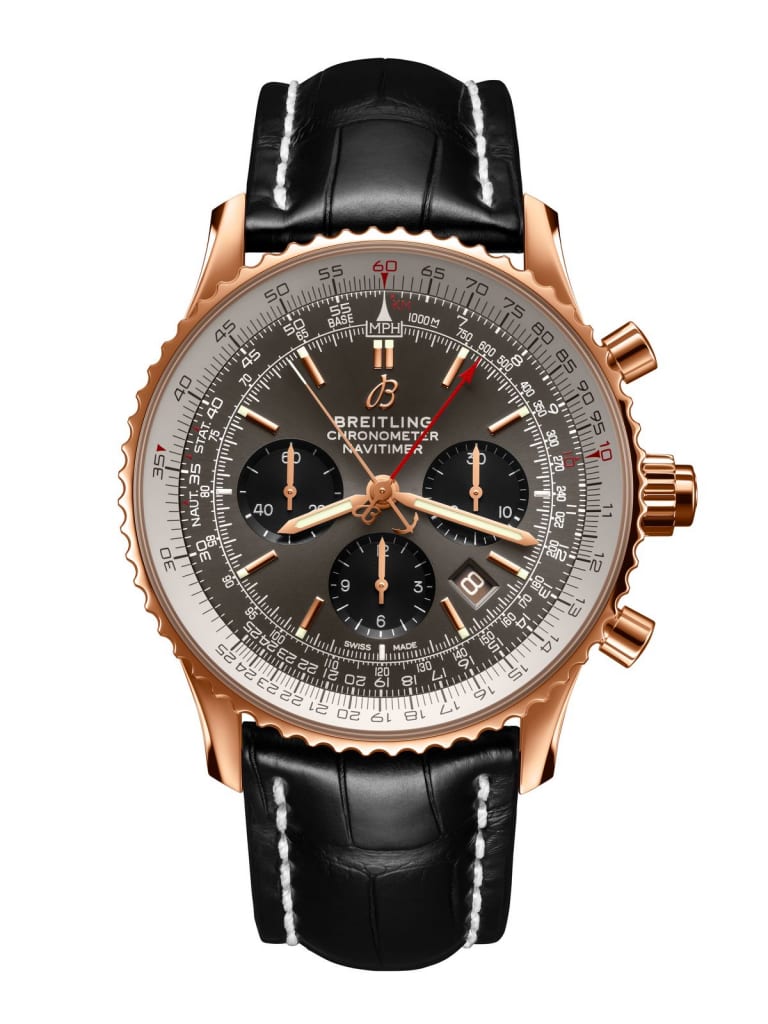 When the two chronograph hands are aligned the logo appears intact. The date window is located between four and five o’clock, while the split-second pusher is housed inside the winding crown at the 3 o’clock location, and serves to stop and restart the split-second hand “as often as desired during a timing operation. This allows the wearer to measure split times or compare the results of several competitors” – in an air race, for example, Breitling notes.

The Manufacture Caliber B03 is produced at Breitling’s Chronométrie facility in La Chaux-de-Fonds, Switzerland, and its operation can be viewed via the watch’s transparent sapphire caseback. It features an impressive power reserve of approximately 70 hours and comes presented on an elegant black alligator strap.

*All images courtesy of Breitling. 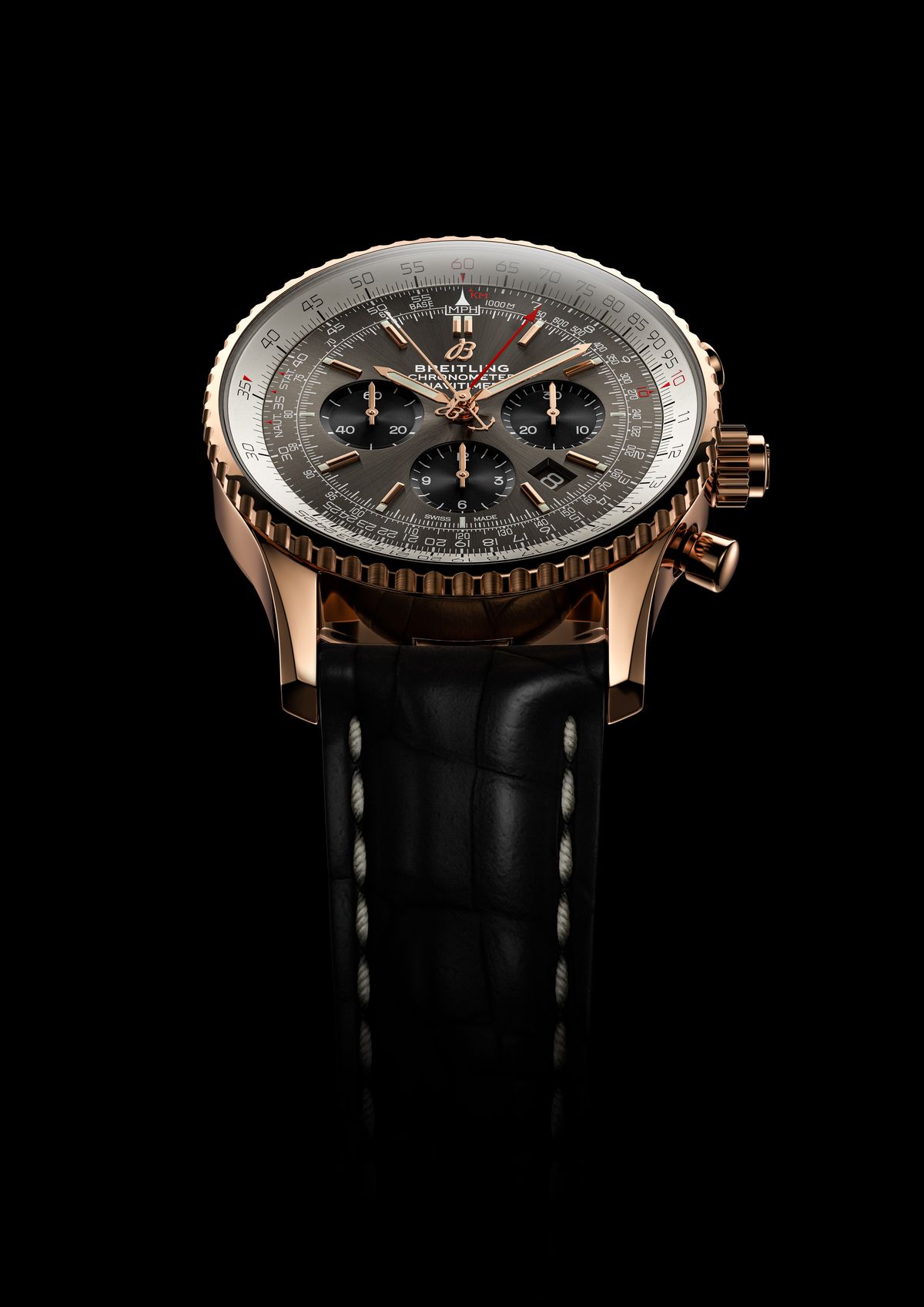