Omega must be worried we might forget that the Speedmaster was the first watch on the Moon – the brand has held so many events celebrating the feat that we’re starting to lose count. Just the other night, their #1 brand ambassador, George Clooney was on-hand to pay tribute to the Apollo 11 Moon landing – the first manned mission to the Moon. Buzz Aldrin famously wore an Omega Speedmaster when he stepped onto the lunar surface, making horological history, even though he was a step behind Neil Armstrong. 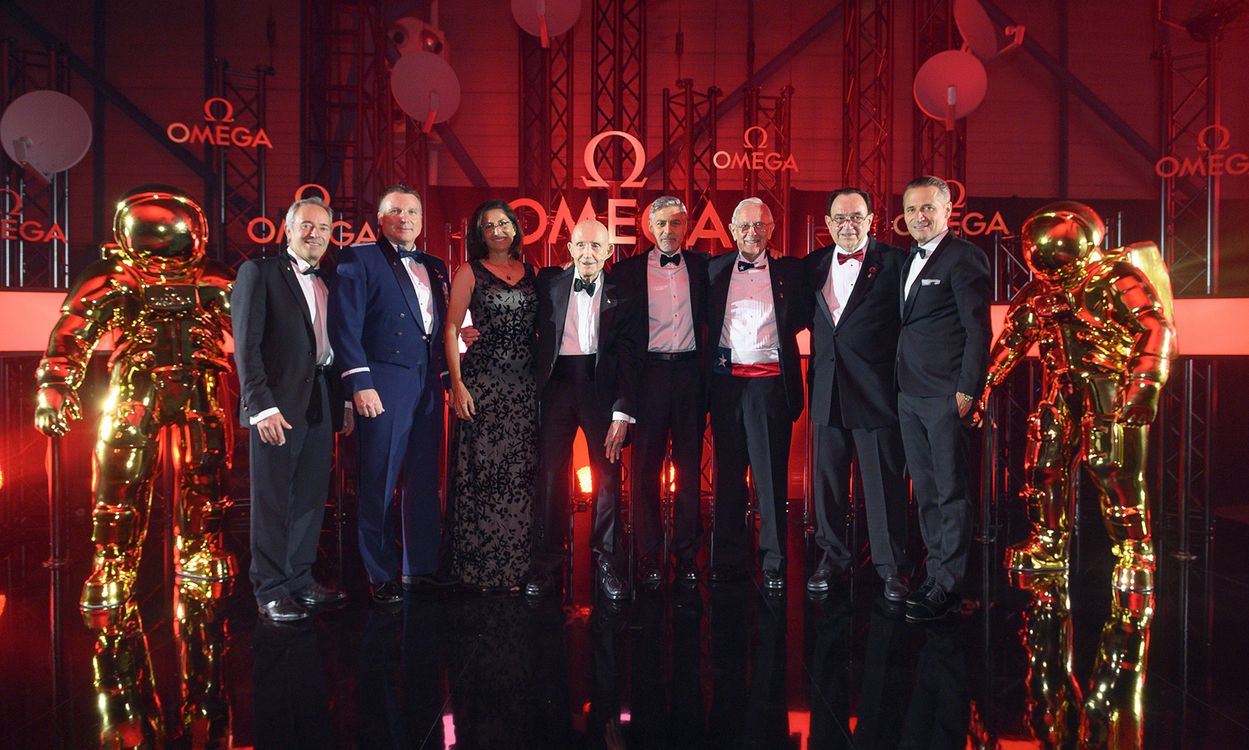 Omega threw the latest bash celebrating the Moon landing at Florida’s famed Kennedy Space Center. The event consisted of a day of discussions surrounding a range of space-related subjects (including the new Apollo 11 anniversary Speedmaster), followed by dinner served beneath an iconic Saturn V rocket like the type used by NASA to launched lunar missions. 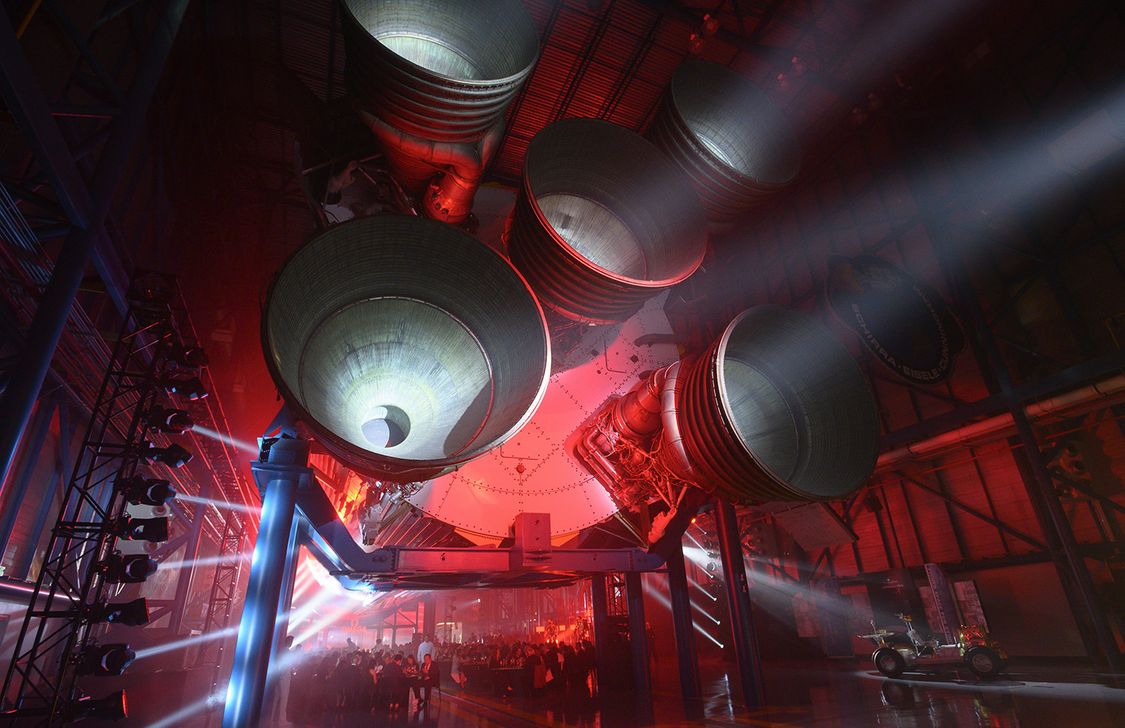 The event took place below Saturn V rockets that hung above the festivities. (Image: Omega)

In addition to Clooney and his wife Amal, the head table was presided over by Omega CEO, Raynald Aeschlimann and astronauts General Thomas Stafford and Charlie Duke. Stafford is a veteran of four NASA space missions and commander of Apollo 10, the second mission to orbit the Moon; while Duke, the lunar module pilot for Apollo 16 in 1972, holds the title of being the 10th and youngest person to walk on the Moon.

“It’s a huge achievement to land on another world. I can’t think of a better reason to raise a glass in tribute” Aeschlimann said during the proceedings. “It’s a great pleasure to be here, and an honor,” Clooney chimed in. “I have enormous respect for the people who made the Apollo missions such a success.” 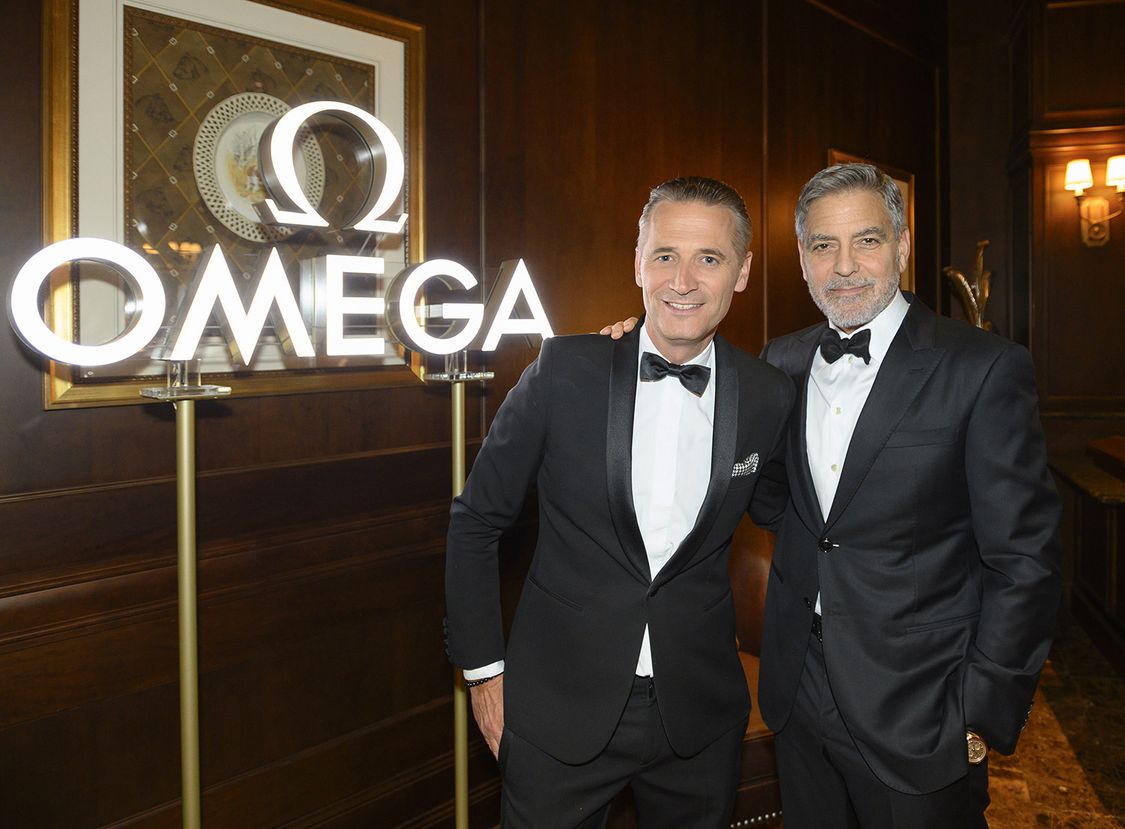 Recalling the incredible Apollo 11 mission of 1969, Duke commented, ”we were heading to the Moon, but we were also grounded, very realistic, and we never took success for granted, not once.” And finally, Stafford, who did reconnaissance and evaluation of future landing sites for Apollo 11, stated that “it was a great honor for me to play my part in the successful mission that followed,” and noted the “alien yet familiar” qualities of the lunar surface.

And they weren’t the only NASA vets in attendance, Also on hand was astronaut and artist, Nicole Stott; NASA pilot and ISS commander, Terry Virts; ESA astronaut and NASA veteran, Jean-François Clervoy; and former NASA program manager and aerospace engineer, James Ragan – who first tested the Speedmaster and certified it for spaceflight. The real hero of the hour, in our view. 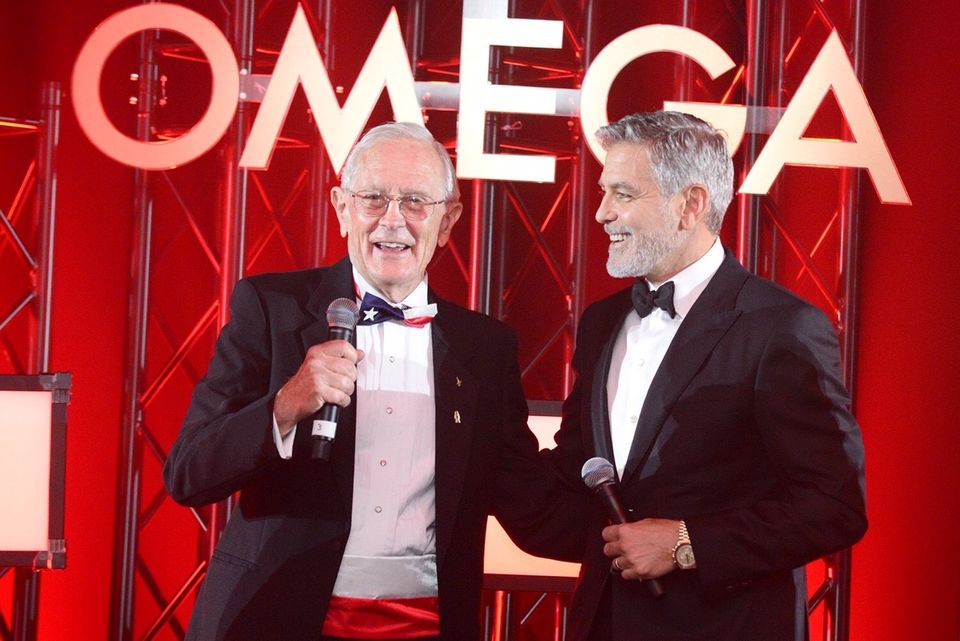