French luxury goods icon, Hermès, has always had one of the very best watch collections of any fashion house, though their widespread use of quartz movements has earned the disdain of hardcore watch connoisseurs. There’s actually nothing to complain about with their latest release, however, the new Arceau Très Grand Modèle, which is available equipped with an in-house mechanical movement. Due out this summer, the price range varies depending on configuration with the quartz version going for $3,300 and the mechanical at $6,150. The Arceau, a “paragon of rigorous and stylish aestheticism,” was first created for Hermès by longtime artistic director Henri d’Origny in 1978. With typical playfulness and a nod to the house’s equestrian heritage, the numerals are tilted in homage to a galloping horse.

The new Très Grand Modèle is available with either a blue lacquered dial paired with an “abyss” matte blue alligator strap or a light hazelnut brown dial paired with a matching “étoupe” matte alligator strap. These small details show that this watch can keep up with other luxury watch brands. Inside the 40mm case of the hazelnut version, you’ll find the Manufacture Hermès Calibre H1837. The calibre is the result of the house’s investment in producing its own movements several years ago. 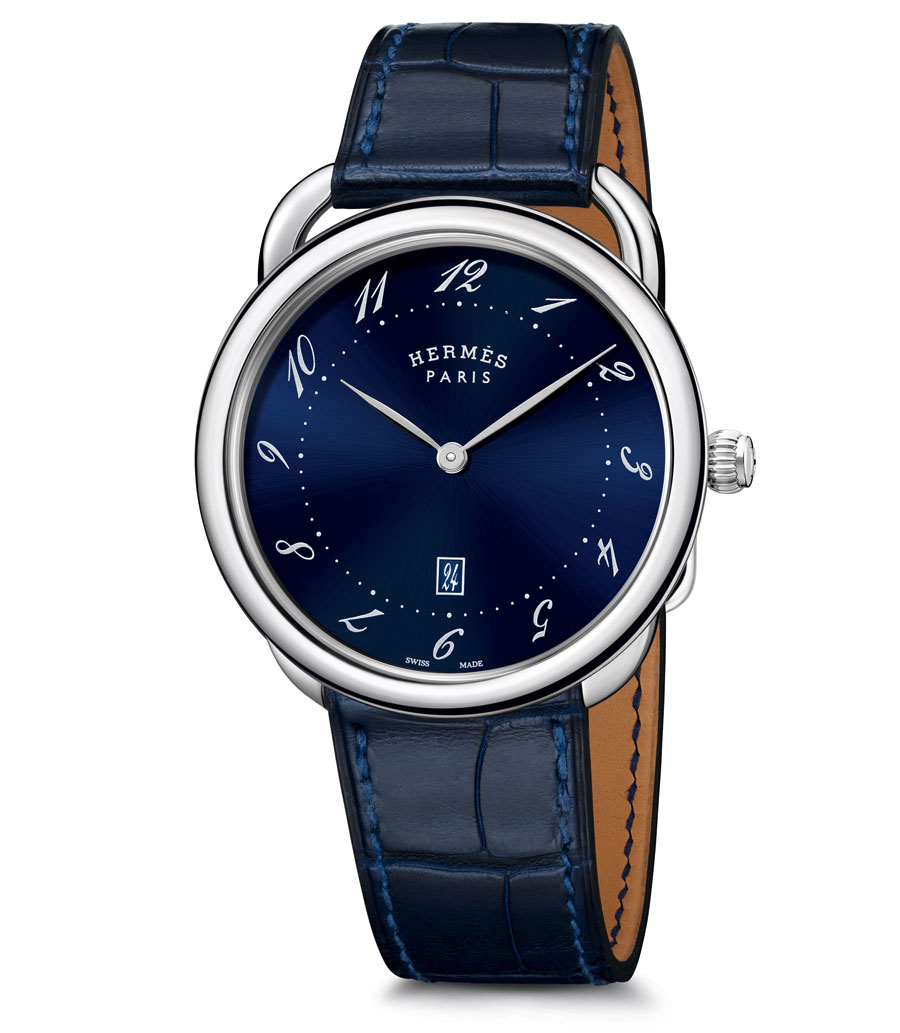 Hermes has come out with the Arceau Très Grand Modèle. (Credit: Hermes)

The Arceau was traditionally equipped with a quartz movement, but the new mechanical movement is actually a return to the pre-quartz era when Hermès had mechanical movements produced for it by the likes of Jaeger-LeCoultre, Vacheron Constantin, Audemars Piguet, and Baume & Mercier. The abyss blue version, however, still comes equipped with a quartz movement for those who don’t value mechanics enough to pay twice the price; the blue version is also better looking in our view. 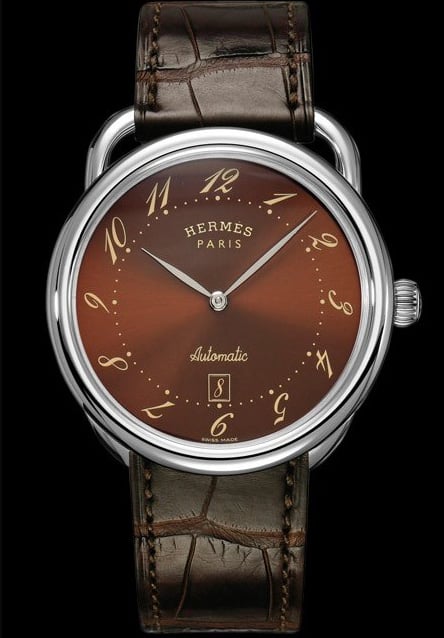 You can opt for a quartz or mechanical movement. (Credit: Hermes)

The hazelnut model comes with raised black gold Arabic numerals, a stamped chevron motif, sunburst chapter ring, and black gold hands. The blue watch comes with a lacquered dial, powdered and silvered transferred Arabic numerals, and rhodium-plated hands. Both come fitted with an anti-reflective sapphire crystal and caseback and are water-resistant to 3 bar or 100 ft. The hazelnut mechanical piece also bears the all-important legend “Automatic” on the dial to distinguish itself from its quartz counterpart. While Hermès does not make a smartwatch, it does collaborate with Apple on a special version of the Apple Watch which has proven popular with fashion-forward folks. With the addition of both quartz and mechanical pieces, it has seemingly figured out how to offer the best of all three worlds. 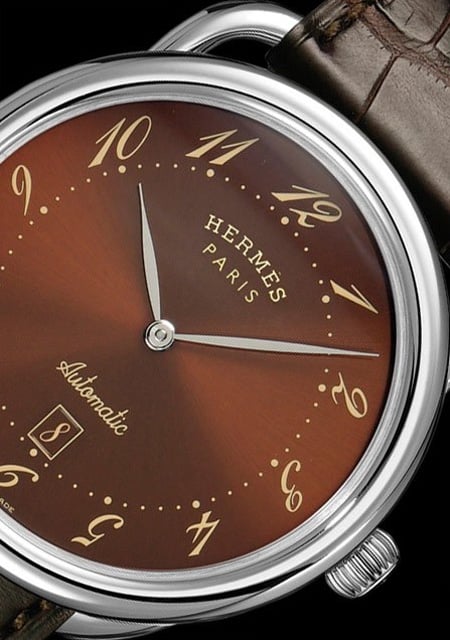 The slanted numbers is a tribute to equestrians. (Credit: Hermes)