Anyone who watched the 91st Academy Awards on Sunday night will have almost certainly seen Hollywood A-list celebrity, Bradley Cooper perform Shallow with fellow A Star is Born co-star, Lady Gaga. Cooper directed, produced, co-wrote, and starred in the film, which was nominated for 8 Oscars, and took home the ‘Best Original Song’ award for Shallow. Although the intimate live performance of the award-winning song was certainly one of the more memorable moments of the evening, something that may have been missed was the watch on Bradley Cooper’s wrist. 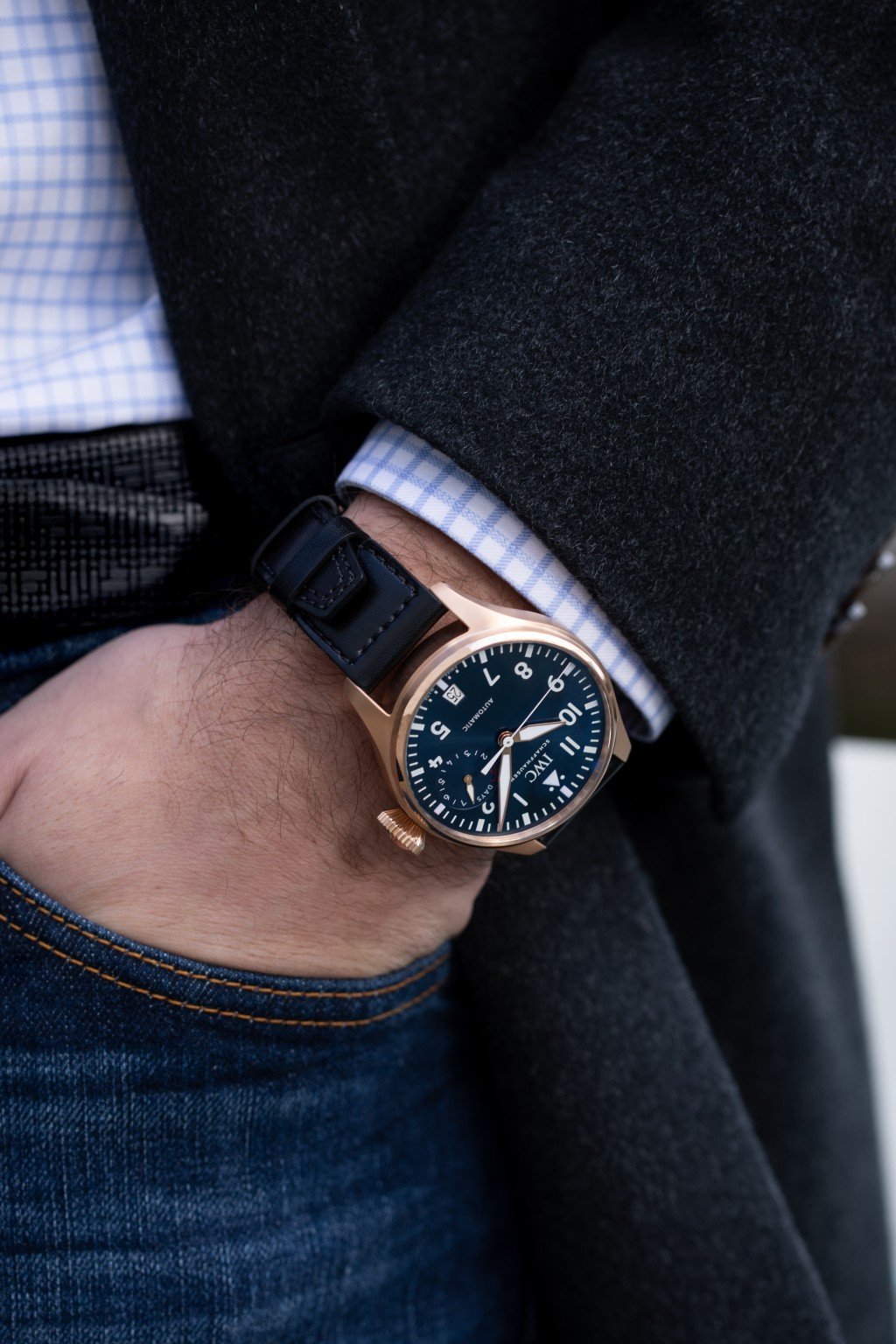 Up for auction is a unique piece from IWC worn by Bradley Cooper during the 91st Academy Awards ceremony (Image: Sotheby’s).

The watch itself is an IWC Big Pilot in 5N red gold with a midnight blue dial (reference number: IW500923). Aesthetically, the timepiece can be described as a mix between a regular Big Pilot and one of the blue-dial, IWC Le Petit Prince watches. However, despite embracing a number of design cues from other members of the IWC lineup, this specific configuration is entirely unique and not available in IWC’s regular catalog.

Adding to the unique features of this watch is the caseback, which features special engravings and a quote from The Little Prince, which reads: “It is only with the heart that one can see rightly.” Like similar IWC Big Pilot’s watches, Bradley Cooper’s Oscar watch measures 46.2mm in diameter and boasts a water resistance rating of 6 bar.

As the watch was only worn by Bradley Cooper himself for a handful of hours during the 2019 Academy Awards show, it is virtually brand-new, with absolutely zero signs of wear. Consequently, it will even come with a full 2-year manufacturer’s warranty. 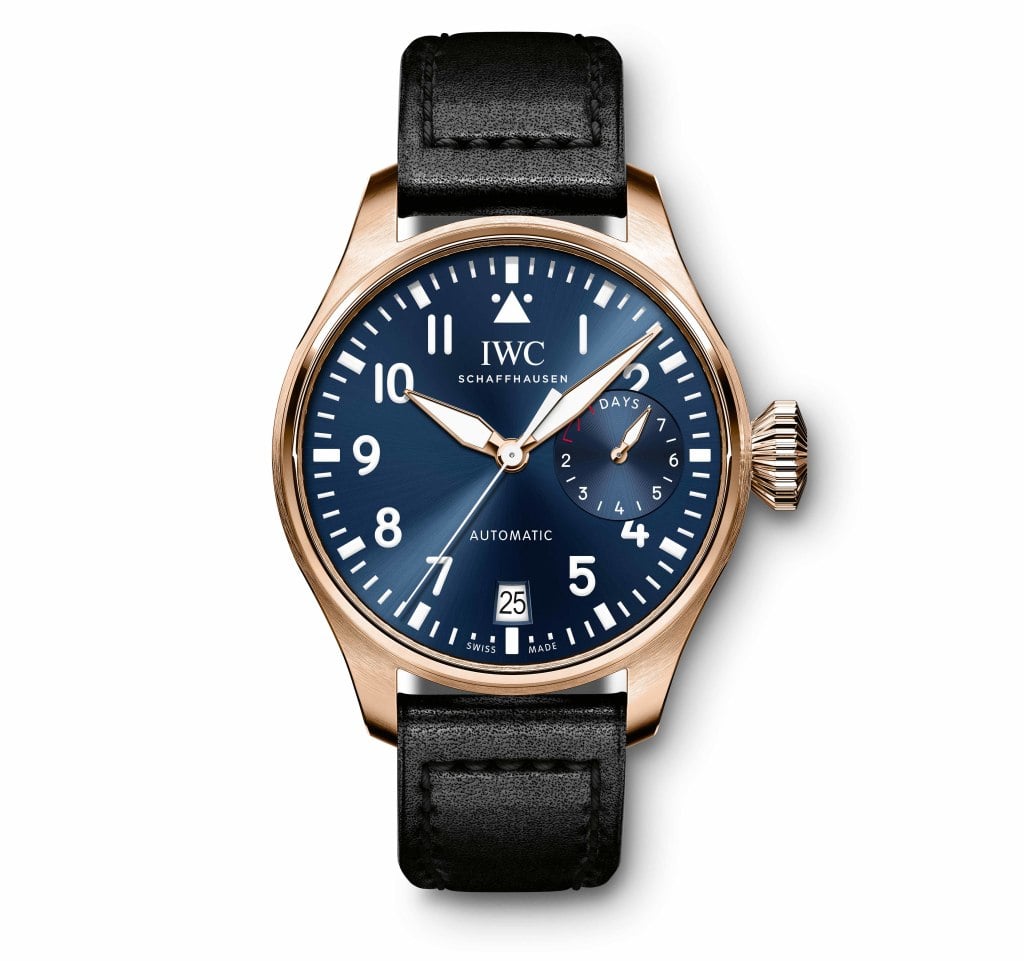 With a 5N red gold case and a blue dial, the one-of-a-kind Big Pilot’s watch is not a standard option in the IWC lineup (Image: Sotheby’s).

An Auction for Charity

Although Bradley Cooper wore this one-of-a-kind watch for the 2019 Academy Awards ceremony, this unique piece is not destined to become a part of the A-list actor’s personal collection. Instead, it is going up for auction, with the entirety of the proceeds going to benefit the Antoine de Saint-Exupéry Foundation, a charitable organization that focuses on teaching visually impaired children how to read drawings using their sense of touch. IWC has long history of supporting the foundation, with the auction of this unique Big Pilot’s watch being the latest in their philanthropic efforts.

Sotheby’s already has the watch listed on their site, and although bidding does not close until March 4th, 2019 at 8:00 am PST, the watch has already almost doubled its pre-sale estimate of $20,000 to $30,000. While the opening bid was $16,000, at the time of writing, the current bid is $55,000 (the reserve has been met), and it is likely to increase from there, given that there is almost an entire additional week left before the auction closes. 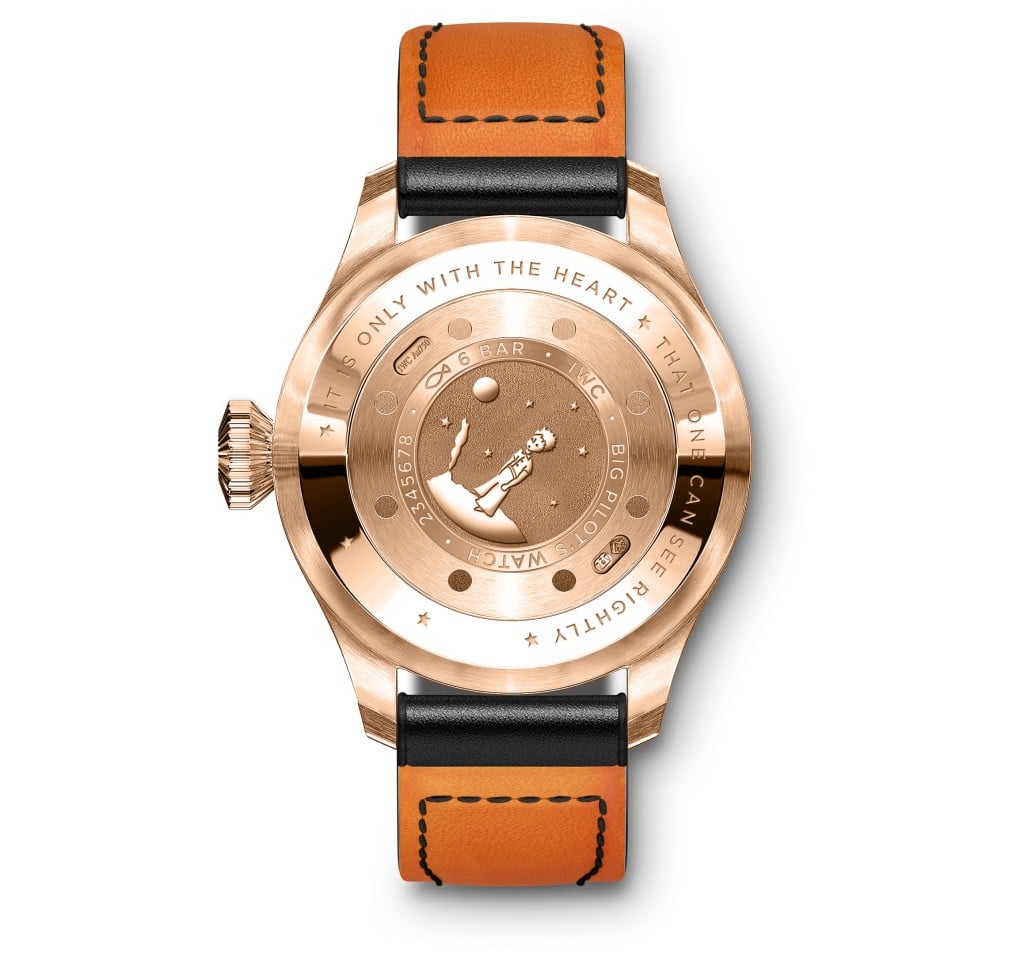 The special engravings on the caseback add to the unique nature of is one-of-a-kind watch (Image: Sotheby’s).

One of a kind watches being auctioned for charity is not at all a new concept – think of the Only Watch Charity Auction. However the fact that this particular timepiece will be packaged with a personalized letter that Bradley Cooper – and the fact that Cooper and Lady Gaga performed Shallow, which took home the Oscar for Best Original Song that night, makes it all the more special.

While a letter from Bradley Cooper is certainly not quite has hands-on as an exclusive expedition with Mike Horn or Guillaume Néry – like the experiences that are packaged with the new limited-edition Panerai watches that were announced at SIHH 2019, the addition of Cooper’s letter adds an additional level of exclusivity and helps connect the unique piece to both Bradley Cooper and the 91st Academy Awards – where he wore this very watch during a live performance of the song that took home the Oscar. 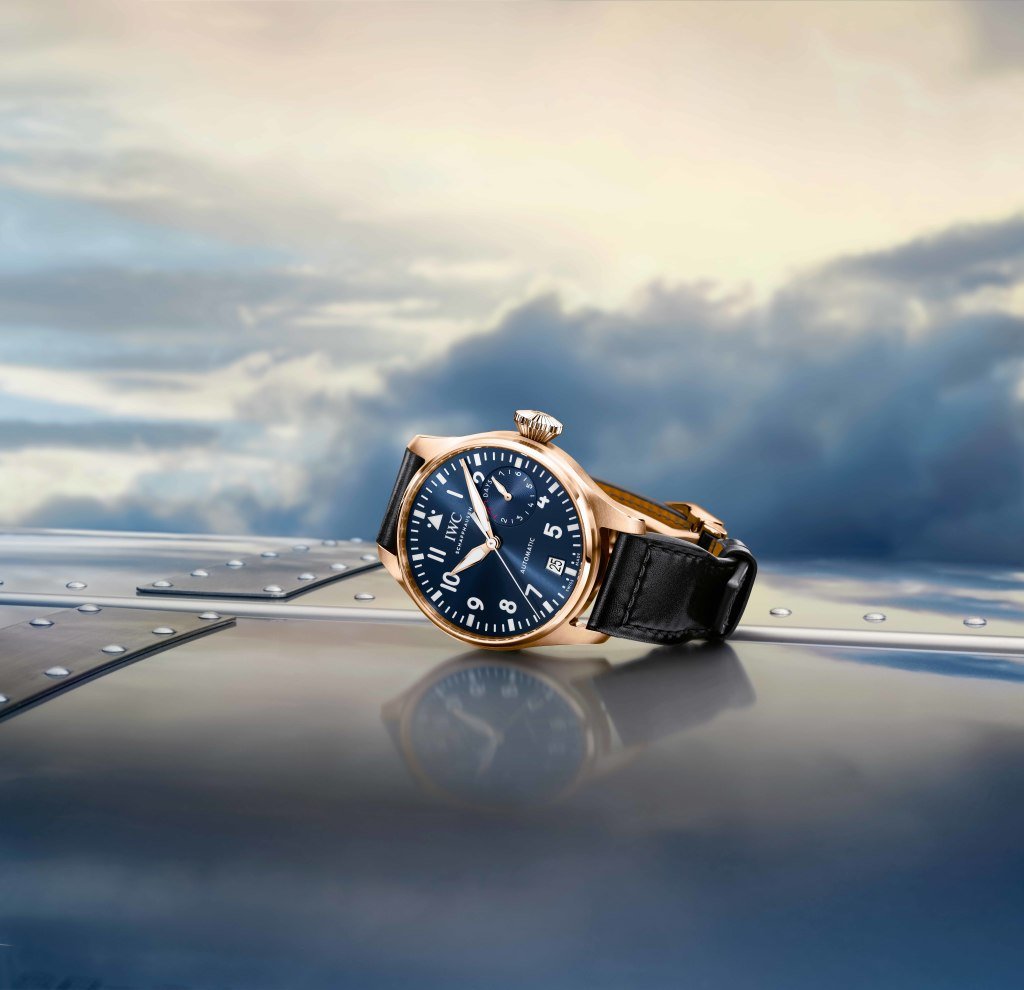 The price has already almost doubled the pre-sale estimate with almost a week left before the auction closes (Image: Sotheby’s).