Already riding a wave of awards season publicity thanks to high-profile celebrity appearances, Omega has just announced a brand new 5th generation of its Constellation dress-sports watch, which could very well turn up on the red carpet at the Oscars. And it’s not just one new addition to the vast lineup of Omega watches, either – There are 26 different versions of the new Omega Constellation, which features an integrated bracelet and a distinct case silhouette, much like celebrated industry favorites such as the Patek Philippe Nautilus and the Audemars Piguet Royal Oak. 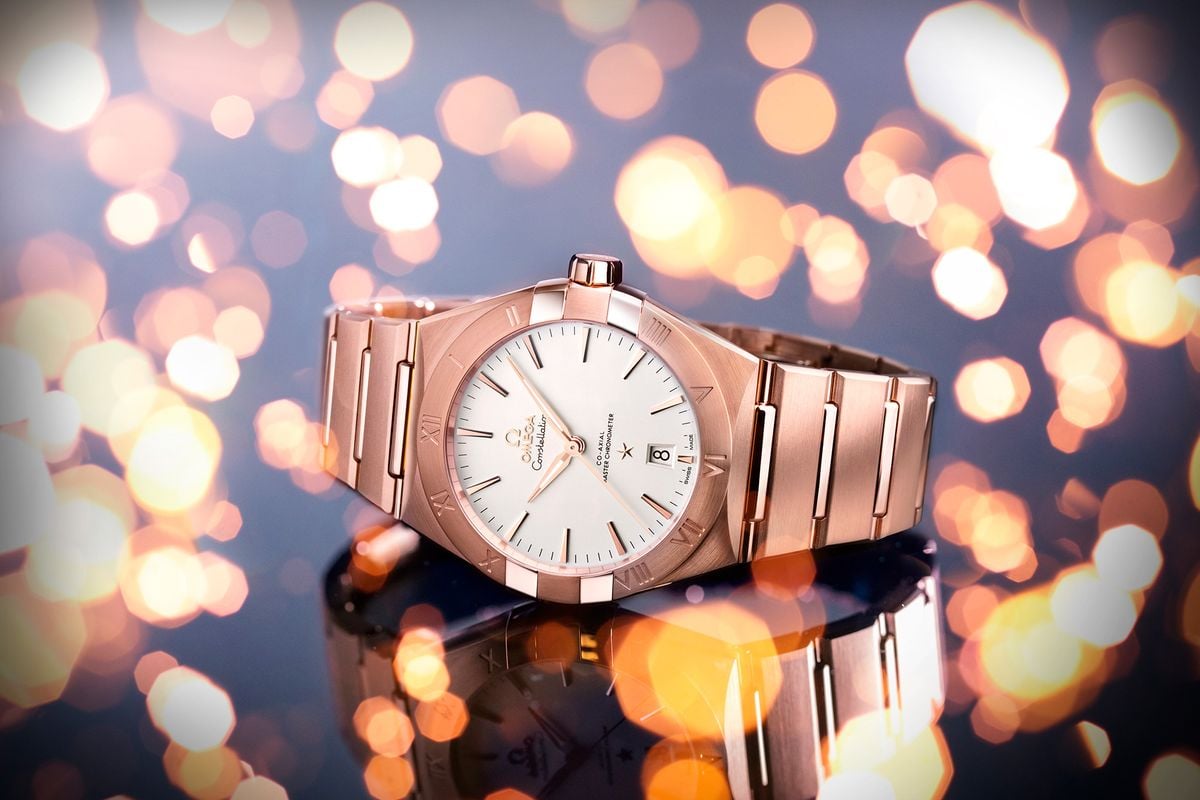 There are variants of the 39mm timepiece available in 18k yellow gold, 18k rose gold (Omega calls their proprietary blend Sedna™) and of course stainless steel – all designed to “exude a refined sense of luxury and elegance.” Additionally, all of the Constellation collection has now been upgraded to Master Chronometer status, the Swiss industry’s “highest certification for precision, performance, and magnetic resistance,” as the brand notes. 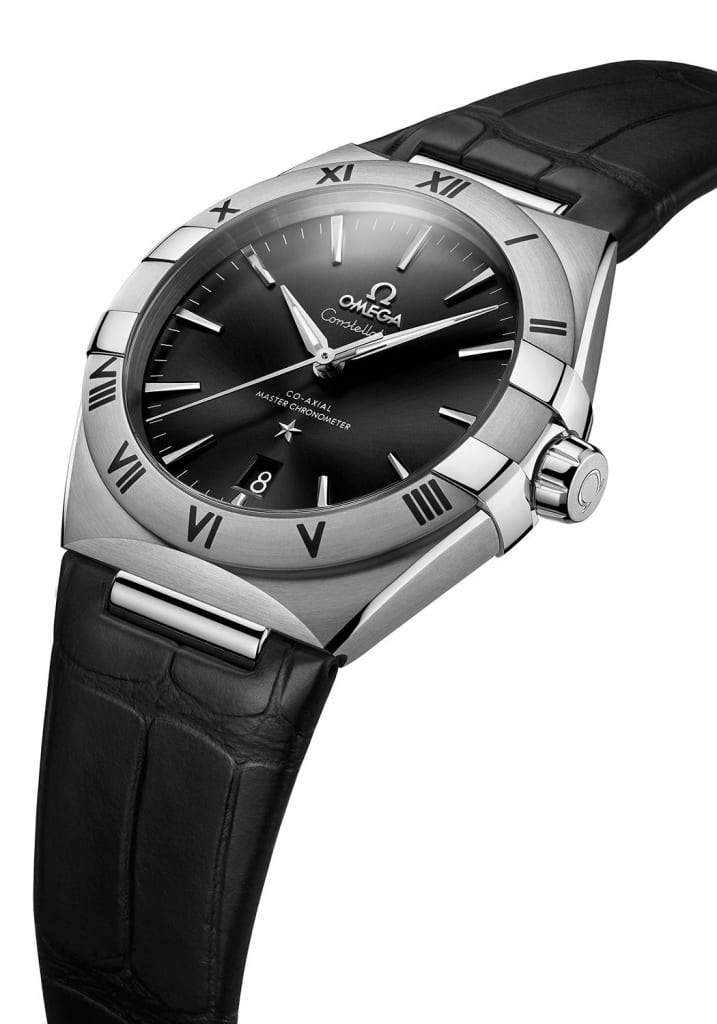 Perhaps the most interesting individual feature of the new watch is that it includes a subtle tribute to 9/11 in the form of redesigned hands and hour-markers inspired by the Freedom Tower in New York City. The Freedom Tower replaced the destroyed World Trade Center buildings in 2014. Designed by David Childs of Skidmore, Owings & Merrill, it is the tallest building in the United States and the tallest building in the Western Hemisphere.

Other key details of the new Omega Constellation include polished and beveled edges along the case, signature “claws” – now slimmer to fit gracefully around the case, thinner bezel with redesigned Roman numerals, conical winding crowns, and integrated bracelets with new mid-bar links and a comfort-release function. Leather straps in various colors are also available. 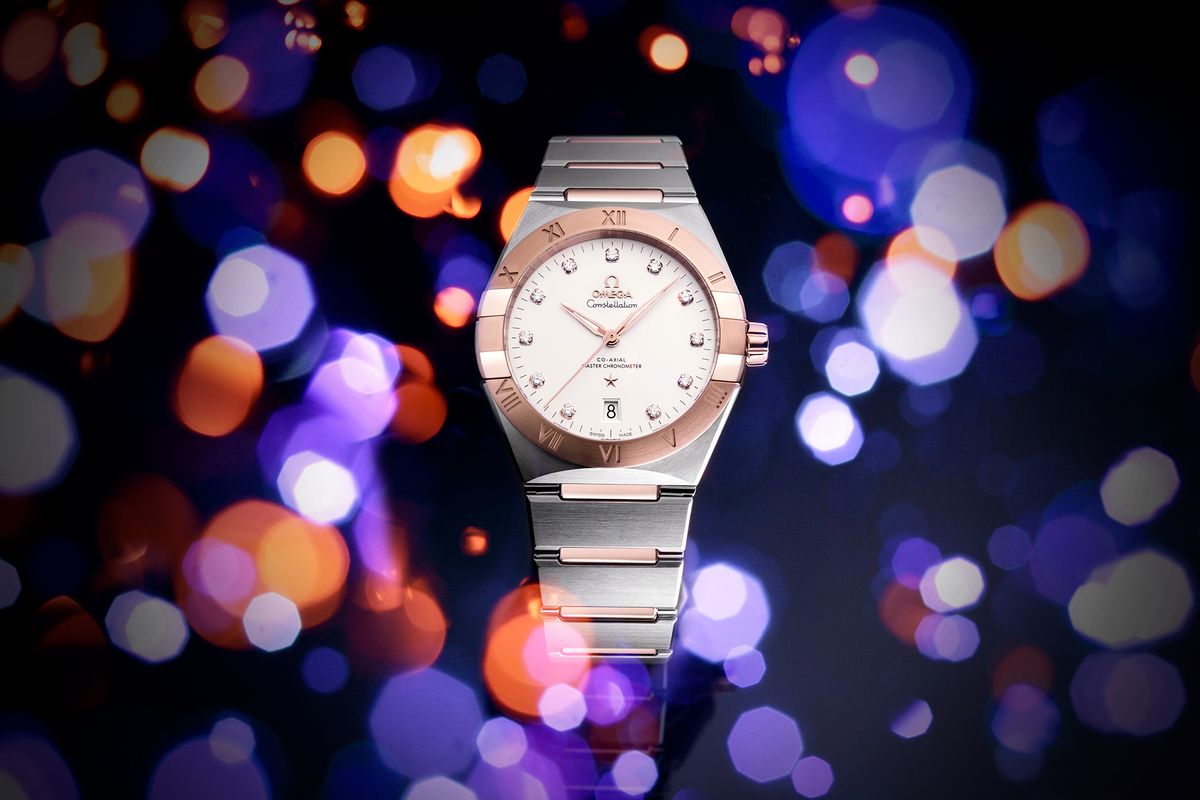 The Omega Constellation line was first launched in 1952, and its defining features first debuted in the refresh launched in 1982. These included a barrel-shaped case with half-moon facets at the top and bottom, the model’s unique “claws” on the side of the case, the mono-link bracelet, and a perfectly circular dial framed by indexes on the bezel. All of these traits have appeared on the Constellation models over the years, and have helped define the collection ever since.

“Men who wear Omega timepieces expect sophistication and excellence,” states Raynald Aeschlimann, President and CEO of Omega, in regards to the new watch. “These new Constellation models deliver these exact qualities and much more. They are a testament to our history and our innovation, as well as our constant pursuit for refinement.” 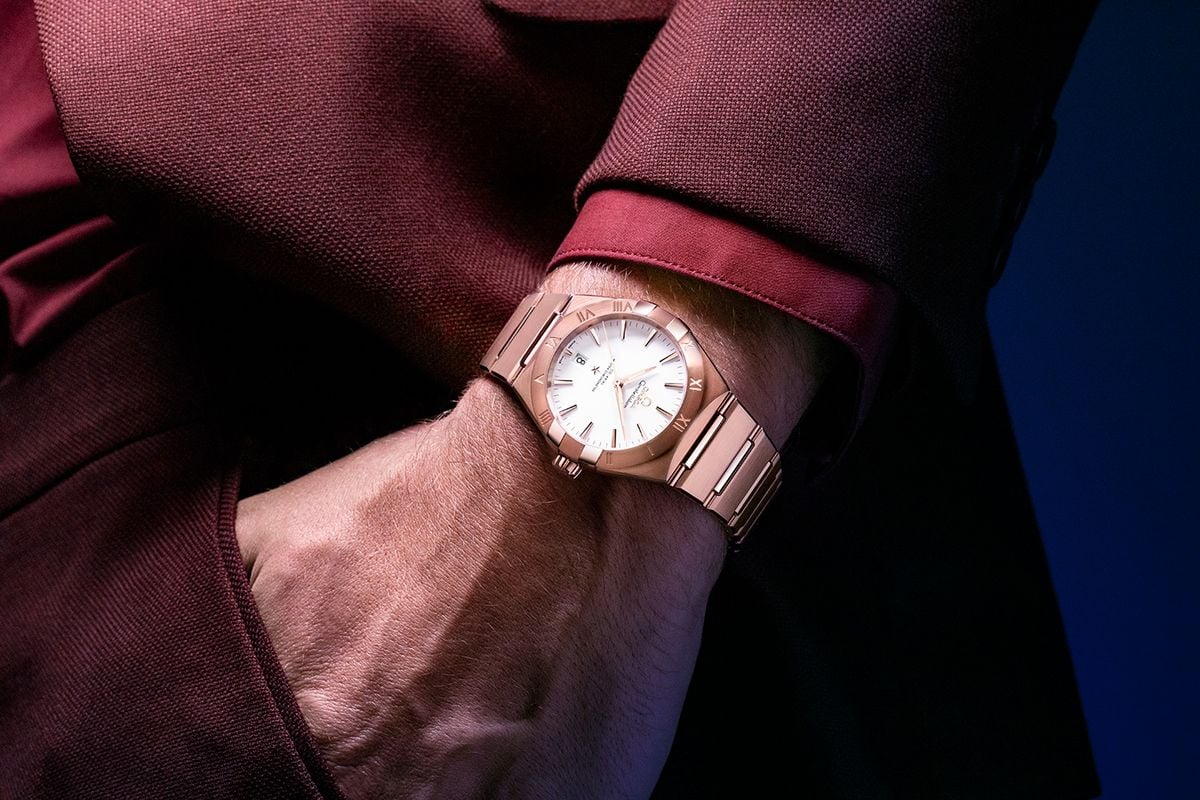