TAG Heuer ambassador Tom Brady has something else to show off besides that shiny Vince Lombardi trophy for winning a record 5th Super Bowl: a one-of-a-kind Carrera Heuer Tourbillon engraved with “5 CHAMPIONSHIPS” on the case back. Brady was presented with the unique timepiece in Boston. The LVMH-owned watch brand feted the famed quarterback with 200 TAG Heuer VIPs. The Carrera Heuer-02T Tourbillon is a classic chronograph combined with a titanium and carbon flying tourbillon. TAG bills it as the only COSC automatic chronograph with a tourbillon produced by the Swiss watch industry for under $15,000. Of course, Brady’s bespoke version is worth a hell of a lot more.

Brady also wore a titanium TAG Heuer connected smartwatch at the Super Bowl 51 press conference before the big game. But despite his high profile, and highly profitable, association with the brand (which began in 2015), Brady has not always been a TAG loyalist. he is a longtime classic Rolex Milgauss GV fan, and an Audemars Piguet fan. Brady was also spotted sporting a Royal Oak. The Brady connection is likely to help TAG Heuer in its bid for ever-more horological prestige under the guiding hand of LVMH’s luxury watch guru Jean-Claude Biver.

Meanwhile, Brady’s teammate, Julian “Magic Hands” Edelman, demonstrated his loyalty to an even cooler brand following the big win. In his first public interview following the game, Edelman sported an Omega Speedmaster Dark Side of The Moon “Black Black” edition. It was seen on The Tonight Show with Jimmy Fallon. The $12,000 “Black Black” Co-Axial Chronograph is the stealthiest of all Speedmasters. It comes with a polished and brushed black ceramic case body, a matte black ceramic dial, brushed blackened hands and applied indexes coated with black Super-LumiNova. On top of all that a black lacquered tachymeter scale and a black ceramic clasp on a black coated nylon fabric strap. A badass watch for a badass catch. 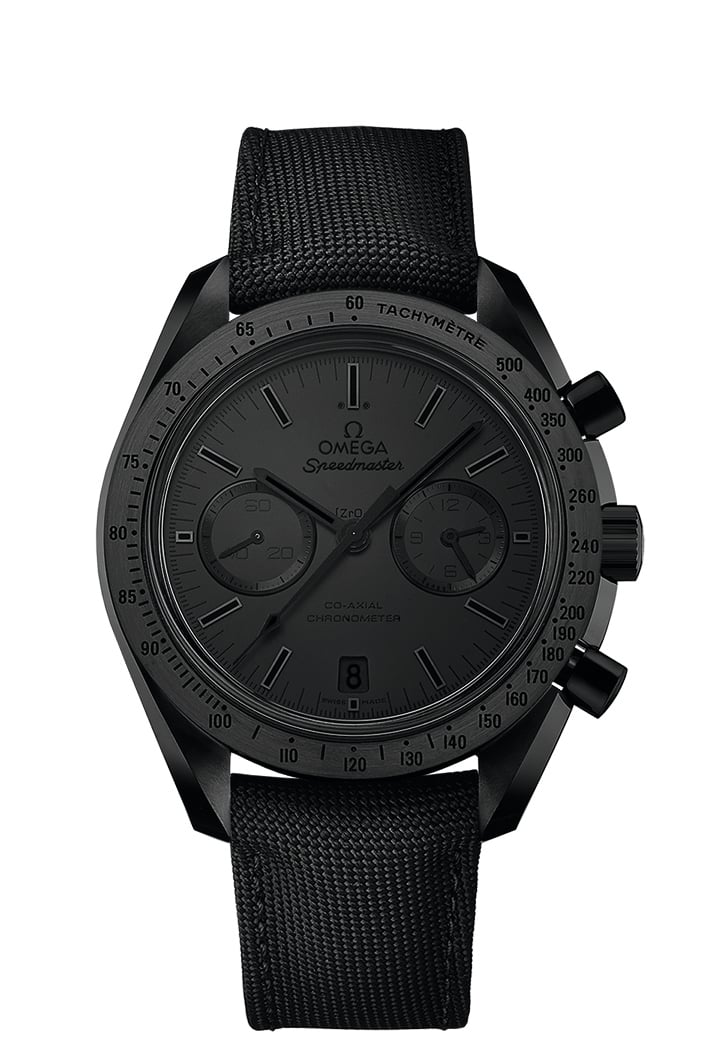