Vintage Rolex watches are a fun pursuit for collectors because there really are no two examples that are exactly alike. Not only was there more production variation present during the earlier years of Rolex’s history, but those that have survived have all aged differently over the years. Bezels fade, dials change color, and even two vintage Rolex watches that originally looked identical will now appear unique due to the different life that each watch lived.

Whether you are drawn to tool-like sports models to classic dress watches, wearing and owning a vintage Rolex can be a special experience. Our inventory of luxury timepieces is always changing, but here are 3 of our favorite vintage Rolex watches that we love this April. 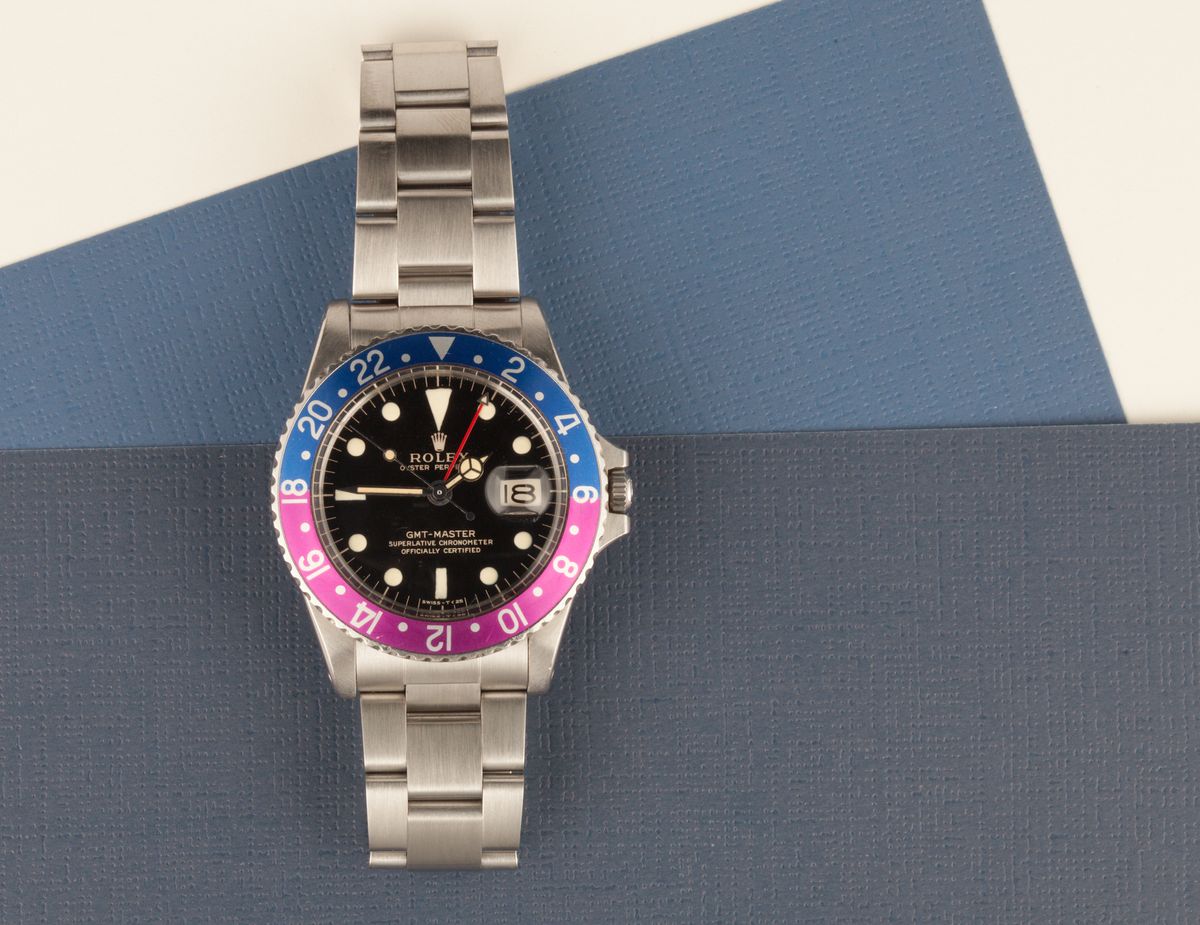 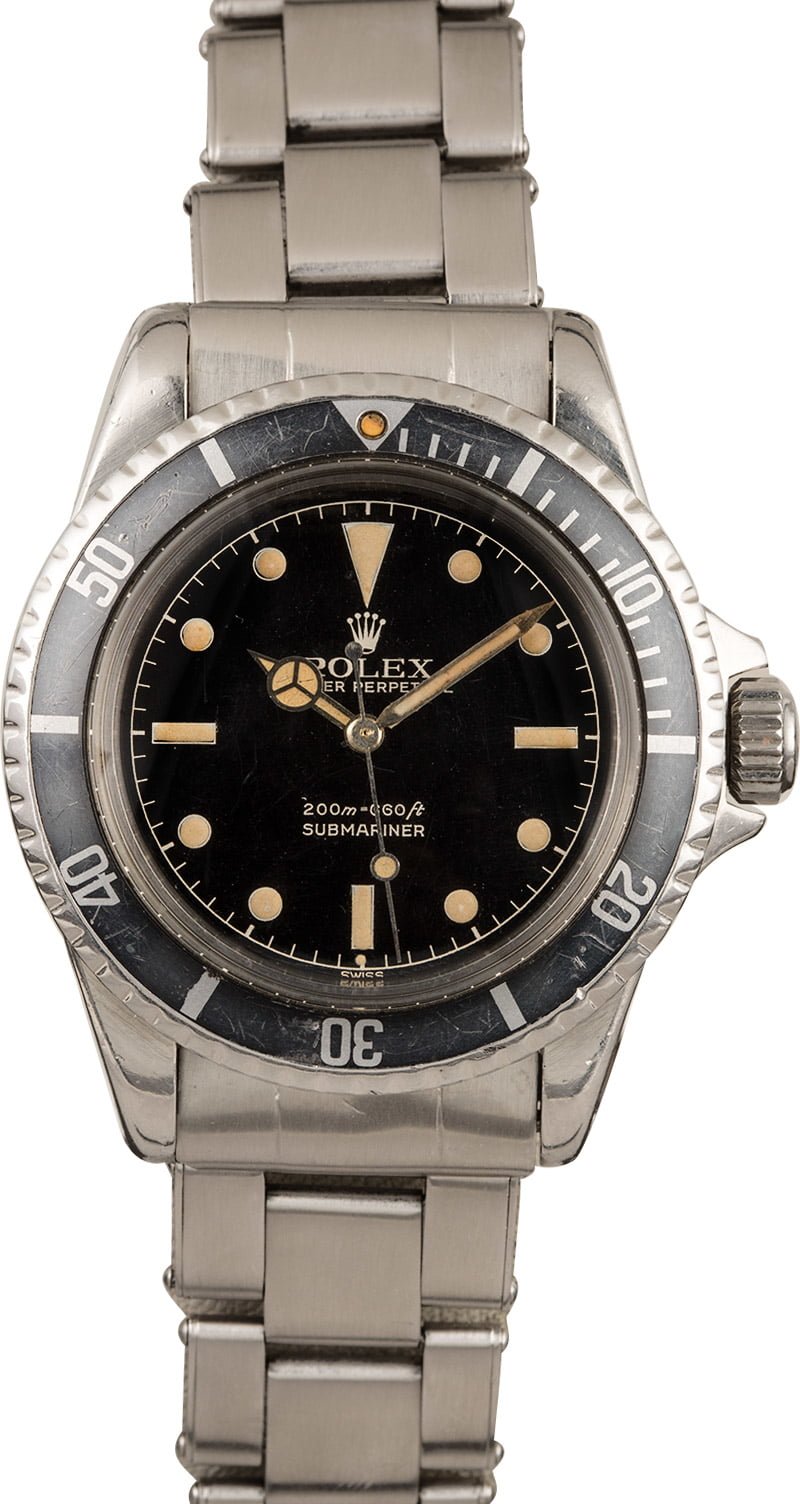 The Rolex Submariner is an icon within the industry, and certain rare models rank among the most collectible timepieces on earth. As one of the very first dive watches ever invented, it helped pioneer an entire genre of underwater timepieces, and its rugged stainless steel case and Oyster bracelet are built to stand the test of time.

The Rolex Submariner ref: 5512 is a vintage no-date model and the first to introduce crown-guards to the collection. This particular example boasts a glossy gilt chapter ring dial, and as an early example of the reference, it does not feature the additional 2 lines of chronometer-certification text that can be found on later-era ref. 5512. Submariner watches.

The lume on the dial and hands of this Submariner 5512 has developed a warm and rich patina; however, it is the tiny dot of lume below the 6 o’clock hour marker that gives this gilt Submariner have an ‘Exclamation Dial’ – a trait that is believed to signify the switch to a different type of luminous material, and one that is now very rare and highly sought-after by collectors.

The Rolex Submariner 5512 was first introduced in 1958 and remained in production until 1978, making it a highly desirable vintage Rolex model to own. Like other early examples of the ref. 5512, this particular watch features a case with rare and desirable pointed crown guards, along with a vintage rivet-link Oyster bracelet.

Representing everything important about Rolex’s heritage in creating beautiful diving tools, the Submariner (also known as the James Bond watch) marked an important milestone for the brand. Not only was it the first automatic diving watch with 100-meter water resistance, but it set the standard for what a dive watch should be. 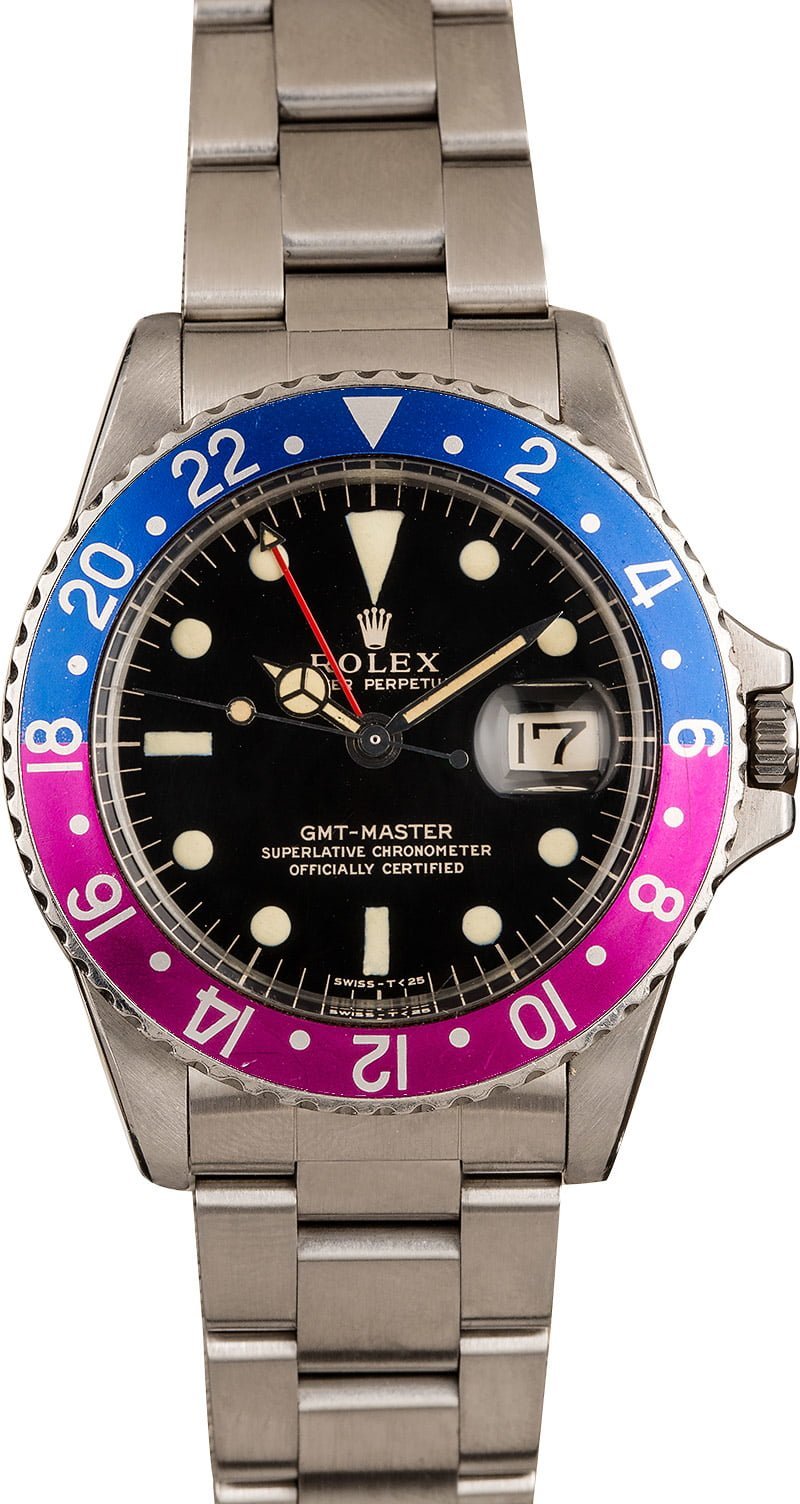 It was the unmistakable look of the GMT-Master’s bi-color bezel that made it so recognizable when it was first introduced in 1955. The feature enabled airline pilots to differentiate between day and night hours on the 24-hour scale. This beautiful vintage Rolex GMT-Master ref. 1675 features a red and blue ‘Pepsi’ bezel that has faded over the years to a unique fuchsia color that sets it apart from other Pepsi GMT watches.

While the ref. 1675 enjoyed a remarkably long production period, early examples – including this particular one – were fitted with glossy gilt dials, rather than the matte dials found on later-production watches. A creamy patina on the lume of the hands and hour markers compliments the golden text on the dial, creating a beautiful and unmistakably vintage appearance.

Like other early-production examples of the GMT-Master 1675, this particular watch is fitted with a small GMT hand, which further sets it apart from the later-era examples, which much more closely resemble the style of hands fitted to more modern GMT-Master watches. Additionally, many of the ref. 1675 watches that originally were fitted with a small GMT-hand no longer have them, as it was customary to replace worn or damaged hands during repairs or routine service.

Pepsi GMT watches are incredibly popular right now, with both modern and vintage examples selling for a significant premium. Vintage Rolex GMT-Master watches like this ref. 1675 will not only appeal to collectors of retro pilot’s timepieces but also to those in search of an investment piece that can still stand up to the rigors of everyday wear.

The Rolex Milgauss often does not receive as much attention as many of the other watches in Rolex’s Professional lineup, and historically, it has not been one of Rolex’s best-selling watches either. However in more recent years, the value of a vintage Rolex Milgauss watches has absolutely soared, and early references are now a prime target for vintage collectors.

Considering the overall shortage of stainless steel Rolex Professional watches and the massive collectability of vintage examples, this particular ref. 1019 Milgauss makes for a fantastic investment. The reference 1019 was the second generation of the Rolex Milgauss, and although the model remained in production for a relatively long period of time, a surprisingly small number of examples were sold. Rolex Milgauss 1019 watches are pretty rare in general; however it is the dial on this particular examples that really sets it apart.

The Milgauss was developed by Rolex as an antimagnetic watch specifically for professional scientists. The watch’s capability of withstanding fields up to 1,000 gauss made it an integral timekeeping tool worn by scientists at the European Organization for Nuclear Research (CERN) in Geneva. While the Milgauss was safeguarded from the magnetic fields of the laboratories, the luminous material that Rolex was using at the time was radioactive, and to prevent the radioactivity from potentially interfering with sensitive lab equipment, a special non-luminous dial was created.

Milgauss 1019 watches can either be found with black or silver dials; however there are actually two different variations of the silver dial. The standard one features luminous material on the hour markers and hands (just like the black dial variant), but Rolex also produced a version, specifically for the scientific community like those working at CERN, that did not have any luminous dots at all. Additionally, instead of having luminous strips on the hands, the hands of a CERN Dial Milgauss 1019 are filled with black to match the hour markers.

Not only is this particular ref. 1019 an example of the incredibly rare ‘CERN Dial’ Milgauss watches, but it is fitted with a vintage rivet-link Oyster bracelet and even still is accompanied by its original presentation box and paperwork, making it an ideal target for any serious vintage Rolex collector.