A Few of the Best Smart Money Omega Watches

Some may occasionally poke fun at Omega’s knack for pushing out countless different references and dial/strap variants each year, but the reality of the matter is that this generates a diverse assortment of Omega watches for all of the collectors and enthusiasts out there. With such a wide range available, a decent number end up on the secondary market at significant discounts, and these models represent some of the best value propositions in the entire luxury watch industry.

The exercise here is simple, we’ve taken a pass through the Bob’s Watches inventory, and selected a small handful of Omega watches that are an absolute bargain given their specs, style, and connection to legacy collections. Wondering which watches made the cut? Well let’s get to it. 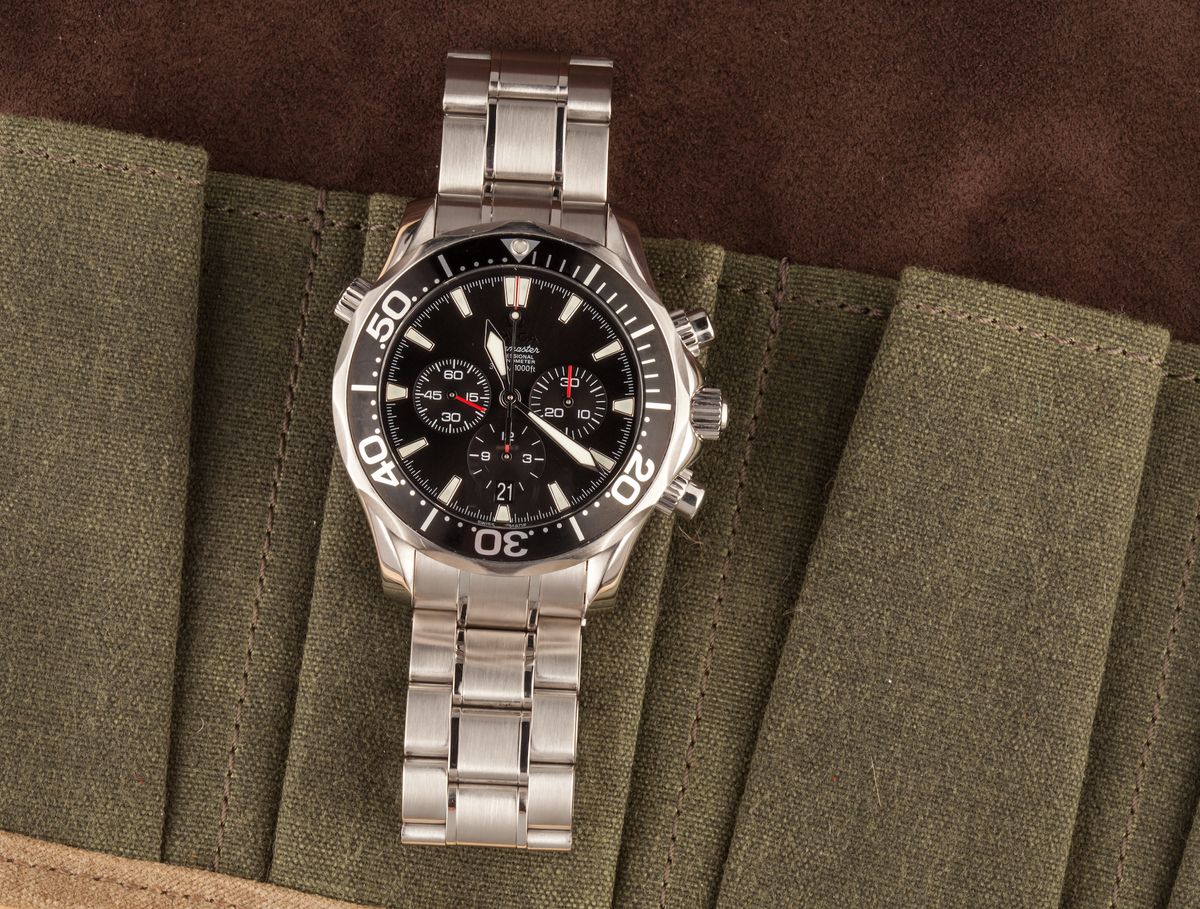 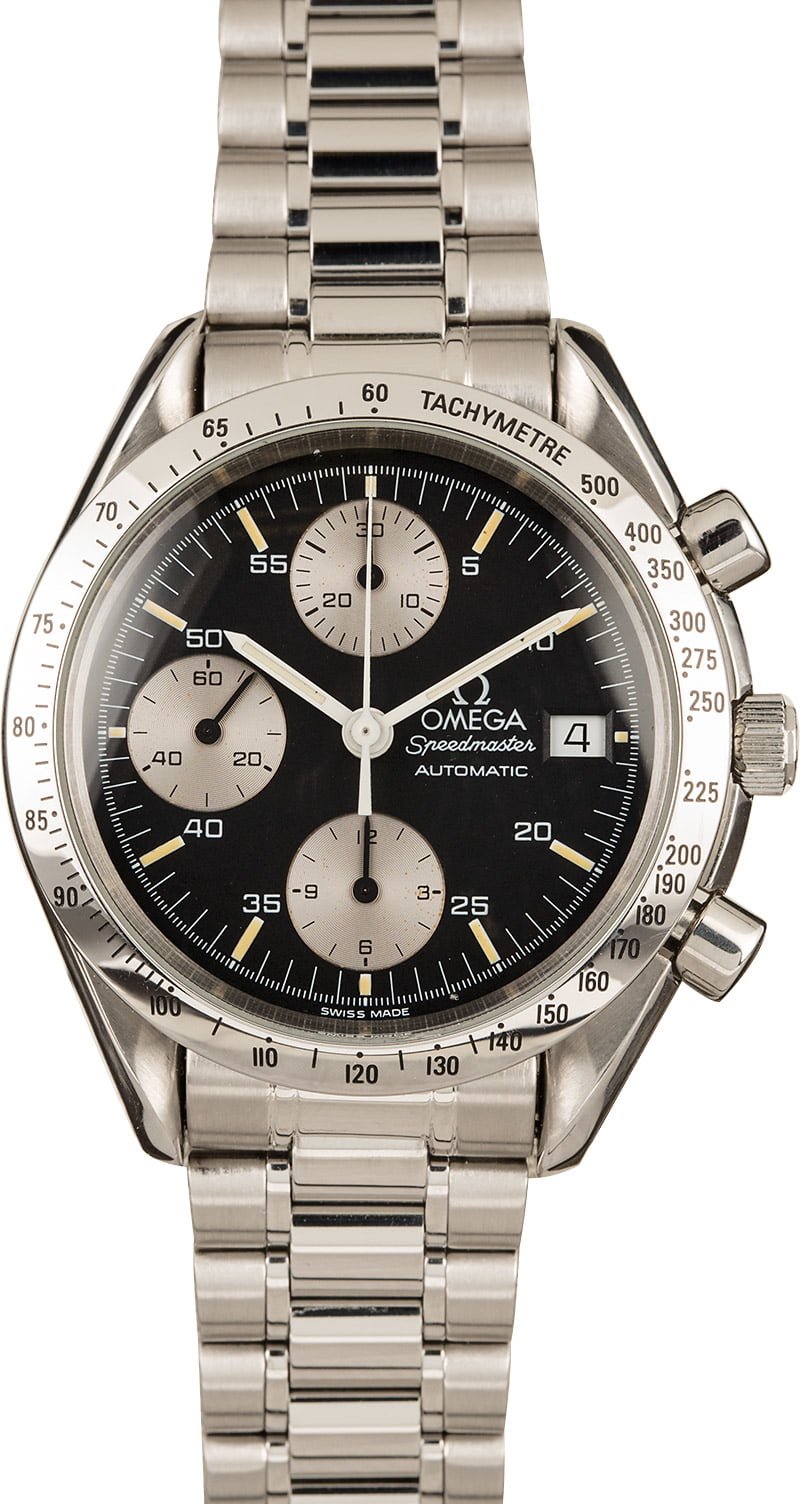 Yes, of course we’re starting with a Speedmaster. Many would have selected the Speedmaster Reduced – a watch that sells for roughly the same price as this reference and one that’s been becoming significantly more desirable in recent years, but hear us out. The Reduced is cool, but the positioning of its sub-dials draws criticism from some collectors of Omega watches for being too close to the perimeter of the dial.

Sure, the Speedmaster Automatic ref. 3511.50 doesn’t have the typical 3-6-9 sub-dial configuration, but instead you get a seriously sharp silver panda dial chronograph fitted with an engraved steel bezel and compact 38mm case dimensions. It’s and extremely handsome watch, and one that stands out as a ‘hey, what’s that?’ rather than ‘Oh look, another Speedmaster.’ Simply put, it’s a smart way to rock an icon on a budget without blending into the masses. 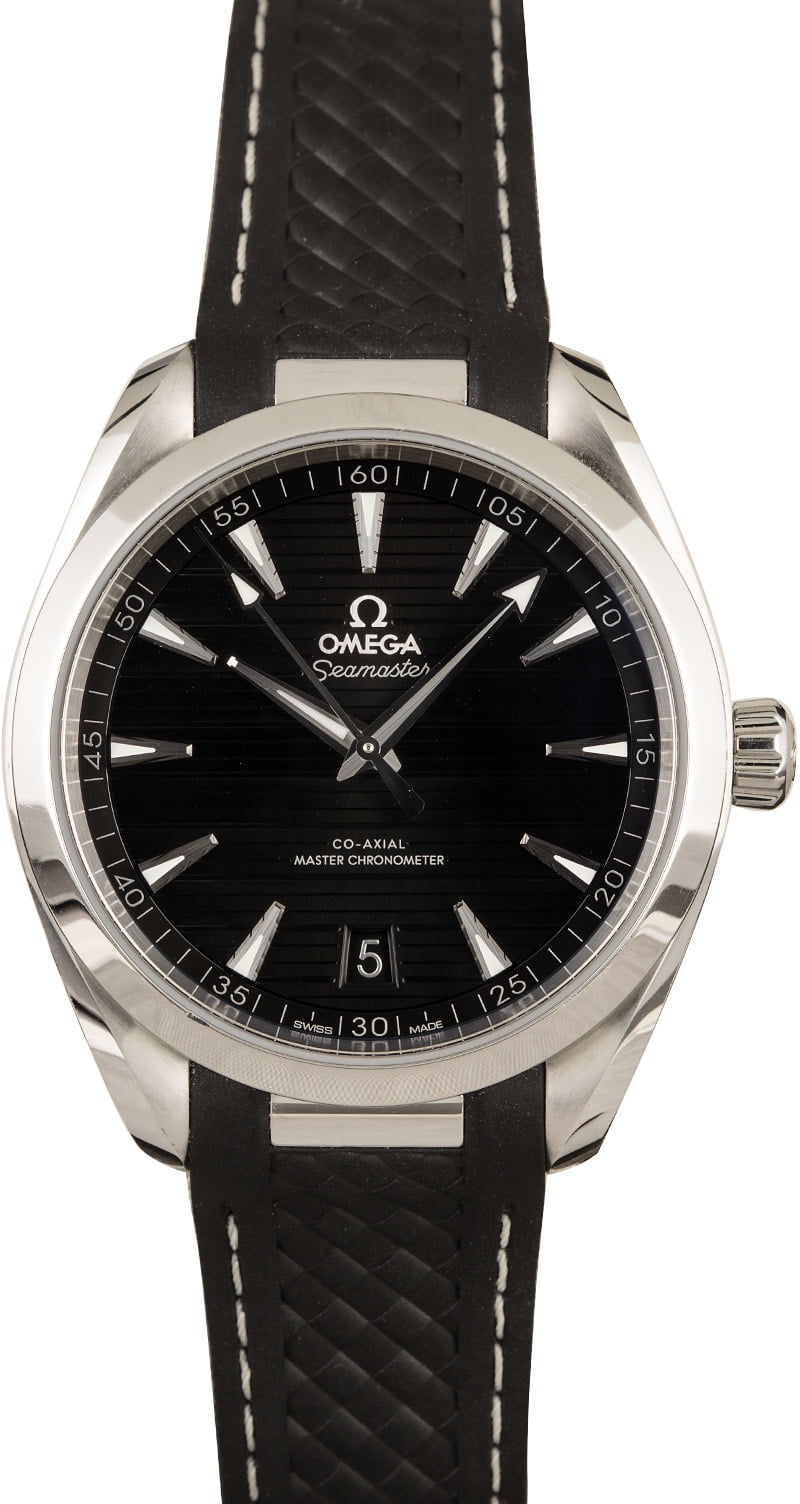 There’s no two ways about it, the Aqua Terra is an unsung rockstar among the various Omega watches that make up the brand’s current catalog. The piece is Omega’s response to the Rolex Milgauss. It’s resistant to 10,000 gauss, it runs a Master Chronometer Co-Axial movement, and frankly it’s just a damned handsome looking watch. The best part? You can snag one on any given day for about half the price of a Milgauss.

It may not be a Rolex, and it doesn’t have that funky green sapphire crystal and lightning bolt seconds hand, but it might just be the best ‘sleeper watch’ that Omega has ever made. On a matte black textured rubber strap it’s an incredibly versatile casual daily wearer, and one that’s easily dressed up by swapping out for a steel bracelet or leather strap. 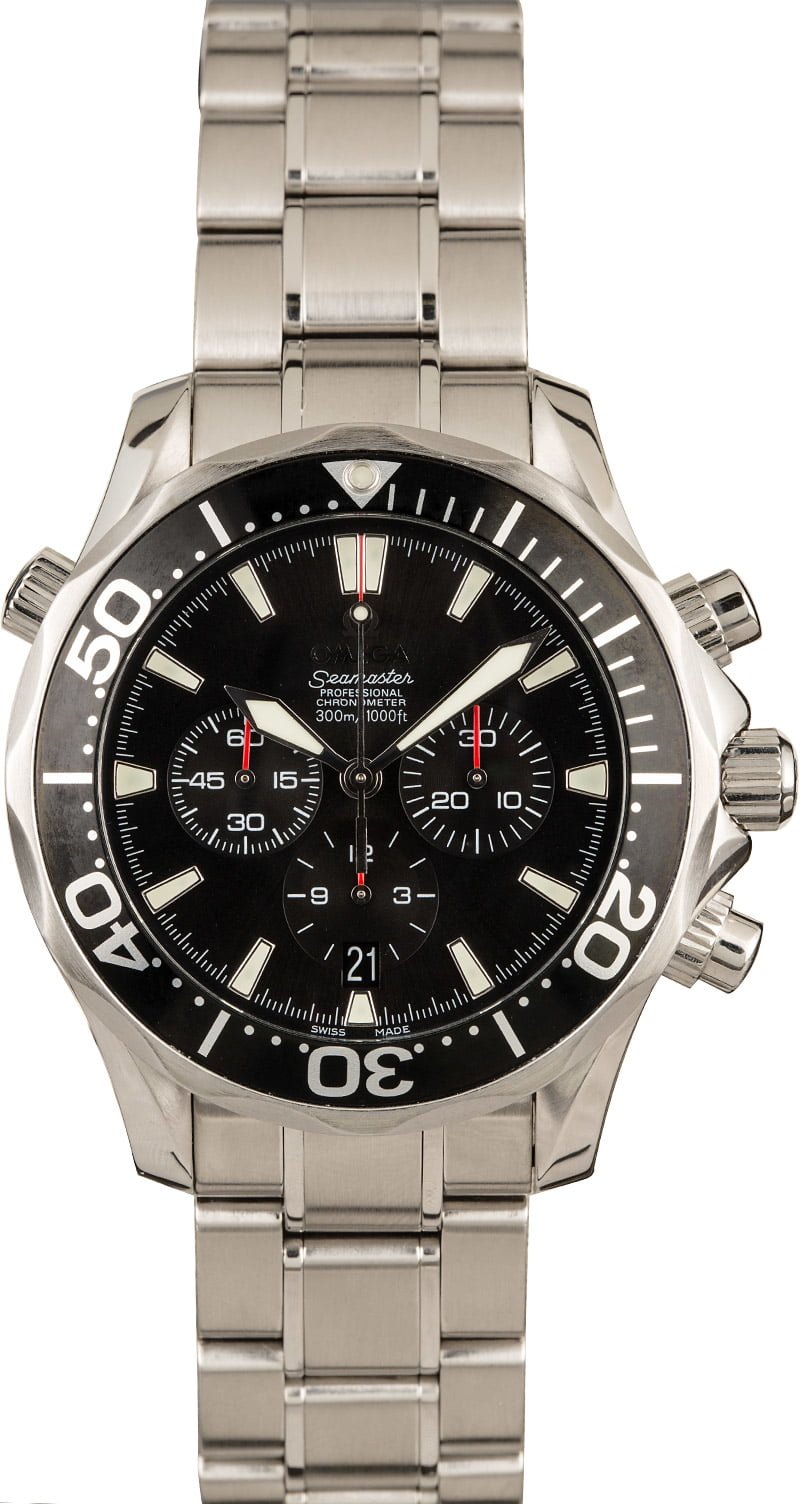 This particular reference of Seamaster Diver chronograph just never got as much love as it deserved. Of the numerous Seamaster chronographs, many were these giant bulky things that could only be pulled off by those with larger wrists. Effectively they were mostly targeted at the 44mm Panerai crowd more than anything. Alternatively, this version comes in at a much more modest 41.5mm in diameter – a perfect size for a wide range of wearers.

Its black dial and hands give the piece a slightly more understated look than other variants of the watch. Its timing bezel delivers a smooth yet firm click with each movement, and thanks to the use of screw-down pushers, the dive-rated chronograph is good for 300m of water resistance. As much as some tend to lean towards the blue dial ‘Bond Seamaster’ references, this black version offers the most all-around versatility. 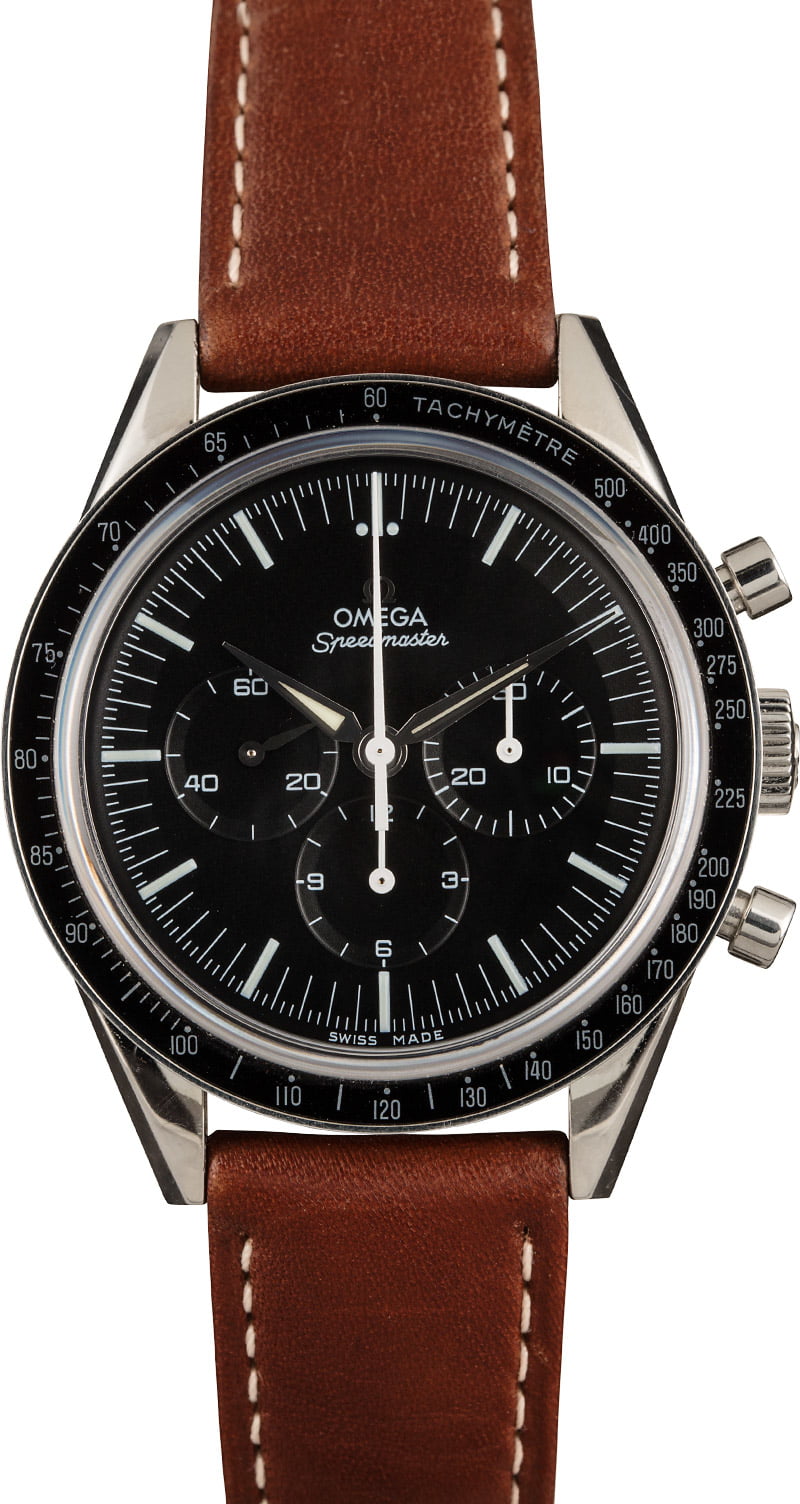 The FIOS has been a talking point ever since Omega reissued the famed Caliber 321 Speedy with an astronomical sticker price. While this piece doesn’t use the same legendary movement, it remains a fantastic tribute to Omega’s first jaunts outside of the atmosphere.

For those who are wondering, FIOS stands for First In Outer Space, as it is a recreation of the watch first worn by Wally Shirra in 1962. This was before Omega successfully won the bid to supply NASA, and before the idea of a Speedmaster on the moon was ever hatched. Looking at new retail prices, the FIOS is already affordable, as you can buy approximately 2.67 of them for the price of a Cal. 321 reissue. On the pre-owned market for under $4k, they’re a proper bargain.