In recent years, Rolex’s portfolio has started to include far more complicated watches than ever before. From the start of the new millennium, we have had the Sky-Dweller, with the first annual calendar the brand has ever put into production; along with the Yacht-Master II, with its one-of-a-kind regatta countdown timer. Among the pure dress watch series, we have a moonphase complication in the Cellini collection, something we haven’t seen since the 1950s.

As impressive as these all are, models with added functionality were most definitely not how Rolex first made its name, and they are not what keeps the manufacturer at the very top of horology’s pecking order. Instead, Rolex built and sustained its reputation on crafting the most impeccably engineered tool watches: pieces which first and foremost did a job, and did it for a long time. More often than not, they were as minimalist as it is possible for a wristwatch to be – three hands to tell the time, and often without so much as a date display. And two of the best still around today are the Rolex Submariner No-Date and the Explorer. 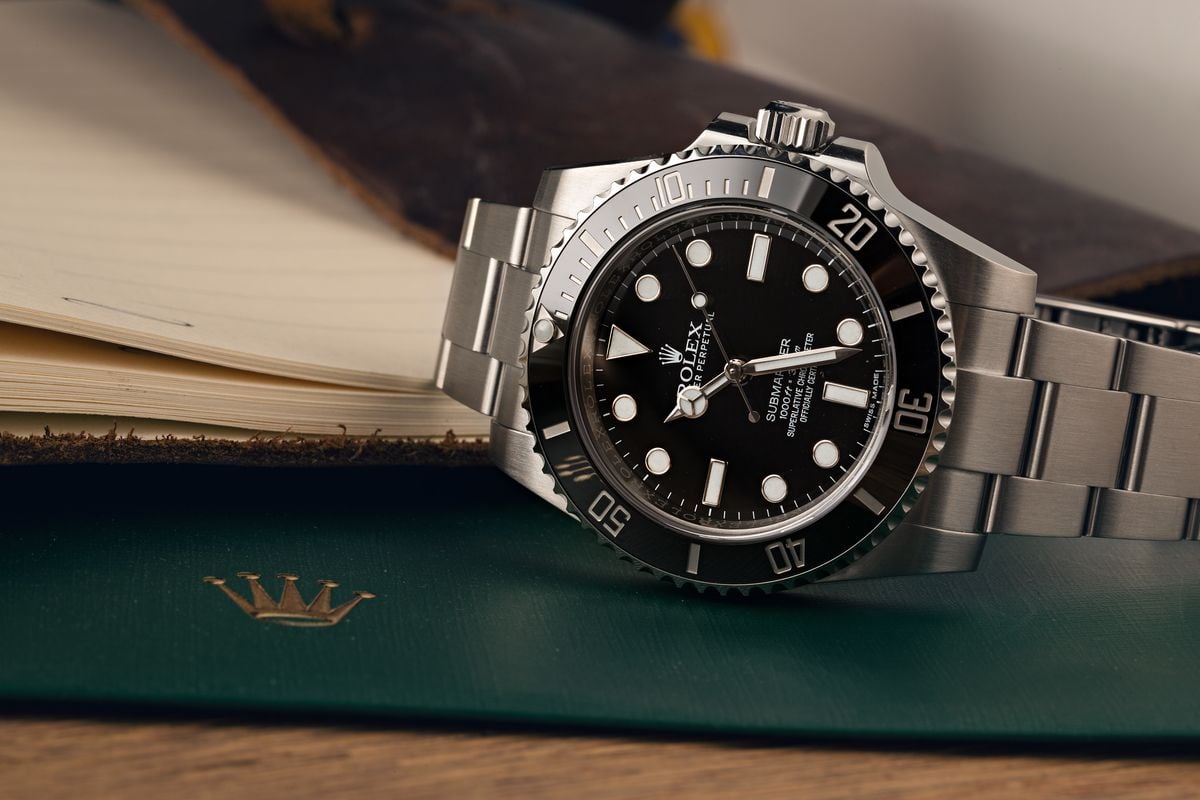 Both watches were launched within a year of each other, with the Explorer just winning out when it appeared in 1953. Its origins are well known; released to commemorate the maiden ascent of Everest by Hillary and Norgay, in an expedition part sponsored by Rolex themselves. The Rolex Submariner followed shortly after, the first watch guaranteed water-resistant to 100m, and designed to capitalize on the burgeoning sport of SCUBA diving.

They each went through a relatively turbulent time in their early years as the brand worked on finalizing their designs – the Sub especially, which was into its ninth reference by the end of the 50s, some coming and going within a few months. However, by the 60s, both models had advanced enough for things to settle down a bit. In 1963, for example, the Explorer ref. 1016 emerged and it went pretty much unchanged all the way up to 1989.

As for the Rolex Submariner, with the introduction of crown guards and a reworked bezel design (courtesy of input from the British Royal Navy, for whom it became standard-issue) its basic aesthetics were also set for the next several decades. However, in 1967 the Sub went through its biggest shakeup when Rolex fitted it with a date function. Causing controversy among those who saw no need for such a thing on a dive watch, the brand decided to keep both versions, date and no-date, and both have endured ever since.

While the Submariner Date range was the one granted far more diversity over the years, with Rolesor and even all-18k gold versions becoming mainstays in the collection, both the no-date Sub and the Explorer have always remained exclusively stainless steel models. In that way, they have underlined their inflexibly tool-like roots, keeping as far away from the ‘status symbol’ tag as any Rolex really can.

However, that doesn’t mean they haven’t benefited from the manufacturer’s relentless drive for perfection. The current generations of each model are forged from Oystersteel, part of the exceptionally tough 904L family usually reserved for the aerospace industry. Since 2012, when the latest Submariner (ref. 114060) was introduced, it has been fitted with the proprietary Cerachrom bezel, a ceramic alloy that is virtually fade and scratch proof.

Inside, both models have movements derived from the Cal. 3135, the company’s longest-serving and most successful movement ever. Strangely, despite its reputation as the forgotten Rolex, the Explorer is the one with the marginally more up-to-date engine. Its Cal. 3132 just has the edge over the Sub’s Cal. 3130 in its use of Paraflex shock absorbers, said to improve resistance to knocks by up to 50%. In truth, it is really only a matter of time before both watches are given refreshed movements based on the newer Cal. 32xx series, already powering others in the lineup such as the Sea-Dweller, GMT-Master II, and Datejust 41.

Which Should You Choose?

The contemporary versions of both the Rolex Submariner and the Explorer differ a fair amount from previous iterations – or what constitutes a fair amount when talking about a brand that alters their designs as infrequently as Rolex. As well as the previously mentioned materials used in their construction, we have to look at their overall dimensions.

Although the Submariner has stuck to its time-honored 40mm, the ref. 114060 is housed in the Super Case, with lugs and crown guards almost twice the thickness of former models. It has given the watch a real presence on the wrist, adding a more muscular profile, something that has seen it gain and lose followers in equal measure among traditional Rolex buyers.

As for the latest Explorer, the ref. 214270 released in 2010 has retained more graceful lines, but it represents the first time the watch has grown beyond its 36mm shell and now comes in at 39mm – obviously still not enormous, but a significant concession to those who have been calling for larger watches across the board. The Sub, therefore, is the more noticeable of the two, and that emblematic bezel draws the eye even more.

The Explorer, as it has always been, is supremely understated, possibly among the most austerely beautiful watches Rolex has ever released. It too has its signature element in its 3/6/9 dial, giving it the advantage very slightly in legibility. It may also be the more comfortable all-day wear. The Submariner needs a bulky, fatter case back to ensure its 300m water resistance, whereas the Explorer’s 100m means it can be a little more slender, the watch hugging the wrist more closely.

While the two models sit on Rolex’s three-link Oyster bracelet, they differ slightly in their closures. As a dive watch, the Submariner has the Oysterlock safety clasp along with the Glidelock extension system that allows for adjustment of up to 20mm in 2mm increments, meant for a quick way to slip the watch over a wetsuit sleeve. On the Explorer, we also get the security of the Oysterlock, but as it is not envisaged to be used underwater, it has the Easylink instead, giving 5mm of variation to tweak when warm weather causes the wrist to swell.

Today, either the Rolex Submariner or the Explorer could be described as the ideal first Rolex. In fact, they could also be called the perfect ‘only watch’ – in that, if you wanted just one watch to cover any eventuality, both would more than fit the bill. Each is versatile enough in its looks to serve through a workday and just about any formal function, and tough enough to survive whatever a weekend brings.

In terms of functionality, the rotating bezel on the Rolex Submariner can actually be used for plenty of other things beyond timing your next underwater adventure. (Mine helped ensure I didn’t burn my dinner last night). The very slight tradeoff with that is that the Explorer might just have the edge as something to wear with a suit, as well as a t-shirt and jeans. The Sub is still the more sporty of the two, but it’s hard to think of anyone raising an objection at even the swankiest cocktail party.

In the end, both are truly exceptional pieces, backed up by more than 60-years of Rolex heritage, and the only right choice is the one that speaks to you the most. Whichever you end up choosing, be sure to check out the guaranteed authentic pre-owned selection in our online store for the best deal!