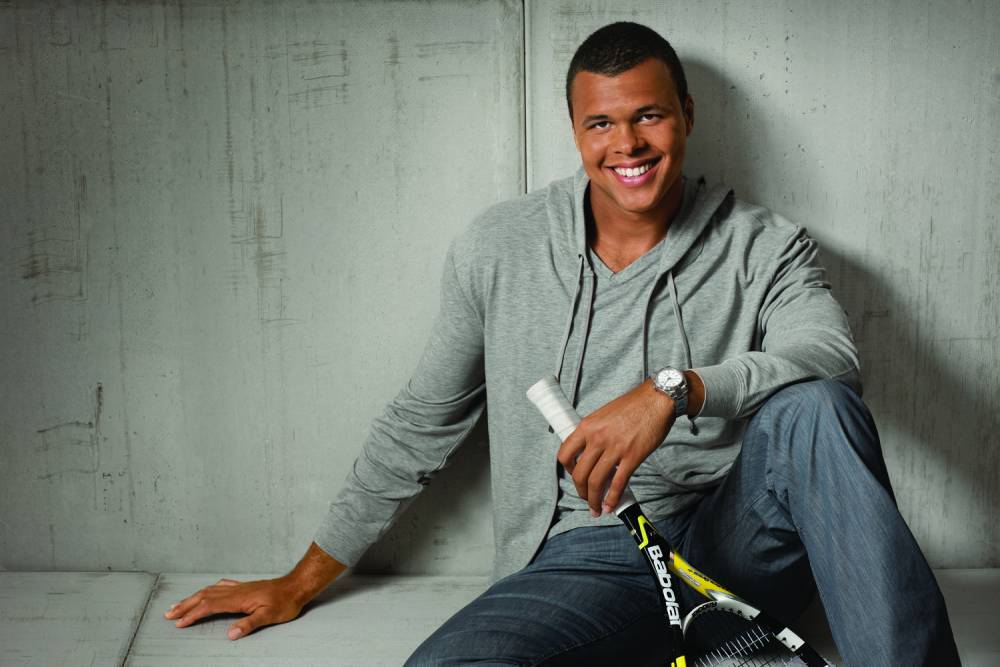 Thursday, May 26 was a good day for Rolex tennis ambassadors Jo-Wilfried Tsonga and Ana Ivanovic as they both won their matches to secure a spot in the third round of Roland-Garros. Both decked out in zebra print outfits, their game was not only strong but stylish too. 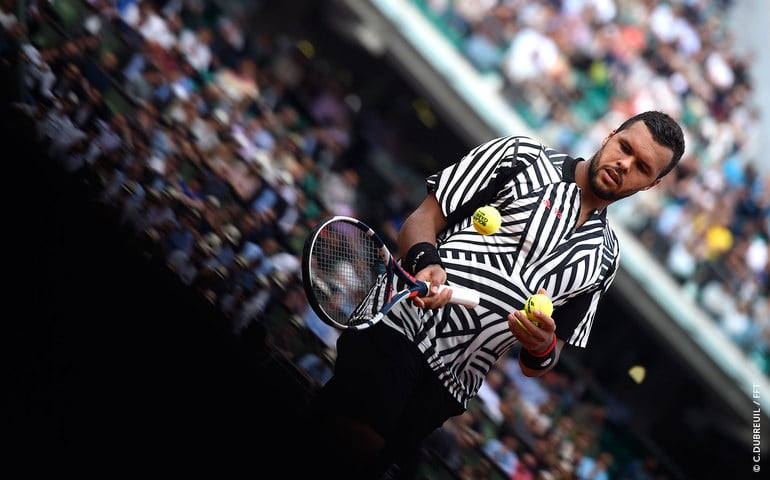 Jo-Wilfried Tsonga during his match against Marcos Baghdatis at Roland-Garros (Image: Roland-Garros. C.Dubreuil/FTT)

Frenchman and home favorite Tsonga never gave up during his tough match against Marcos Baghdatis where he made an epic comeback after being down 2 to 0 in the last set. The final score was 6-7, 3-6, 6-3, 6-2, 6-2. Tsonga is playing hard to come out victorious at the French Open as claiming top prize is even sweeter when done on home turf. He’ll be battling it out against Ernests Gulbis in his next round. 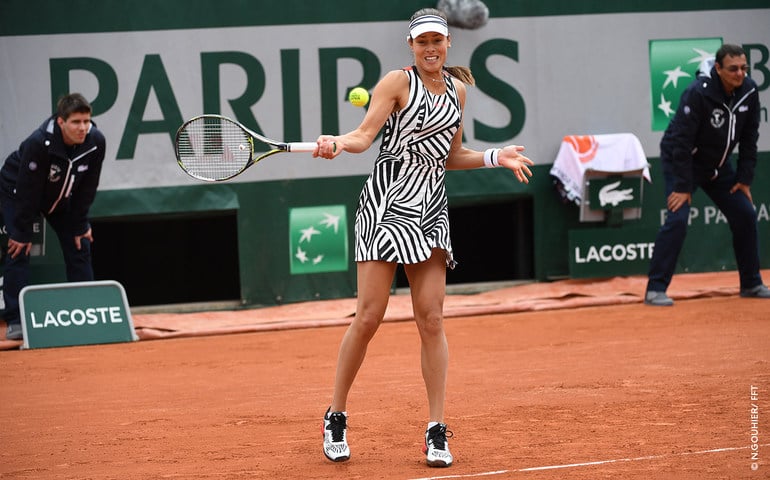 Former #1 player in women’s tennis, Ana Ivanovic beat Japanese player Kurumi Nara in two sets, 7-5 6-1, to breeze through to the next round. The Serbian tennis champ made it to the semi-finals of the French Open last year. Ivanovic will be playing Elina Svitloina in the next round. 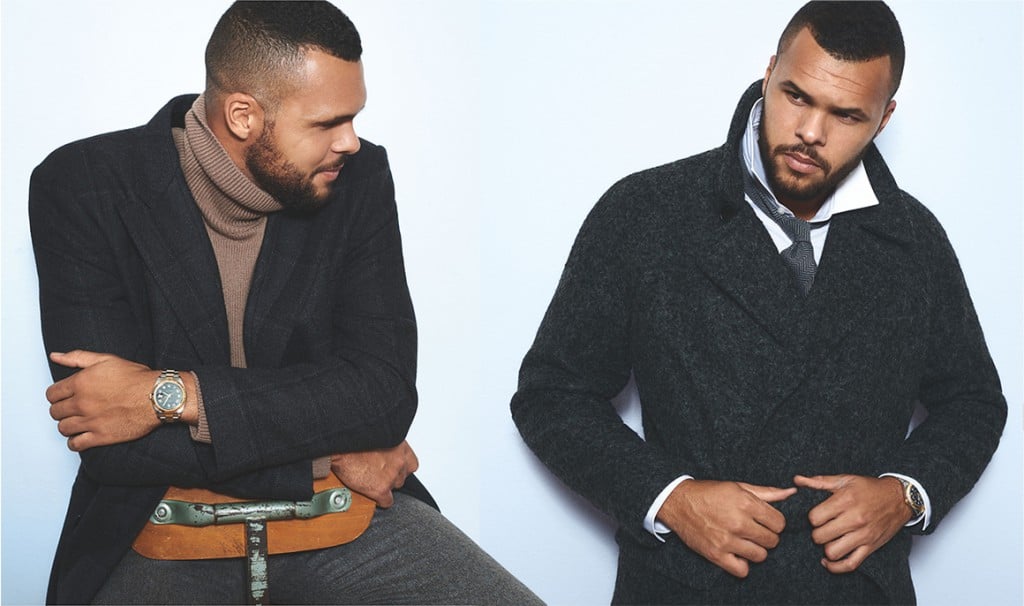 Jo-Wilfried Tsonga wears a two-tone Rolex Datejust with a green dial for a photo shoot with GQ France. (Image: GQ) 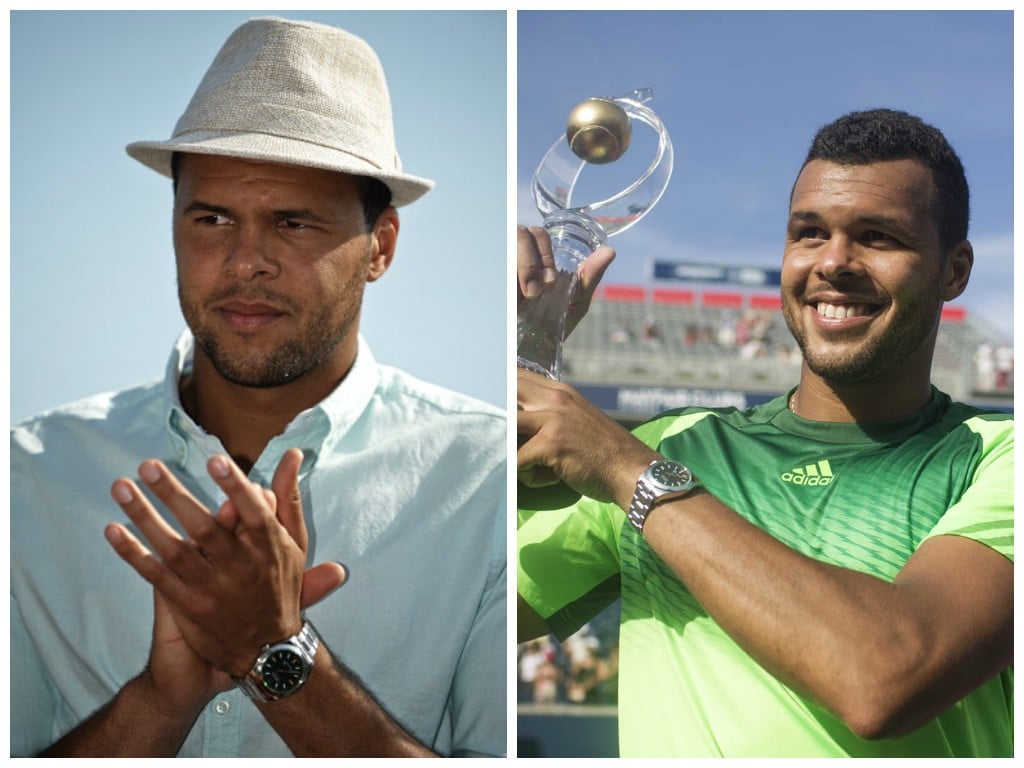 Ivanovic, known for her style both on and off the court, likes to wear both men and women’s Rolex watches on her wrist. Often seen donning a Daytona, in stainless steel and in Everose pink gold, Ivanovic beautifully shows how ladies can rock a gents’ watch. Ivanovic has graced countless magazine covers including Harper’s Bazaar and Bella, both of which she shows off her stainless steel Rolex Daytona. 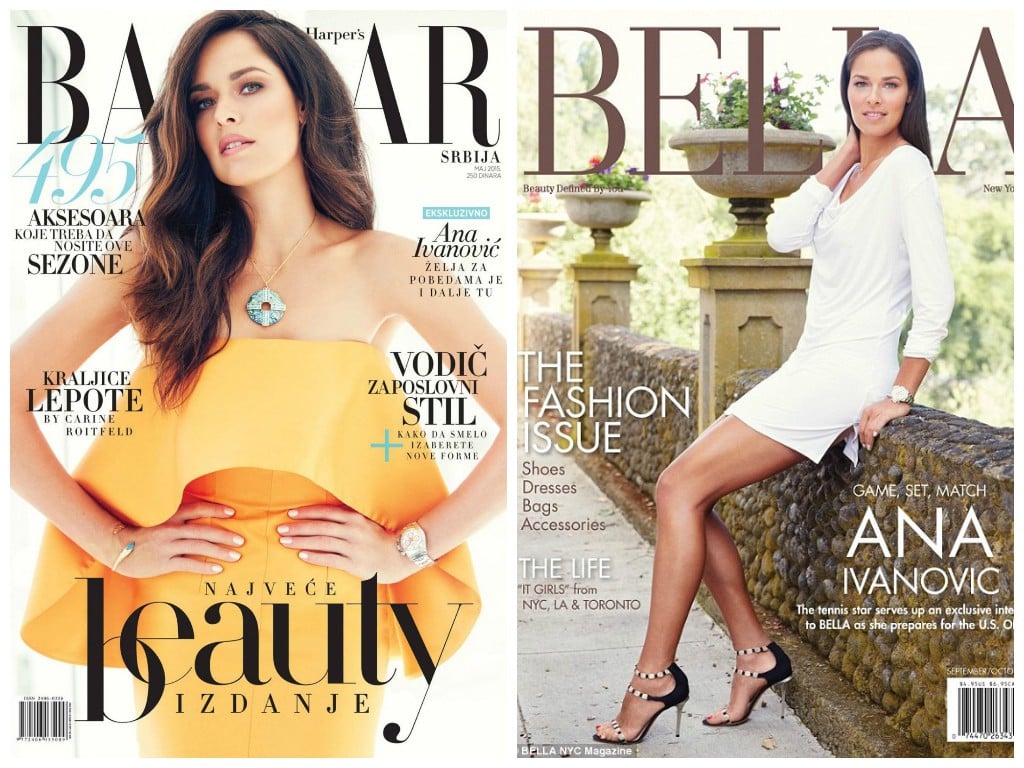 Ivanovic is also a fan of the Rolex Yacht-Master in Everose pink gold with black ceramic bezel and black Oysterflex bracelet. A superbly sporty, yet ultra luxurious timepiece, the tennis pro and the Yacht-Master are the perfect match. 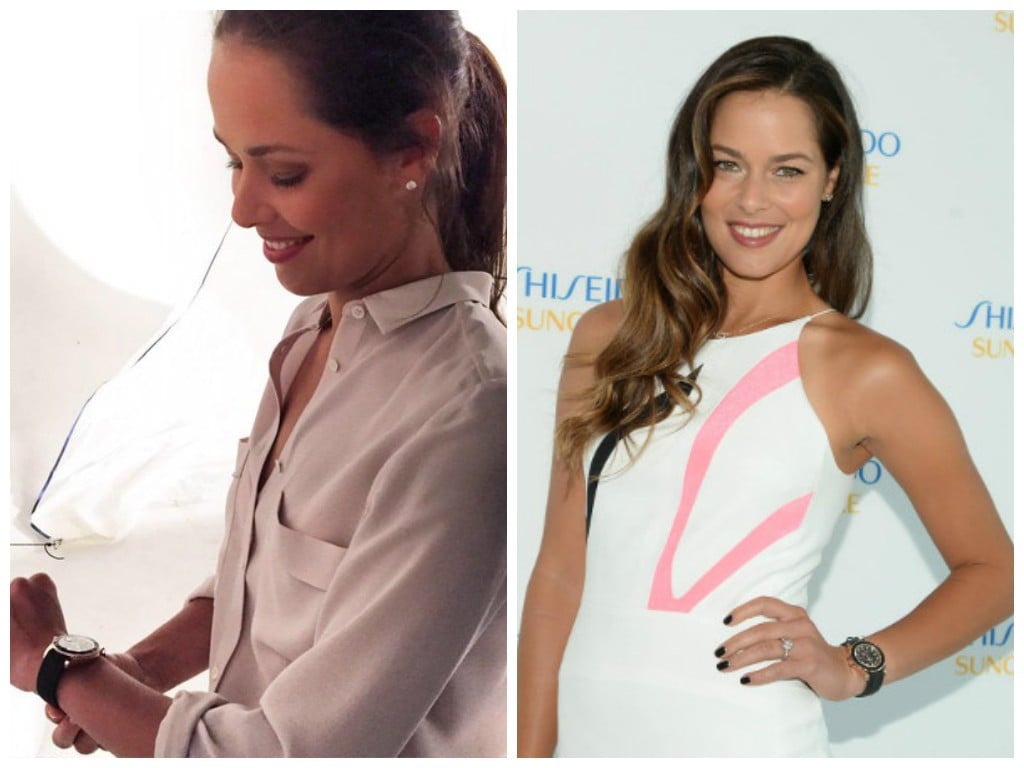 As Ivanovic and Tsonga continue their campaign towards victory, we hope to see them at the final trophy ceremonies in Paris next weekend clutching onto their trophies with a Rolex on their wrists.