Formula 1 Preps For The Last Race Of The Season

Engines will rev this weekend in Abu Dhabi

The 2016 season of Formula 1 will soon draw to a close in Abu Dhabi, the capital of the UAE. The Abu Dhabi Grand Prix will run from November 25 – 27 2016 at the Yas Marina Circuit. Drivers will take 55 laps around the 5.554km circuit for a total race distance of 305.355km. This year, Nico Rosberg from the Mercedes team heads to the Abu Dhabi Grand Prix with a 12-point led, thus is the favorite to win this season’s F1 championship. Whatever the outcome, this will surely be one exciting weekend of fast cars, world class entertainment, and an ultra glamorous crowd. 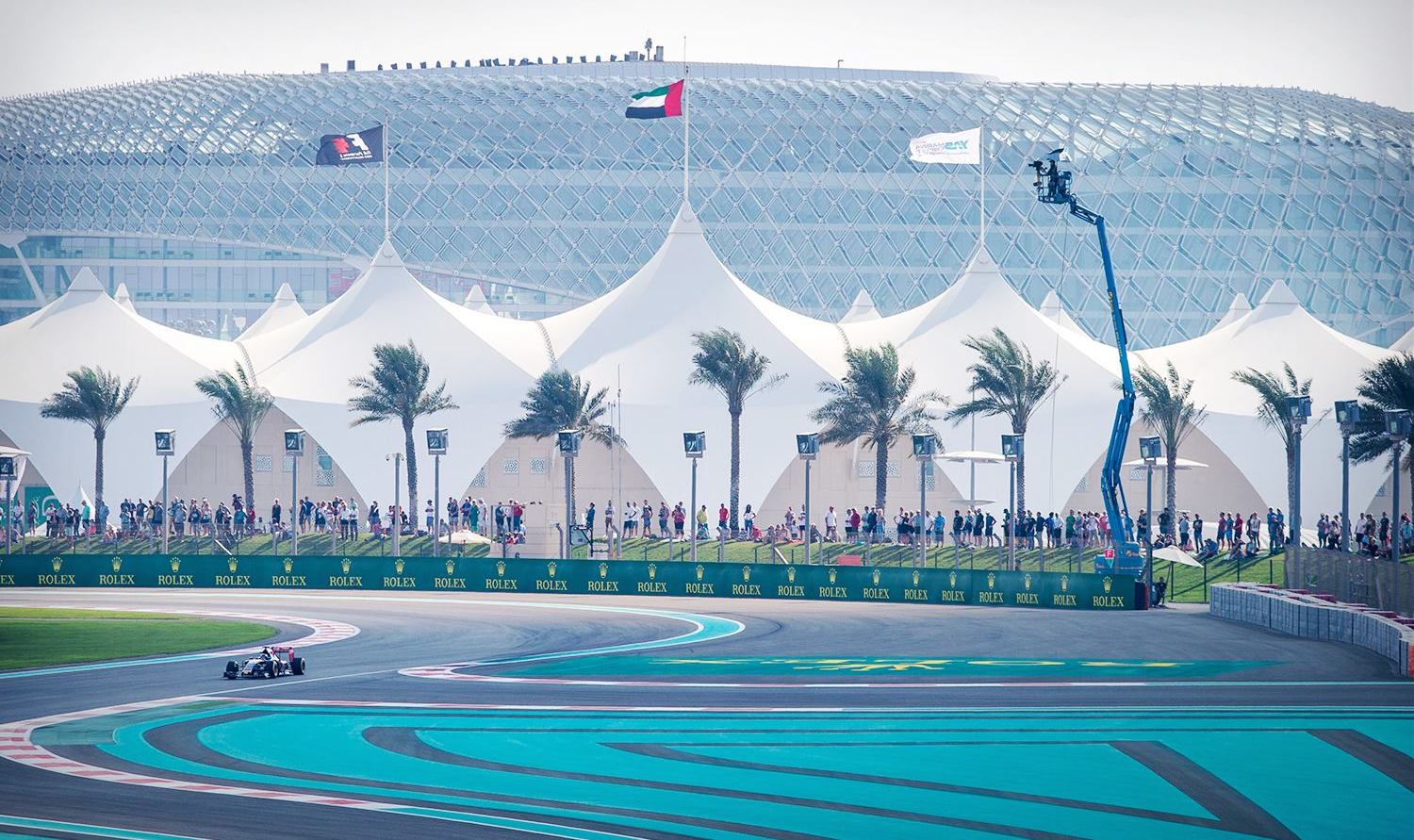 Rolex has been the Official Timepiece of Formula 1 since 2013 and the partnership is thriving. The best in luxury watches and the best in motorsports makes a beautiful combination indeed. Rolex’s history in motorsports stretches back to the 1930s when Sir Malcolm Campbell broke the speed record of over 300 miles per hour while wearing a Rolex on his wrist. Since then, Rolex has been a staunch supporter of professional racing by pairing up with global events such as Formula 1, in addition to FIA World Endurance Championship, Rolex 24 at Daytona, and The 24 Hours of Le Mans. The brand has also sponsored some of the best racecar drivers in history including Sir Jackie Stewart and Tom Kristensen. 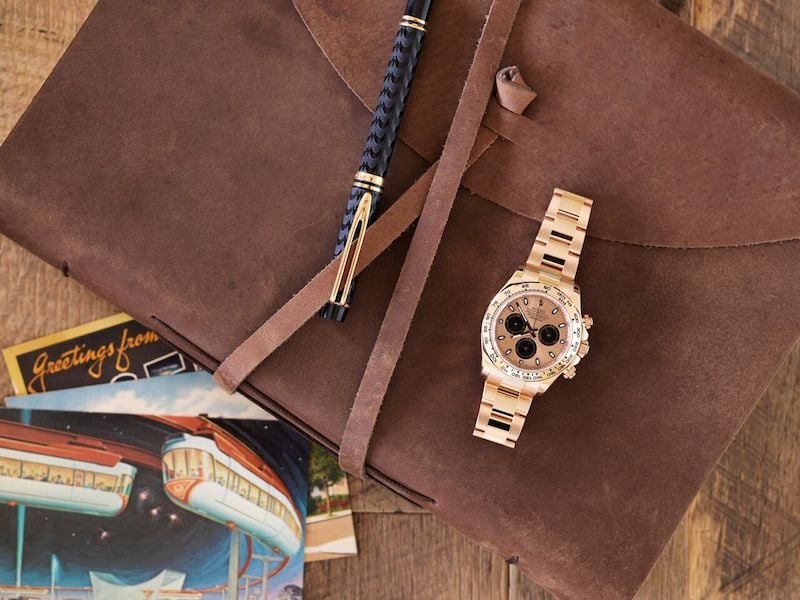 So strong is Rolex’s link to racing that the company has dedicated its chronograph collection to motorsports. Introduced in 1963, the Rolex Cosmograph Daytona is named after the center of speed – Daytona, Florida. The Rolex Daytona has firmly established its iconic status as the ultimate luxury chronograph during its rich history.  From vintage Daytona Paul Newmans to today’s stainless steel ceramic Daytona ref. 116500LN, the Rolex has produced some of the most popular chronographs ever. 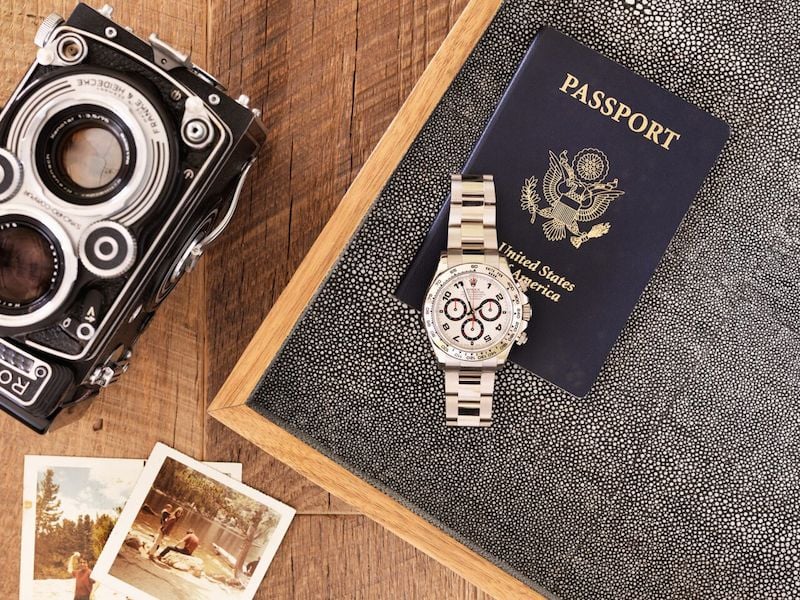 The Rolex Daytona is available in a range of materials from stainless steel to different shades of gold to two-tone combinations to platinum. Dial choices run the gamut from understated white to jewel-encrusted and everything in between. Additionally, there have been metal, acrylic, and now ceramic, bezels on the model. While versatility is certainly offered within the Daytona lineup, it’s also instantly recognizable due to its design that has remained relatively unchanged. The Oyster case—which is 40mm today—sports the duo of chronograph pushers at 2 and 4 o’clock while the dial houses the trio of registers at 3, 6, and 9 o’clock. 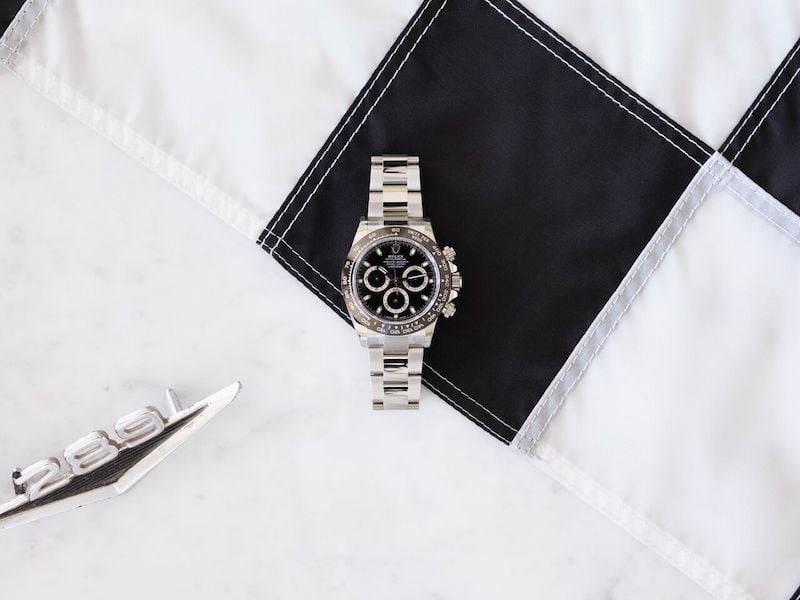 As Formula 1 preps for the final event of the season, the excitement builds in anticipation of who will be standing at the top of the podium after a grueling weekend of racing. Will it be Nico Rosberg? Only (Rolex) time will tell. 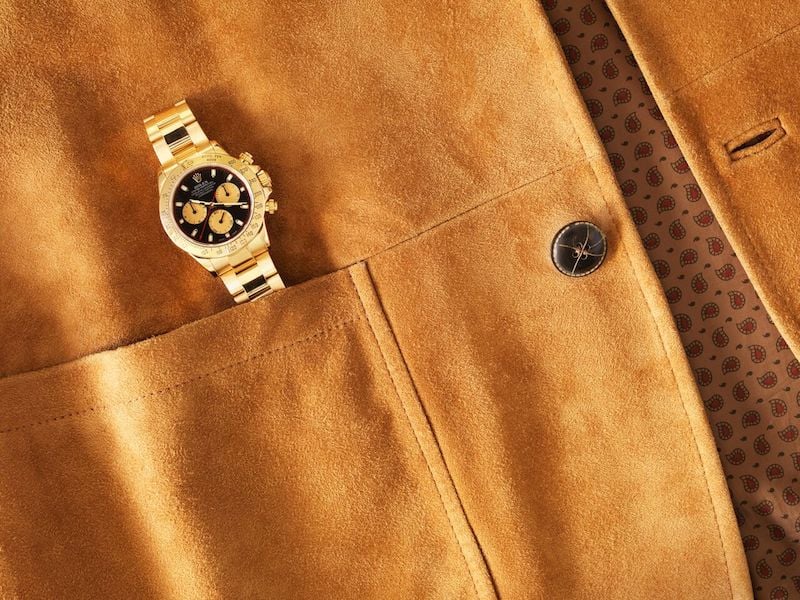