Omega’s 14-year bet on Spanish golf star Sergio Garcia finally paid off this past weekend when he won the 2017 Masters in Augusta, Georgia, the first major championship of his career. The 37-year-old took the top prize in a dramatic finish at the Augusta National Golf Club following four days of highly competitive play. 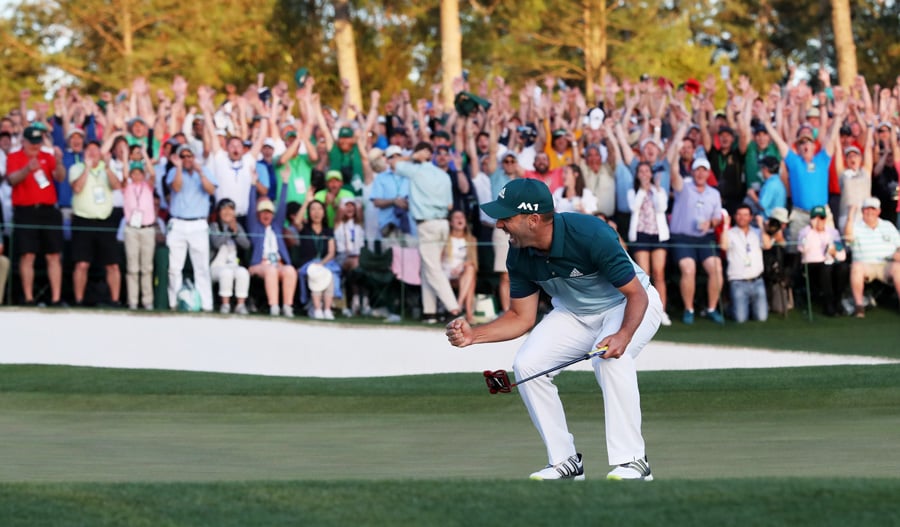 After sinking his winning putt in the play-off against Justin Rose, Garcia claimed the famous “Green Jacket” which has been worn by some of golf’s most iconic names, while on his wrist he sported the Omega Seamaster Planet Ocean 600M “Deep Black”, made from a single block of black ceramic. Another timepiece which was added to his collection of Omega watches. 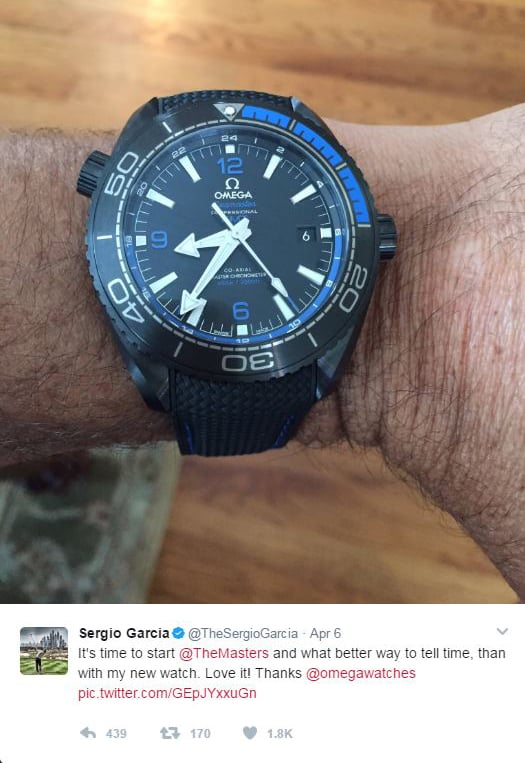 Garcia received the watch from Omega on Wednesday, just one day before the tournament began. Omega began its association with Garcia back in 2003. He had competed in over 70 major tournaments before finally winning the Masters. “Sergio has proven that great things come with time,” states Raynald Aeschlimann, President and CEO of Omega. “We always believed in him. He is a player that shows his emotions and that win was a perfect display of who he is as a person. The final round was incredibly close and was such a great advertisement for the sport of golf. The fact that Sergio won and clinched his first Major title was the perfect way for it to end.” Despite this historic win, lets hope he doesn’t lose his Seamaster like celebrity Chef Alton Brown. 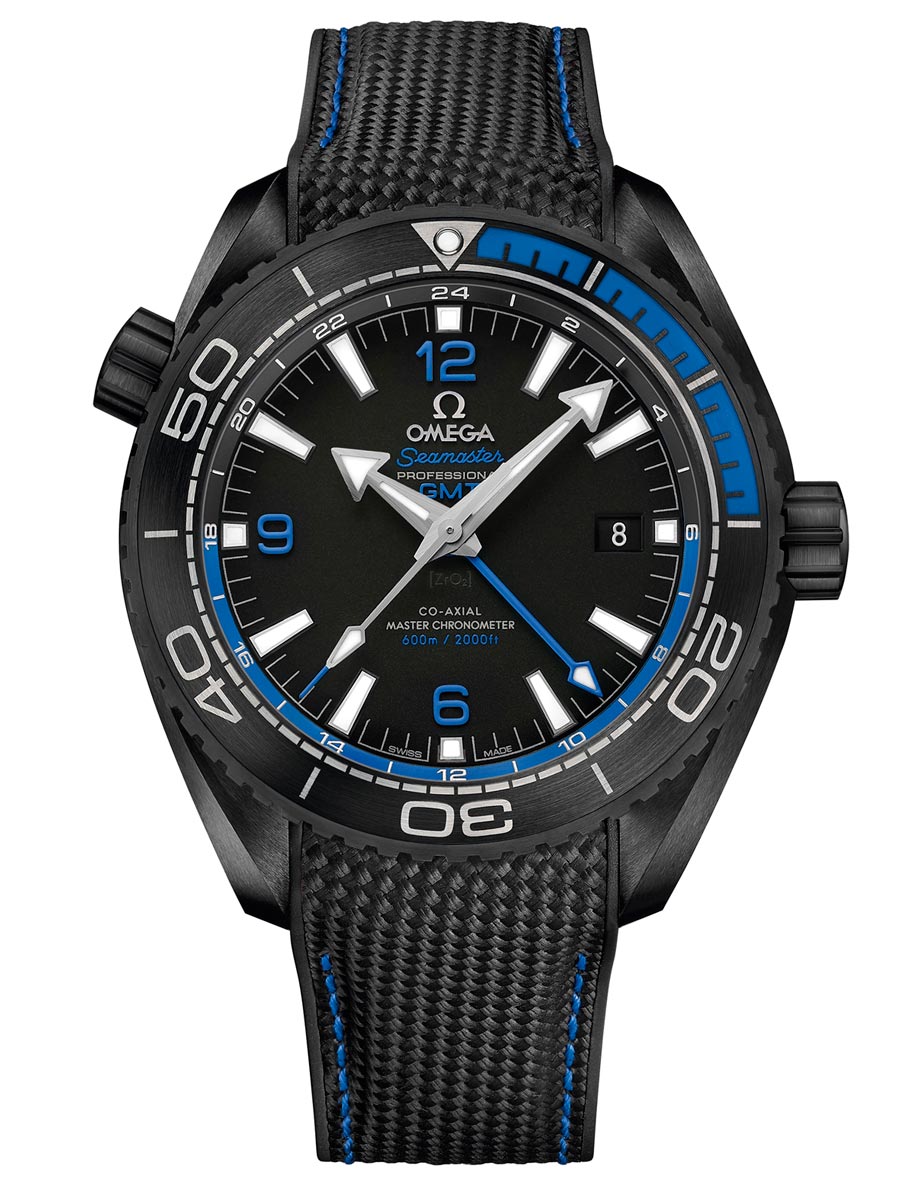 The Omega Seamaster is made from a single block of black ceramic. (Credit: Omega)

The victory follows Sergio’s win earlier in the season at the Omega Dubai Desert Classic, sponsored by the Swiss watch brand, which had looked like a cinch for Tiger Woods until he dropped out at the last minute. Despite the lack of major championship trophies Garcia García has spent much of his career in the top 10 of the Official World Golf Ranking (7th place as of 4/10/2017). Garcia’s Planet Ocean Deep Black is the new model with blue accents and contrast stitching. As a diver descends, blue is the last color visible at a depth of approximately 275 meters. It’s one of the more handsome Planet Ocean models in the watchmaker’s lineup.