Phillips auction house in Association with Bacs & Russo is gearing up for its landmark Geneva Watch Auction: NINE sale next month. In addition to the high-profile auction itself, an accompanying “non-selling retrospective exhibition” of luxury watches, celebrating the legacy of George Daniels is set to take place, which the organizers are calling the “most incredible horological works of art by independent watchmakers of the 20th & 21st centuries.” 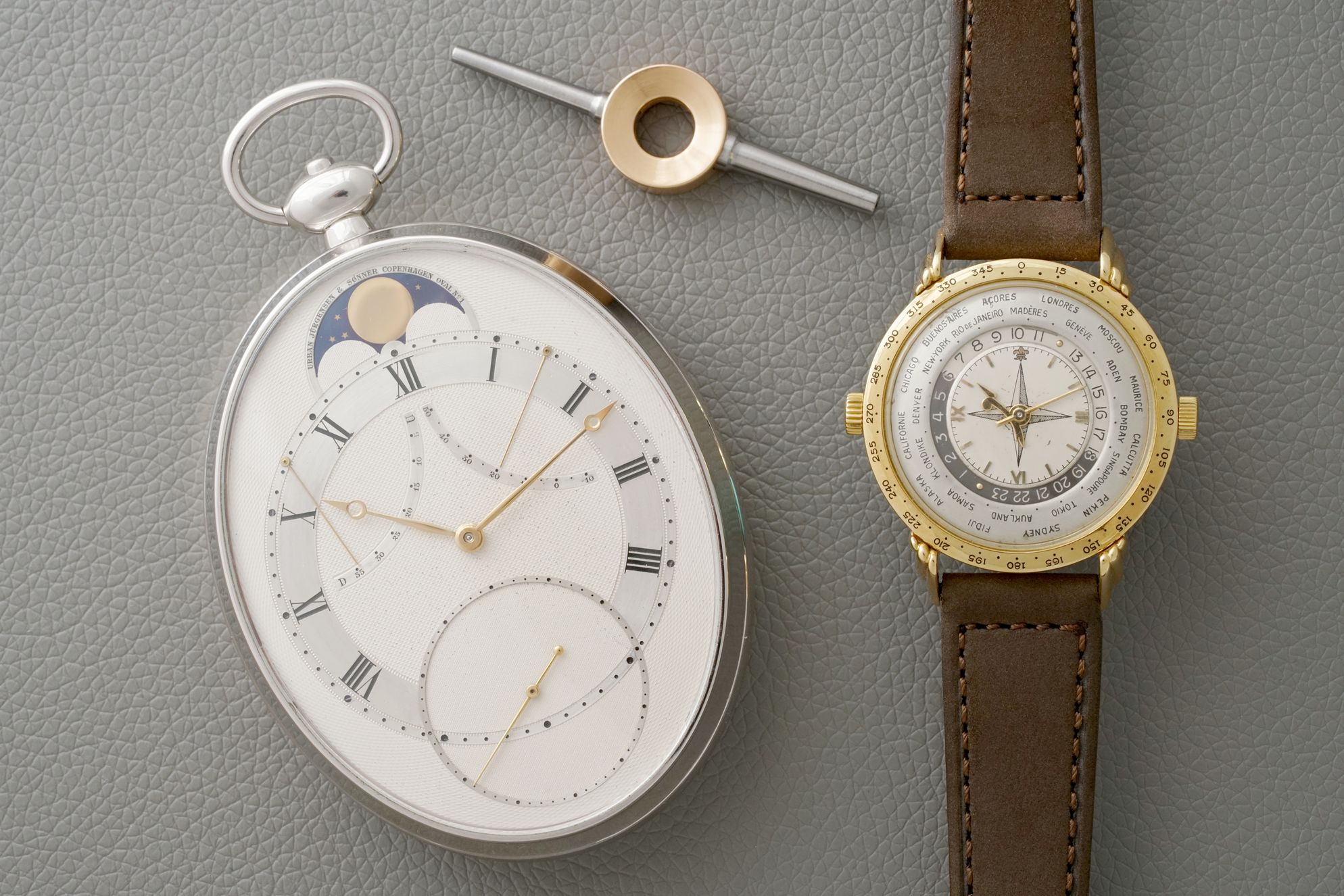 A Tribute to George Daniels

The exhibition, titled Independent’s Day, pays tribute to Dr. George Daniels, “the most talented master watchmaker of the 20th century.” The British-born Daniels, who died in 2011, created the amazing Co-Axial escapement, now widely used by Omega throughout the vast majority of their various watch collections.

Daniels first employed the mechanism in a modified Omega Speedmaster in early 1970s (one of his personal watches at the time), though the brand did not officially adopt it until 1999. A true revolution in watchmaking, the Co-Axial escapement is an evolution of the traditional lever escapement which has been in use for the last 250 years. 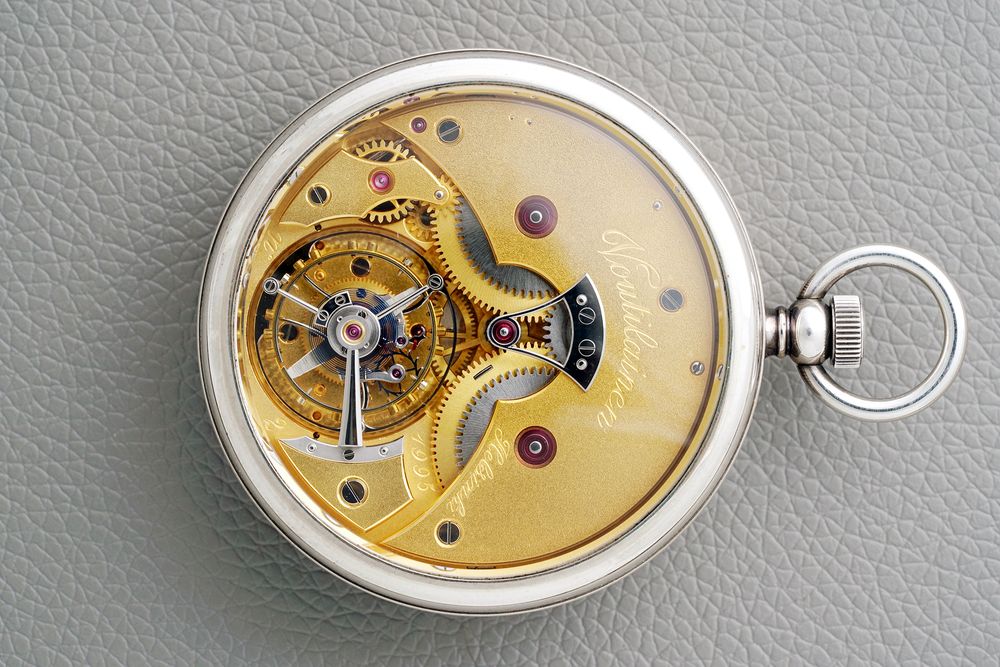 The Co-Axial escapement works in conjunction with the oscillator to determine the speed and energy of the mainspring’s release. Its design makes the watch movement equipped with it more mechanically efficient and less reliant on lubrication than an otherwise-similar movement fitted with a traditional lever escapement.

While the Co-Axial escapement might have had the most marked impact on modern watchmaking, it is Daniels’ own creations which remain the most impressive part of his life’s work. Two of Daniels’ masterpieces – the Grand Complication pocket watch and the Anniversary wristwatch, both worth a fortune – are being offered for sale at the exclusive Hôtel La Réserve in Geneva on May 11, and will be part of the exhibition which runs from May 9 through May 11. 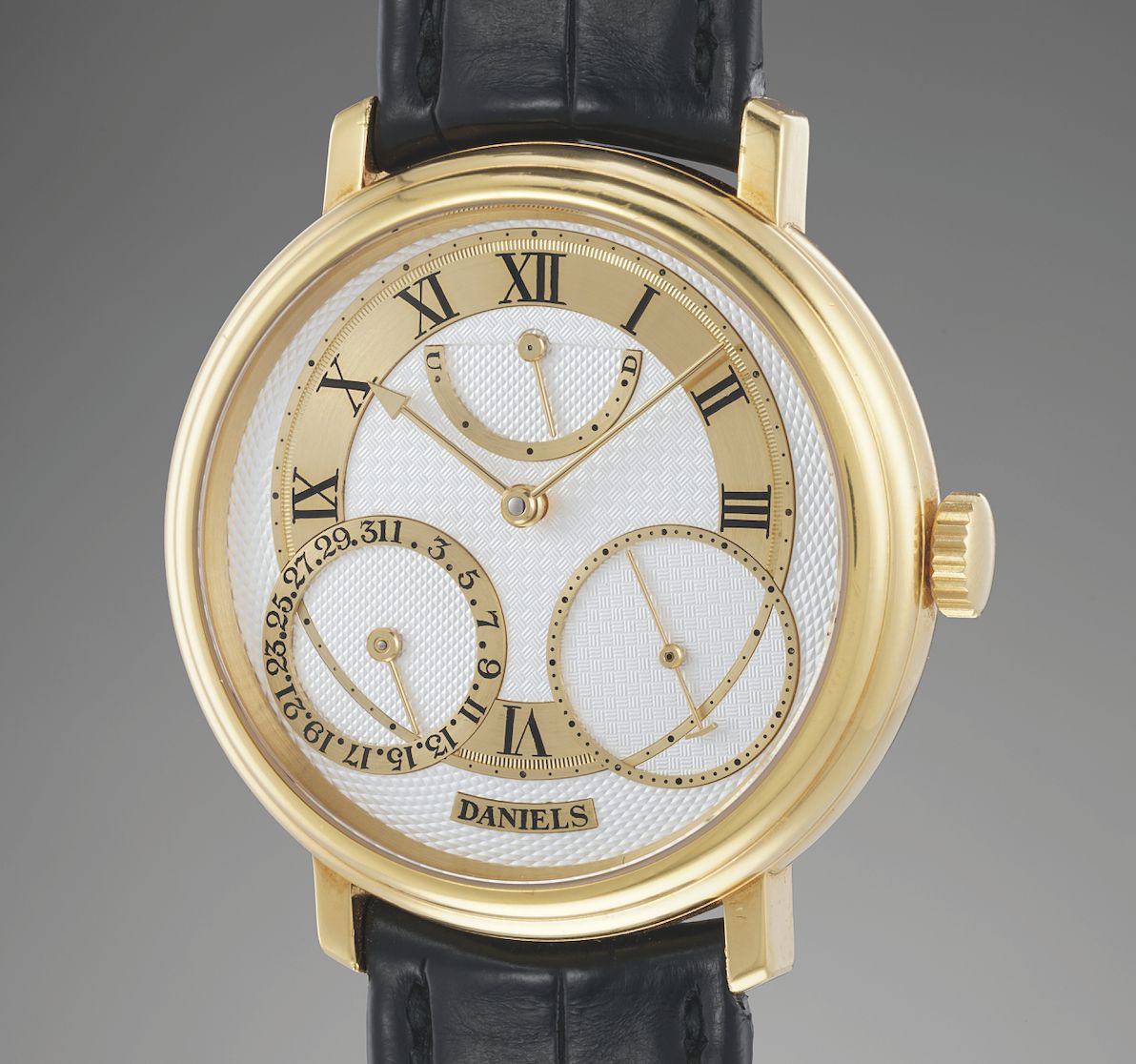 Daniels is just one of 13 watchmakers featured in the exhibition and accompanying auction, including De Bethune, Philippe Dufour, Laurent Ferrier, Greubel Forsey, F.P. Journe, MB&F, and Urwerk – all of which, Phillips says, are carrying on Daniels’ legacy. “This will be the first time ever these watchmakers and watches will be united under one roof,” the auction house notes.

The timepieces include such “masterworks” as Philippe Dufour’s tryptic – Simplicity, Duality and Grande Sonnerie – as well as some one-of-a-kind watches by F.P. Journe, exclusive prototypes by Charles Fordsham, the Oval Tourbillon with detent escapement by Derek Pratt for Urban Jürgensen, and Kari Voutilainen’s first tourbillon pocket watch. Even better, the watchmakers themselves will be present during the exhibition to meet and greet enthusiasts and collectors. 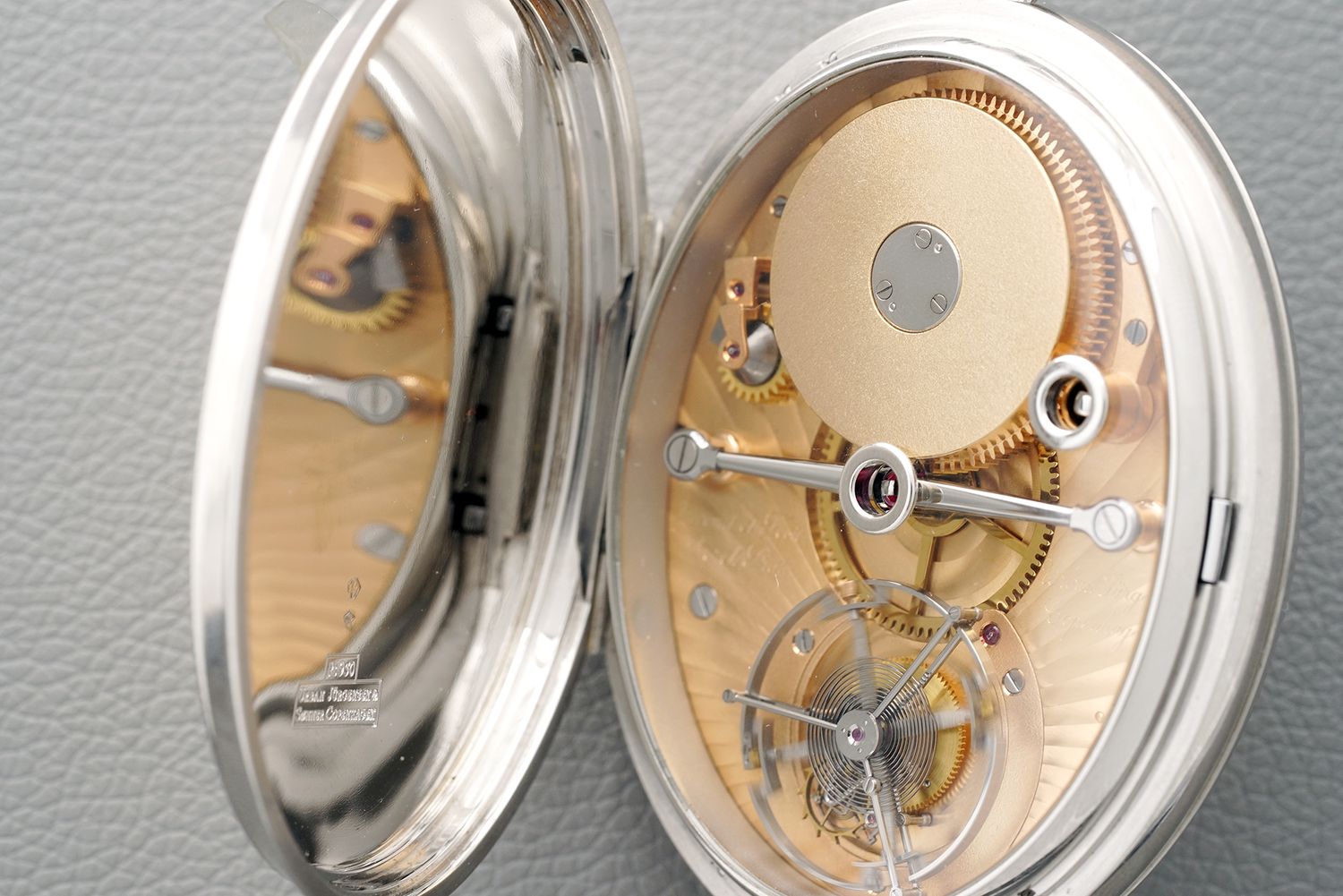