Rolex Continues as Sponsor of the Davis Cup

The International Tennis Federation (ITF) has officially announced that Rolex will continue as a major sponsor of the Davis Cup. Often considered a favorite of luxury watch collectors, the Rolex Company has been sponsor to the thrilling tennis event since 2007.

In response to the announcement, ITF President Francesco Ricci Bitti made the following statement: “We are delighted that Rolex is extending its association with Davis up and look forward to working with them over the coming years.” 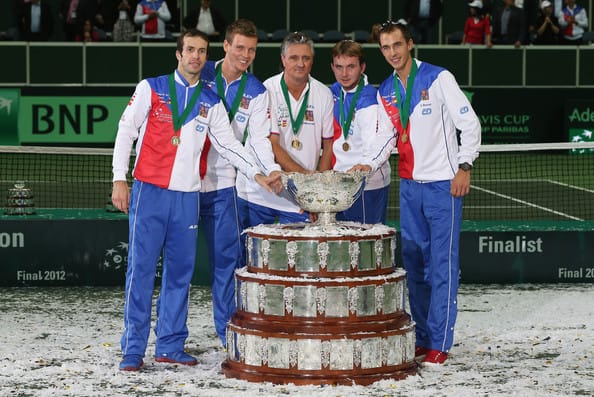 The 100th edition of the Davis Cup final (from November 16 – 18) is currently featuring the Czech Republic and Spain in their bid to capture the much coveted trophy. The pros participating in the final include Spain’s David Ferrer, Nicolas Almagro, Marcel Granollers, and Marc Lopez and the Czech Republic’s Tomas Berdych, Radek Stepanek, Lukas Rosol, and Ivo Minar.

Rolex’s role in the coming years will continue to be the official timekeeper at the Davis Cup. The brand also plays the same role at Wimbledon, the Australian Open and several other WTA and ATP events around the world.

Additionally, several leading tennis stars are sponsored by Rolex such as Roger Federer, Ana Ivanovic, Li Na and Caroline Wozniacki. Sponsored pros are often seen wearing a variety of Rolex DateJust, Rolex President, and Rolex Daytona watches both on and off the court. In fact, following his Wimbledon tournament victory, Roger Federer was presented a Rose Gold Rolex Oyster Perpetual Day-Date (President), which he wore as he hoisted his trophy in celebration.

Some other items to search for:

In the coming years, the Rolex Company has revealed that it is committed to the game of tennis and its stars as they seek the perfect combination of durability, endurance, and precision. Since 1978 when it became the official timekeeper of Wimbledon, the brand has been an important part of the tennis world. The association has inspired tennis fans to seek out new and pre-owned Rolex watches for their very own.