Masters Week is here! Golf fans from around the world will be following the action at Augusta National Golf Course to witness who will win the tournament’s famed green jacket (and the lion’s share of the $11 million purse). As the first of the four annual major championships in professional golf, a win at the Masters is one of the most coveted in the sport.

The four-day tournament kicks off today (Thursday, April 11) and will run until Sunday, April 14. For a little bit of fun before the pros begin their Augusta campaign, we’re highlighting a few top golfers that will be playing at the 2019 Masters – that also serve as luxury watch ambassadors. 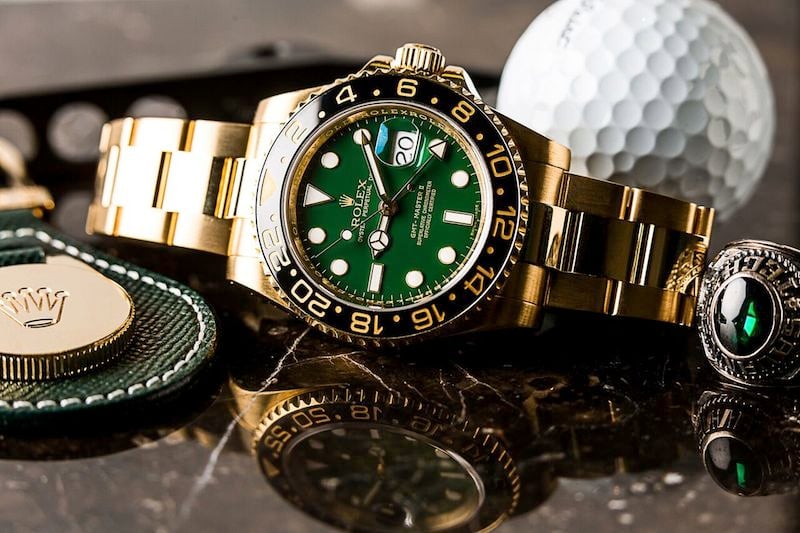 Do you know which luxury watch brands all of the top golf players represent?

Golf is one of the major sports that Rolex supports on a global scale, so it comes as no surprise that it counts some of the world’s best players as official ambassadors. Take Tiger Woods for example, who won the Masters in 1997 – his first major ever at 21 years old – and claimed victory at Augusta three more times after that (2001, 2002, 2005). Many are hoping to see Tiger Woods wear the green jacket again this year and if he does, he’ll probably be wearing his Rolex Sea-Dweller Deepsea D-Blue as he does regularly these days.

In Australia for @presidentscup prep! It’s an honor to be chosen Captain of the 2019 American Team.

Like Tiger Woods, Phil Mickelson has also won the Masters multiple times (2004, 2006, 2010) and is part of the Rolex golf roster. However, unlike most players, “Lefty” keeps his watch on his wrist while playing and he clearly favors Rolex Cellini models.

Jordan Spieth is also hoping to repeat his 2015 Masters win this year (and no doubt to avoid his 2016 meltdown). This young Rolex ambassador alternates between a few Rolex watches including the “Polar” Explorer II, a white gold Daytona on an Oysterflex bracelet, and an Oyster Perpetual 39 with a black dial.

Along with Rolex, Omega is also a leading supporter of golf with its own lineup of golf brand ambassadors – and a collection of Seamaster Aqua Terra Golf Edition watches to boot. A veteran of the sport and Omega brand ambassador since 2003, Sergio Garcia finally won his first Masters in 2017 and wore a Seamaster Planet Ocean “Deep Black” as he slipped on his green jacket.

While Rory McIlroy has yet to claim a major win at the Masters, he has won the three other golf majors (US Open, The Open Championship, PGA Championship) during his career. Rory McIlroy joined team Omega in 2013 (after leaving his Audemars Piguet post) and likes to partake in #SpeedyTuesday fun on Instagram from time to time. His latest post featured a sleek Speedmaster Moonwatch “Dark Side of the Moon.”

Haven’t done a #speedytuesday post in a while. This dark side of the moon is one of my favourites!

Audemars Piguet CEO, François-Henry Bennahmias was once a professional golfer and has brought his love of the sport to the watch company that he runs. Although Audemars Piguet lost Rory McIlroy to Omega, one of AP’s golf ambassadors, Danny Willet captured the title at the 80th Masters in 2016, beating out defending champion, Jordan Spieth. During the trophy ceremony, a beaming Danny Willett donned a black carbon Royal Oak Offshore on his wrist and has worn a slew of different Audemars Piguet watches since.

Watchmaker for a day. Take a look @audemarspiguetexperience stories to see me assembling a movement

Richard Mille’s Bubba Watson has already won the Masters twice in the past (2012, 2014) and both times he had on a white RM038 watch (two different versions) while playing. After all, these super lightweight and ultra-expensive timepieces were built to withstand the G forces common with golf swings – and we all know the power of Bubba’s shots!

We’ll be following along closely to see who will stand at the top of the leaderboard this Sunday evening. And hopefully, we’ll also spot an awesome top-tier watch on the wrist of the champion holding up the 2019 Masters Trophy!