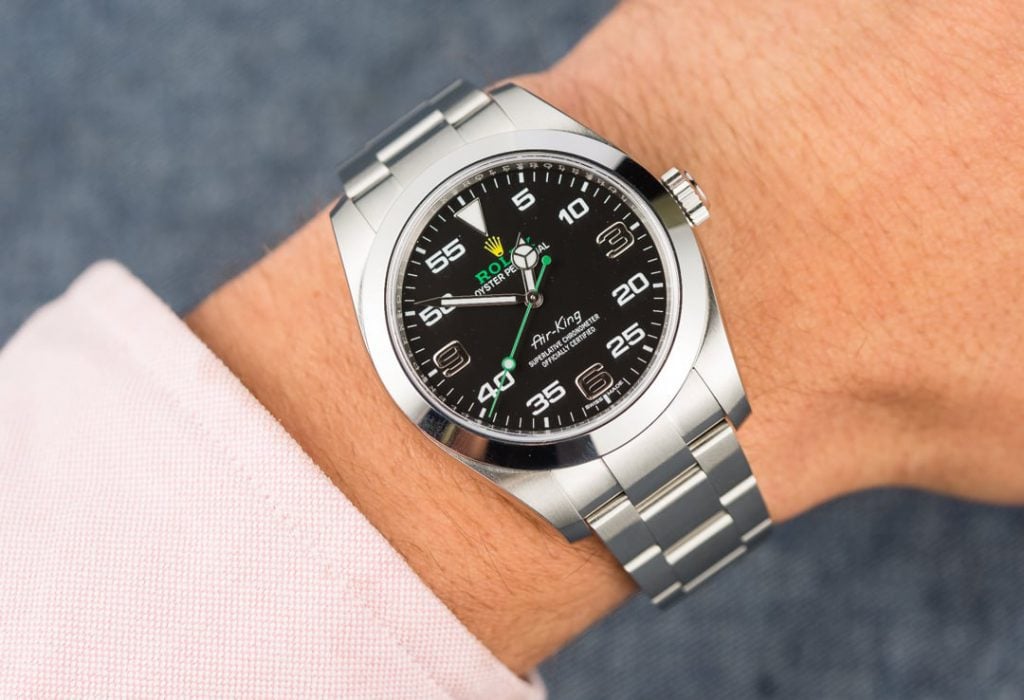 An Air-King unlike the rest

When the Air-King made its debut earlier this year at Baselworld, it was easily the most controversial of the Rolex novelties. Revived after two years of discontinuation and sporting a completely revamped design, it seemed the Air-King ref. 116900 had just as many naysayers as it did supporters. However, as the new model began rolling out in stores and finding itself on the wrist of happy owners, the Air-King has etched out its own spot among the Rolex lineup. If you belong in the “unconvinced” camp of the Air-King ref. 116900, then here are 12 awesome Instagram photos of the new Rolex that may just change your mind.

Well done, JCC! My father snagged one of the coolest Baselworld 2016 releases earlier in the week! #Rolex #airking #goodwood #goodwoodrevival

⏯? got my Rolex set Pacific, while I fly through the Atlantic; and just like a know it all, I always got the upper hand; and if I listen to you snitches, I would still be on campus..? #AirKing

Love this combination from @ctraina1 of his new Airking with a fresh rubber Everest Band on it. Customize your Rolex with Everest – www.everestbands.com #airking #rolexairking

#rolex #airking added to the #family #collection on its black #perlon #strap. The watch that gives homage to #aviation. This 2016 edition is simply beautiful. It may remind of the #explorer but it is thicker, heavier and 1 millimetre broader. In love with the yellow #crown, the #green Rolex writing on the #watch #face, the green #seconds #hand and the #italic #airking writing at 6 o'clock. (#swiss #made – #baselworld2016)

The want is strong… #rolex #airking