The Broadway and Beyond show has finally been announced, and it seems Rolex are pulling out all the stops to make it a great show.

The show, which has the full title “Broadway & Beyond! Celebrating Theatre & Dance – Career Transition for Dancers 28th Anniversary Jubilee” will be held in New York City Centre at 7 pm on October 8th, 2013. Guests will then have dinner in the Hilton New York Grand Ballroom.

That’s not all the big news, either – legendary Liza Minnelli has agreed to award the annual Rolex Dance Award this year. Liza, who was won four Tony awards, an Emmy, an Oscar, a ‘Legends’ Grammy and two Golden Globes, was the recipient of last years’ award. She said being asked to present it this year was “an absolute honor.”

Wondering who will receive the iconic award? Ann-Margret. Ann has an award cabinet that almost rivals Liza’, being the proud owner of two Academy Awards, 5 Golden Globes, an Emmy, and a Grammy nomination. Other winners at this years’ Rolex show include Ann Van Ness and Harlequin Floors, who will both receive an ‘Outstanding Contributions to the World of Dance’ Award. 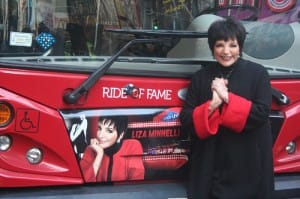