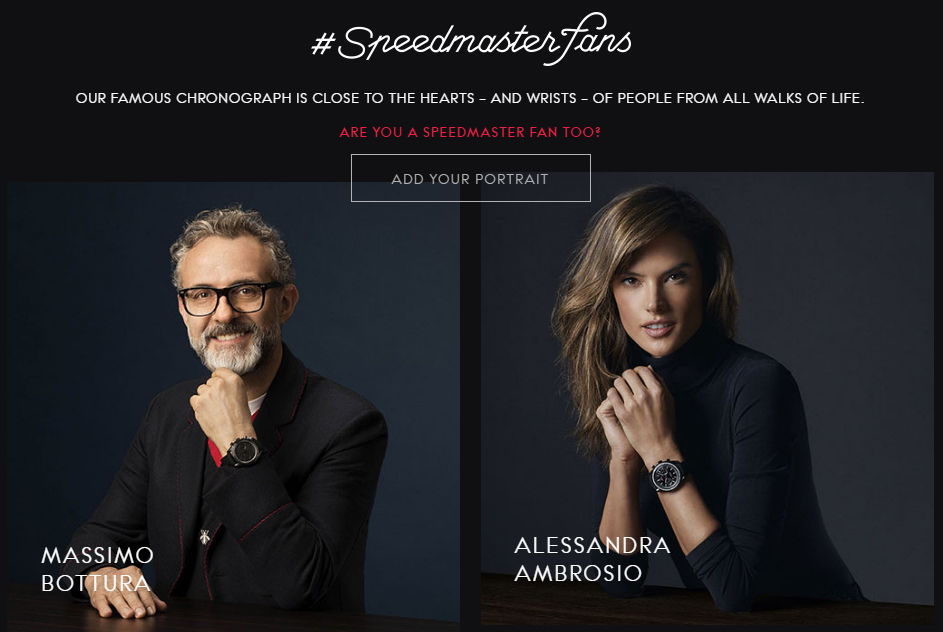 Massimo Bottura and Alessandra Ambrosio are at the top of the page. (credit: Omega)

The portraits are now live on a dedicated section of the Omega website where visitors can not only “explore each one to understand just how far-reaching the chronograph’s influence has become” but also upload their own portraits with Omega choosing the “best ones” to be included on the site. The collection of Omega watches on their wrist varies and they are all stunning timepieces. 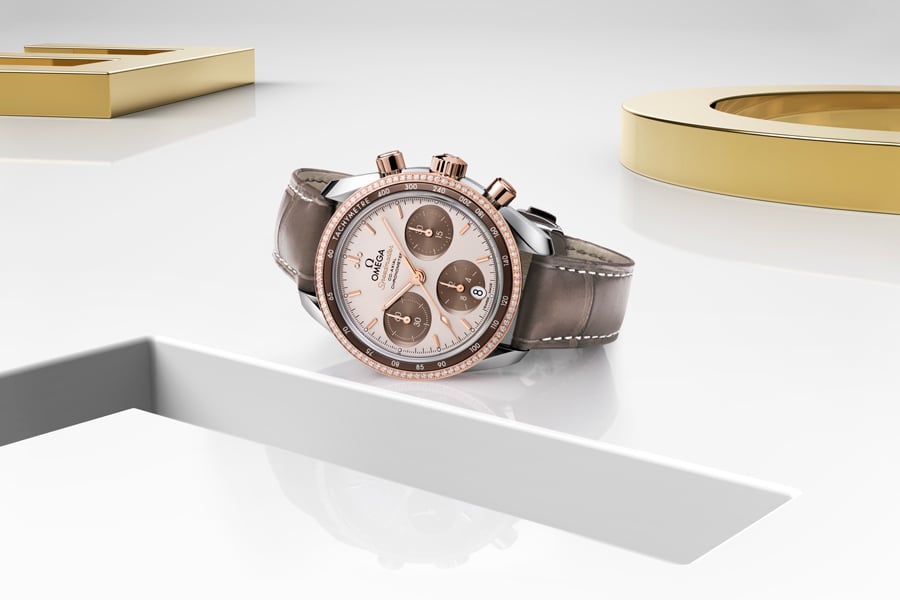 A brand new Omega Speedmaster that was launched at Baselworld 2017. (credit: Omega)

So we hereby propose a contest: who can get Omega to post something a bit risqué, with a hidden message or some other subversive element? It has to be subtle enough that they won’t notice, or at least not right away. Whether it be the newest watch from their 60th Anniversary of the Speedmaster or a vintage timepiece from outer space, we challenge you. Come on, watch guys, show some initiative.

“Many stories have been told of astronauts, explorers and race car drivers who have trusted the Speedmaster over the years,” Omega states. “Today, a much more diverse community of fans from all over the world share a mutual affinity for the Speedmaster…. From actors and chefs, to athletes and fashion experts, these people all have one thing in common: They love Omega’s famous chronograph. And all have been photographed to show that the Speedmaster is always close to their wrists, as well as their hearts.” Not all of Omega’s favored fans are well-known names, and one notable absence is Fratello Watches founder Robert-Jan Broer, who invented the #SpeedyTuesday hashtag in 2012. Hopefully, we will see him on the live Speedmaster Fan page on Omega.