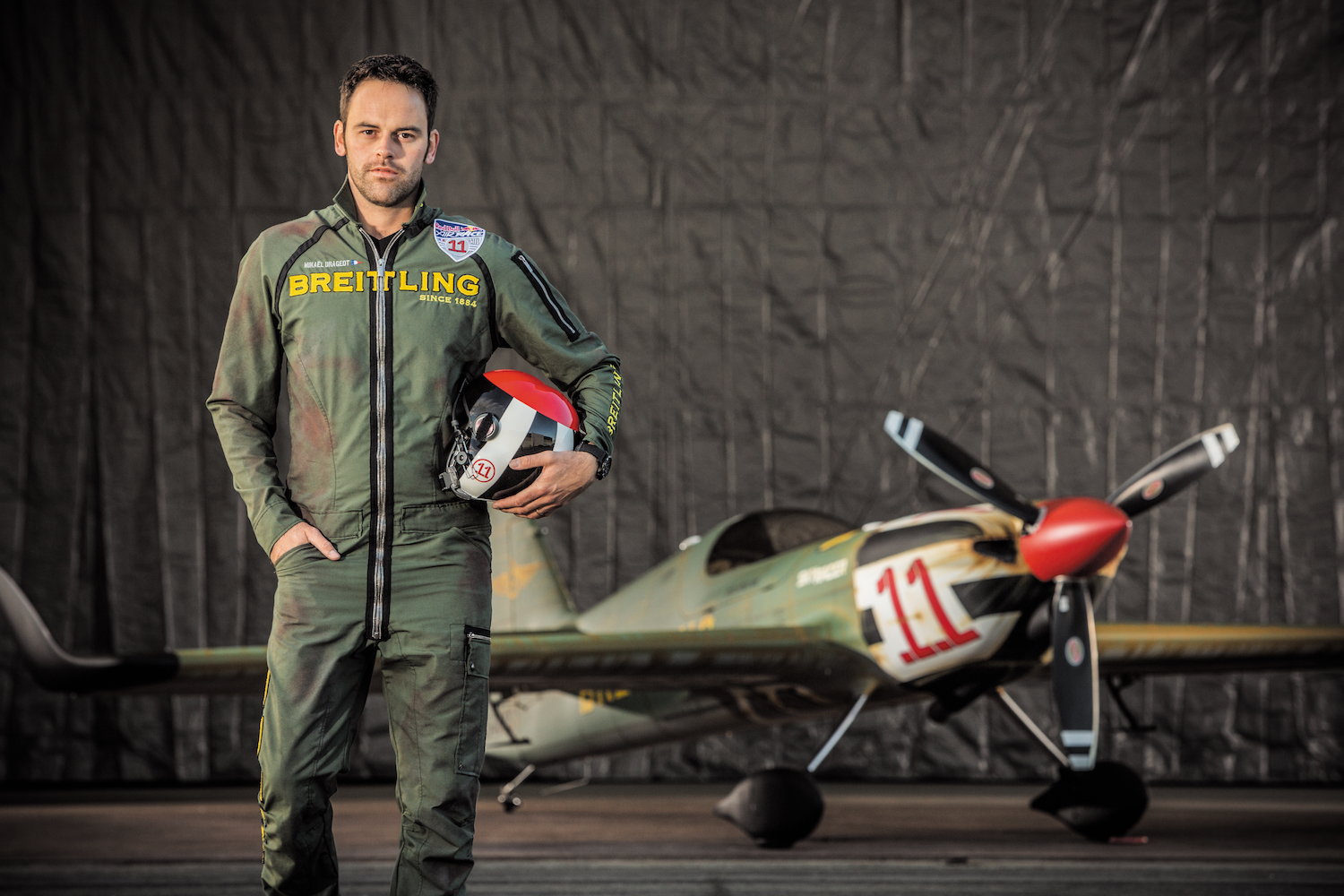 Breitling is leaning heavily on their patented SuperQuartz movement these days if their latest editions are anything to go by. It seems the venerable Swiss watch brand is aiming to appeal to the smartwatch set. Here is the challenge: can they do it without alienating their hardcore mechanical fanatics? The newest timepiece in their arsenal is the Aerospace Evo Cirrus Aircraft Limited Edition. It was produced in collaboration with Cirrus Aircraft, the Minnesota-based aviation company. The $4,930 stealth look multifunction electronic chronograph in black satin-brushed titanium is being issued in a limited series of only 220 pieces – a rarity alongside its

The $4,930 stealth look multifunction electronic chronograph in black satin-brushed titanium is being issued in a limited series of only 220 pieces – a rarity alongside its other recently released models. The custom dial features the Cirrus Aircraft logo at 3 o’clock and a silhouette of the SR22, their best-selling aircraft, at 9 o’clock. 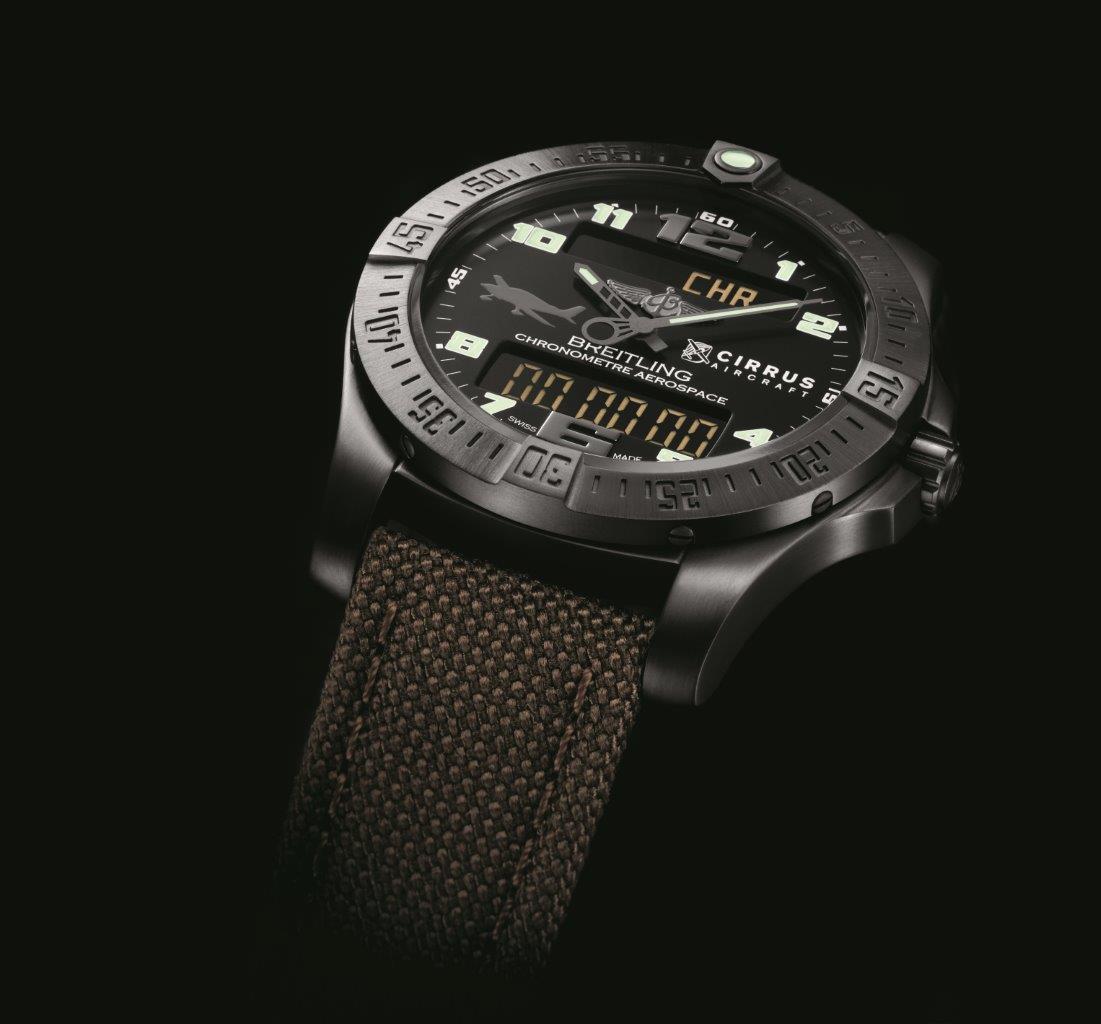 The minute hand meanwhile features a parachute in a nod to Cirrus’s Airframe Parachute System while the three parallel bars on the hour hand represent the three Cirrus models: the SR20, the SR22 and the SR22T. The caseback also features a Cirrus aircraft design with the inscription “Cirrus Aircraft – The Plane With The Parachute. Breitling says the SuperQuartz is 10 times more accurate than a standard quartz movement. Pressing or pulling the crown of the Cirrus watch operates a 1/100th of a second chronograph, countdown timer, a second time zone, an alarm, an audible time signal and a calendar. The dual analog and digital display and brown military strap round out the piece, which is in our opinion not one of Breitling’s most attractive designs but it will probably appeal to Cirrus owners. Just like Bentley and Breitling creating a winning combination. 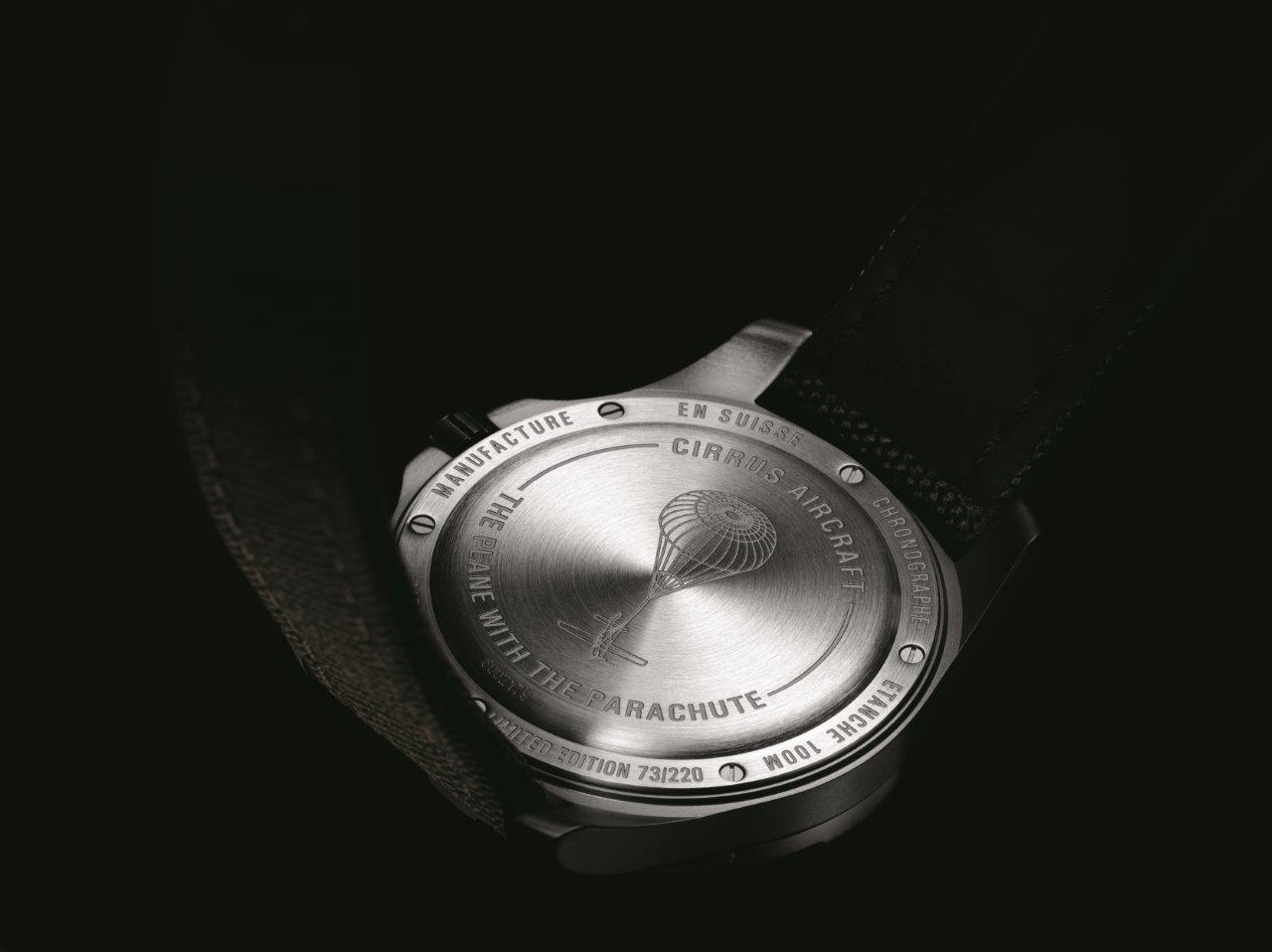 Much more appealing is the new “Skyracer” aircraft piloted by the young Frenchman Mika Brageot who is now flying the Breitling colors in the Red Bull Air Race, replacing British ace Nigel Lamb who has been flying for the watch brand for the past eight seasons. Lamb’s MXS-R, a single-seater American built aerobatic aircraft, has been re-named “Skyracer” with a new design scheme featuring a vintage, worn-in look, with the fuselage and wings painted a rust color as if its just come through some sort of hard-fought military campaign. The Red Bull Air Race, a high-flying international competition based on speed and precision, a sport that requires an accurate timepiece. Breitling’s new pilot and his eye-catching plane are sure to give the competition a run for their money. Now they just need another limited edition watch to match. 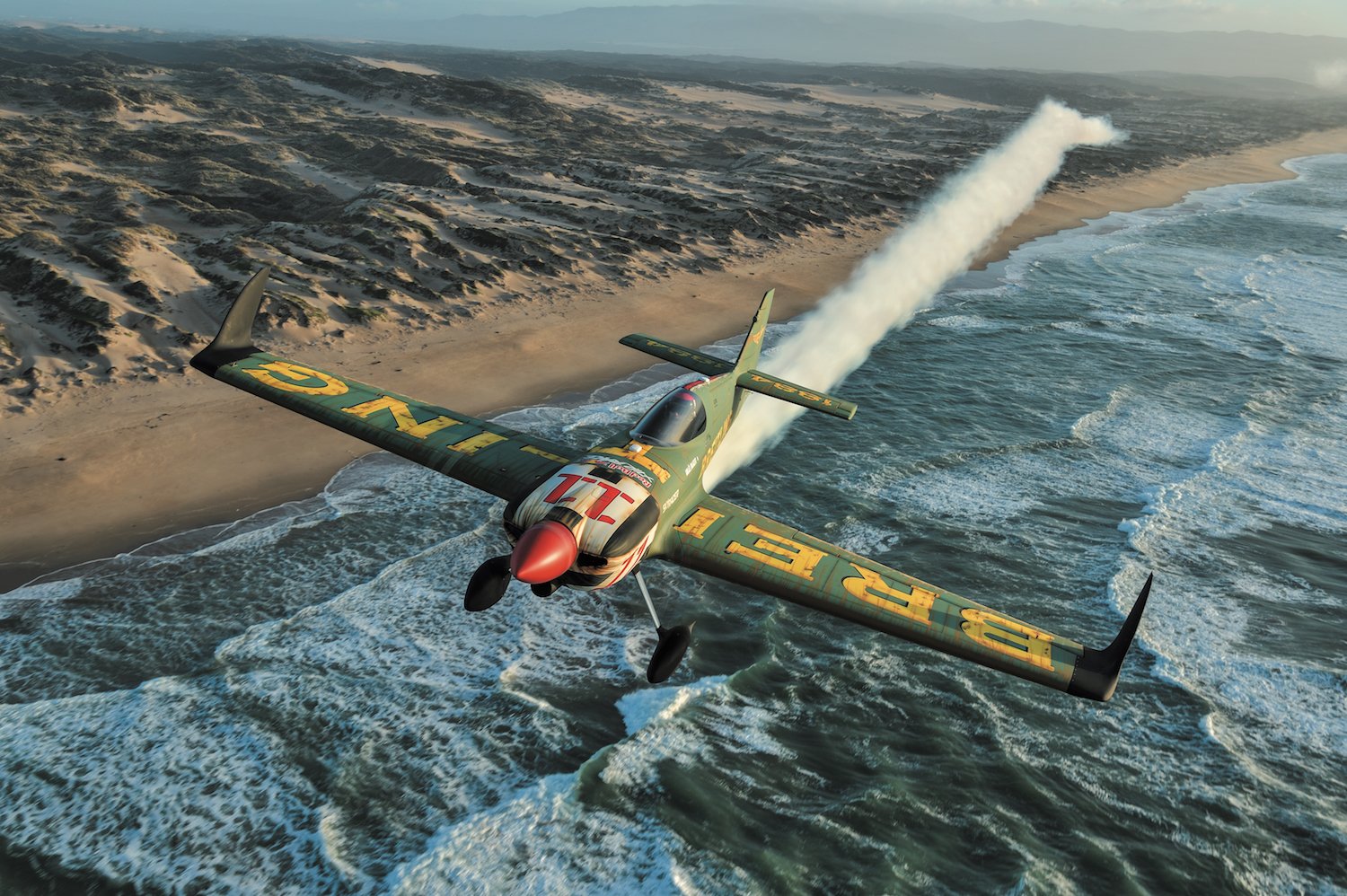