Famed Swiss watchmaker Audemars Piguet has just unveiled a new timepiece that’s a damned handsome tribute to the 1940s. The [Re]master01 Selfwinding Chronograph pays tribute to the incredibly rare chronographs (only a total of 307) produced by the iconic manufacturer during the early 20th century. 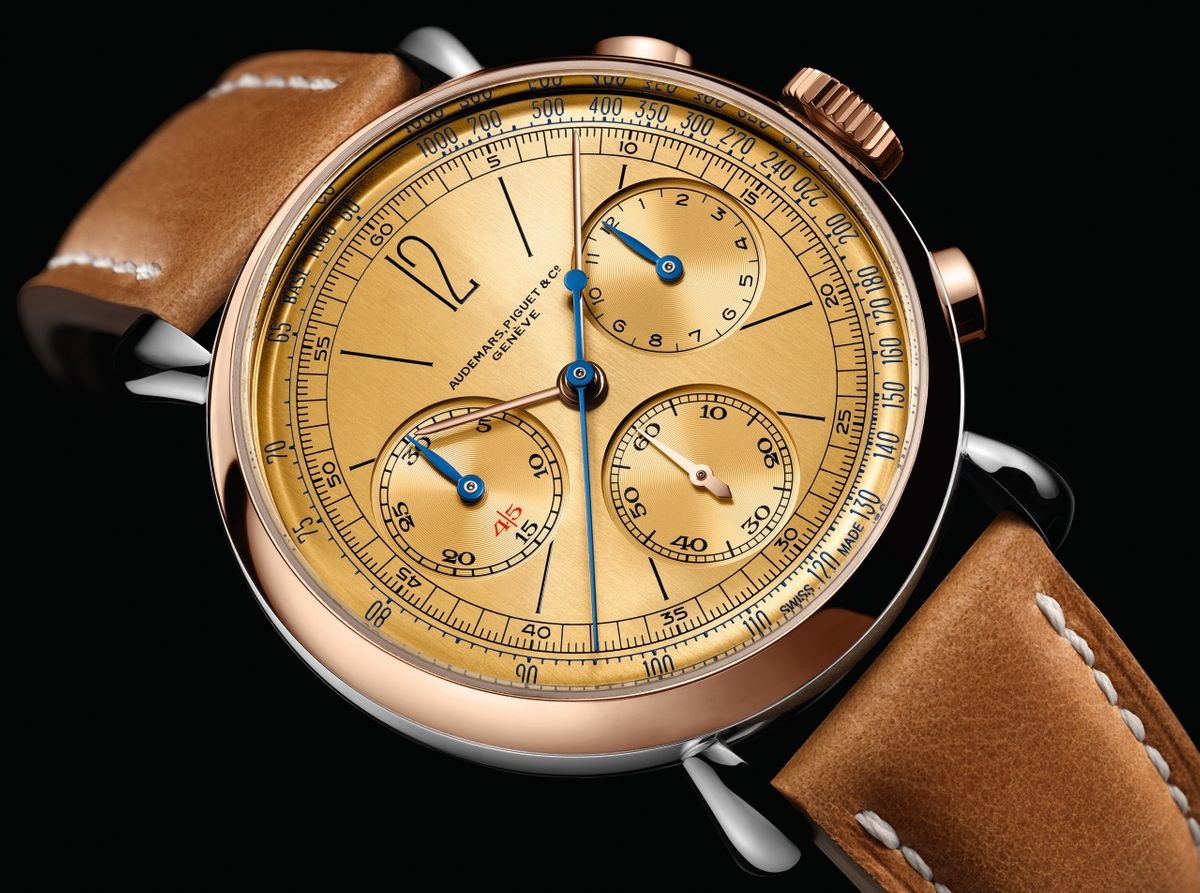 The new watch, sized at 40mm, has a round case and lugs in stainless steel which contrasts with a bezel, oval-shaped pushers and a chamfered crown in 18-carat pink gold. The two-tone effect is often not everyone’s favorite (many seem to favor stainless steel or solid gold); however this watch nearly recreates the specific pre-model 1533 from 1943, so it is historically correct here. 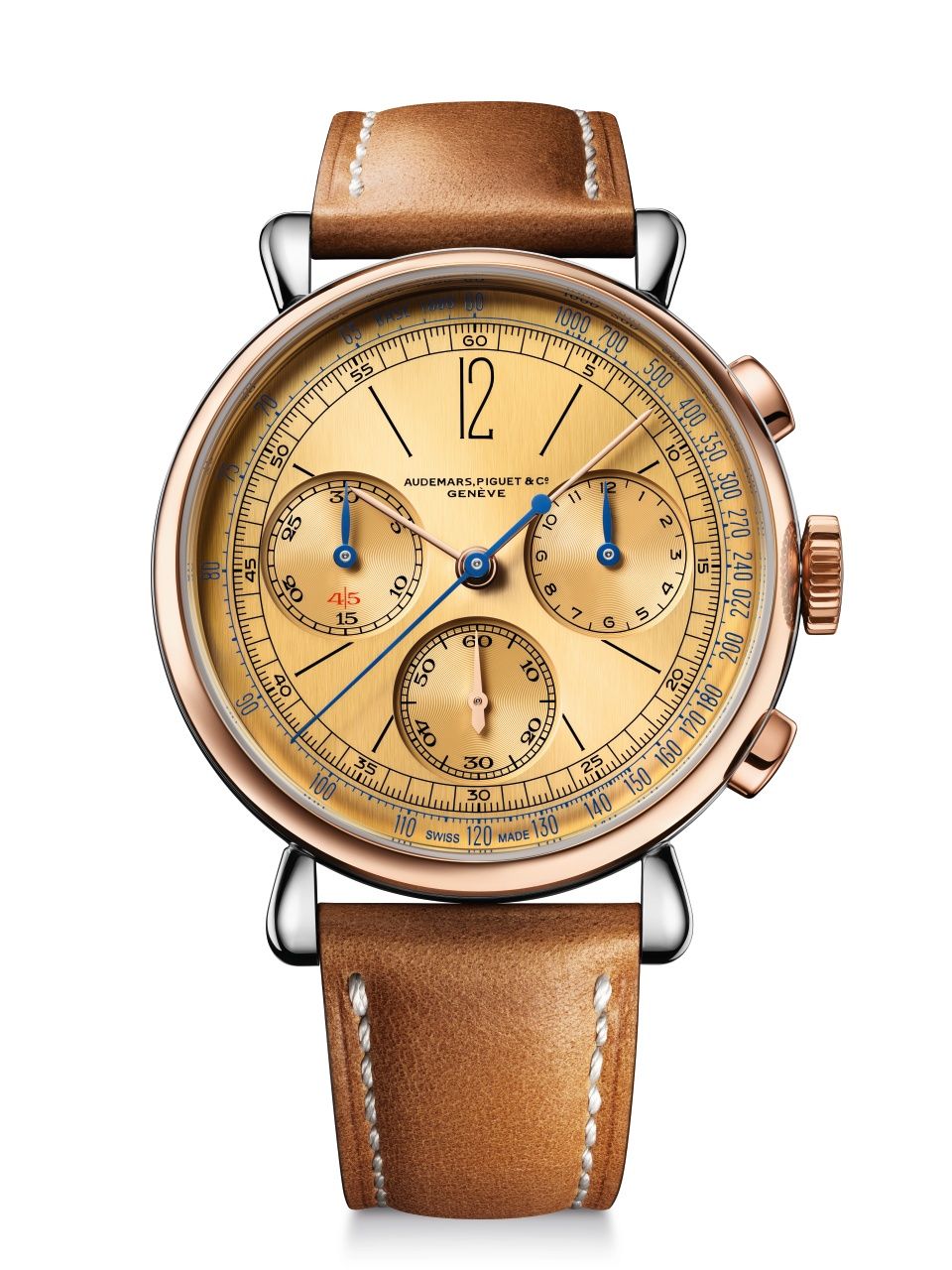 The watch’s satin-brushed champagne dial features black printed hour-markers and pink gold hour, minute and seconds hands, with blue chronograph hands and a blue tachymetric scale adding a nice bit of contrast. Additionally, there is a small 45 printed in bright red within the minute register, which also appeared on the original 1943 model, as an added feature to aid with the timing of soccer matches.

The numerals are inspired by the Art Deco design of the original timepiece, though the 40mm size is in-line with modern tastes. The watch is limited to 500 pieces and the display caseback has the words ‘Limited Edition’ and ‘Acier/Au 750’ engraved along the periphery. The [Re]master01 Selfwinding Chronograph is powered by the in-house selfwinding Cal. 4409 movement and is presented on a light brown hand-stitched calfskin strap, with an additional dark brown alligator strap also included. 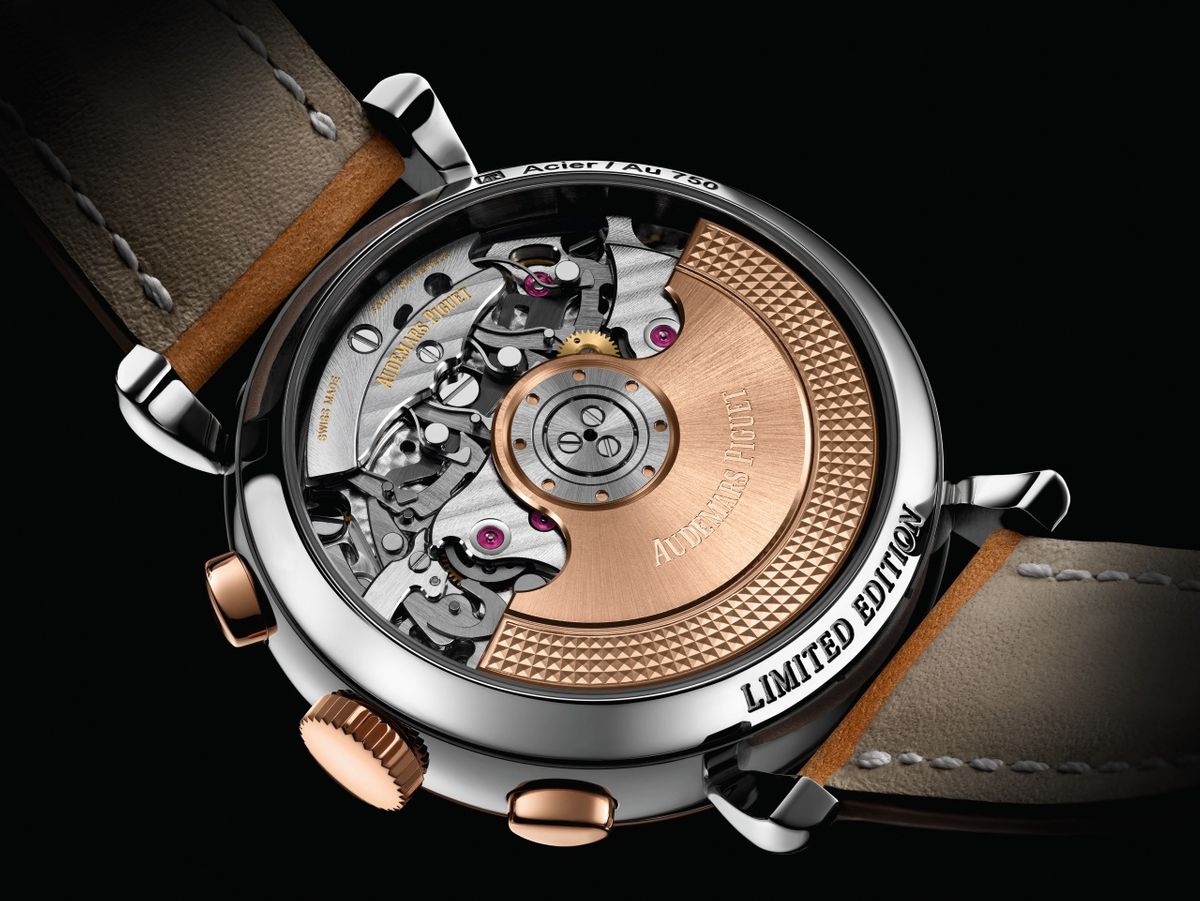 “People are very cognizant of the design shake up that took place in the 1970s and in the early 2000s,” notes Michael Friedman, Audemars Piguet’s Head of Complications. “However, creative expressions of case form and dial design have occurred during every decade of our history. For [Re]master01, we chose to explore the strength and elegance of one of our chronograph wristwatches from 1943 through the prism of 2020. This is not a historic reissue – it is a contemporary remastering of one of our past creations. There were many inspiring watches within our Heritage collection that could have been the basis for this remastering project. The entire team unanimously decided on this chronograph wristwatch because of the specific aesthetic and emotional connections we all felt for this echo of the past.”

*All images courtesy of Audemars Piguet 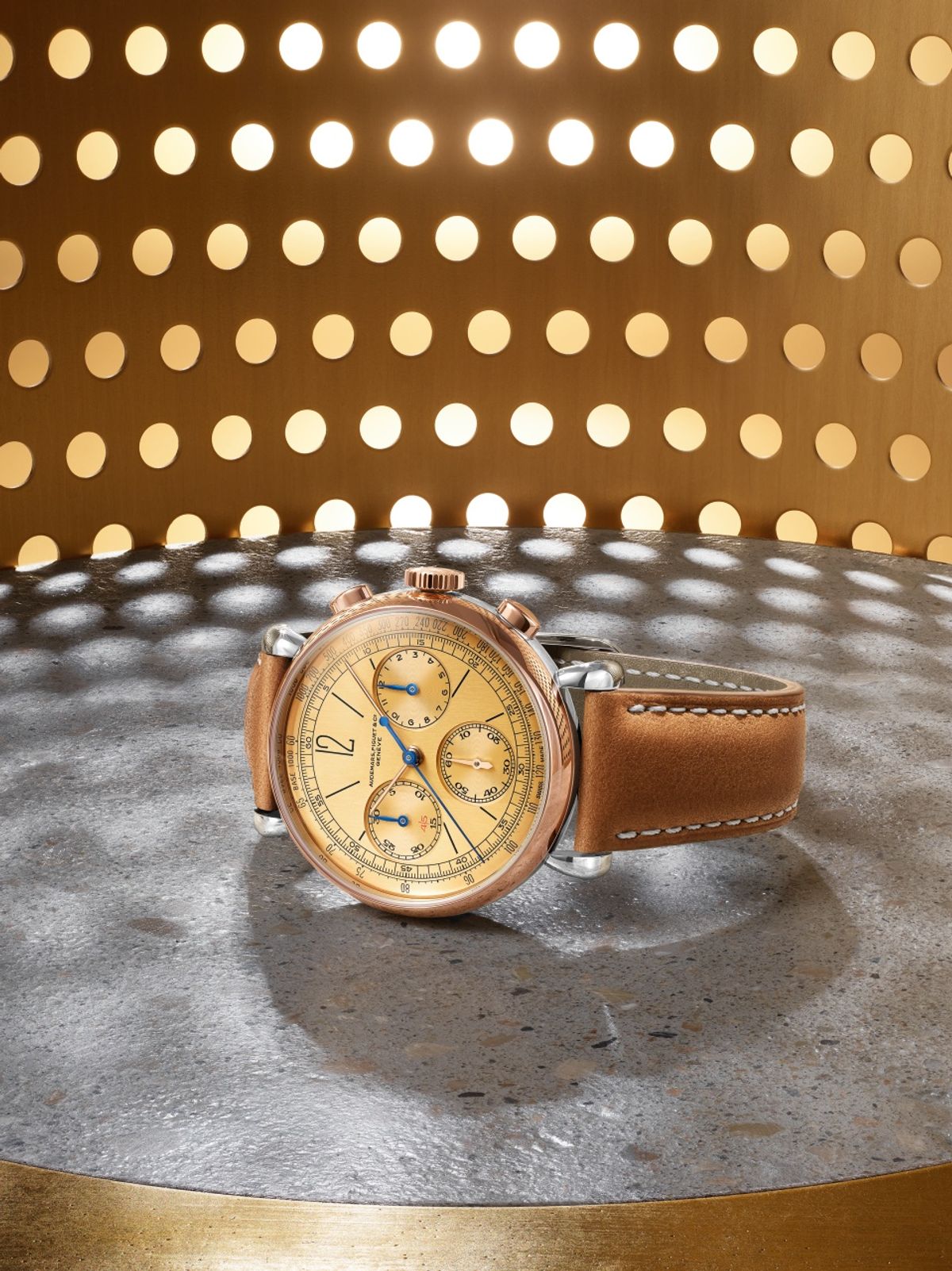