The Royal Oak is easily Audemars Piguet’s most famous and successful watch. Designed by Gerald Genta and first brought to life in 1972, the Audemars Piguet Royal Oak is the original stainless steel luxury sports watch, and this year marks its 50th anniversary. Given the half-century milestone, everyone was hoping that AP had something big planned for the collection in 2022, and the historic Swiss watch manufacturer did not disappoint. To celebrate the Royal Oak’s 50th anniversary, Audemars Piguet didn’t just unveil one new watch, but rather announced a whole fleet of new models. Read on for a full recap of the new AP Royal Oak releases. 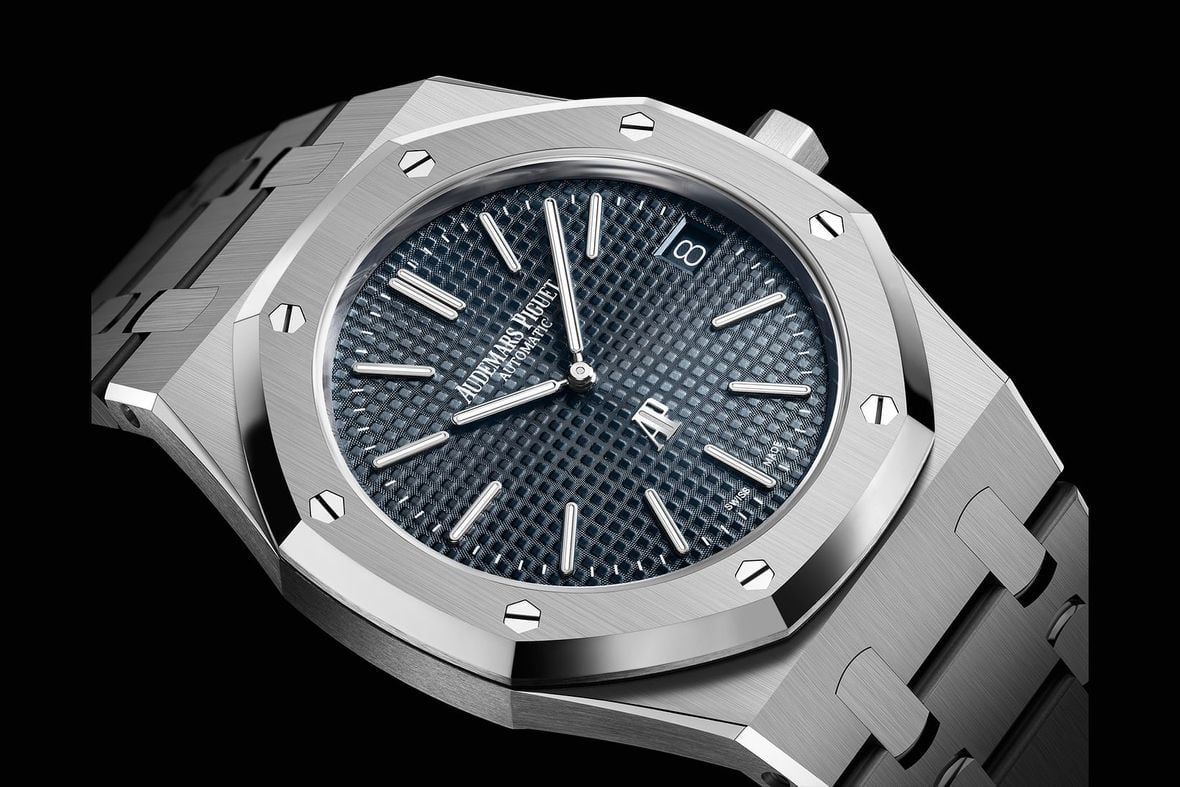 Probably the single most noteworthy new release is the Audemars Piguet Royal Oak “Jumbo” reference 16202. The previous ref. 15202 was a long-time favorite among many collectors, and this new model offers much of the same exact look and feel with its ultra-thin 39mm case. However, it features a slightly updated dial and an all-new movement (Caliber 7121), which improves upon its predecessor with a quickset date and longer power reserve.

Despite the new movement, exterior dimensions remain unchanged, which is rather impressive considering that the new caliber is slightly larger than the previous one. In total, there are four new versions of the AP Royal Oak 16202: stainless steel with a blue dial, pink gold with a smoked gray dial, yellow gold with a smoked gold dial, and platinum with a smoked green dial. Additionally, the new Jumbo (along with the other 50th anniversary Royal Oak watches) features a special oscillating weight with a “50 Years” logo, and this anniversary detail will only be included on the examples that are sold in 2022. 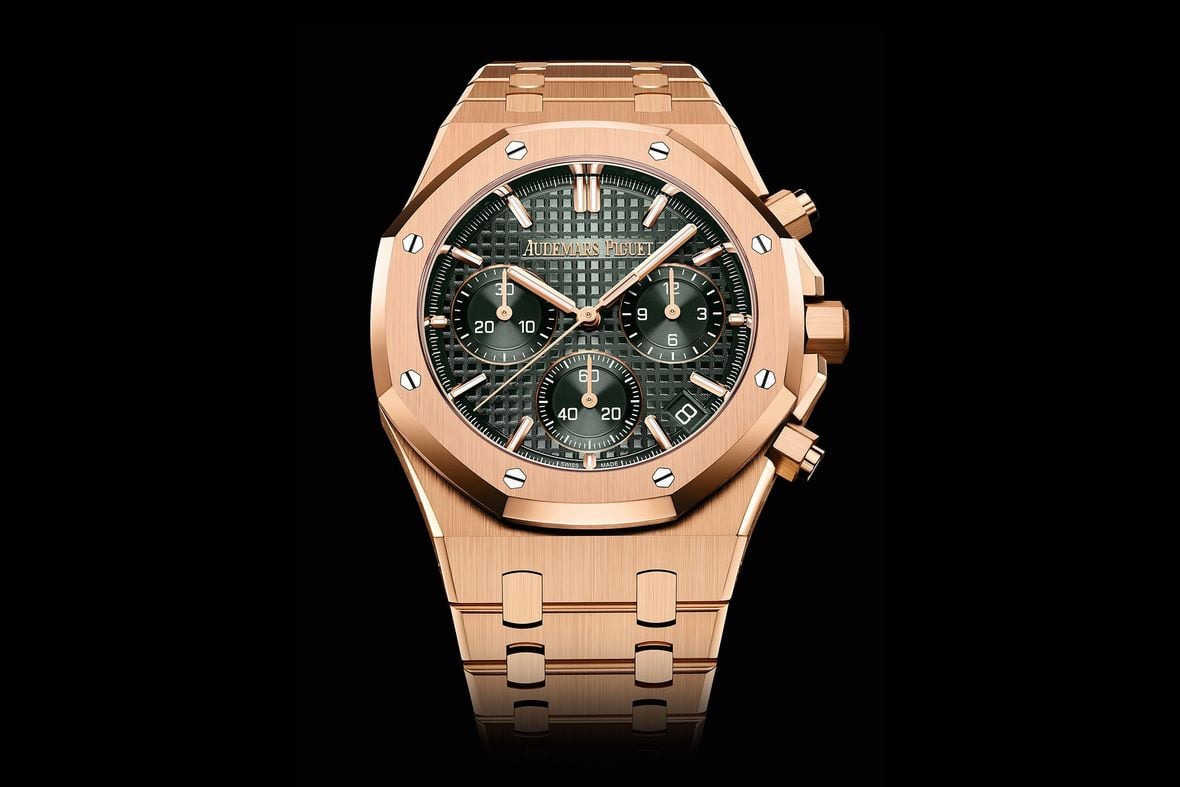 Among the new models launched to celebrate the 50th anniversary is an entire range of updated Audemars Piguet Royal Oak Chronograph watches. A total of seventeen new models join the lineup for 2022, spread across both 38mm and 41mm case sizes, and including both stainless steel and pink gold references.

The overall format of the new AP Royal Oak Chronograph is very similar to the previous generation, and it even carries over the same movements from before (Cal. 2385 for the 38mm model, and Cal. 4401 for the 41mm version). However the new generation features a number of refinements including new dial colors, an improved caseback, and an updated bracelet with thinner links that better accentuates the shape of its taper. 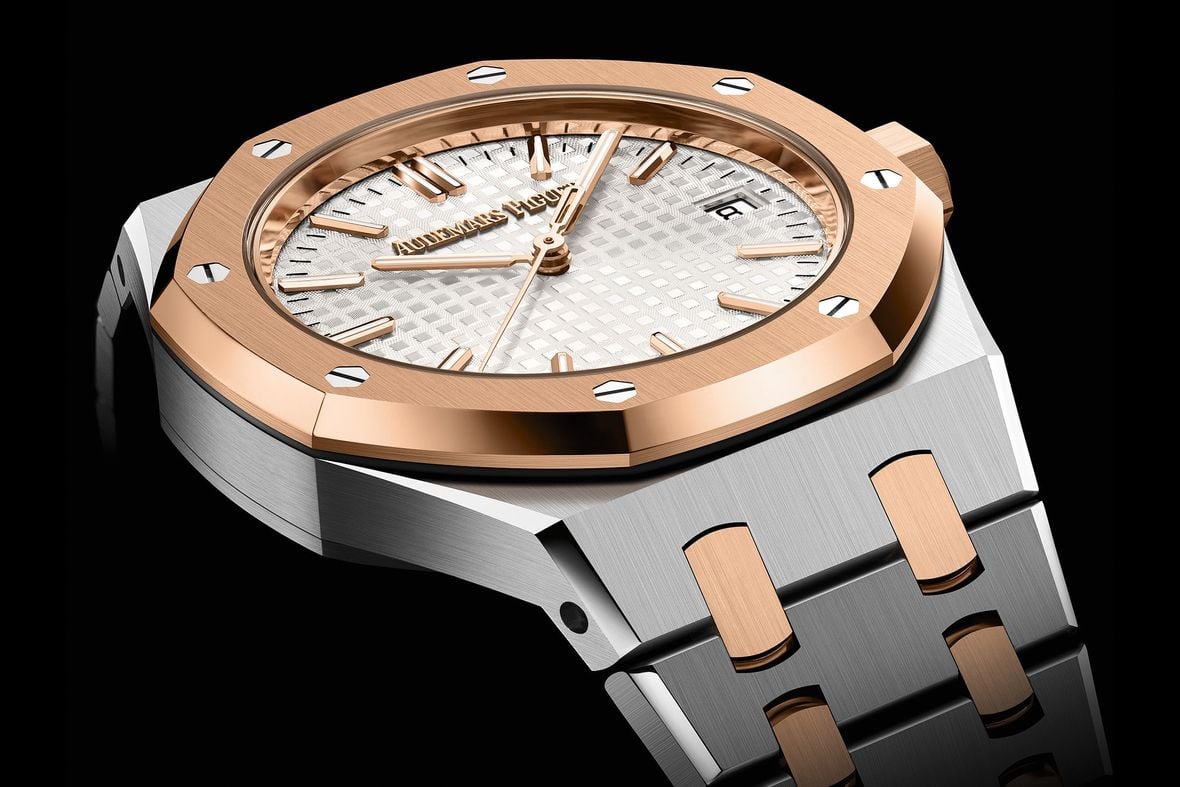 In addition to a new full-size “Jumbo” model, Audemars Piguet has also released a new mid-size 37mm Royal Oak in the form of the reference 15550. Available in stainless steel, pink gold, and two-tone, the new Royal Oak 37mm watches feature wider bevels that better highlight their case finishing, along with a slightly more refined version of the model’s iconic bracelet.

Internally, the new 37mm AP Royal Oak also benefits from an update and it is now powered by the Caliber 5900, which is thinner and offers a higher frequency than its predecessor. Although the 37mm version is just 2mm smaller than the full-size “Jumbo” model, the difference is quite noticeable on the wrist, and it significantly increases the number of people who can wear the Royal Oak’s iconic style. 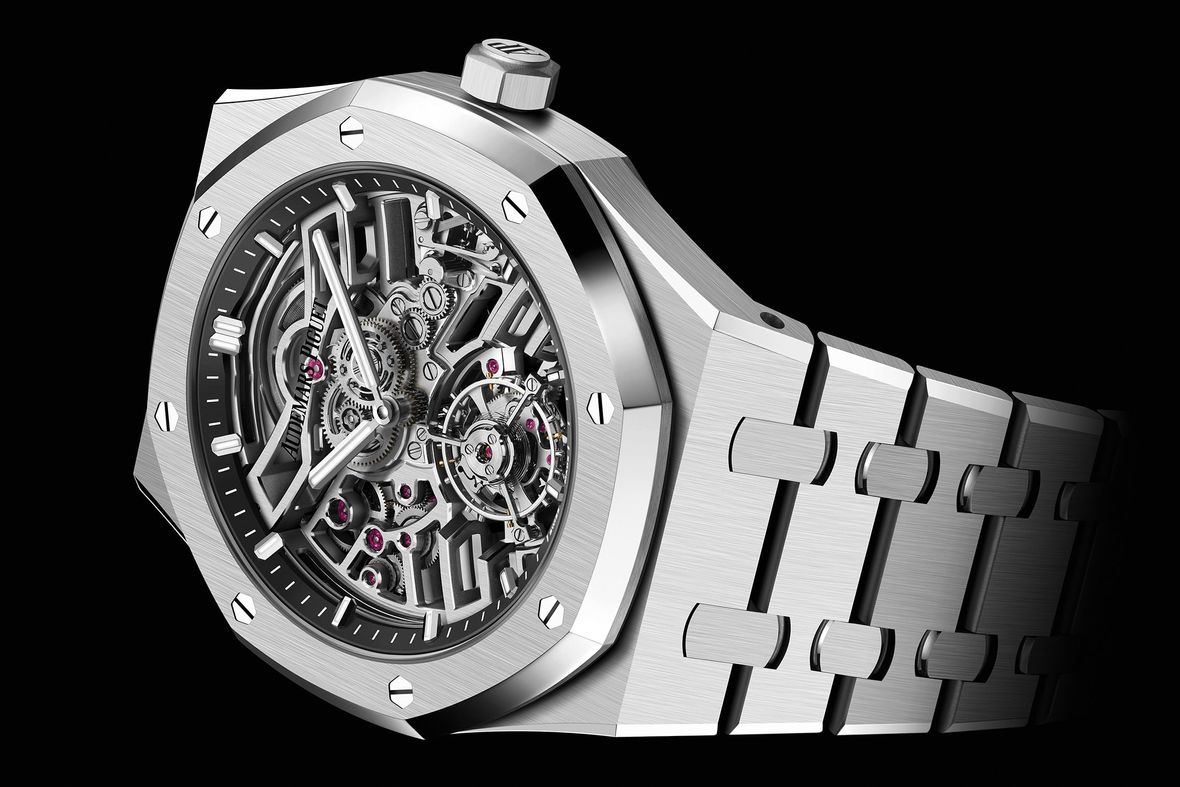 *All images courtesy of Audemars Piguet