The 2018 FIFA World Cup kicked off yesterday with the host country giving a 5-nil beat down to Saudi Arabia. But the magic of the World Cup was reserved for today: the first day of group play.

The drama is already running high. Uruguay beat Egypt 1-0, Iran won their first game since 1998 in dramatic fashion with a 1-0 spat with African giants Morocco, and the Iberian rivals of Spain and Portugal traded punches in a 3-3 draw that saw Cristiano Ronaldo complete his hat-trick.

A month of world class soccer (or football, if you’re literally anyone else other than the United States) awaits, and there’s one company that is going to be documenting every second of it.

The Official Timekeeper of The World Cup

Hublot takes the honor of being the official timekeeper of the 2018 FIFA World Cup. Besides the most obvious contribution to the tournament coming in the form of providing sideline referees with the substitution board (pictured below), Hublot has helped in even more impressive ways. 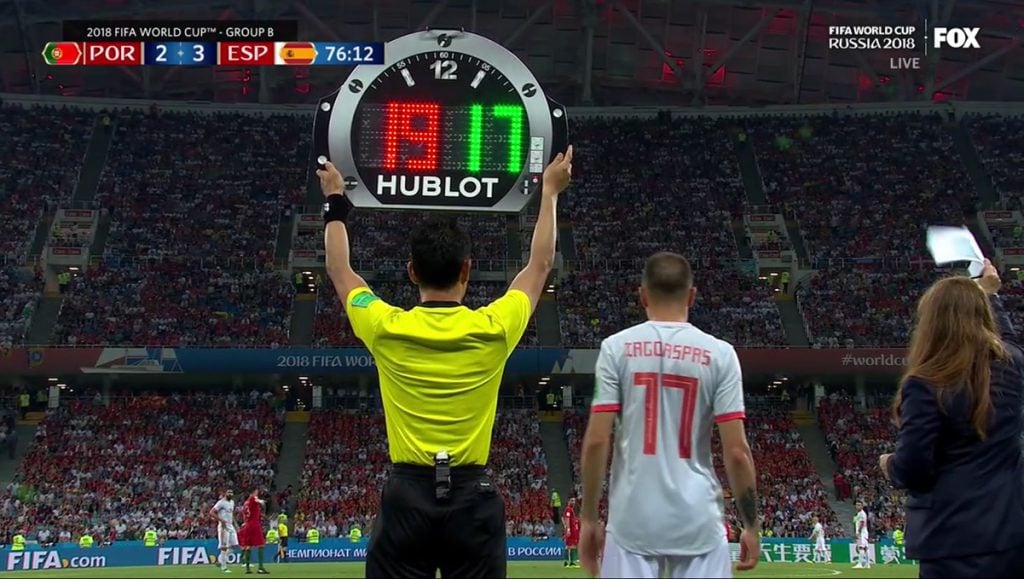 Hublot is the official timekeeping sponsor of the 2018 World Cup

Referees at the World Cup this year will wear specially developed Hublot timepieces, designed to assist them with the tournament. This year’s World Cup will be the first time video technology (or VAR) will be in use and FIFA have opted to aid the referee’s with Hublot’s customized The Big Bang Referee 2018 FIFA World Cup watch. 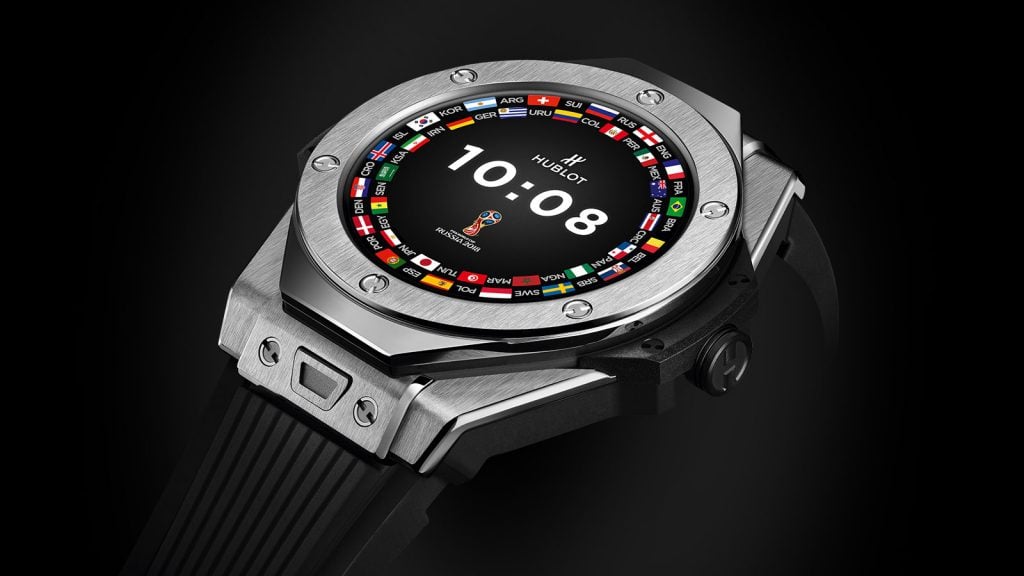 The watch is the result of hundreds of hours of research and development, as well as a trial run at the 2017 FIFA Confederations Cup. Apart from keeping time, the watch also syncs with their g0al-line technology which can measure with exact precision whether or not a ball has crossed the goal line. Among its many impressive features, the watch is entirely customizable and comes with an assortment of straps commemorating the 32 nations participating in this years World Cup. 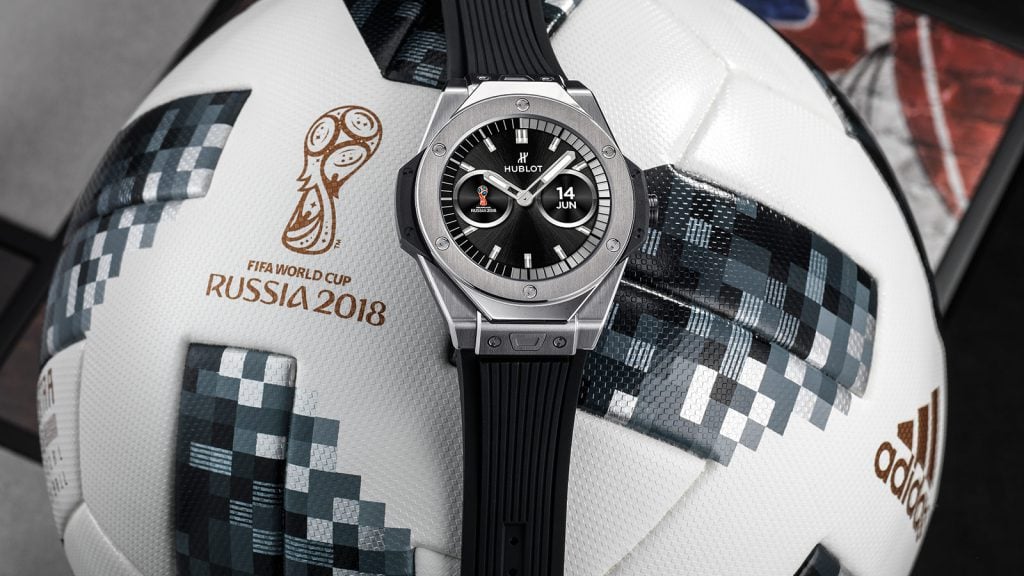 The Big Bang Referee Watch has a variety of settings, including an automatic watch display

The watch also has an application that features several notifications such as the announcement of matches 15 minutes before their kick-off, yellow cards, red cards, player changes and goals.

What’s most impressive about this watch may not even be its wide array of features. Typically, Hublot watches can set you back around $10,000. But this digital version of Hublot’s classic Big Bang watch retails at $5,100. Although there are very limited quantities of this watch, this is one of the least expensive ways to acquire a luxury watch (even if it is digital).

A Smart Watch With Style

While many luxury watch apologists may deride the arrival of smart watches in the market, this Hublot makes a serious case for its inclusion in the horology community. Rather than trying to dip a smart watch in a precious metal and pass it off as a luxury watch (nice try, Apple), Hublot has spared no expense or attention to detail in the making of this watch. A feat of human engineering that pays homage to its mechanical predecessors, the Big Bang Referee watch is a superb addition to a well-regarded line-up.