What The Breitling Navitimer 8 Means to the Brand

In the last year, there’s been much talk about the future of Breitling. An acquisition by CVC Capital Partners in April of 2017, the arrival of Georges Kern (the much loved former CEO of IWC), and ongoing talk of new direction in terms of product have left many of us in the industry speculating on what to expect in the years to come. As a first step forward into the future of the brand from a product standpoint, Breitling recently unveiled an all-new collection dubbed the Navitimer 8, hosting a series of launch events globally that looked both at the new collection, as well as to the brand’s rich historical archives. Having taken some time to digest these new releases, as well as the numerous statements from HQ about the line and where the brand is headed, we thought we would take a moment for a closer examination of these new arrivals, and where they stand in the market. 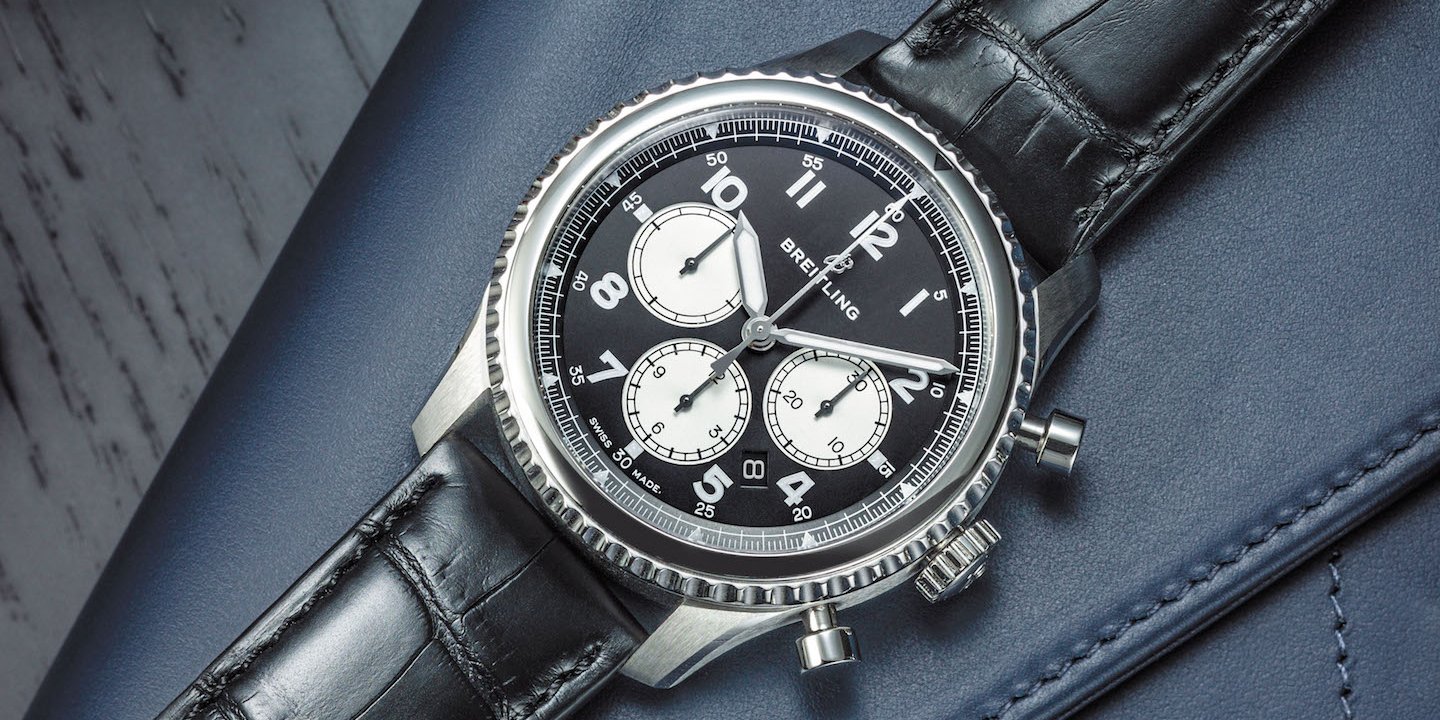 The Collection As a Whole

Before getting to the rest of the equation, the Navitimer 8 generates a good number of talking points. All told the new collection includes 11 dial variations spread across 5 new models. Considering Kern has spoken frequently about reduction of the overall number of models and variations, this came as a bit of a surprise. Aside from the Navitimer 8 B01 chronograph being offered in gold, the balance of the collection all feature brushed steel cases with polished accents, available either on a leather strap or steel bracelet. The dials will mostly feature a brushed sunray finish in either dark grey or blue, with the exception of the Navitimer 8 Chronograph using matte dials, the Gold Navitimer 8 B01 with a brown dial, and finally the Unitime world timer which can also be had with a light silver dial.

For those wondering, the nomenclature chosen for the new line does have some historical roots. It is named after the “Breitling Huit Department”, founded by Breitling in 1938 as the sub-group to supply dashboard instruments and on-board clocks to the private and military aviation industries. Though this final detail doesn’t hold true in this current collection, the name Breitling Huit (or eight, translated to English) was chosen as a nod to the 8-day power reserve that was common in dashboard clocks of the era. 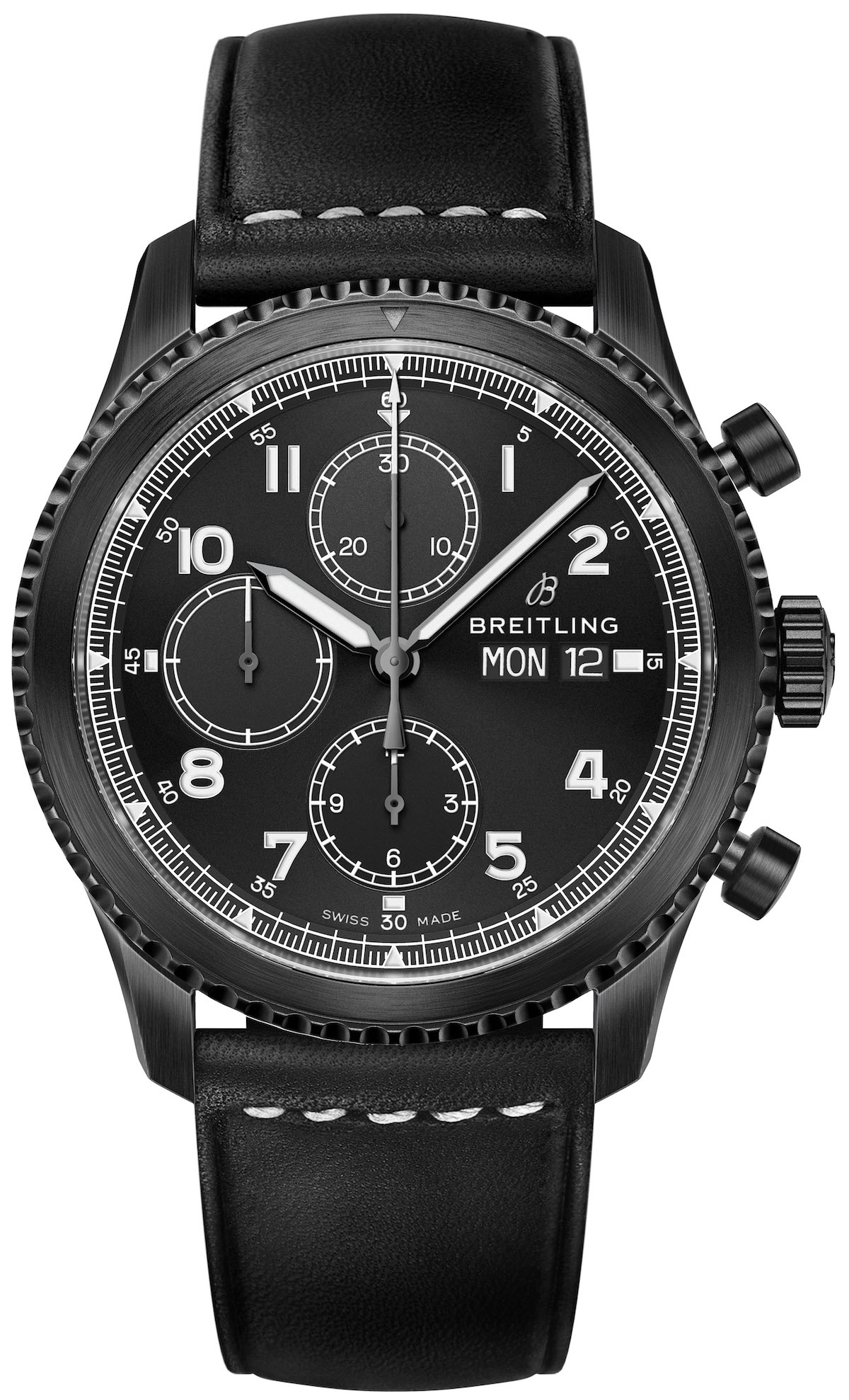 The first surprise that hit us with the launch of the Navitimer 8 series is that two different Chronograph models are a part of the product line, both fitted in the same 43mm case. The aforementioned B01 is powered by Breitling’s in-house chronograph caliber of the same name, and features a 3-6-9 3-register chronograph configuration with a date window at 4:30. These models feature contrasting subdials in a reverse-panda configuration, keeping the pieces quite legible all while staying true to the aesthetics of past modern Navitimer models. The choice of font, as well as the design of minute/hour tracks on the subdials add a slightly vintage touch to these pieces that works really well, all told.

A half step further into the model range, the Navitimer 8 Chronograph adds a day of the week indication, and reconfigures its subdials to a 6, 9, 12 configuration color-matched to the balance of its dial. The second chronograph forgoes the in-house Breitling caliber for an outsourced one then modified by Breitling, including the addition of color-matched day and date discs—a nice touch, though one we’ve come to expect in the category this watch will be competing in.

According to Breitling the idea was to offer a more “price-conscious” chronograph offering alongside the B01, however we’re having a hard time with this justification. Looking at hard math, Breitling is fishing for a premium north of $2,000 for the in-house chronograph, and though the watch will feature additional niceties (higher spec movement finishing and an exhibition caseback, among other things), the jump from $5,420 to $7,600 from one model to the next on leather strap, we aren’t talking about a nominal difference in price here. By comparison, this past January we saw Panerai move its entire Due line to in-house calibers without charging an additional premium, and by and large consumers are becoming more sensitive to these kinds of moves from the industry at large. That in mind, we’ll be curious to see how the two models do in terms of sales volume as they compete for the same buyer. Of its variations, those with an affinity for all-black watches will no doubt appreciate the Black Steel Chronograph, which is safely the only real “edgy” model of the pack. 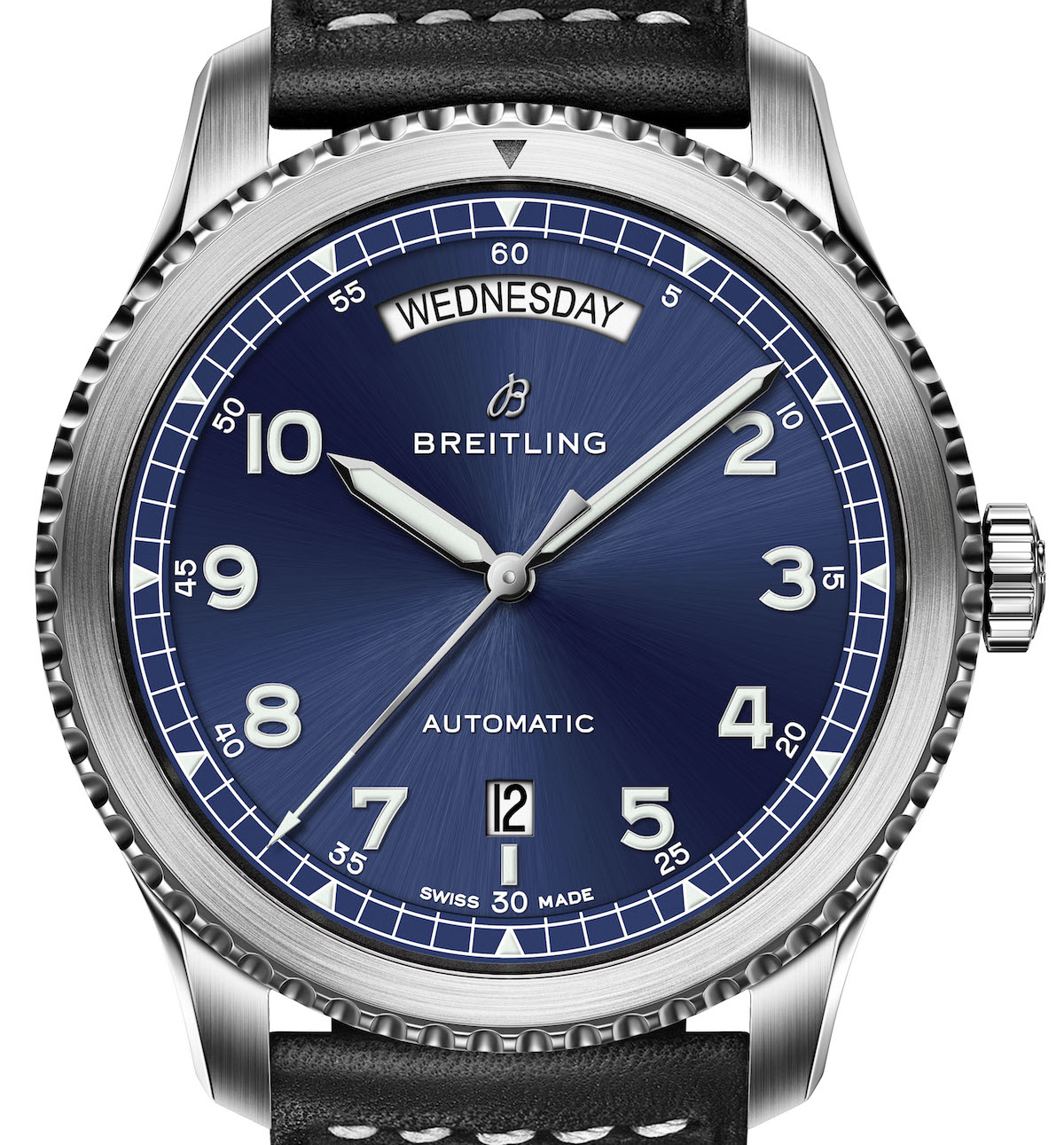 Looking at the rest of the collection, it’s easy to see that there’s a plan afoot to capture a new segment of entry-level Breitling buyers. Between its vintage-inspired design cues and for Breitling very compact 41mm diameter and ~11mm thickness, the Navitimer 8 Automatic and Navitimer 8 Day & Date speak a very different lingo than most modern offerings we’ve seen from the brand. The Day & Date models finds itself being nearly as polarizing as the 2nd chronograph offering in this new model range, as it features the same day placement as found on the much-loved Rolex Day-Date. In the metal, we found the model a fair bit more appealing than expected, and all told the balance of the day at 12 and date at 6 works quite well aesthetically. By comparison, the simple Automatic variant fell a bit flat in our eyes. Though unsure if it’s a matter of the proportions of its indices in relation to its dial, its unmarked brushed steel bezel, or the simple fact that it’s been a good while since we’ve seen much from Breitling whose design we could refer to as simple or understated.

Of the many new pieces heading to market this summer, the one we (surprisingly) found ourselves enjoying more than expected wound up being the Navitimer 8 Unitime. The light silver example, featuring subtle accents in red and blue, proved to be quite charming in person, and its vintage-looking font for city indication reminiscent of that found on the Chopard Time Traveler One—our favorite world timer on the market right now. In recent years any Breitling world timer found itself mated to a chronograph complication, and by and large was priced a bit steeper than anything it could compete with. Though we don’t have official pricing on this model at time of printing, we’re expecting it to be a fair bit more competitive.