Established in 2002, British luxury watchmaker, Bremont is a relative embryo in horology terms. Yet through their exacting standards and dedication to some of the industry’s finest traditions, they have continued to delight a wide circle of discerning clientele with their luxury watches. Now in their 17th year of operation, their latest creations have recently been launched, covering a diverse range of styles all made in their Henley-On-Thames HQ. Below we will take you through the new Bremont 2019 releases, from the military-inspired models to the newest additions to the ladies collection. 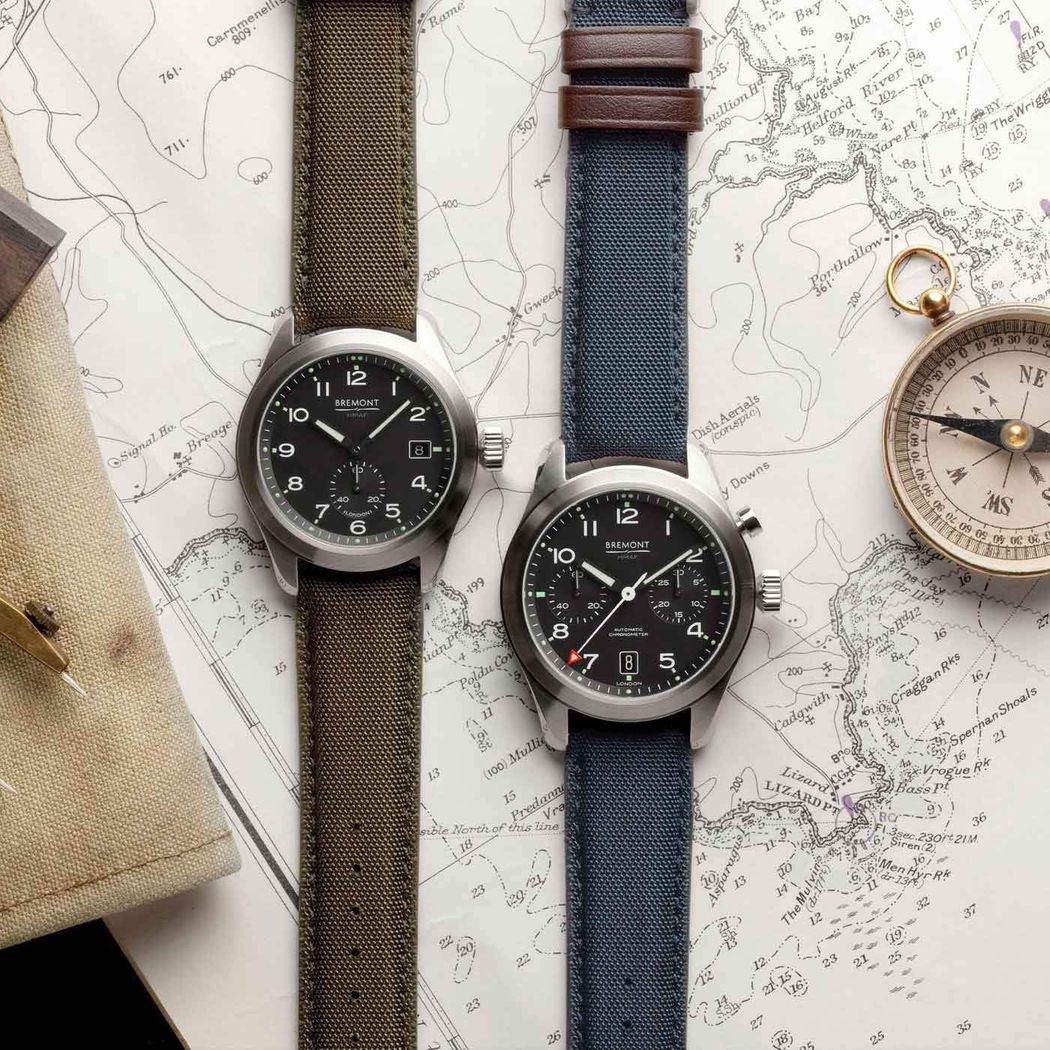 The 3 watches in the Armed Forces Collection are among the most discussed new additions to the Bremont 2019 lineup. (Image: Bremont)

The biggest news to emerge from the leafy suburb Bremont calls home is that they have been selected as official partner of the British Ministry of Defence (MOD). The brand has produced a number of special order pieces for the U.K’s military in the past, but this year’s offerings are the first to be accessible to a civilian audience as well.

The ‘Bremont Armed Forces Collection’ includes three chronometer-rated watches, one each for the Army, Royal Navy, and Royal Air Force. Design-wise, there is a significant nod towards the original Dirty Dozen, the 12 watches commissioned by the MOD during the 1940s from the likes of Omega, JLC, Longines, and others. Like those classics, Bremont’s trio meets the same criteria laid down for a frontline timepiece, including high levels of water and shock resistance, luminous markings on the dial, and certified accuracy. 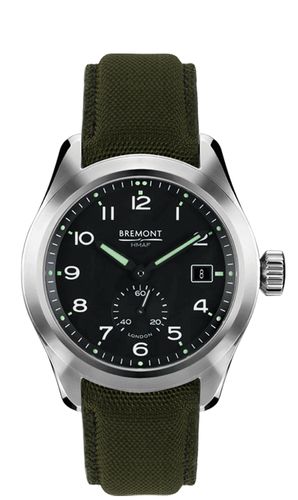 New to the Bremont 2019 collection is the Broadsword, a modern rendition of the classic field watch. (Image: Bremont)

The Bremont Broadsword, destined for army issue, is perhaps the model most in keeping with those vintage originators. A 40mm three-hander, with running seconds on a six o’clock sub-dial, it is a straightforward, no-nonsense performer – tough, practical and rugged. Fitted on a canvas strap like all good field watches, the Broadsword is as practical and utilitarian as a soldier’s piece should be.

The Bremont Argonaut is the Royal Navy’s newest recruit, a 42mm piece that takes a Dirty Dozen model and turns it into a dive watch. Water resistant to 300m, it features an interior bezel operated by the second crown at four o’clock – an element we first saw from the brand on their Martin Baker and U2 lines. Destined for a life underwater, the large minute and seconds hands are given flashes of bright orange, and all are filled with plenty of lume for legibility in the murk. 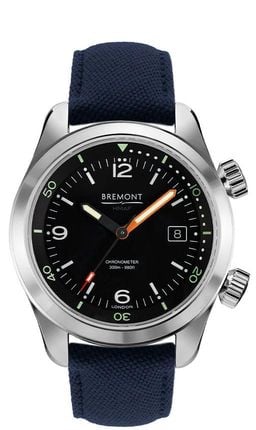 Representing the Royal Navy is the Argonaut, which joins the Bremont 2019 Armed Forces Collection. (Image: Bremont)

Lastly, the Bremont Arrow continues the company’s long association with professional aviators, as the latest release for the Royal Air Force. Also coming in at 42mm and sitting on another canvas strap, this time in regimental RAF blue, the monopusher chronograph allows you to start, stop and reset the twin counters with one button. As with the others in the range, it runs on a modified ETA movement, in this case the automatic BE-51AE, based on the 7750.

With the majority of Bremont’s output being produced in-house, the watches don’t qualify as ‘Swiss Made’ and therefore cannot carry the COSC’s certificate. However, the Official Swiss Chronometer Testing Institute is indeed assessing the movements and providing the results, allowing Bremont to issue its own certification. In fact, the company recently announced its intention to break away from the COSC altogether and use the ISO 3159 standard instead. 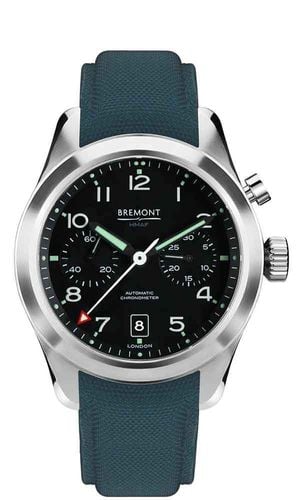 The Arrow is for professional aviators, and is the third watch in the Bremont 2019 Armed Forces Collection. (Image: Bremont)

But the best news, for consumers at least, are the prices. In keeping with the Dirty Dozen, the watches in the Armed Forces Collection have simple two-piece cases with a screw-in backs, doing away with Bremont’s renowned Trip-Tick three part constructions. That has kept prices far lower than we are used to with the brand; the Broad Arrow comes in at under $5,000, the Argonaut and Broadsword less than $4,000 each.

It is a major coup for the company to have been selected by the MOD, making them the sole watchmaker able to legitimately use the heraldic badges of each arm of the military services, and you will find the individual insignia engraved on each model’s case back. A trio of well-thought out and striking chronometers, the collection is destined to continue Bremont’s success.

Named after the aircraft manufacturer that gave us the Spitfire, the Supermarine series is actually Bremont’s dive watch collection. This year, there are three new additions, to the S2000 and S300 ranges.

The S2000 remains the brand’s most capable performer, a 45mm tank of a watch rated down to 2,000 meters. For 2019, a pair of refreshed versions offer up some variety in color over the initial model that dates back to 2013. Identical bar a few painted accents – on the dial text, the tip of the minute hand, and another on the first 20 minutes of the unidirectional bezel’s engraved numerals – you can take your pick of either a red or a yellow piece. 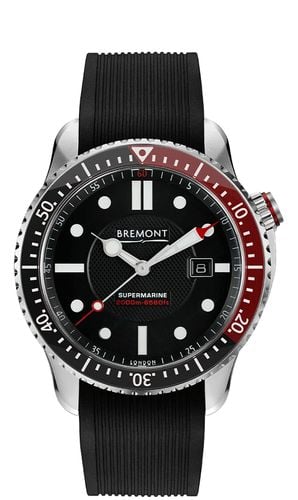 The Supermarine S2000 is not a new watch; however Bremont has added some new color options for 2019. (Image: Bremont)

Elsewhere, all is pretty familiar. We are back to Bremont’s own Trip-Tick setup, in hardened stainless steel, which ensures that mammoth water resistance. The movement, another reworked Swiss import, the BE-36AE, is shrouded in a Faraday cage to protect it from the effects of magnetic forces, à la the Milgauss, Railmaster and others. Lastly, a crown guard and automatic Helium escape valve keeps things safe and secure.

For the S300, a more scaled-down diver, with a 40mm case and 300 meter waterproofing, again the biggest change is in coloring. As we first saw with certain members of the S500 family last year, the newest inclusion to the S300s features a white dial – something of a rarity in true dive watch circles. Surrounded by a dark blue ceramic bezel, the central portion of the face is knurled, offering up beautiful contrast and depth, and making for a versatile everyday wear. 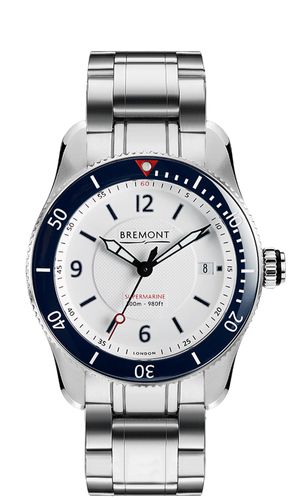 At 40mm in diameter and with more traditional proportions, the S300 is the smaller, more classically-styled diver in the Bremont 2019 collection. (Image: Bremont)

The chronometer-certified BE-92AE is carried over from previous iterations, a 28,800vph, 21 jewel caliber with 38-hour reserve. It sits behind the screw-in case back, which is finished with an engraving of the Spitfire itself. Although both dive watch ranges have received only quite superficial updates for this year, they are especially accomplished watches in the category, and make intriguing alternatives to the glut of usual suspects.

Perhaps the brand’s most iconic line, 2019 marks the 10-year anniversary of Bremont’s partnership with ejector seat pioneers, Martin Baker. The original MBI was only made available to pilots who had actually bugged out of their aircraft the hard way, while the follow up MBII and MBIII were opened up to civilians.

This anniversary model is limited to just 310 pieces and is another that embraces the draw of the white dial. A GMT watch with an internal Roto-Click bezel, controlled by a twin crown at four o’clock like the Argonaut, it features several knowing winks to its collaborator.

The inverted triangle at the six is the standard ejection warning logo found on aircraft fuselages, while the seconds hand has been given the yellow and black striped grab handle arrangement on its short axis. On the reverse of the 43mm Trip-Tick case, the screw-in back is engraved with a MK16 ejection seat, found on the Lockheed Martin F-35 Lightning II fighter. 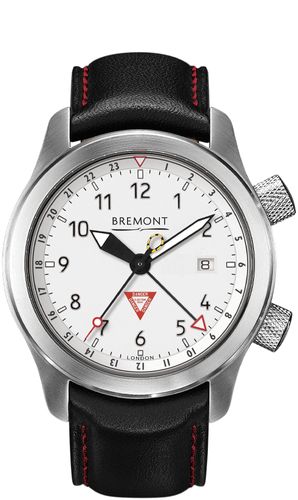 The MBIII is the third watch that Bremont has done with Martin Baker. (Image: Bremont)

But rather than being all form and no function, the special edition MBIII is as over engineered and failsafe, as is the best from Martin Baker. The movement is attached to the case via a flexible ring that absorbs the sort of extreme shocks you would expect during ejection from an aircraft. The watch again features an inner soft iron cage for electromagnetic protection – and the two elements work together to fulfill Bremont’s motto of ‘Tested Beyond Endurance’.

In all, the birthday MBIII sits in the range handsomely, a testament to Bremont’s love of all things airborne.

The final new releases are additions to the ladies collection, with the previous Solo-32 models being retired and replaced with the slightly larger Solo-34.

As well as the refreshed size, the Solo-34 AJ range (named for legendary female pilot Amy Johnson) features the first mother-of-pearl dial Bremont has yet produced. The other 34mm family in the range, the Solo-34 LC, is christened after Lettice Curtis, an English flight test engineer and racing pilot. Ostensibly the same, the LC series features applied Roman numeral hour markers, whereas the Amy Johnson has dot indexes. 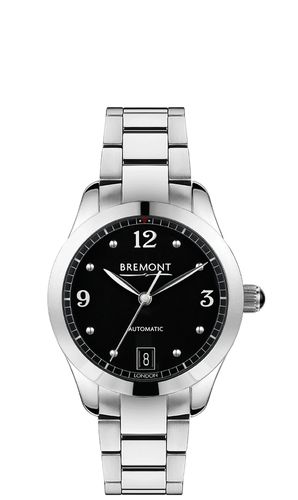 The Solo-34 AJ joins the Bremont 2019 lineup and brings with it the option of a black, white, or mother of pearl dial. (Image: Bremont)

All are forged from hardened stainless steel, with gold versions rumored to be following in the near future. Like the men’s collection, the Solo-34s are a fine mixture of everyday sophistication and admirable simplicity. With impossibly elegant blued sword hands, the new Solo-34 watches are available on a number of different straps and bracelets. Powered by the BE-92AV, a sapphire case back lets you see everything ticking away.

Bremont as a company is holding up the British watchmaking industry almost single-handedly, and yet continue to impress. An example of how to do things right in the world of luxury timepieces, they are edging towards becoming a completely vertically-integrated manufacturer, building their own in-house movements. Be sure to check back for the latest news from the brand as soon as it happens. 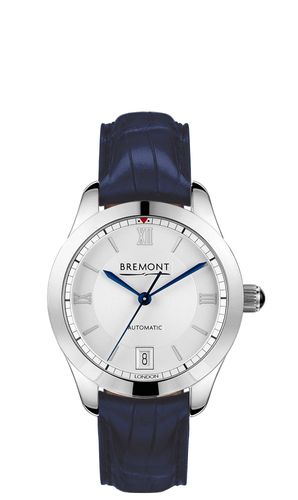 The Solo-34 LC is also new to the Bremont 2019 lineup, but does not offer buyers the option of a mother of pearl dial. (Image: Bremont)