HYT has long been one of the more edgy and boundary pushing independents on the market, standing out from the pack with their unique mechanical creations that integrate fluid into their time displays. Fun fact, the entire concept of the watch was spun up as a means of showcasing the precision dosing fluid technology that has since become the core of their luxury watches. History lesson aside, HYT has a new beast on the block, and it’s hands-down their most unique to date. 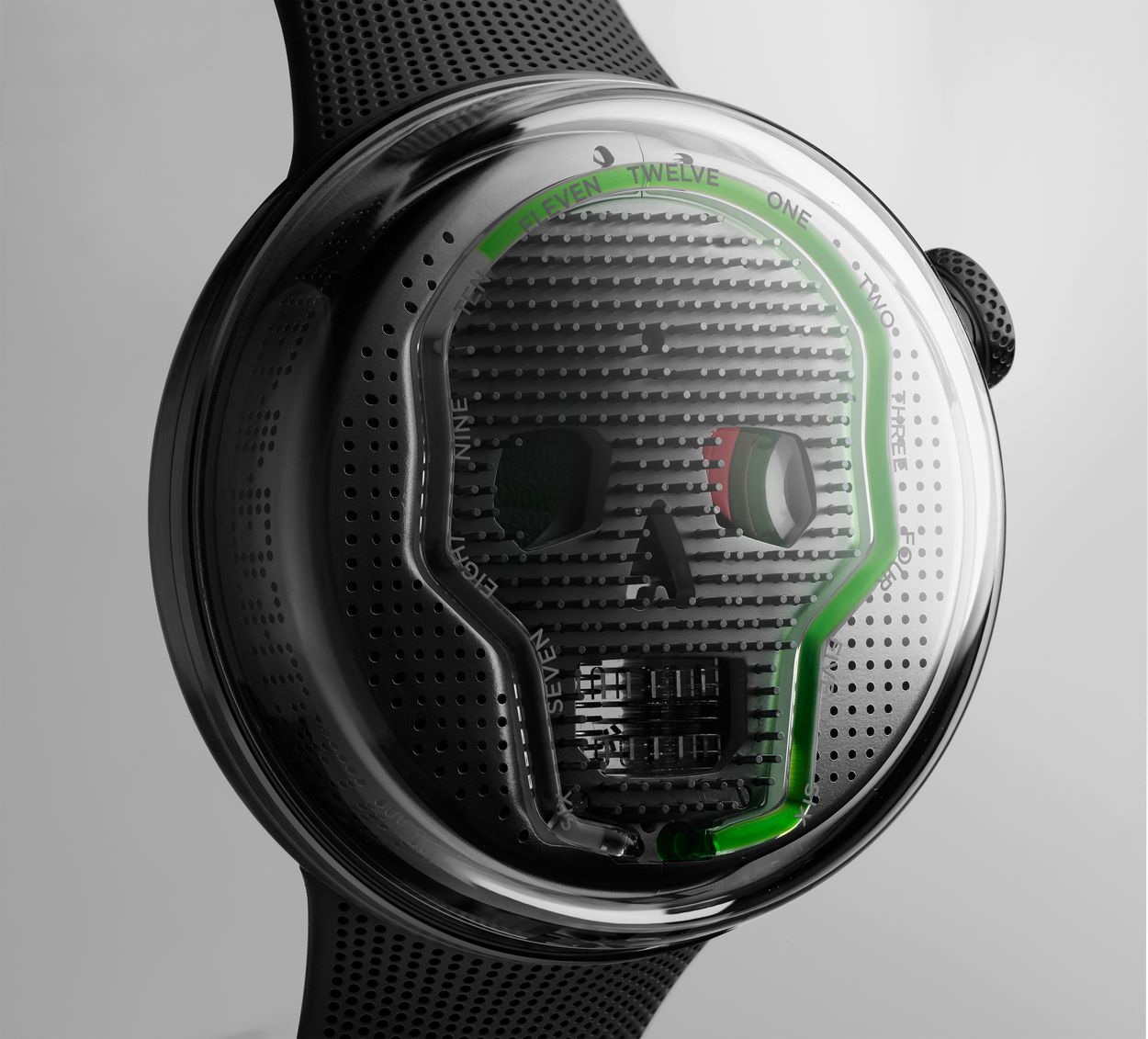 You’re looking at the all new Soonow. As you may have noted, HYT has recently pivoted away from a focus on the technical and industrial, towards delving more into the fluid nature of the human experience of time. Not to sound all light and fluffy, but I kind of get where the brand it going here. Yes, accuracy in fine watchmaking is still absolutely important, but all of the big guns have mastered this in varying degrees.

In contrast, there aren’t many brands that are willing to look beyond conventional design, to make conscious trades of precise legibility for the sake of distinct and artful design. Sure, they aren’t the only player in the field, but in the same breath, there’s nothing out there like HYT and especially nothing like the Soonow. 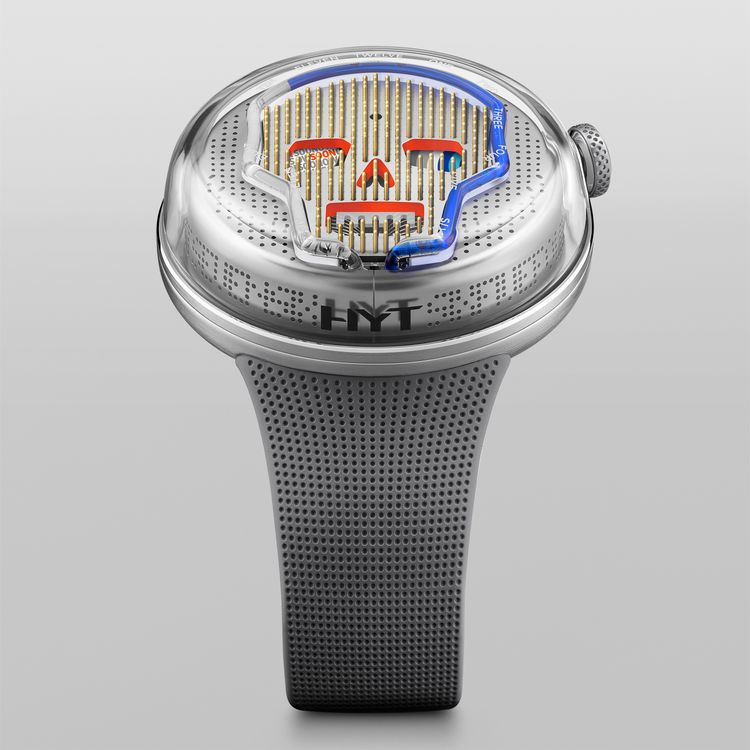 Getting to the watch at hand, the Soonow is effectively an evolution of the HYT Skull, though one with more significant changes than we’ve seen since its inception. Rather than a galvanized, three dimensional, almost graphic interpretation of a skull occupying the majority of its dial topography, this new model uses 313 hand polished white gold pins to take the form of its skull. Viewed head-on, we see a symmetrical pointillism of sorts, whereas when viewed from an angle, the varied height of said pins appear as a small city of cylindrical towers.

Each eye of the skull possess its own function; one serves as a power reserve indicator, while the other acts as a running seconds display. Looking at the fluid tube that delivers its time indication, you’ll note a few additional key differences. First, the skull’s profile has been altered dramatically, with additional and more anatomically accurate curvature. Though a “simple” change in theory, the manufacturing efforts required to refine this glass plumbing was a reasonably complex undertaking. 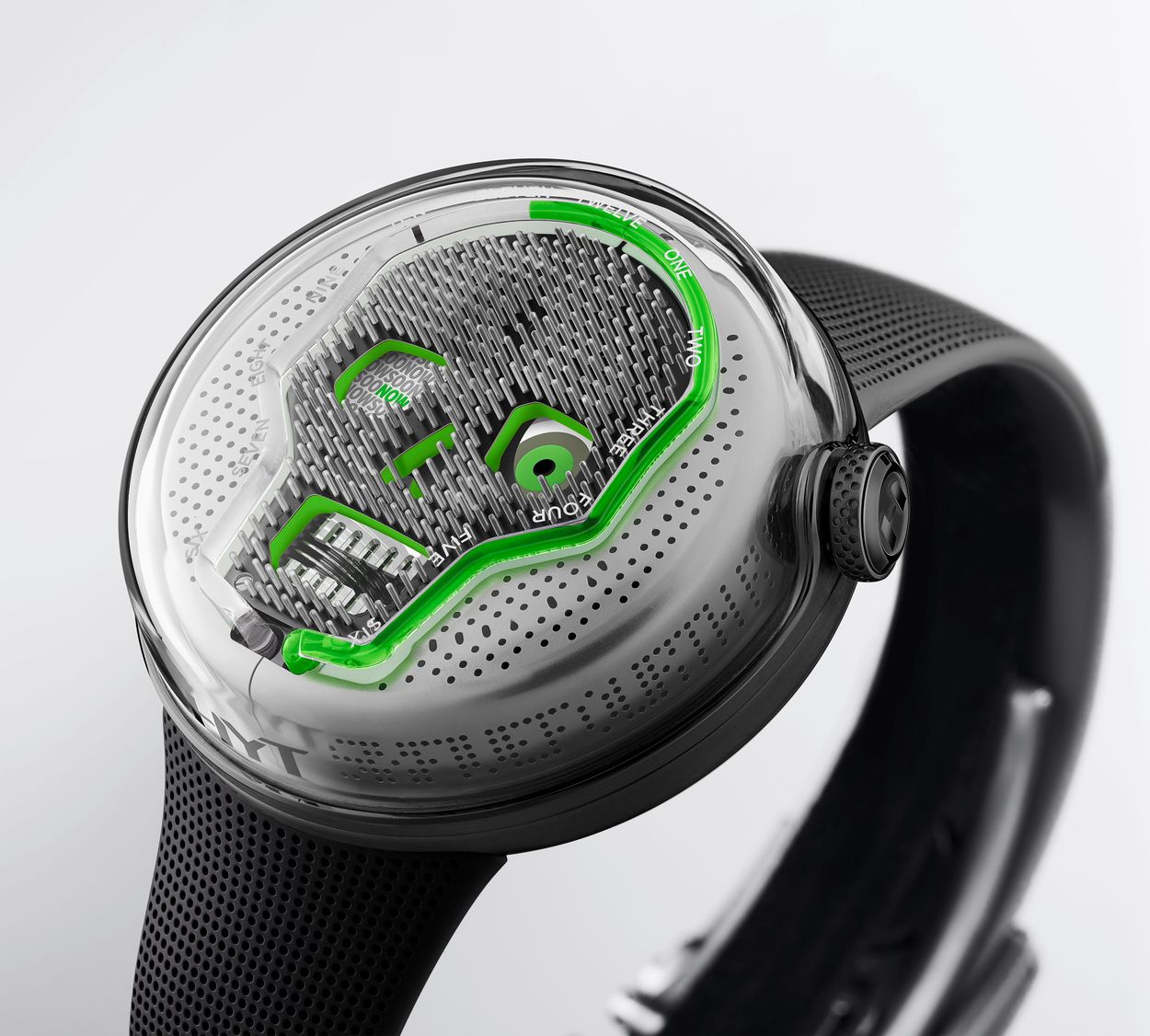 Those familiar with the brand will note that shaping isn’t the only change in its fluid time display either. For the first time to date, the brand actually inverted the movement of its fluid time indication. With past releases, fluid is pushed in a clockwise motion with the clear portion being time that hasn’t yet passed. In the case of the Soonow, the fluid is drawn away as time passes.

Though we’re curious to hear the implications this has on the movement mechanically, the brand’s philosophical logic is behind this change. In a candid conversation with HYT’s creative director Francois Nunez, the idea is simple. Time that is behind us, time that is a memory (at least a recent one) is clear. Time that is ahead of us, whether or immediate or further out, is colorful, not entirely clear, and often full of wonder. Clever, right? 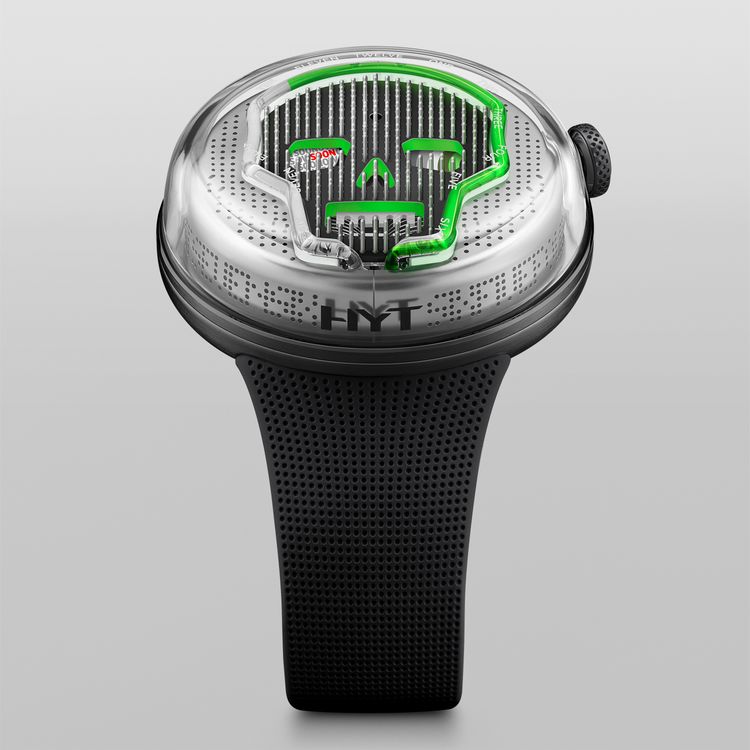 What remains familiar with the design of the Soonow, and thankfully so, is its case, crystal, and strap setup. The new watch is built around the form of the H0, a watch that immediately became the star of the brand’s collections upon its launch in 2017. What would be considered oversized and overbearing case dimensions in any other application – 48.8mm in diameter and 20.08mm thick – actually works well on the wrist.

One part of the equation is the fact that there are no lugs on its case, making the Soonow (and the H0 in general) a much more wrist-hugging offering than other watches of similar specifications. Beyond that, the curve of its massive domed crystal further helps to reduce the visual heft of the piece when compared to a conventional metal watch case.

Lastly, both the curve and taper of HYT’s supple rubber straps pull the whole package together in uniform fashion. Now, I’m not going to try and talk you into the idea that the Soonow is a slender and understated watch suited to pairing with a 3-button suit, but at the very least I would say that if you find the opportunity, slap one on for size rather than being spooked by its spec sheet. 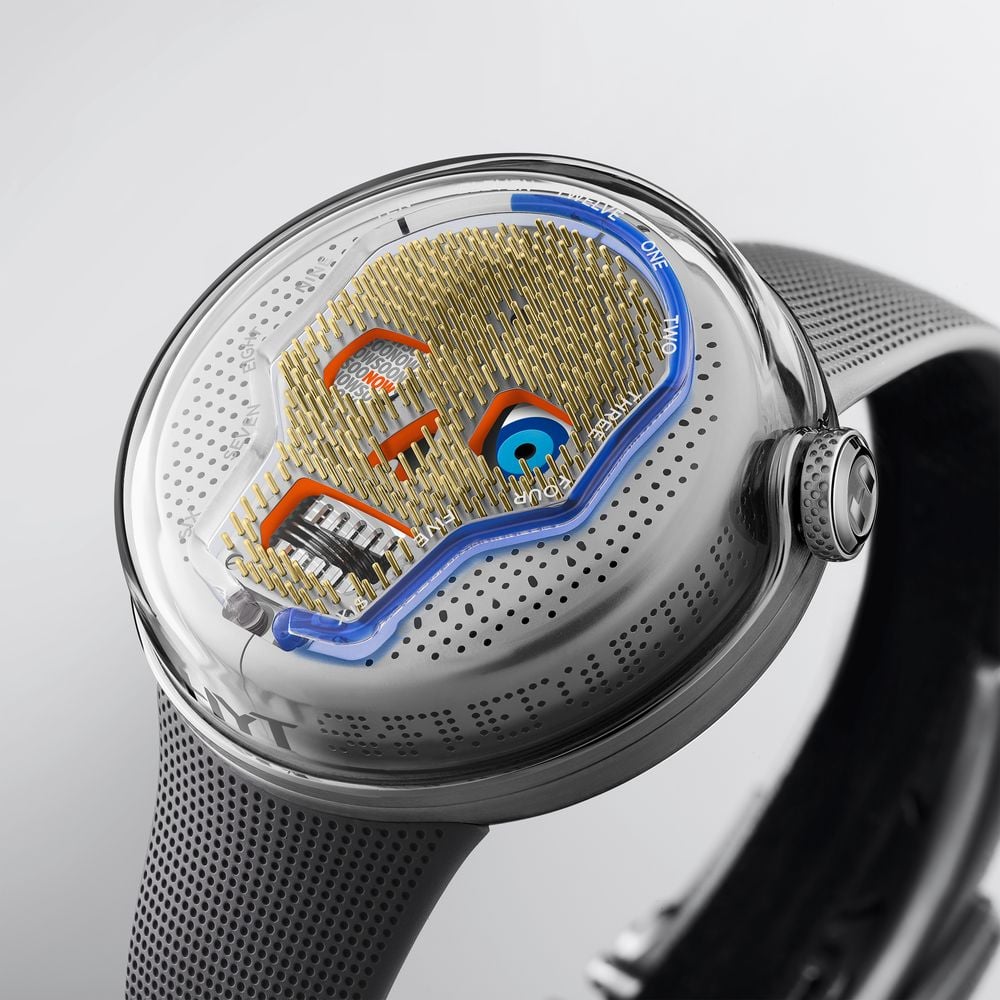 As it stands, trying on the Soonow might be a bit tricky. The collection will expand over time, but its initial release includes both a silver model, as well as their trademark black and neon green – each being limited to only 25 pieces worldwide. One of the nice things about these bold statement pieces is that you aren’t going to see many out in the wild, but at the same time (as noted previously), be sure to take advantage of a chance to check them out, should you stumble across one of their authorized retailers.

*All images courtesy of HYT