In the realm of high-end Swiss watchmaking, Jaquet Droz represents an opportunity to acquire something with more horological heritage than most, though you’ll need the confidence to be content with the fact that the recognizability factor isn’t as high as many other brands. However, Pierre Jaquet-Droz founded the firm in 1738, a full century before Patek Philippe, and he counted emperors and kings including King Ferdinand VI of Spain, among his illustrious clients. 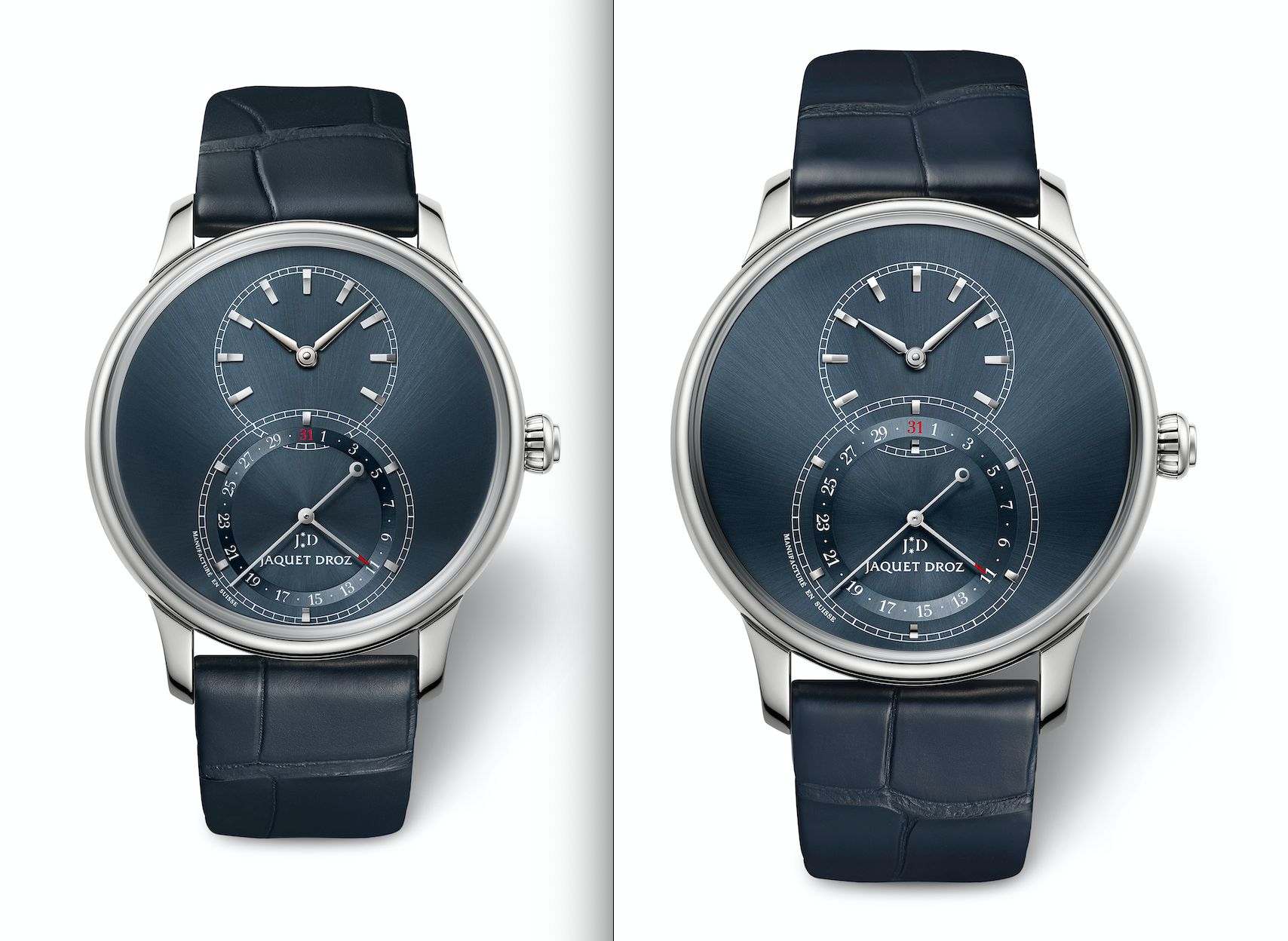 The watchmaker’s latest offering, the Grande Seconde Quantième Satin-Brushed Blue was inspired by a pocket watch created by Pierre in 1784, but it’s no less contemporary for that. The watch’s attractive blue sunray dial is adorned with 18-karat white gold indexes that curve toward the outside of the dial. Crafted in stainless steel, it’s available in both 39mm and 43mm. 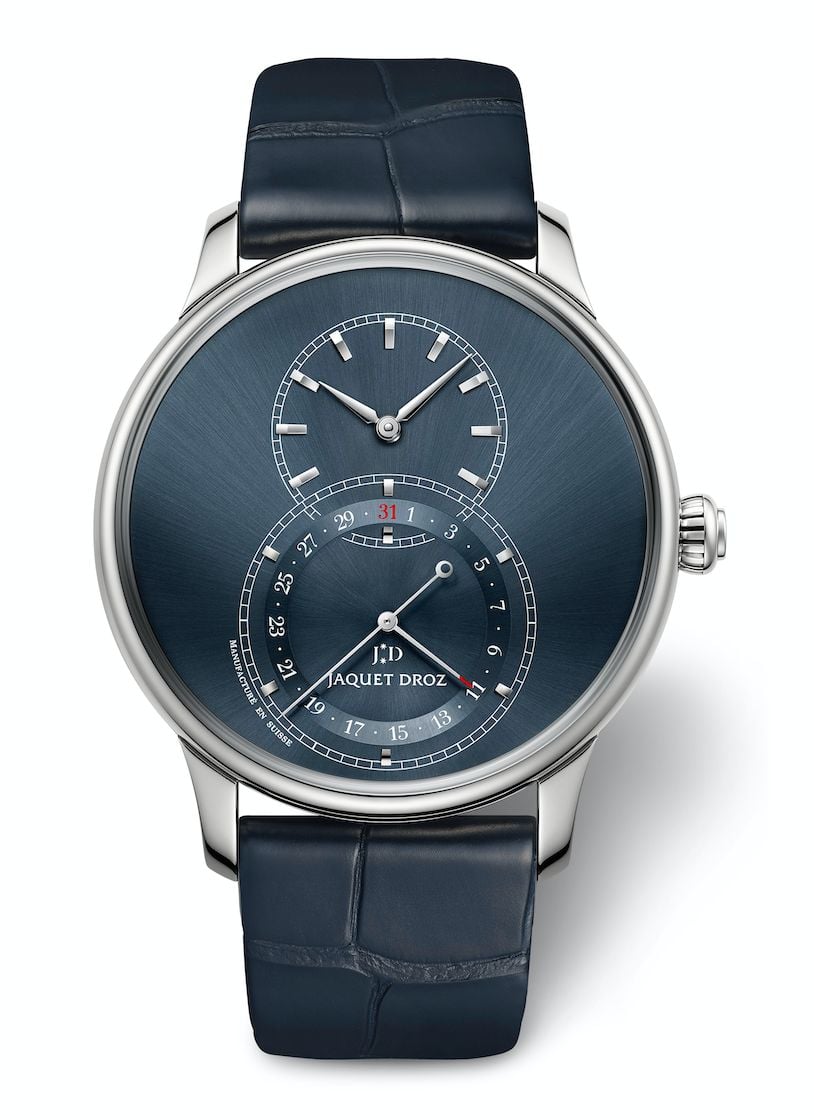 This is an update of one of Jacquet Droz’s most coveted models and one that’s sure to be welcomed by the brand’s enthusiasts. The graded sunray dial, actually more of a blue-grey, is so named because it is designed to “cast multiple reflections” depending on how the light strikes it, with precise outstretched beams radiating from its center.

Overlapping displays present the hours and minutes at 12 o’clock, and the “grande seconde” at 6 o’clock coupled with a date calendar. The white gold indexes also curve toward the outer edge of the dial, and Jacquet Droz says the use of gold further highlights the dial’s reflective properties. Also alluring is the restrained use of red on the tip of the date calendar’s hand, as well as the numeral 31. 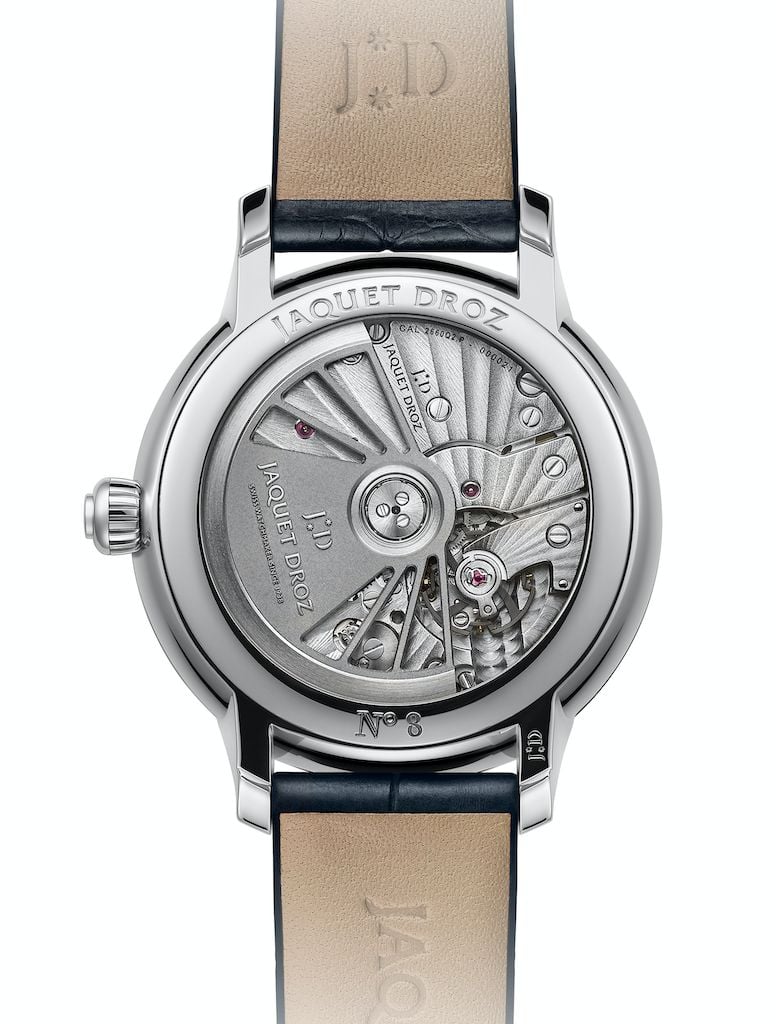 For both case sizes, the movement at the heart of the Grande Seconde Quantième Satin-Brushed Blue is the in-house Caliber 2660Q2.P, which features a silicon balance spring, leaving no doubt that this is an avant-garde timepiece. Jacquet Droz claims that this balance spring is “impervious” to both shocks and temperature fluctuations, though the watch itself appears fairly delicate.

On one memorable occasion that helped to establish Pierre’s career, six of his clocks were purchased for King Ferdinand VI’s royal palaces of Madrid and Villaviciosa. Designed to be “equal parts offbeat and inventive,” a goal which we’d say has definitely been achieved, this watch is also bound to find a home in several world-class collections.

*All images courtesy of Jacquet Droz 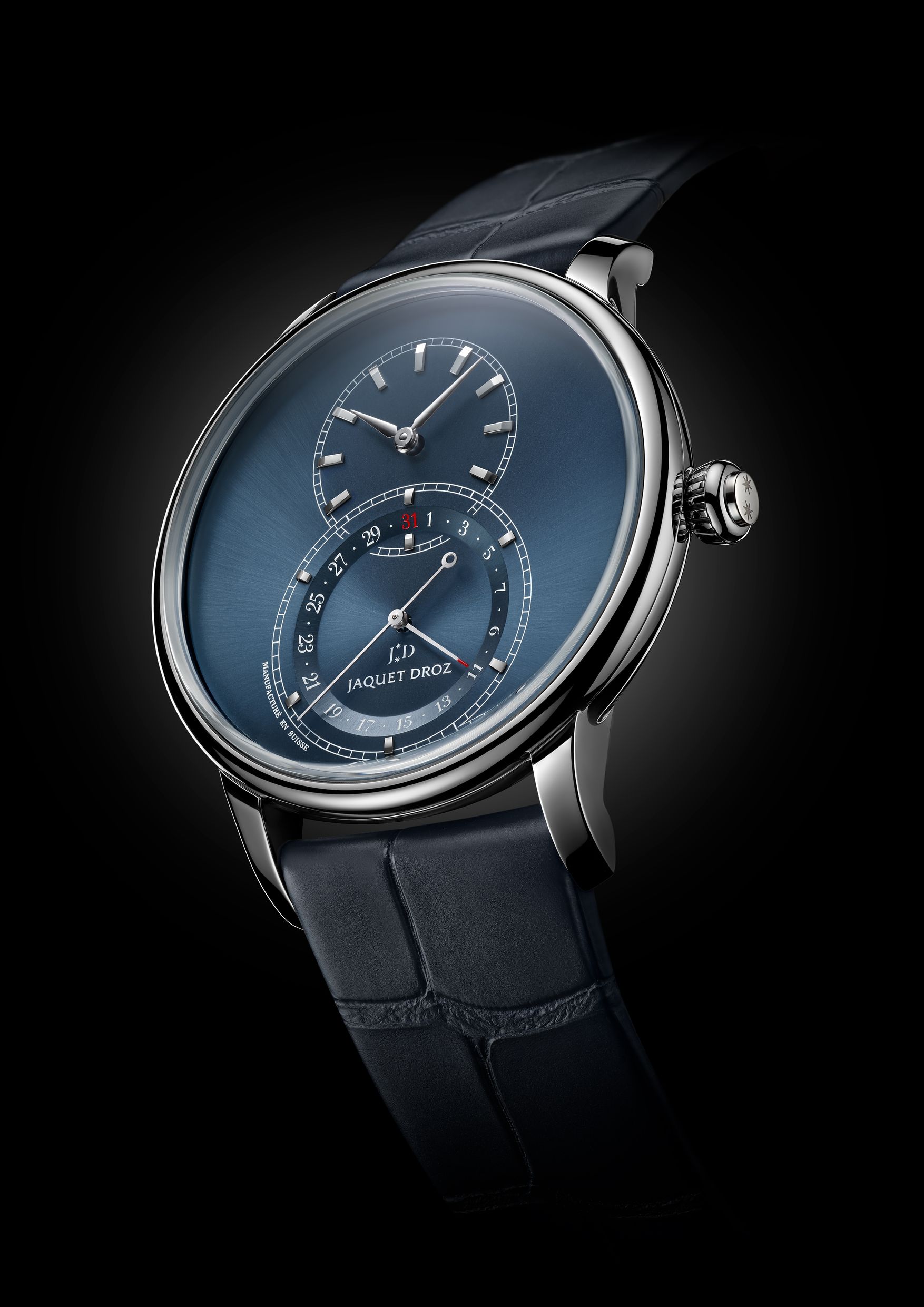