It looks like Omega’s campaign to make the most of the 50th anniversary of the Apollo 11 Moon landing is just getting off the ground. On the heels of the brand’s numerous other anniversary initiatives, designed to monetize its admittedly impressive feat of being the first watch worn on the Moon, Omega is sponsoring a new exhibition at the famed Metropolitan Museum of Art in New York City opening July 3 called, Apollo’s Muse: The Moon in the Age of Photography. And of course there’s a limited edition Omega Speedmaster to go along with it, dubbed the “First OMEGA in Space”: The Met Edition. 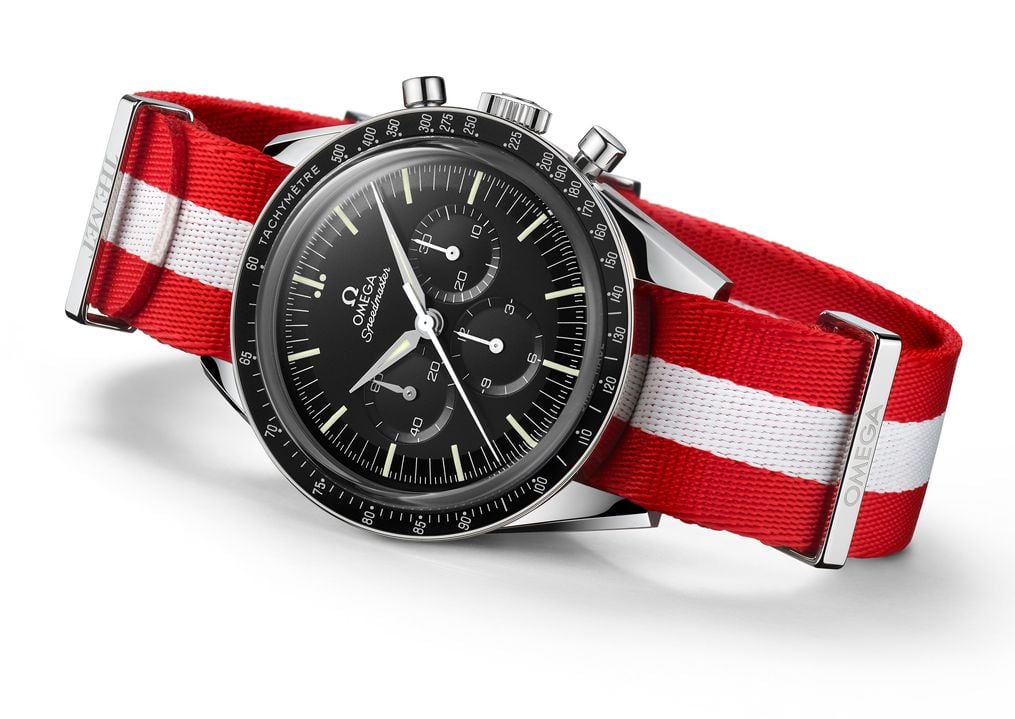 The watch will be priced at $5,200 and will be available exclusively at The Met Store (including online), as well as the Omega Boutique on Fifth Avenue in New York. Sized at 39.7mm, the “First OMEGA in Space”: The Met Edition comes on a unique red and white striped NATO strap. 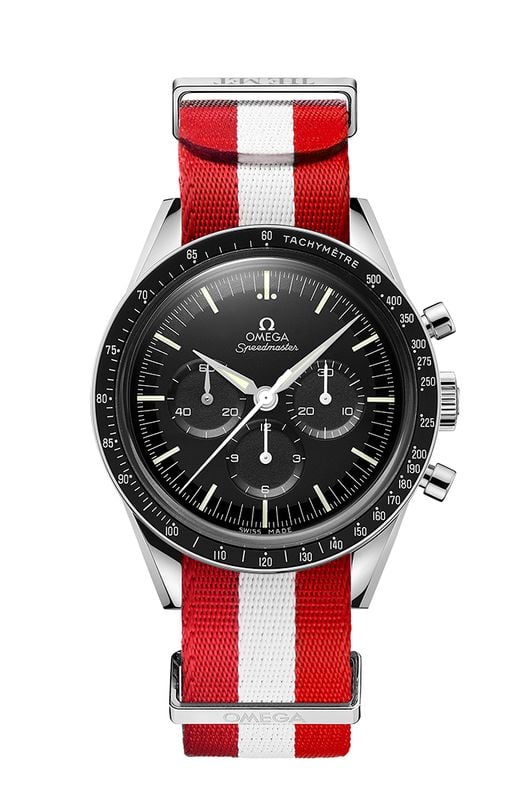 The strap looks like it’s meant to be a nod to the Swiss flag, but red and white are also the Met’s colors. The watch, which sports a black anodized aluminum bezel and black varnished dial, was designed in homage to the now-legendary Speedmaster worn by astronaut Wally Schirra during the Mercury Sigma 7 mission in 1962, which became the very first Speedmaster worn in space when Sigma 7 orbited the Earth six times. 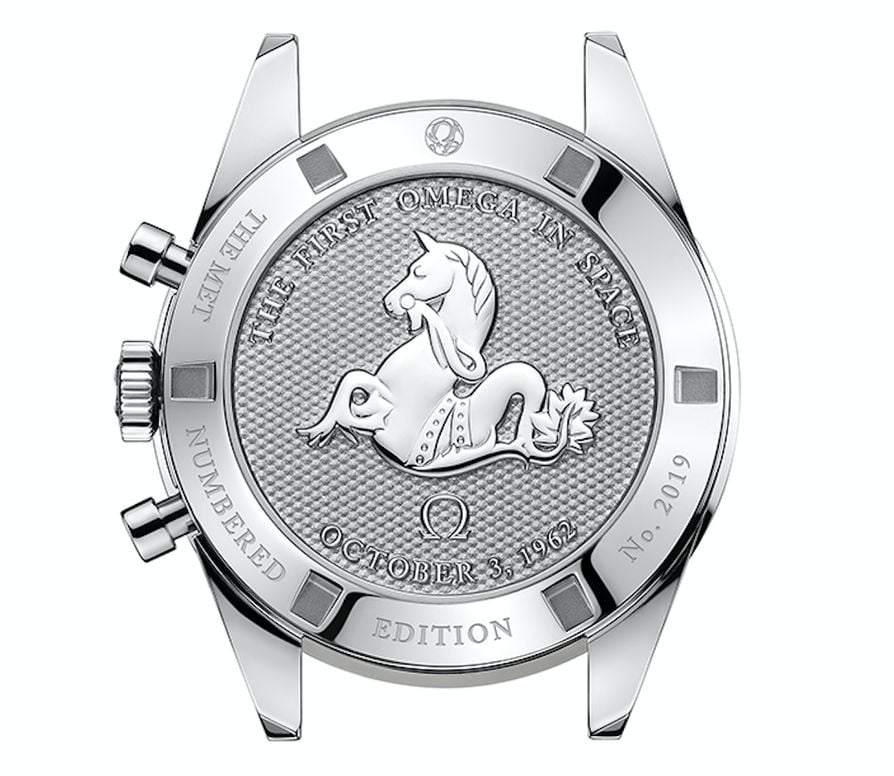 The “First OMEGA in Space”: The Met Edition’s strap features the Met’s logo engraved on the loop and comes in a presentation box with the logo on it as well. The same logo is also engraved on the caseback, along with Omega’s iconic Seahorse (Hippocampus) medallion. Powering the watch is the Omega Caliber 1861, a modern-day version of the manually-wound movement found inside the original space watches. 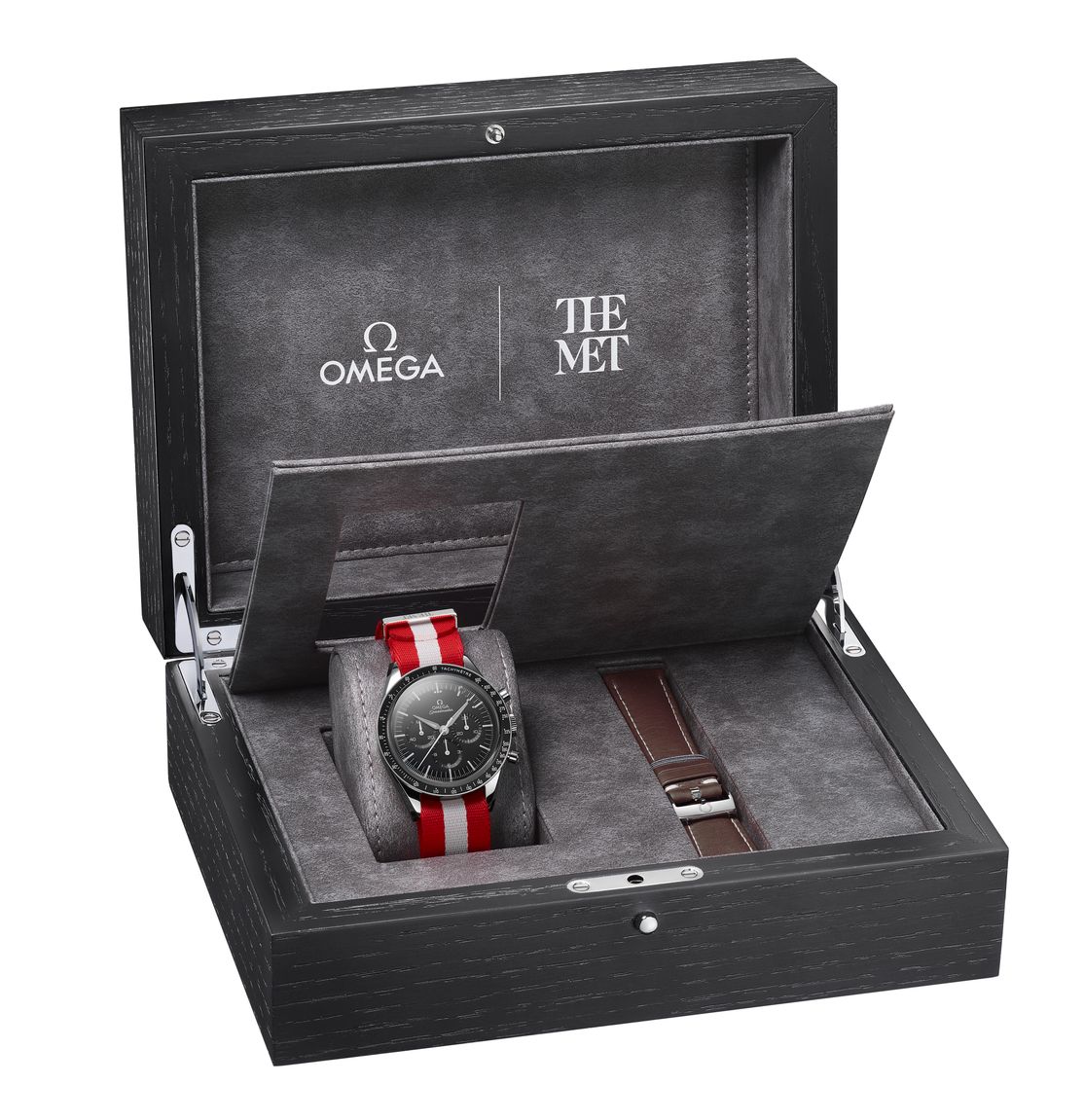 Apollo’s Muse: The Moon in the Age of Photography

The exhibition, which runs until September 22nd, features an amazing array of Moon photography, including many images from various NASA missions wherein Omega played an important part. It covers “extraordinary visual representations” of the moon from the dawn of photography to the present day. 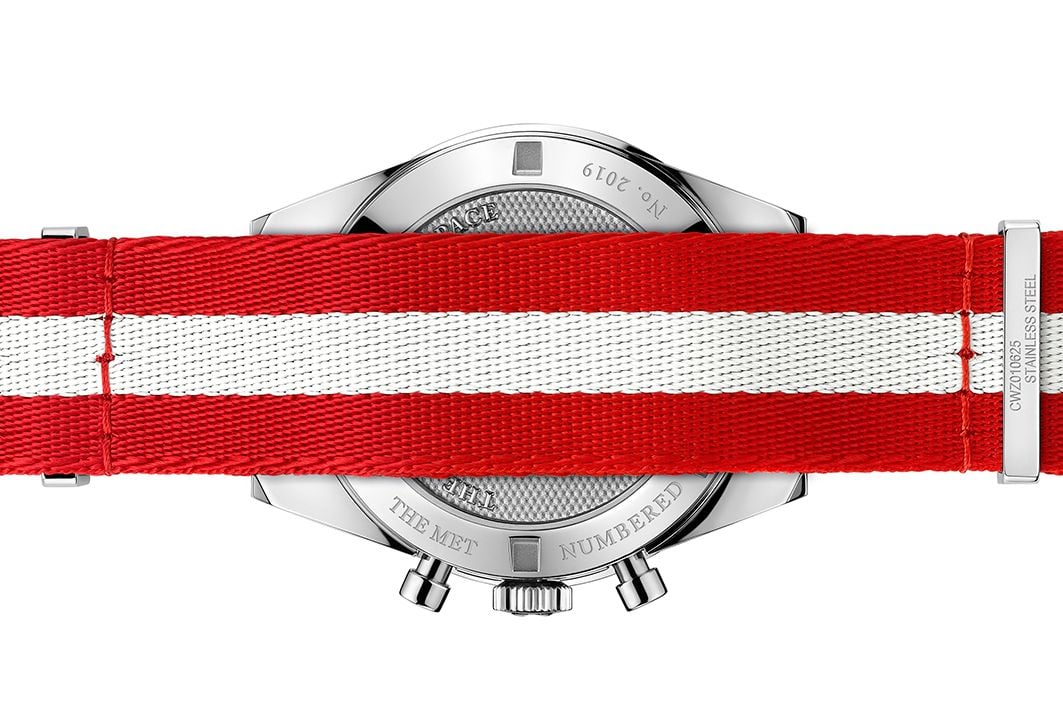 However, the Apollo’s Muse: The Moon in the Age of Photography exhibition it isn’t limited to photographs – some 170 of them; visitors to the museum will also be able to view an array of related drawings, prints, paintings, films, and astronomical instruments, as well as the cameras used by Apollo 11 astronauts. And while The Met logos may not hold a lot of interest for Omega collectors, the relatively low $5,200 price tag for the watch probably will. 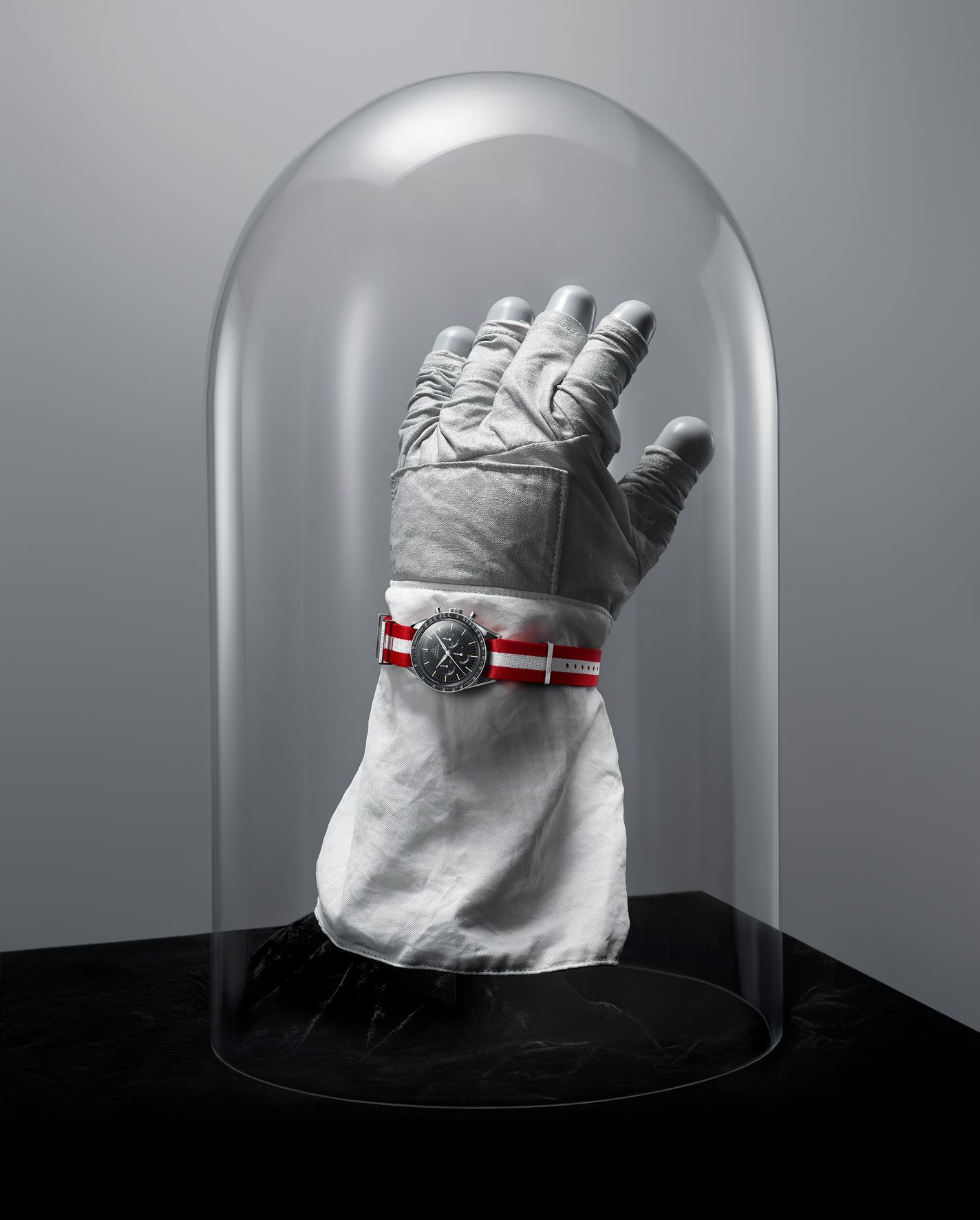