While the 2015 debut of the first Pilot Travel Time was a controversial one, Patek Philippe is doubling down on its aviation-inspired collection. This year, the new Patek Philippe Alarm Travel Time 5520P pairs the proprietary dual time zone “Travel Time” function with a 24-hour alarm mechanism, complete with a striking hammer and classic gong. Let’s have a closer look at this new Grand Complication from Patek Philippe. 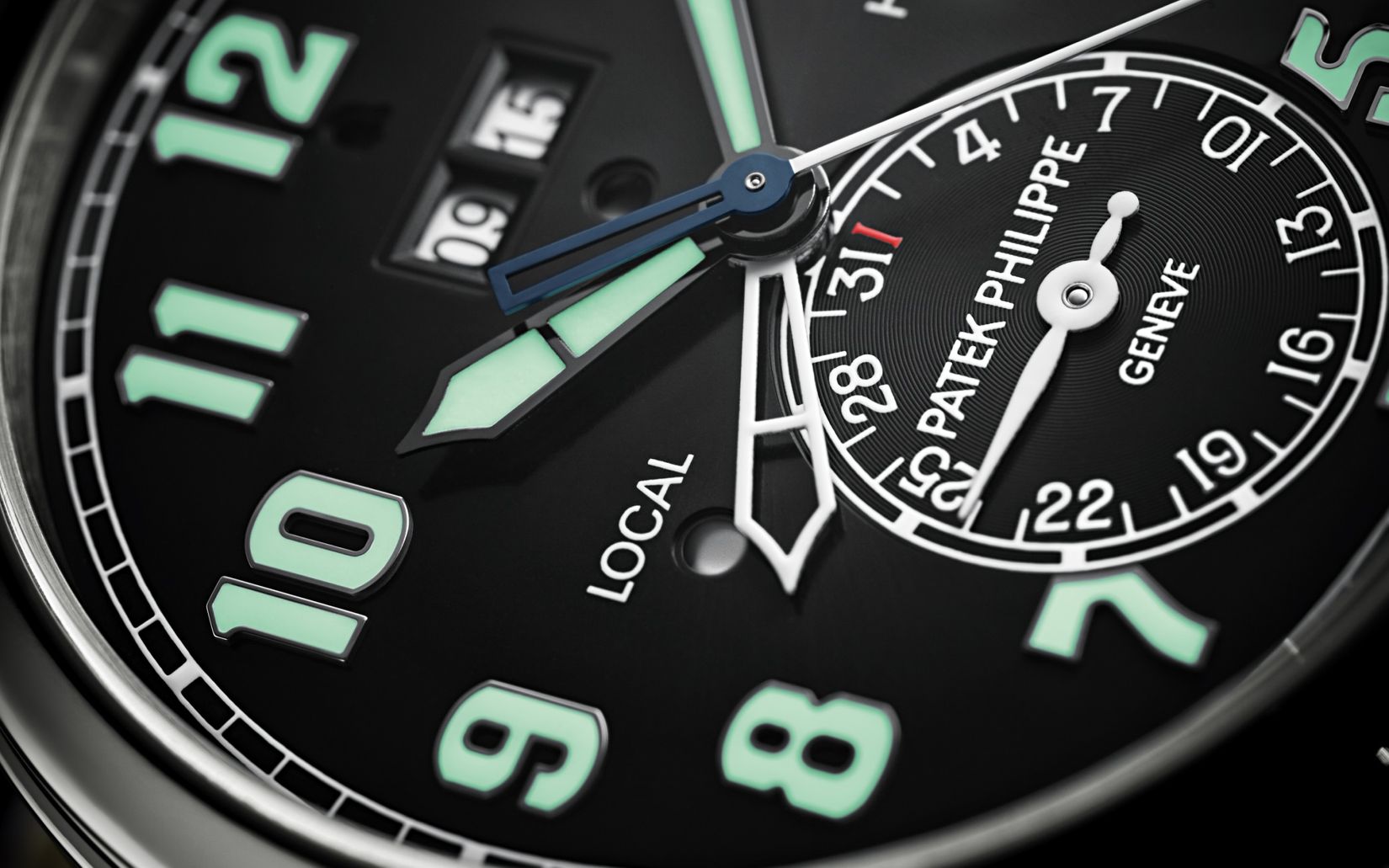 Taking its design cues from the Pilot line, the Patek Philippe Alarm Travel Time 5520P sports a 42.2mm case in platinum. You will no doubt notice the quartet of crowns protruding from the case – which is one more than the maiden Pilot model (to accommodate the new alarm mechanism).

The ebony sunburst dial retains the familiar applied gold Arabic numerals filled with lume, the second time zone displayed via a second skeletonized hour hand, a duo of round indicators for local and home times, and a date sub-dial of the previous Patek Pilot watches. 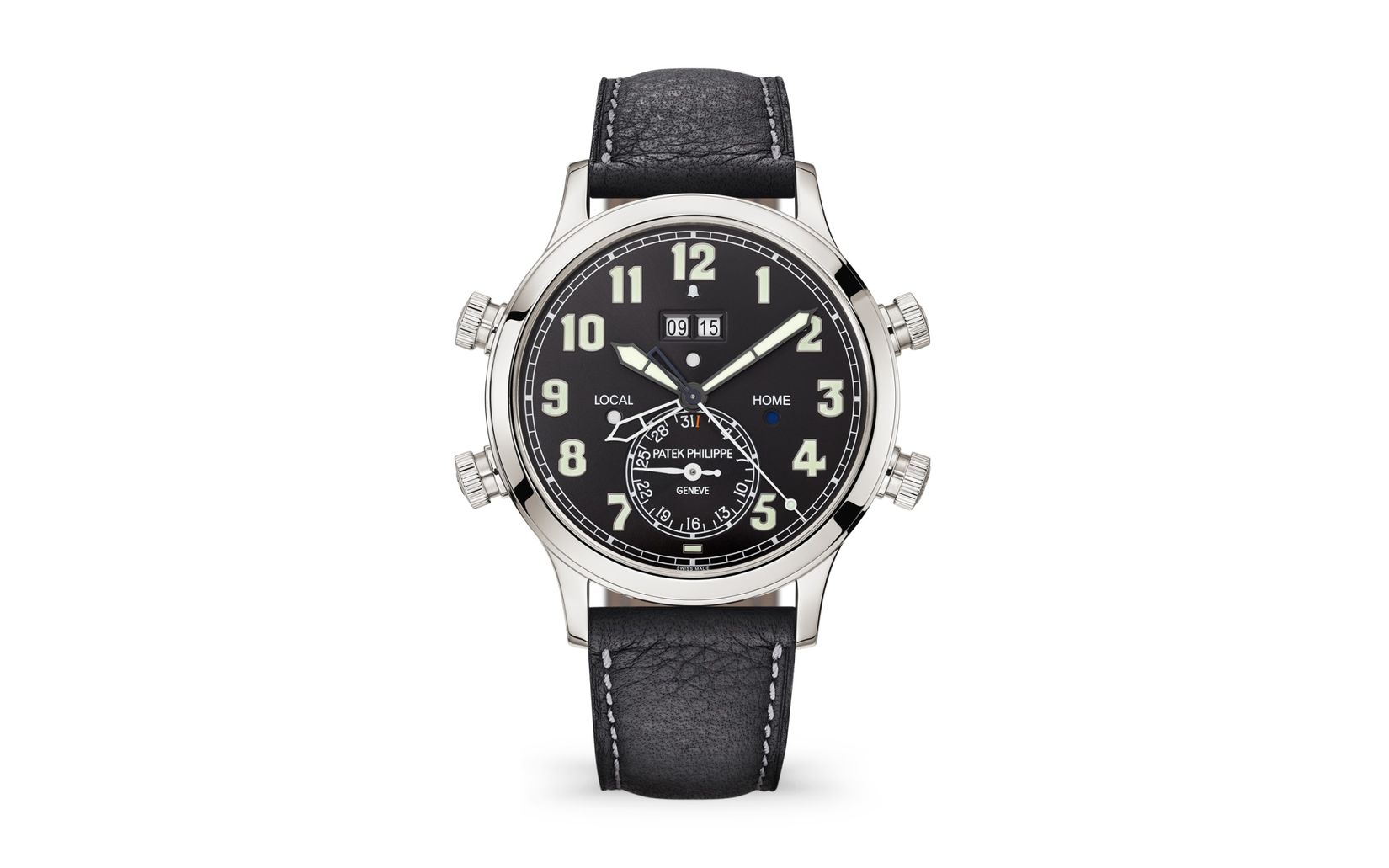 However, new to the Alarm Travel Time 5520P dial is of course, the alarm. Patek Philippe opted for a digital display for the alarm time positioned on the upper portion of the dial, adjustable in 15-minute increments using the crown at 4 o’clock. On top of the duo of windows is a bell-shaped aperture to indicate if the alarm is on (white) or off (black), which is controlled via the pusher at 2 o’clock (engraved with a handy bell icon).

Below the alarm windows is a color-coded round aperture where white indicates a daytime alarm and blue indicates a nighttime alarm. When the alarm is activated, a hammer strikes a gong for up to 40 seconds at 2.5 strikes per second for a total of 90 strikes. 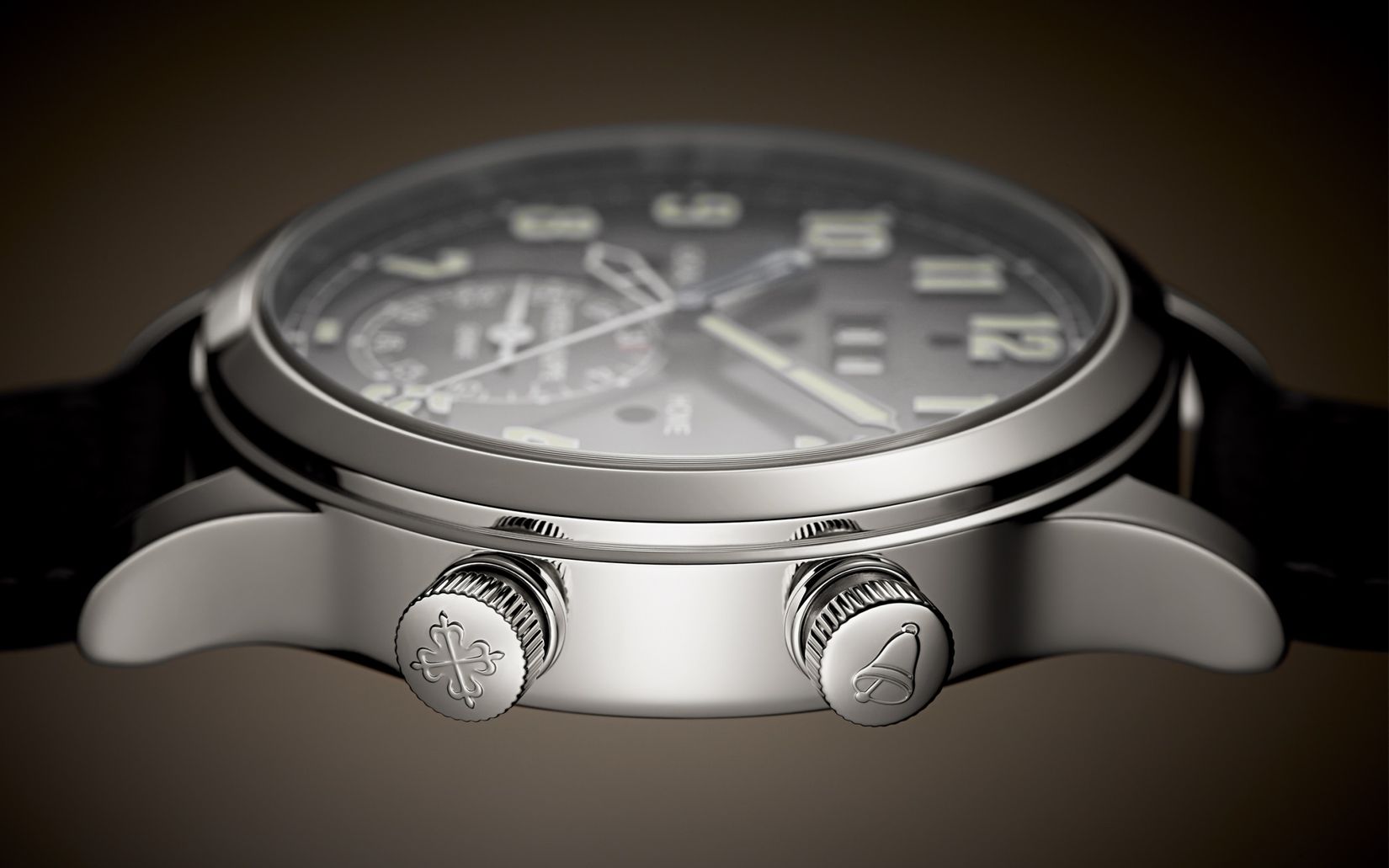 To make this Grand Complication a reality, Patek had to develop the brand new Caliber AL 30-660 S C FUS self-winding movement to power it. Comprised of 574 parts, Patek Philippe chose to build an integrated movement to maintain a slim profile, since adding a module to an existing caliber would have made it too bulky.

The Caliber AL 30-660 S C FUS has a 52-hour power reserve and beats at 28,800bph. Clearly visible from the sapphire caseback is the 21k gold central rotor, which is marked with the company’s famed Calatrava cross and decorated with a circular Côtes de Genève pattern. Look a little closer and you’ll spot the Patek Philippe Seal to guarantee a maximum tolerance of -3/+2 seconds per day. In true Patek form, the movement is beautifully decorated and finished. 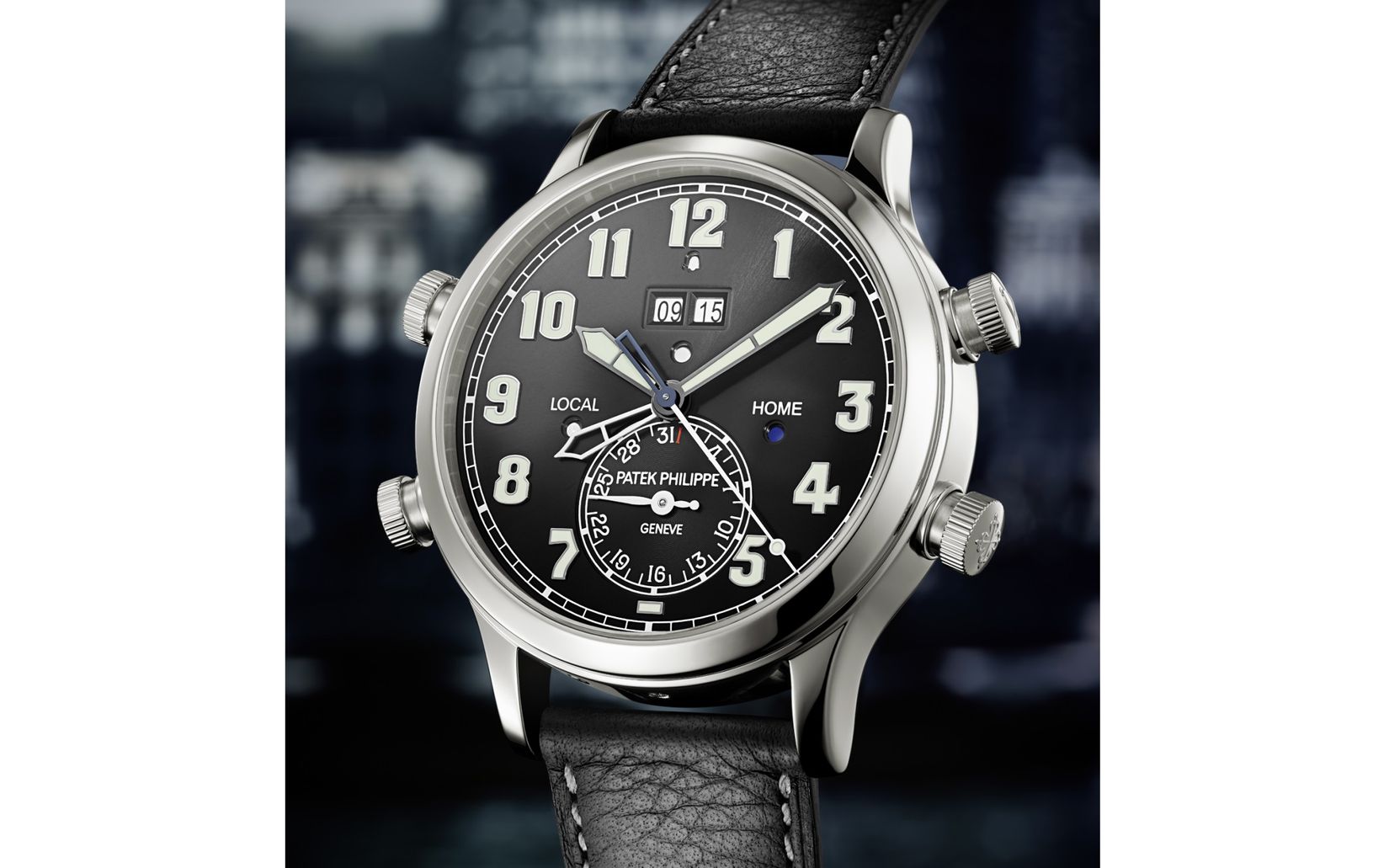 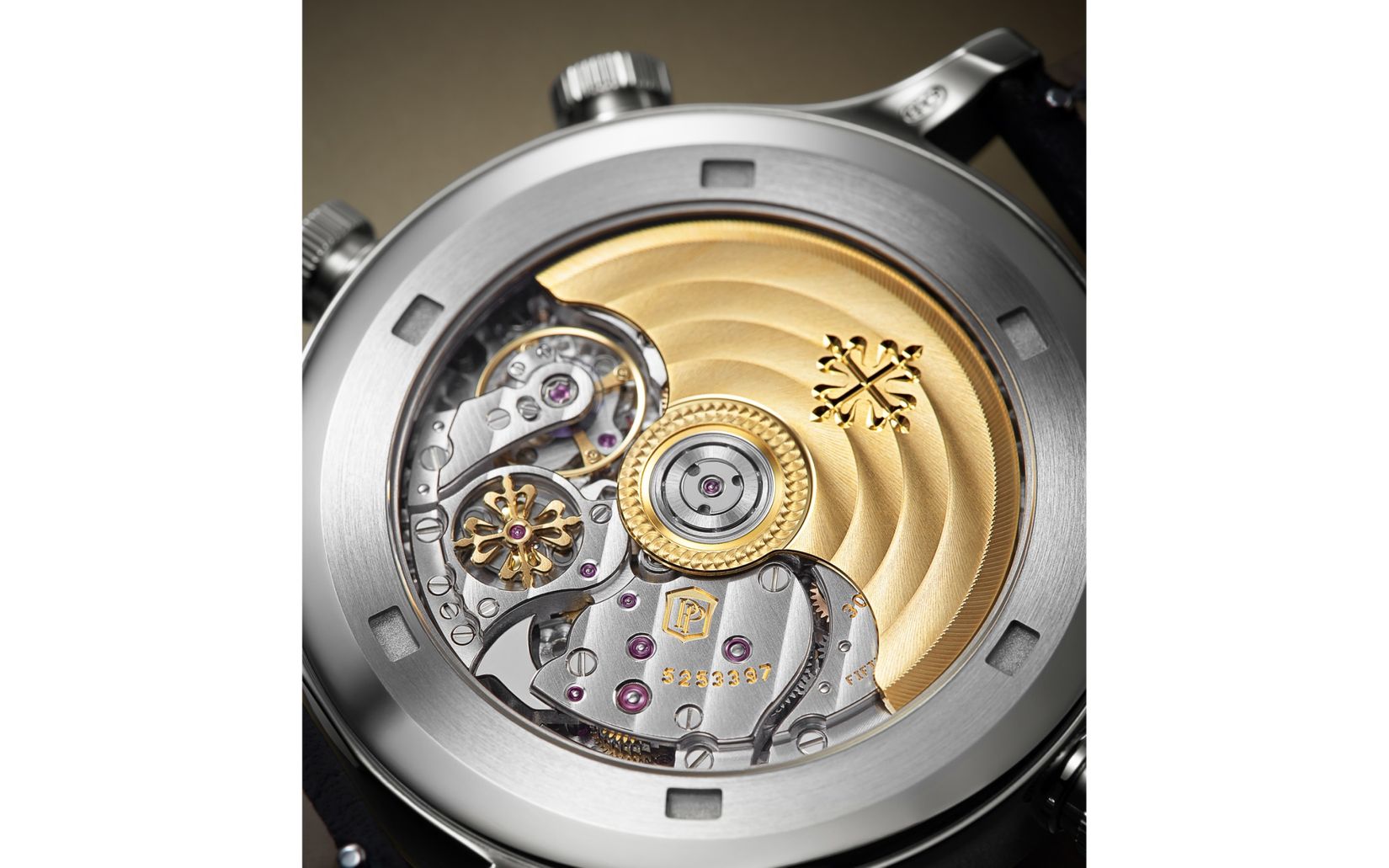