The TAG Heuer Aquaracer has never been as popular as its Carrera models, nor as cool as the iconic Monaco. But now the brand is looking to inject a little exclusivity and even a hint of danger with three new blacked-out Carbon Aquaracer Caliber 5 models finished in carbon and PVD-covered titanium. The 41mm watches are available with either blue or yellow highlights for $4,000 apiece or with rose gold for $4,050. While the bezel is partially made of actual carbon, the dials feature an imitation carbon effect which actually looks pretty good considering it isn’t the real thing. And thanks to the titanium the watches are stronger and lighter than steel through more prone to scratching. 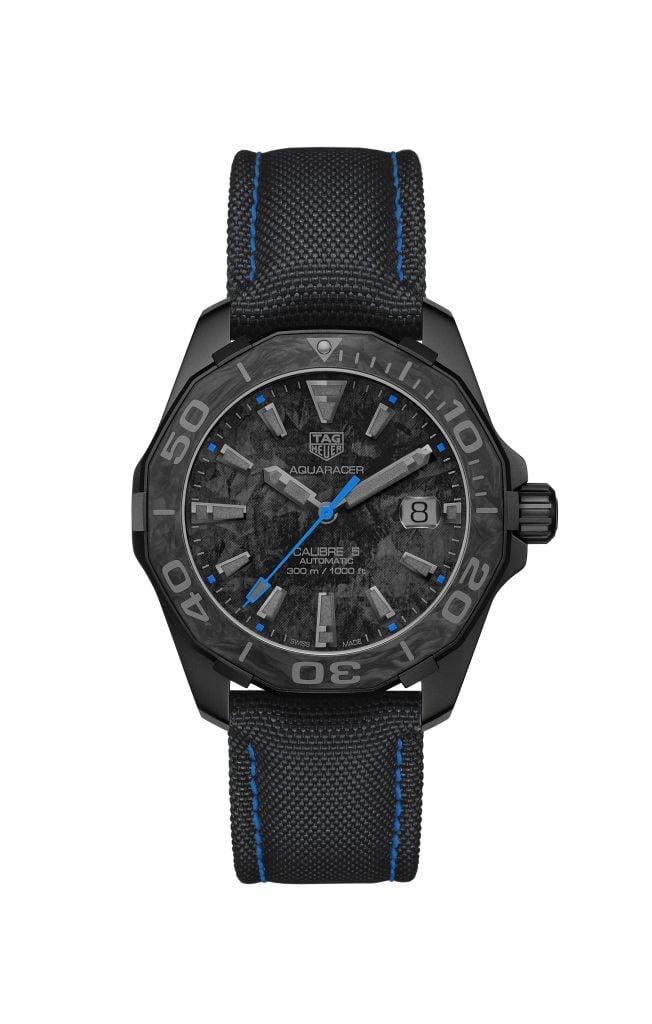 The uni-directional dive bezel features both lightweight carbon and black PVD steel and displays a 60-minute scale, while the case is made of PVD-coated Grade 5 titanium. Powered by a “re-worked” ETA 2824-2 automatic movement, the new TAG Heuer Caliber 5, the watch features a power reserve of 38 hours, and 300 meters of water resistance, and comes on a black nylon strap with contrasting black, yellow or blue stitching. There’s also a genuine sapphire crystal with an anti-reflective coating and a matte black steel crown at 3 o’clock. 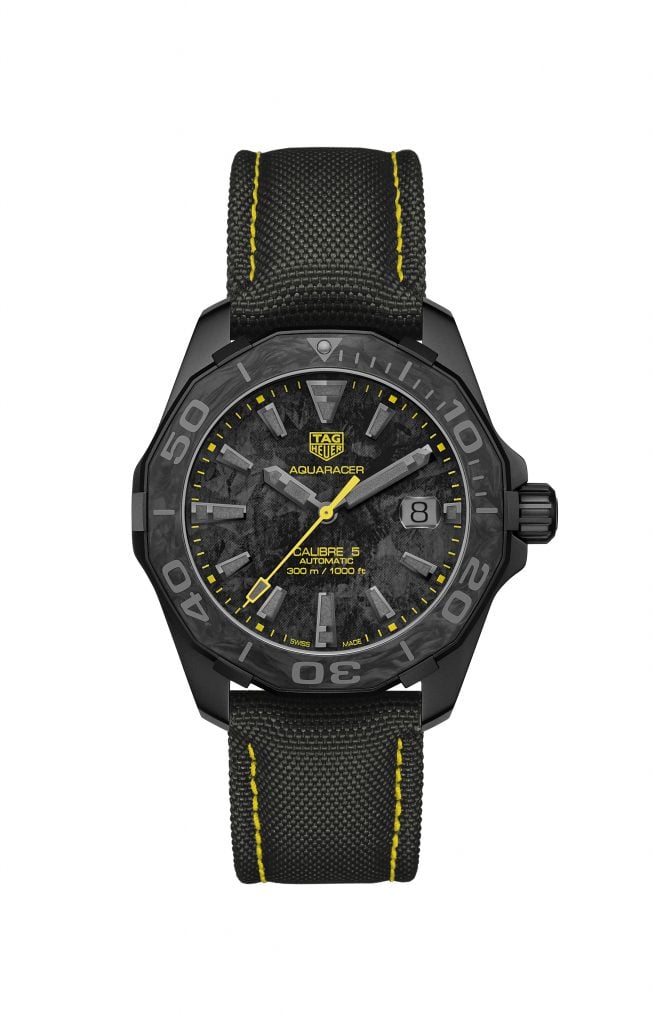 The new TAG Heuer Aquaracer Carbon is not as popular as the Carrera, but maybe now it will get more love

On the rose gold version, the faceted indexes and hour and minute hands are polished and lacquered in rose gold, and on the other two models are plated with black gold with applied grey SuperLuminova. Finally the strap’s folding buckle is finished Grade 2 titanium covered with black PVD, with double safety push-buttons and a diving extension. While the Carbon Aquaracer isn’t anywhere as cool as the blacked-out Monaco Bamford, the Swiss brand’s first collaboration with the Bamford Watch Dept. announced earlier this year, it does feature a similar aesthetic which TAG says is inspired by the “Evil McQueen” Monaco. 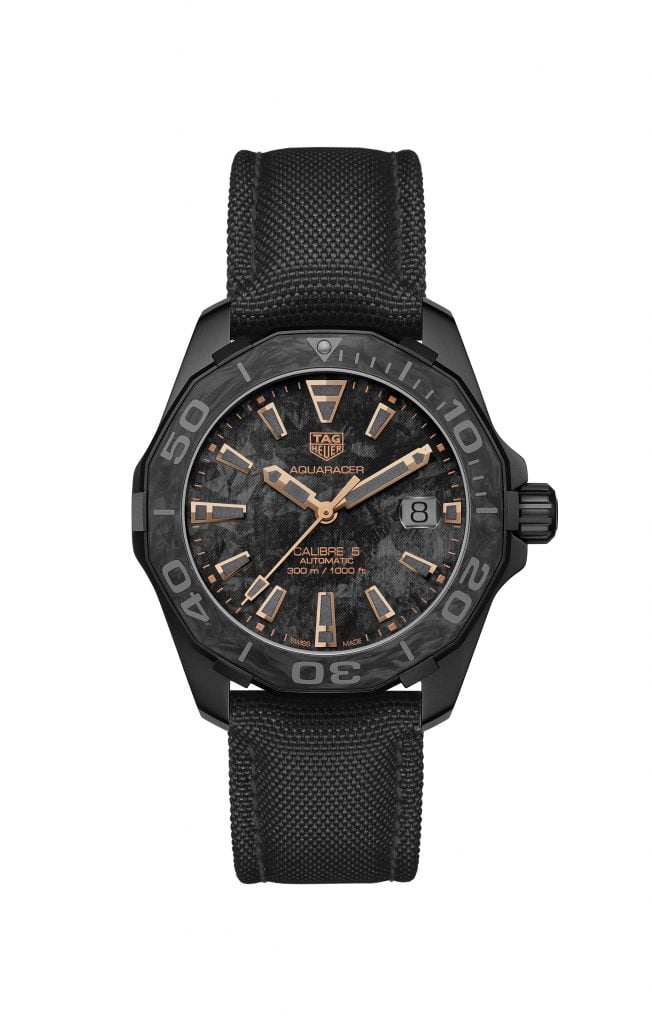