While most of the watch industry’s focus has been fixed upon the new releases from SIHH 2019, TAG Heuer just announced an innovative new tourbillon variant of their iconic Carrera, which the brand is calling a “world premiere in watchmaking” – thanks to a hairspring constructed from a new carbon composite material. Invented, patented, and produced entirely in-house by TAG Heuer, the revolutionary new hairspring is assembled – atom by atom – from elemental carbon, and sits inside a tourbillon complication at the center of the new Carrera Calibre Heuer 02T Tourbillon Nanograph, which will be priced at $25,500. 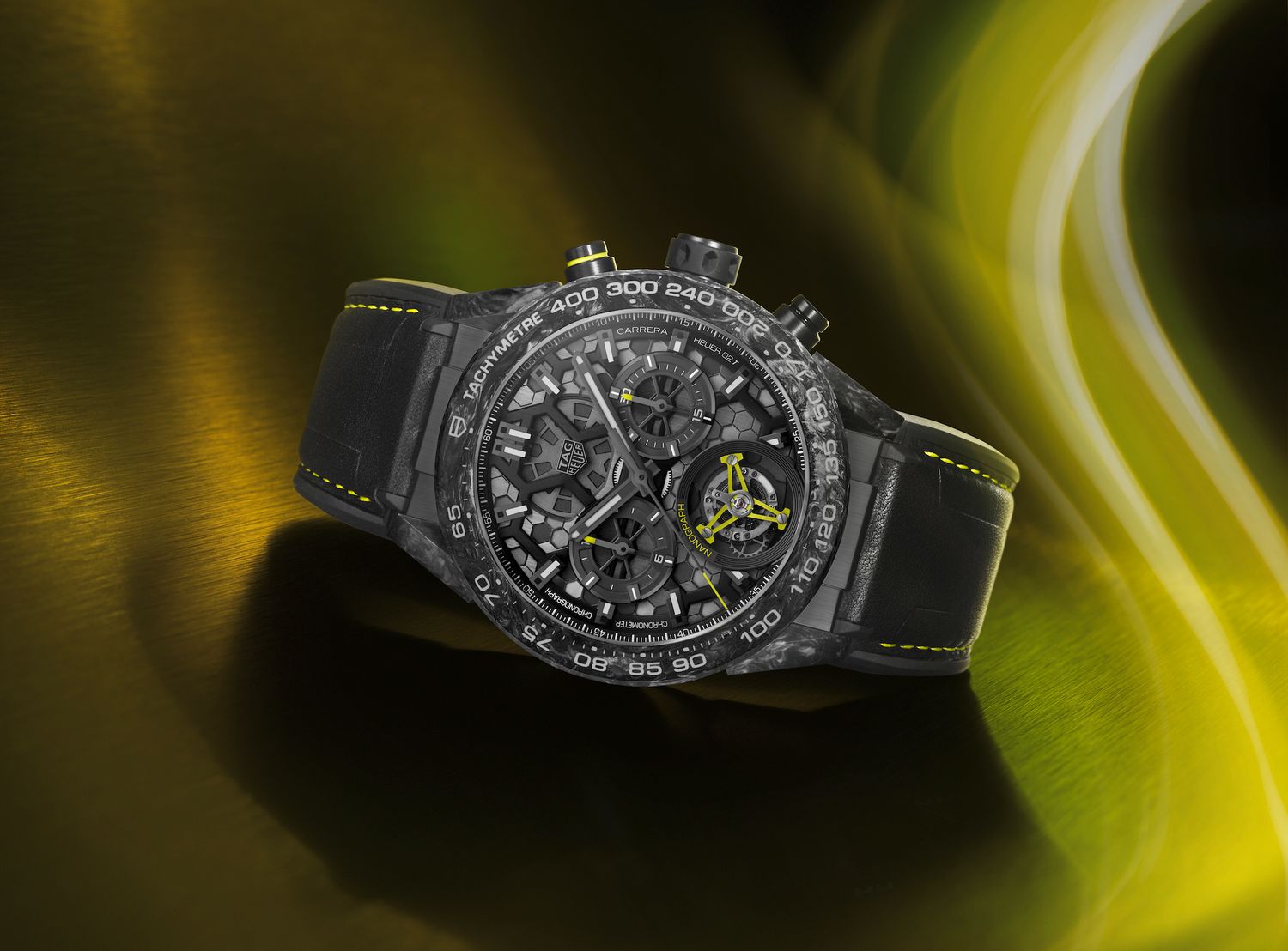 The “Nanograph” part of the watch’s name comes from the “nanoscopic” (a million times smaller than a millimeter) hexagonal pattern of the hairspring’s carbon-composite material, which informs the design of the piece as a whole. The skeletonized dial –  an especially striking feature when paired with high-tech materials and a tourbillon complication – reveals sandblasted and fine-brushed hexagons on both the movement plates and the oscillation weight, the later of which has been treated with a black PVD finish. 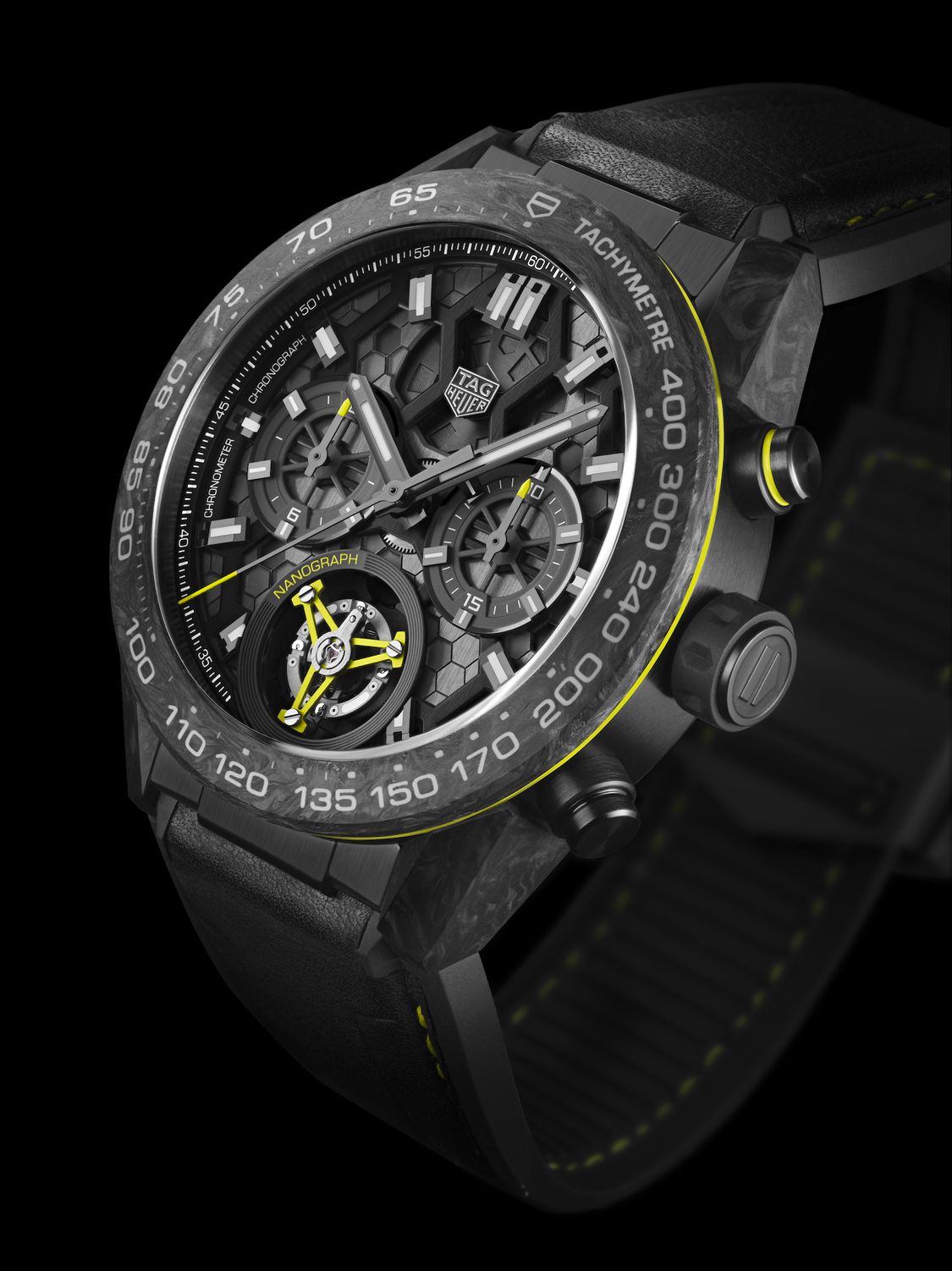 The nanoscopic hexagonal pattern of the hairspring’s carbon-composite material serves as inspiration for the overall design of the watch (Image: Tag Heuer).

The 45mm case is craft from black-finished titanium, while the tachymeter bezel is made from black carbon. Small neon green accents are placed throughout the entire watch (including on its movement), while the aluminum alloy balance wheel is set with white gold weights and finished with white Super-LumiNova, so that users can see it beating away in the dark. 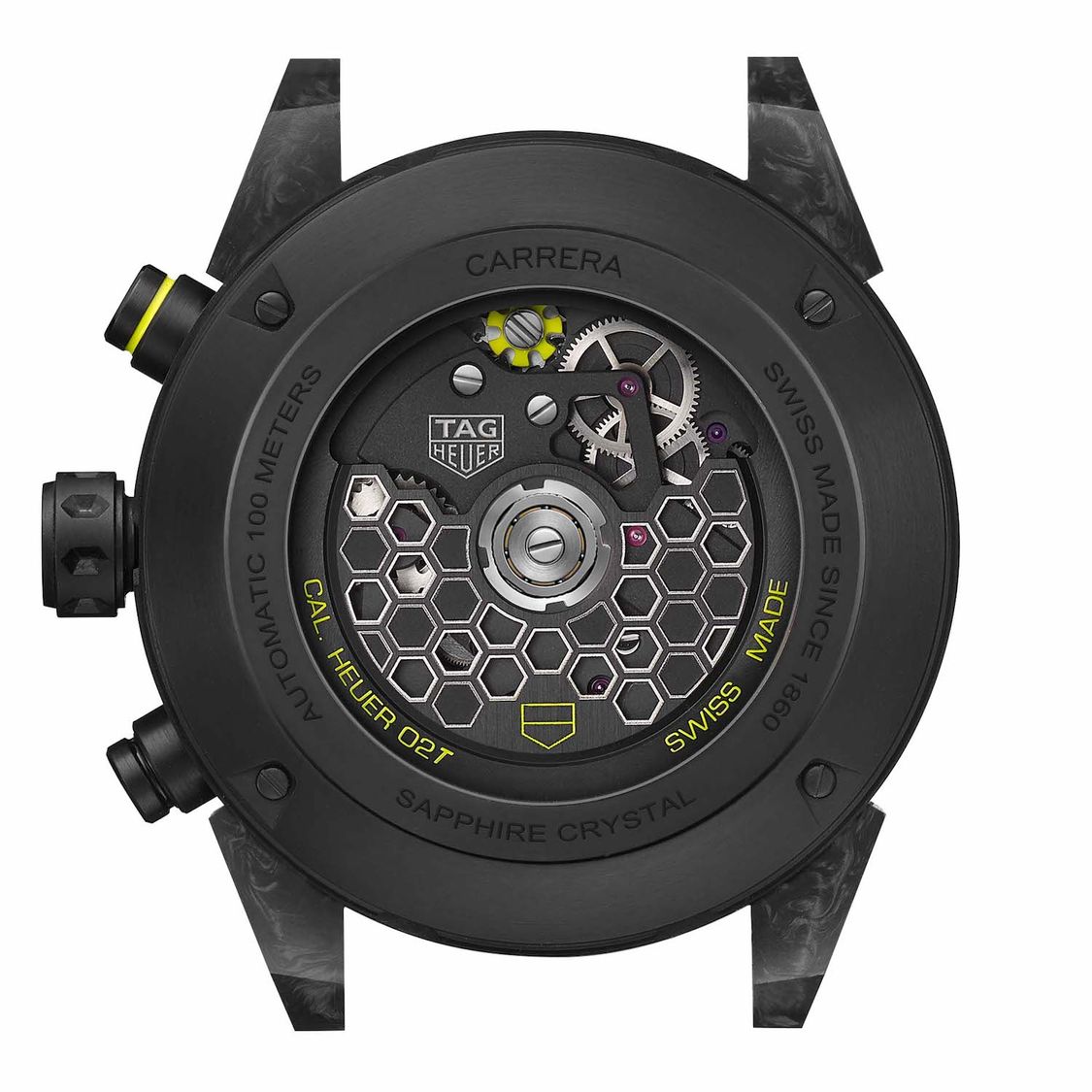 The carbon-composite hairspring is virtually unaffected by both gravitational effects and shocks, and makes perfect concentric oscillations due to its geometry (Image: Tag Heuer).

“This new interpretation of the TAG Heuer Carrera with its advanced in-house technology underscores our legacy in achieving watchmaking excellence and proves that we remain true to our values of performance, disruption and avant-garde,” comments Stéphane Bianchi, CEO of the LVMH Watchmaking Division and CEO of TAG Heuer.

“With this new skeletonized tourbillon model in the Carrera range, we wanted to highlight TAG Heuer’s capabilities both in engineering and in the development of compelling movements,” adds TAG Heuer Product Director Guy Bove. “Like its predecessors, the Carrera Calibre Heuer 02T Tourbillon Nanograph is a force of disruption in haute horlogerie, thanks to its visually exciting blend of modern, high-tech aesthetics and precise, elegant proportions: hallmarks of the Carrera collection for over 50 years.” 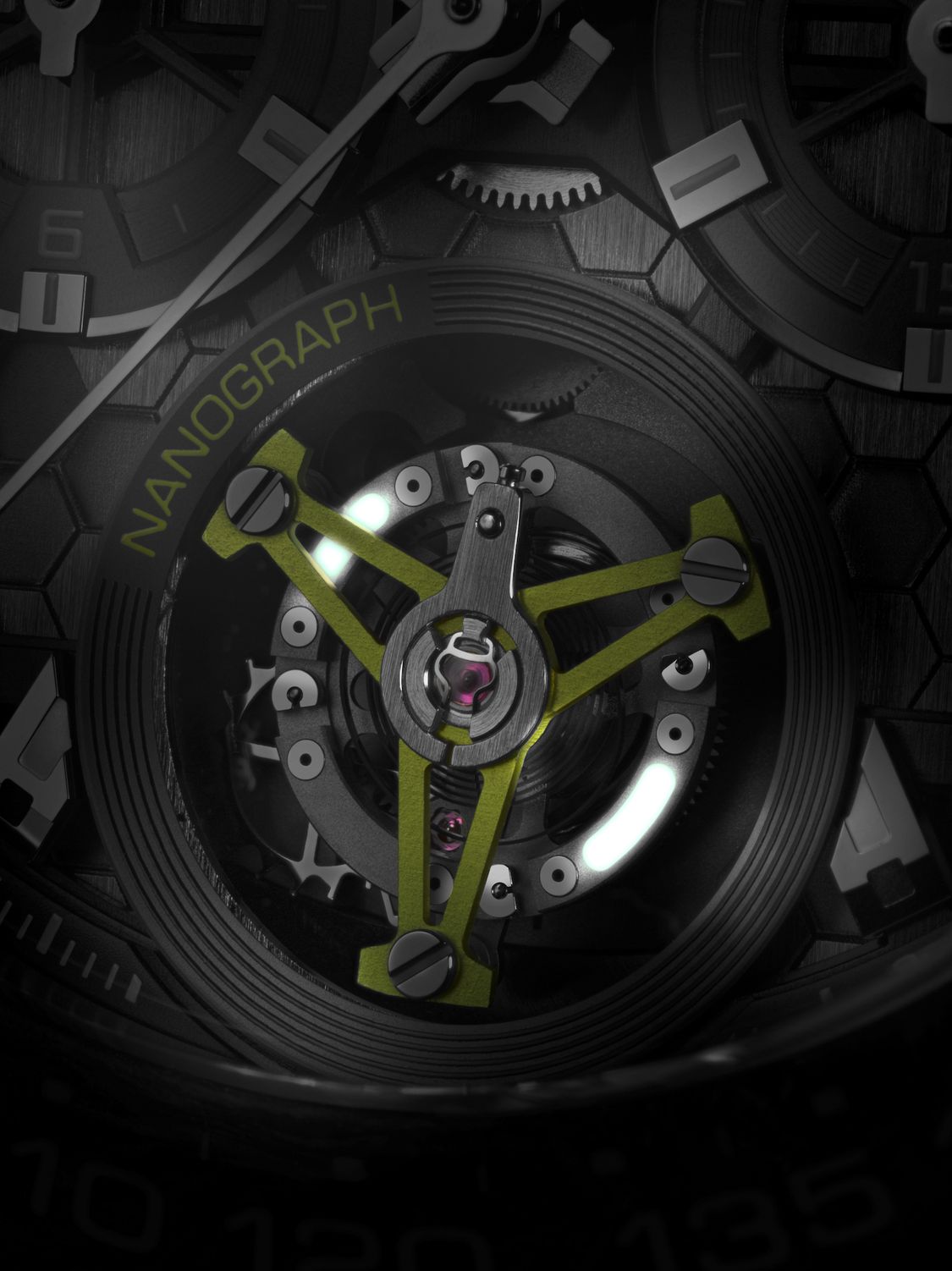 The aluminum alloy balance wheel is set with white gold weights and finished with Super-LumiNova to add some extra visual intrigue when viewing the tourbillon complication in the dark (Image: Tag Heuer).