Famed Swiss watchmaker Ulysse Nardin can make a unique claim about its complex Moonstruck Worldtimer model: eight years after the original was introduced, it is still the only watch to show the movements of the moon and sun as they relate to the Earth, as well as mapping the tides. Add to that a date indication, instant time zone setting, and worldtimer complication and you have got one hell of a luxury timepiece on your hands, so to speak. Now Ulysse, founded in Le Locle in 1846, is bringing out a new Executive version of the Moonstruck Worldtimer, limited to just 100 pieces and available in platinum at $95,000 and rose gold at $75,000. The watch adheres to Ulysse’s motto, in homage to Leonardo da Vinci, that “simplicity is the ultimate sophistication.” 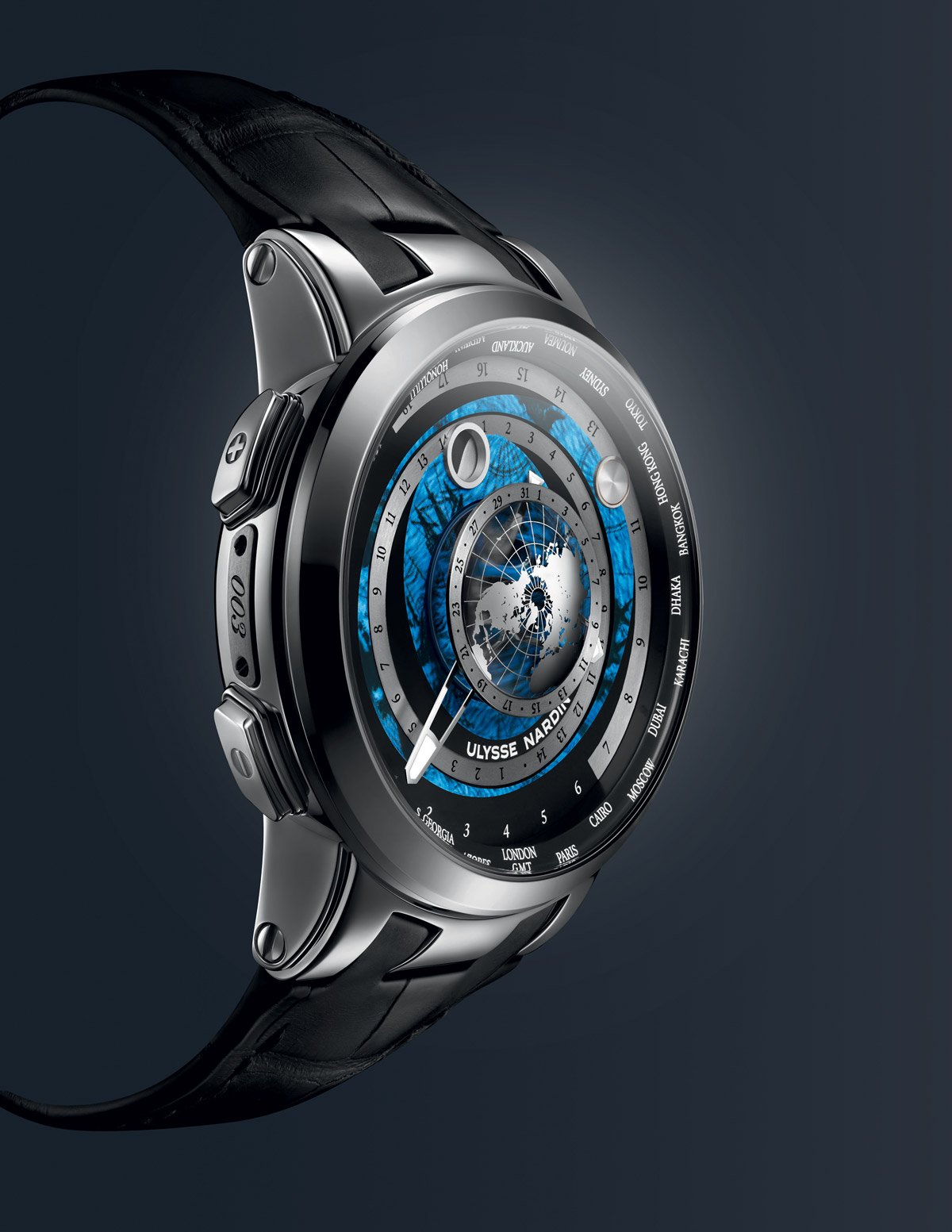 A Closer Look at the Moonstruck Worldtimer

In the center of the Moonstruck Worldtimer’s dial the Northern Hemisphere is shown as it would look from directly above the North Pole. Three concentric discs turn around it with the outermost circle representing the sun; the solar disc, fitted with a day/night indicator, completes one revolution every 24 hours and sweeps over a display of 24 time zones. They control the Worldtimer function, allowing the wearer to view the time in the 24 cities engraved on the internal flange at a glance. The moon meanwhile is portrayed by two discs with the topmost functioning as a circular window displaying its position relative to the Earth, and the second depicting its changing phases. The time lag for each lunar month is just 5.7 seconds per day, or one day in 40 years. This watch blows out Rolex’s new Cellini from Baselworld 2017. 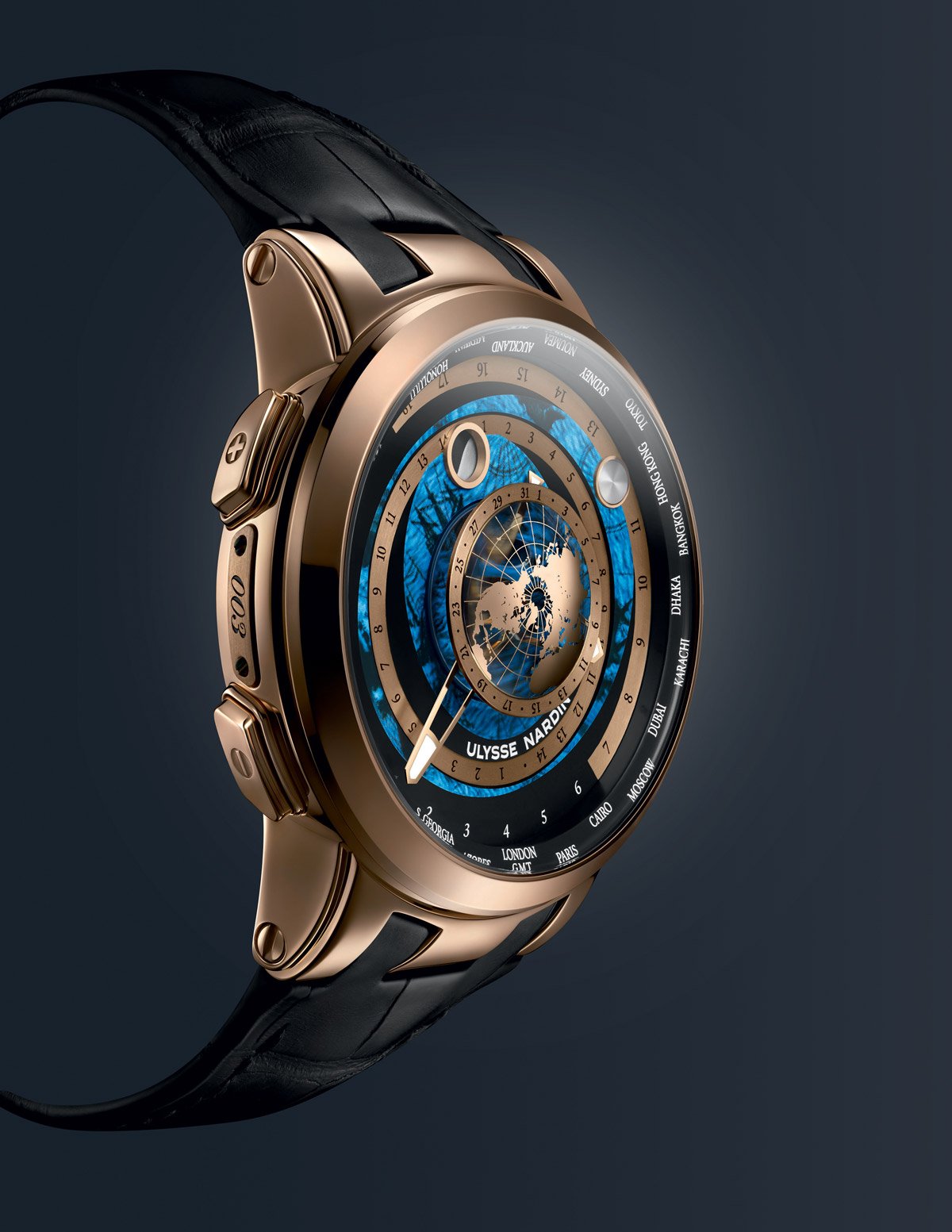 Ulysse Nardin’s $95,000 wonder is a true masterpiece of precision. It can also lay claim to being the sole astronomical watch that shows the bright side of the moon continually facing the sun, as in the actual world. Equipped with silicium technology, and entirely designed and produced in-house, Ulysse’s self-winding calibre UN-106 which powers the Moonstruck Worldtimer offers a date display on a track encircling the world map. This in itself is not so extraordinary but push buttons at 8 and 10 o’clock let the wearer speedily move the time ahead or back by one hour – highly useful when crossing timezones or adjusting for daylight savings. $95,000 is certainly a lot of money to spend on a watch. But this is a unique piece that we think is destined to increase in value over the years.