LVMH-owned Swiss watch brand Zenith continues to make big moves under the guidance of new President and CEO Jean-Claude Biver. For starters they’re getting a jump on Basel, and drawing publicity away from the non-LVMH brands showing there, with a new Pilot Extra Special Chronograph that will be the latest addition to the brand’s Heritage collection. The handsome piece, priced at $7,100, is cased in bronze and billed as a “natural heir to the onboard instruments developed by Zenith in the early years of aeronautics and known for their precision, sturdiness and outstanding legibility.” 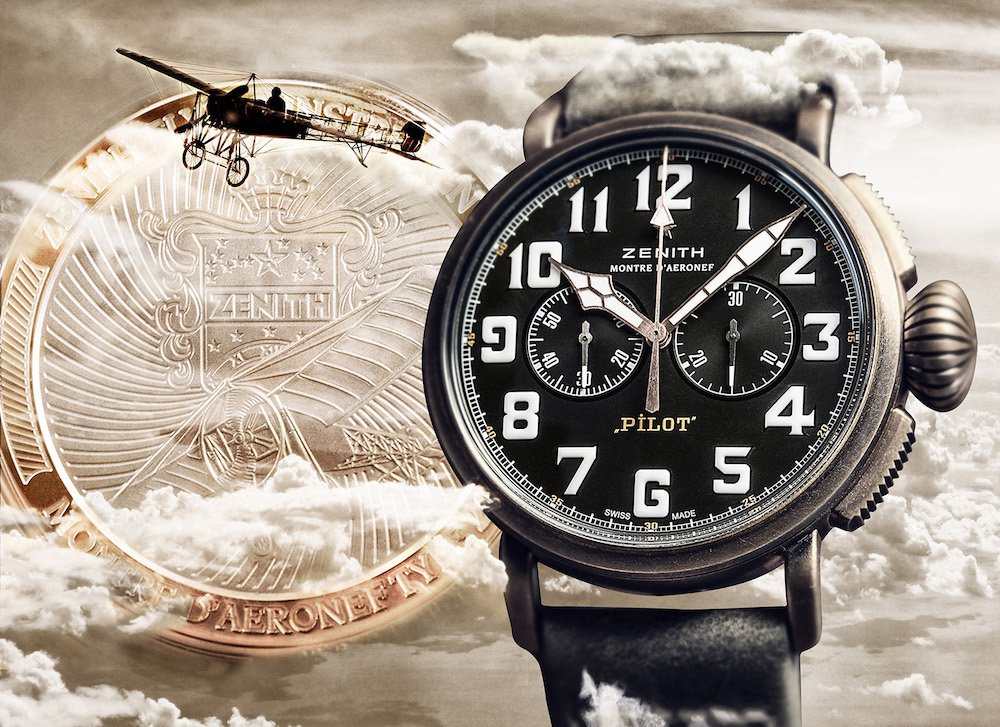 This new Zenith watch has the look of a vintage watch.

Of course the 45mm chrono features Zenith’s renowned El Primero movement under the sandblasted black dial bearing green-emission SLN Arabic numerals. Also of interest is an engraving on the solid titanium case-back depicting the plane flown by Louis Blériot when he crossed the English Channel in 1909 with a Zenith on his wrist, along with the Zenith flight instruments logo. We also like the khaki green oily nubuck leather strap with beige stitching, which is rubber-lined and secured by a titanium pin buckle. 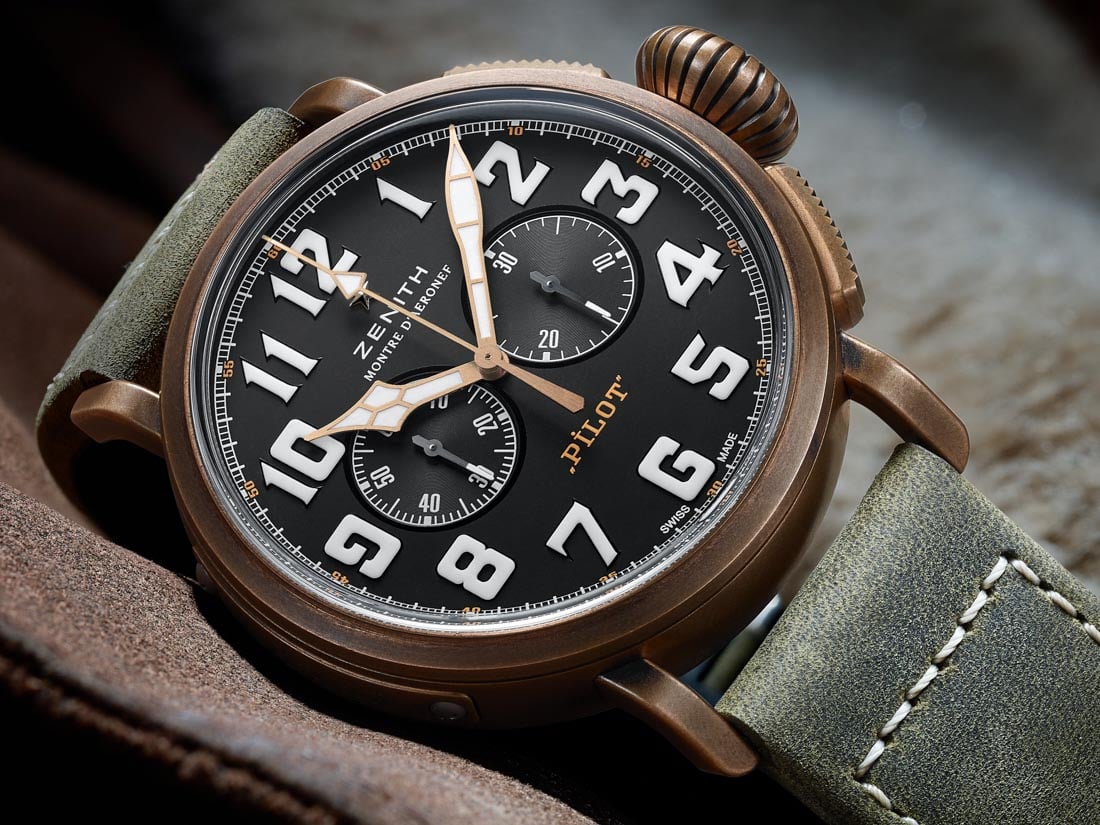 Zenith introduces a watch that is sandblasted.

Zenith’s other initiative also features once of its retro pilot’s watches, and here’s where things start to get a little wild. Zenith is supporting the construction of the new Oregon Military Museum, which honors Brigadier General James B. Thayer, one of Oregon’s most decorated war heroes. Thayer is also well known for his even more famous son – Tommy Thayer of KISS. The legendary band just performed at a benefit event for the museum, along with Alice Cooper, Robby Kreiger from the Doors and Danny Seraphine of Chicago. During the event Zenith presented Brigadier General Thayer with a limited edition Pilot Type 20 Extra Special watch in rose gold, one of only two pieces produced in a limited run. 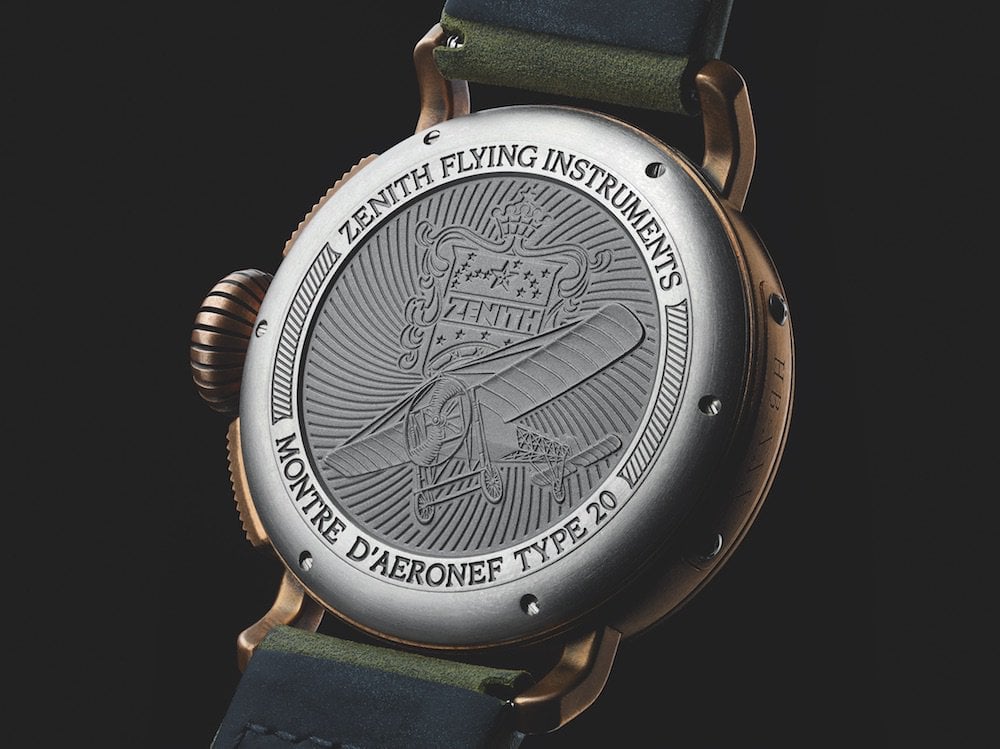 This is the caseback of the new Zenith watch.

The second timepiece was placed in the evening’s luxury auction to support the museum’s fundraising efforts. Nobody bit the head off a bat, but there’s always next time….