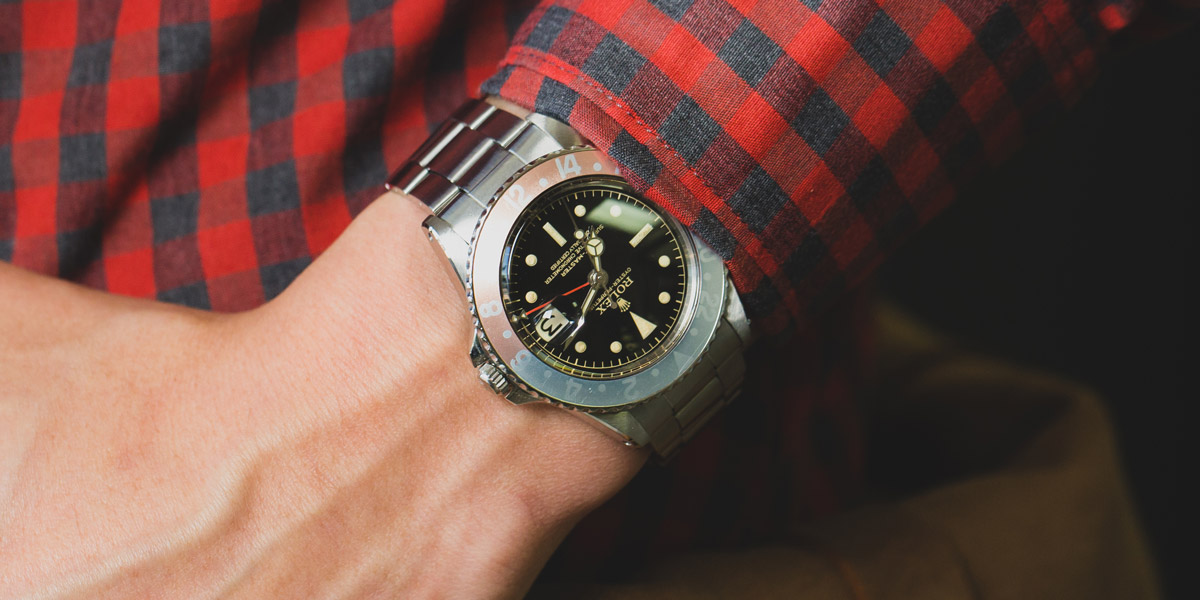 The ref. 1675 GMT-Master is a fascinating watch due to the many subtle variations that exist.

The GMT-Master ref. 1675 was the second reference to join Rolex’s family of pilot’s watches after the inaugural ref. 6542. With its debut, Rolex introduced crown guards to the GMT-Master watch. 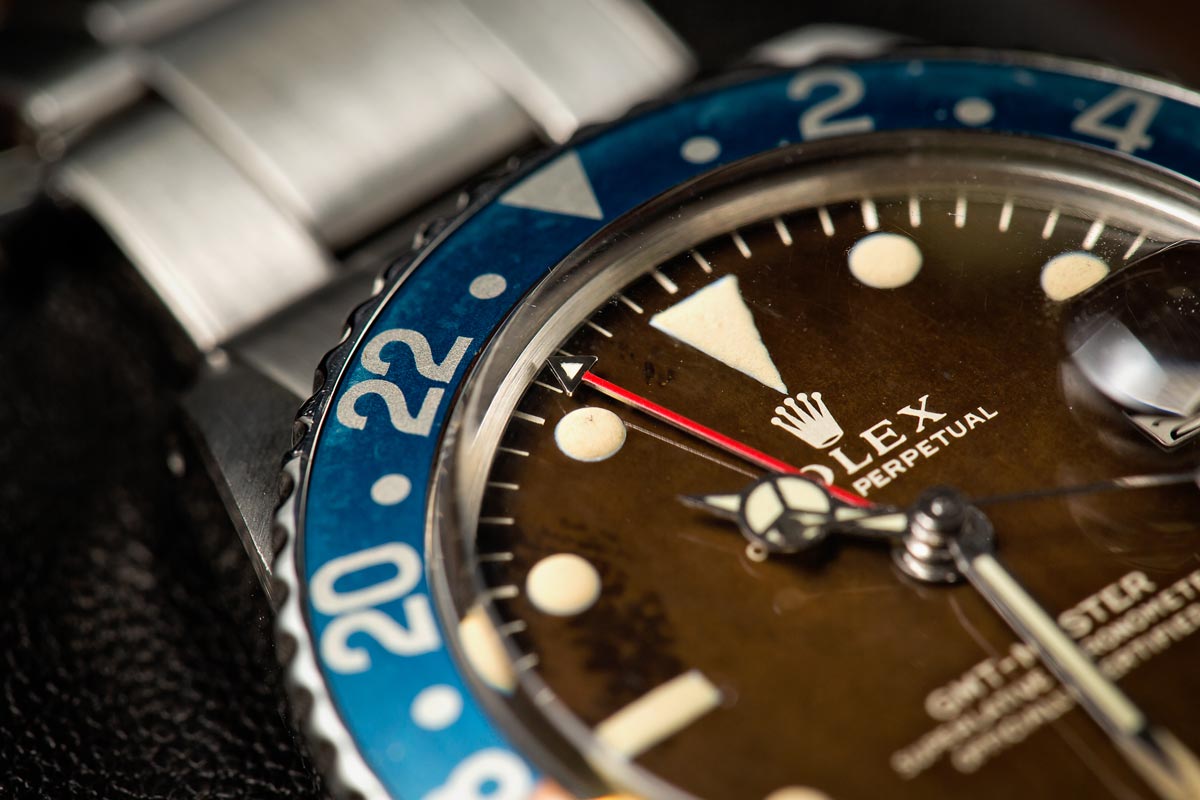 Here is an example of the small arrow GMT-hand.

The GMT-hand – also known as a 24-hour hand – is an integral feature of the Rolex GMT-Master watch. The hand, in conjunction with the rotating bezel marked to 24-hours, allows the wearer to simultaneously reference the time in a second time zone. It is, of course, this specific function that made the GMT-Master watch the go-to timepiece for commercial pilots. The red GMT-hand includes a luminescent arrow tip for visibility in low light conditions.

Early examples of GMT-Master ref. 1675 watches were fitted with 24-hour hands that featured small arrows at their tips. However, in the late 1960s, Rolex replaced the small arrow-tipped hand with a GMT-hand that had a noticeably larger arrow at its tip. While the larger arrow offers more legibility, GMT-Master ref. 1675 watches with small 24-hour hands typically command higher prices on the vintage Rolex market. 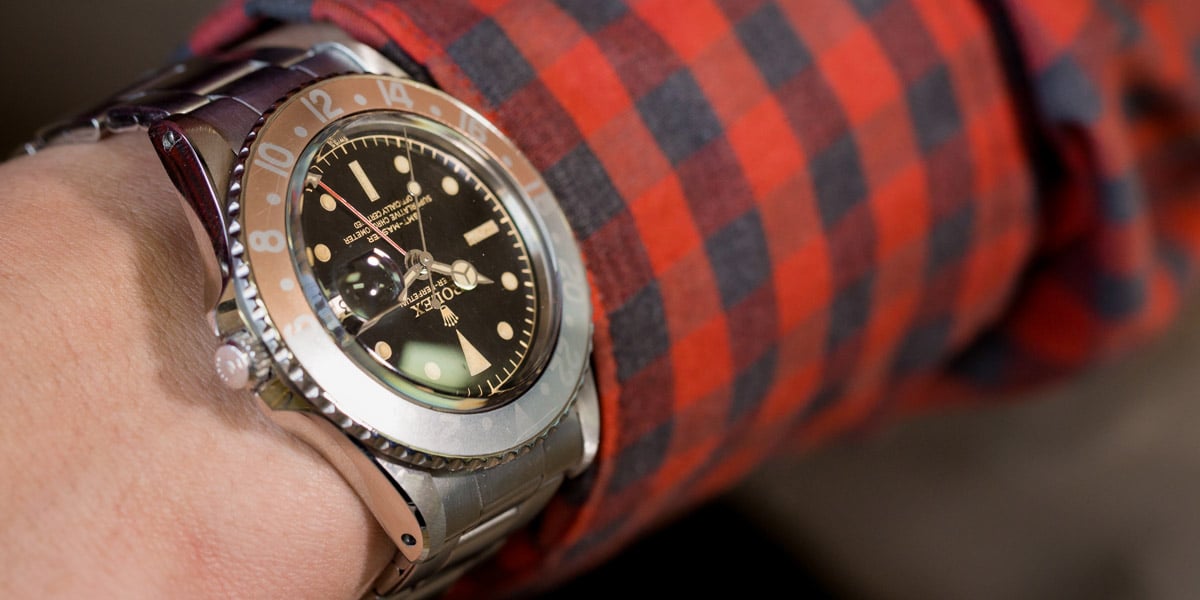 This ref. 1675 Rolex GMT-Master has a glossy gilt dial and small arrow GMT-hand.

True to the era, the first generation of GMT-Master ref. 1675 watches received glossy black dials with “gilt” printing. This was the case up until 1964 when Rolex exchanged them for matt black dials that featured white text. It’s also worth noting, that there are two types of glossy/gilt dials – earlier ones with a chapter ring and later-era ones without a chapter ring.

As expected, GMT-Master ref. 1675 watches with glossy gilt dials – particularly the ones with the chapter ring are generally more expensive than matte black dials with white printing. With that in mind, there is one particular variant of matte dial that is quite rare, and therefore more expensive than standard matte black dials: the so-called radial dials. Not only do radial dials include smaller lume plots, but their hour markers are also positioned further away from the minute track around the periphery of the dial.

If entirely original, glossy gilt dial versions of the GMT-Master ref. 1675 should also have small-arrow style GMT-hands and pointed crown guards. However, keep in mind that it is quite common to find vintage Rolex watches that have replacement dials, replacement hands, and other later-era replacement parts that were either added or replaced at some point during a past service.

Stay tuned for Part II of our in-depth look at other details that can significantly impact the overall value of the vintage Rolex GMT-Master ref. 1675.