If you’re like me, you get a kick out of seeing a rare vintage Rolex watch ad from the 1960s and fantasizing about what it must’ve been like to pay $195 for a pointed crown guard Submariner or how about $240 for a GMT-Master with a bakelite bezel… Now, I don’t beat myself up about missing the boat on these. Heck, I wasn’t even alive back then. 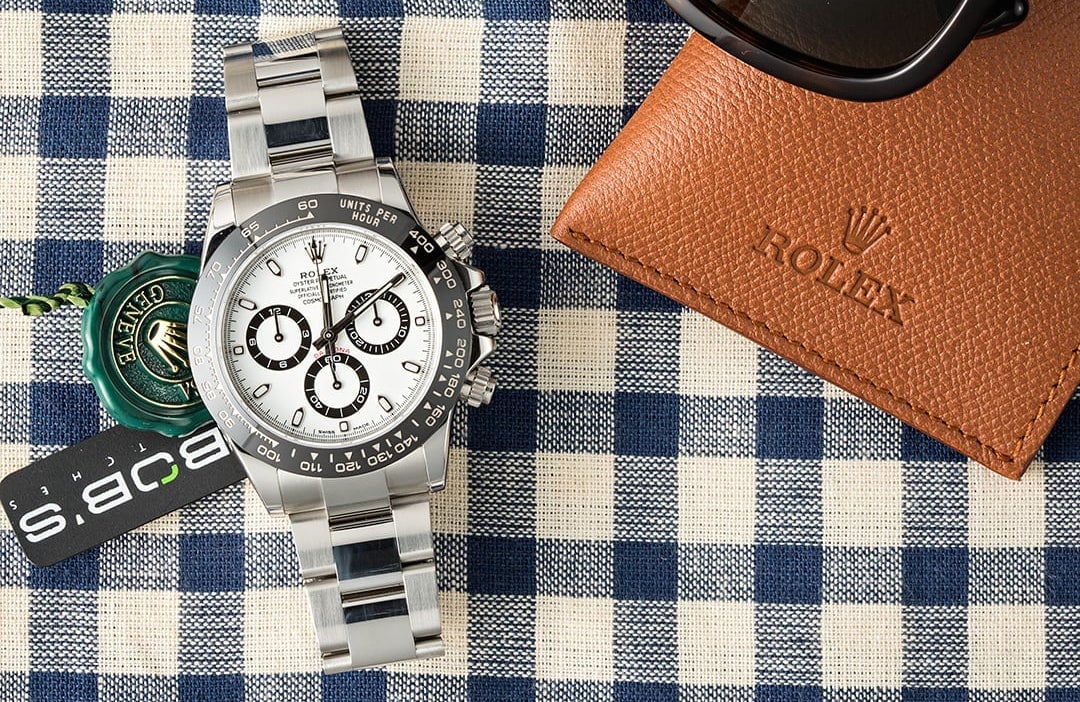 My love affair with watches, Rolex in particular, didn’t take shape until the mid ’90s. I ended up buying my first Rolex, a stainless steel Datejust, in 1998. Which brings me to the topic of this article: In April of 1992, only six years before I purchased my first Rolex, Antiquorum Auctioneers held a wristwatch sale that included 131 – mostly vintage – Rolex watches. Of these lots, 56 were Daytonas of all shapes and sizes… 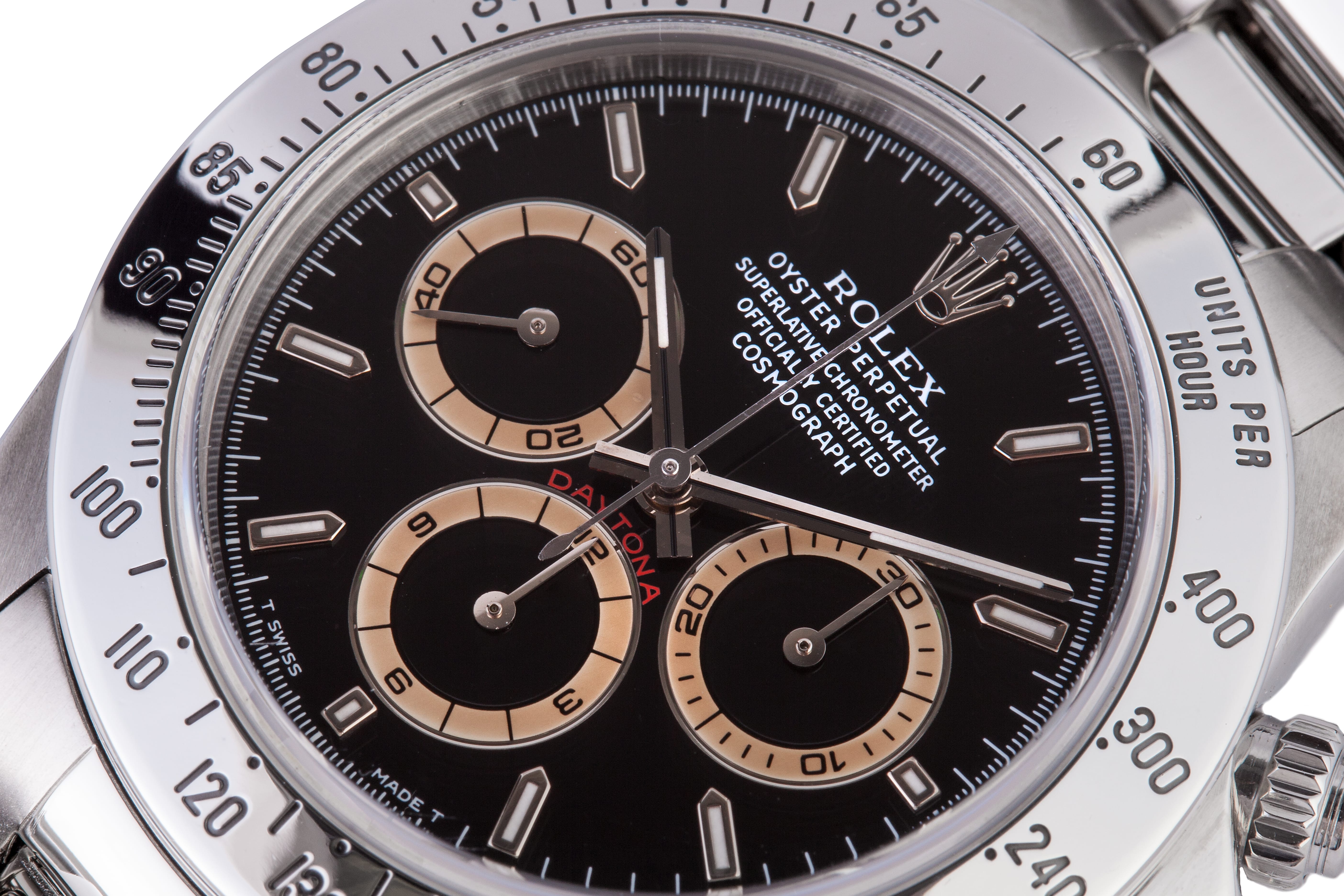 In 1992 I was eleven years old. The furthest thing from my mind was attending a watch auction – in Geneva to boot. I was too busy collecting baseball cards… I only learned about this auction a few years ago, when I found the catalog at a flea market. Recently, I decided to dust it off and imagine what it would’ve been like to be in attendance that weekend in April – to raise a paddle in the Hotel des Bergues and bid on a vintage Rolex…

Judging by the lot descriptions, it’s safe to assume that twenty-four years ago no one was concerned with – or paying a premium for – those small details we enthusiasts go crazy for today. You won’t find a single mention of a dial described as “tropical.” The only distinction among Daytonas is the “so-called ‘Paul Newman'” variation. Many errors can be found printed in the catalog, such as: “Ref. 6239, with steel bezel, produced from 1961 to 1988…” Many of the lot descriptions are just cut-and-pasted, including the estimates. To say this time period was the calm before the storm in watch collecting would be an understatement. 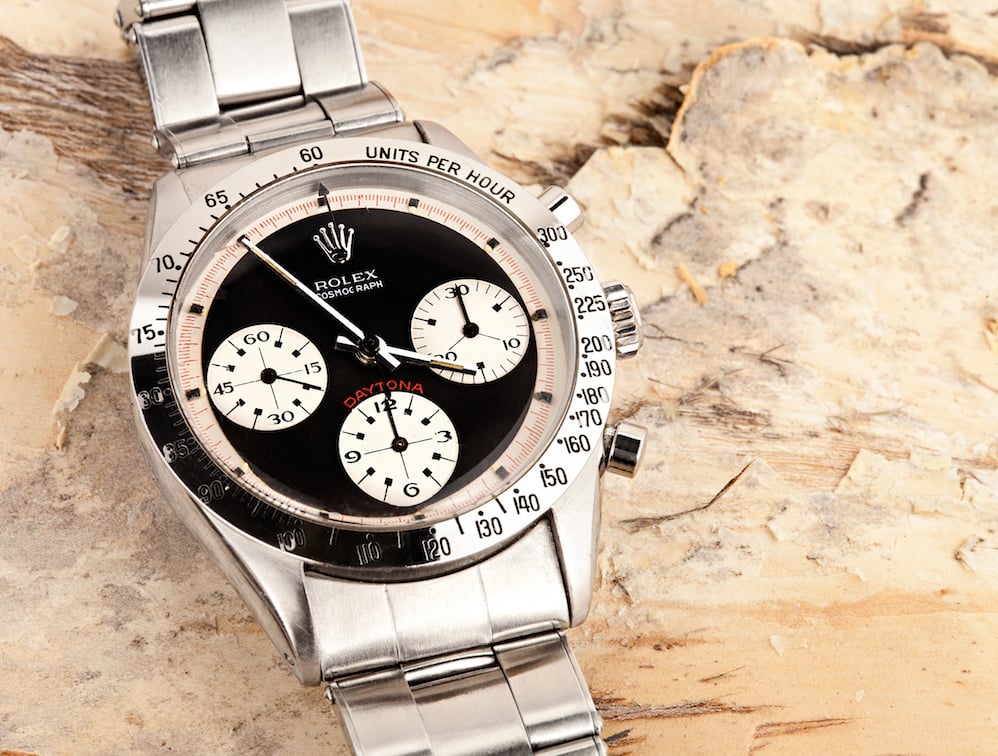 Which leads me to share with you the results… I took the liberty of converting the hammer prices, reported in Swiss Francs, into US Dollars according to the exchange rate back in 1992. I also chose to focus solely on the Daytonas – the most-collectible Rolex model today. Make sure you’re sitting down before you read any further – these prices even include the buyer’s premium…

7 stainless steel Daytonas sold for $4,991. None of these were modern – they were all vintage, manual wind.

To top things off, just last year Paul Newman’s very own Vintage Rolex Daytona was sold for over $17 million. Prices are skyrocketing, and there’s no sign of it slowing down anytime soon. 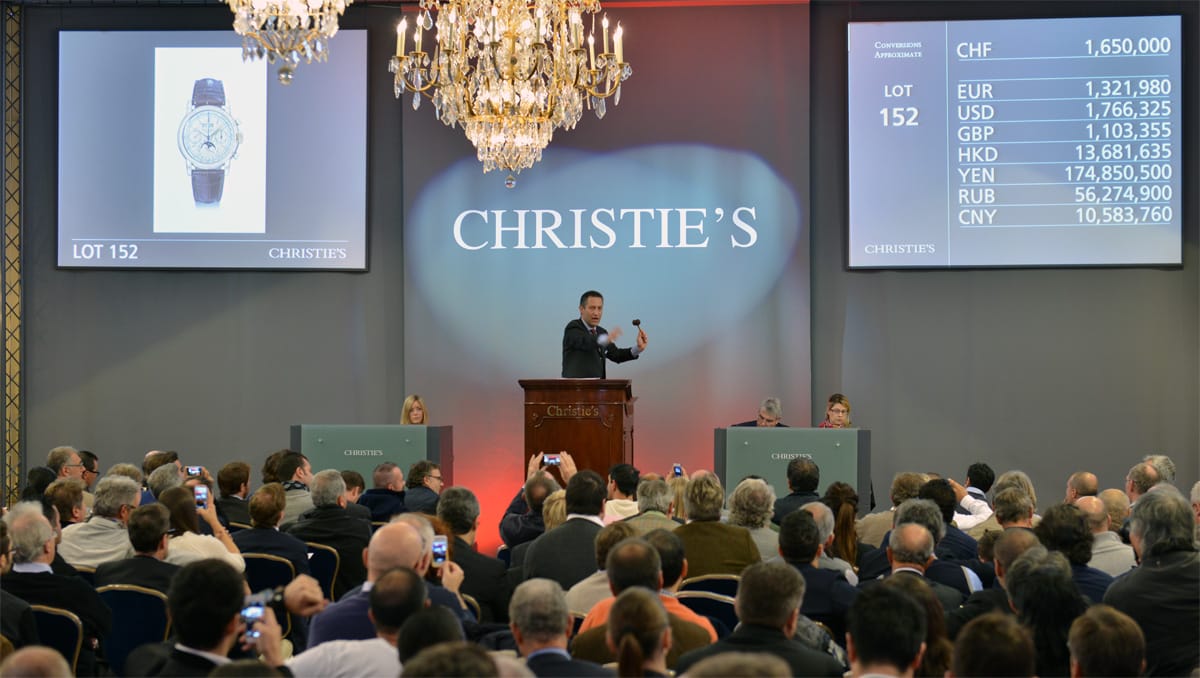 I’ll leave it up to you to speculate on the factors at play over the last 20+ years that have caused the value (and price) of a Rolex Daytona to skyrocket… Over the next 5, 10, 20+ years, do you think prices for Daytonas will continue to soar, level off, or come back to earth? Will it be a good investment or not? Let us know your thoughts in the comments below!