The Air-King has always occupied a simple, entry-level position among the Rolex lineup. While it has always received far less attention than some of Rolex’s other, more expensive and more feature-packed offerings, the Rolex Air King has a unique, rich history that spans over seventy years of near-continuous production.

Historically, the Air-King has always been as a relatively small, and understated timepiece. The longest-running iteration of the Air-King collection, the reference 5500, most closely resembles a more humble, stripped-down version of their Oyster Perpetual line of watches. However more recently for Baselworld 2016, Rolex completely redesigned the Air-King with the reference 116900 – this time with an entirely new appearance, and an updated set of features never before featured on the Air-King line of watches. 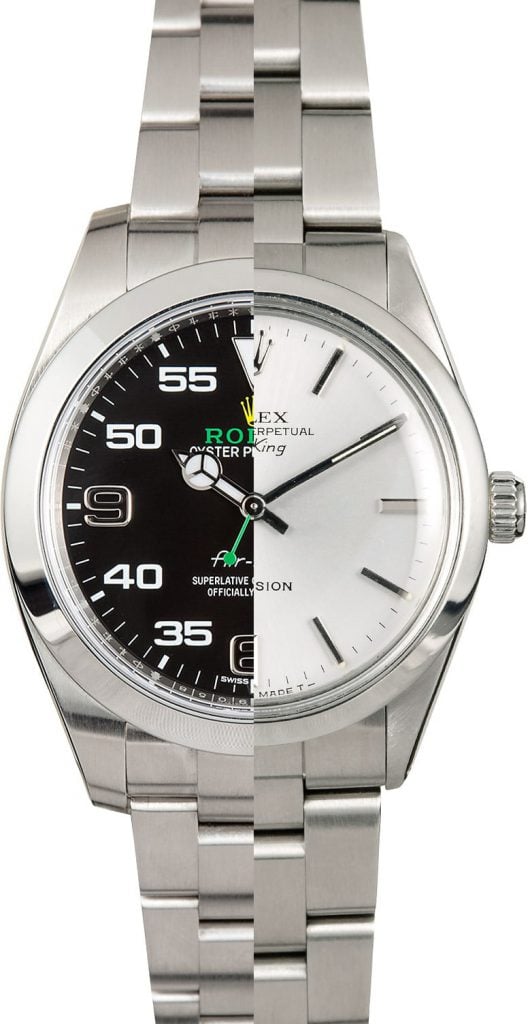 The Air-King collection is a watch originally intended for pilots. 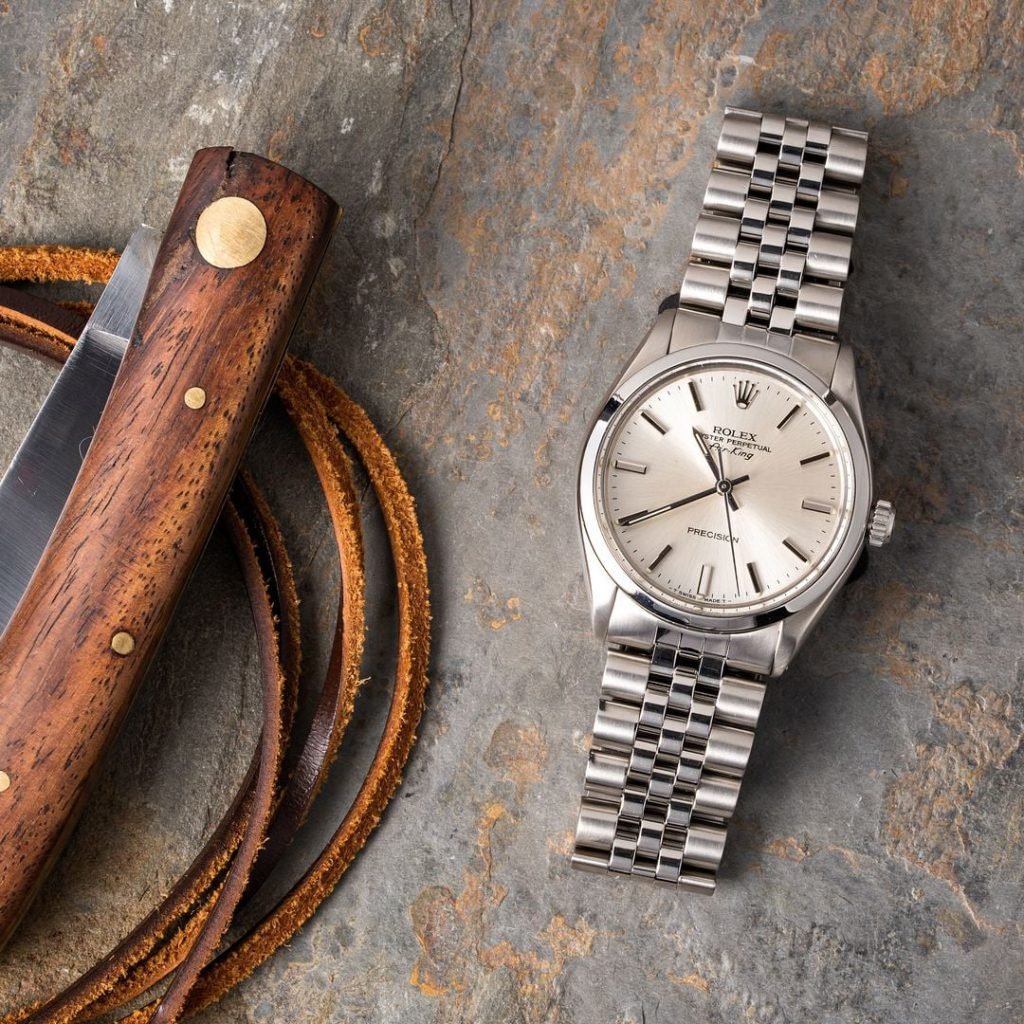 The old Air-King has a few distinct features on the watch that makes it easy to read.

The reference 116900 Air-King uses the same Caliber 3131 movement that is found inside the contemporary Rolex Milgauss. As this is a modern movement that is still in production, the Caliber 3131 is packed full of Rolex’s latest proprietary technologies, such as their anti-magnetic, blue Parachrom hairspring.  In addition to being resistant to magnetic fields, the Caliber 3131 is also a certified Swiss chronometer, meaning that the new, reference 116900 Air-King receives the accompanying “Superlative Chronometer Officially Certified” lines of text on its dial. 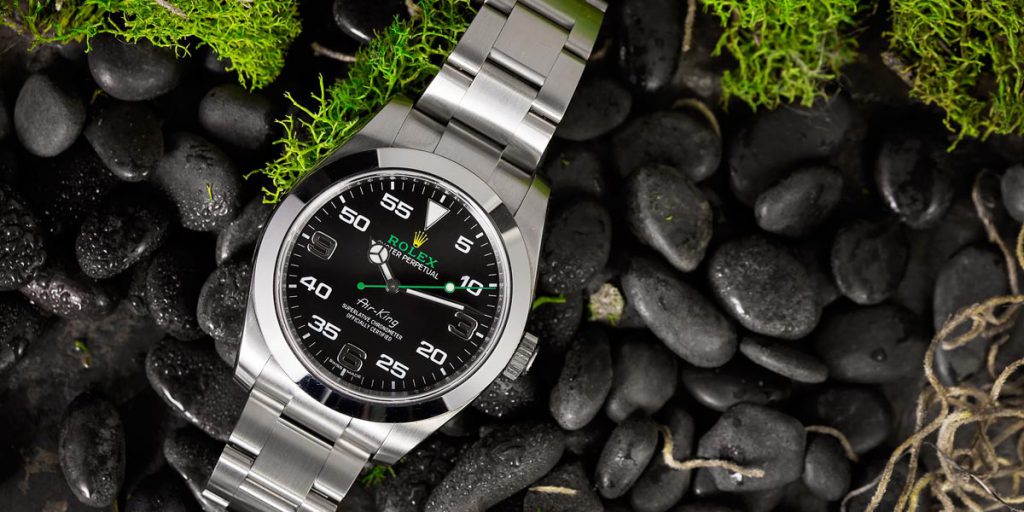 What are your thoughts on the new Air-king?

To match its new, larger case, both the crown, and the lug width have been increased to maintain the balance and proportions of its design. The reference 116900 will seem very familiar to those that are well-acquainted with the Rolex Milgauss; and due to the large number of parts that are shared between the two watches, the overall feel of the reference 116900 Air-King will be almost identical to that of the present-year Milgauss too.

The Air-King line has always been one of Rolex’s most simple and accessible offerings, providing users with all of the hallmark traits of a Rolex watch without any extraneous features whatsoever. The classic reference 5500 Air-King has a minimalist feature set, and is truly timeless in its design, while the new reference 116900 Air-King is a thoroughly modern watch, with the anti-magnetic capacities to match. Whether you are looking for an understated vintage timepiece or a colorful and contemporary Rolex watch, the Air-King line is an excellent option with a range of styles to suit any collection.