The Evolution of the Rolex Cosmograph Daytona

It is almost impossible to have a discussion about watches without mentioning the Rolex Daytona. This sporty timepiece has been worn by racecar drivers, Hollywood movie stars, businessmen and the like.  Since the early 1960s, Rolex’s flagship chronograph has represented a cornerstone offering within the world of luxury watches; however, in recent years, the Cosmograph Daytona has turned into an absolute record-setter.  Released in 1963 to meet the needs of racing drivers who wanted a watch to measure elapsed time and calculate average speed, the Daytona Cosmograph wristwatch was born and flourishing.  Since then there have been three series of the Daytona.

Possibly no other timepiece is more fiercely collected than the Rolex Daytona. In the spirit of The Rolex Daytona Capsule Collection sale that we are currently offering in partnership with Sotheby’s (bidding is open until May 30, 2019), we wanted to highlight the fascinating history of Rolex’s iconic collection of chronograph wristwatches. 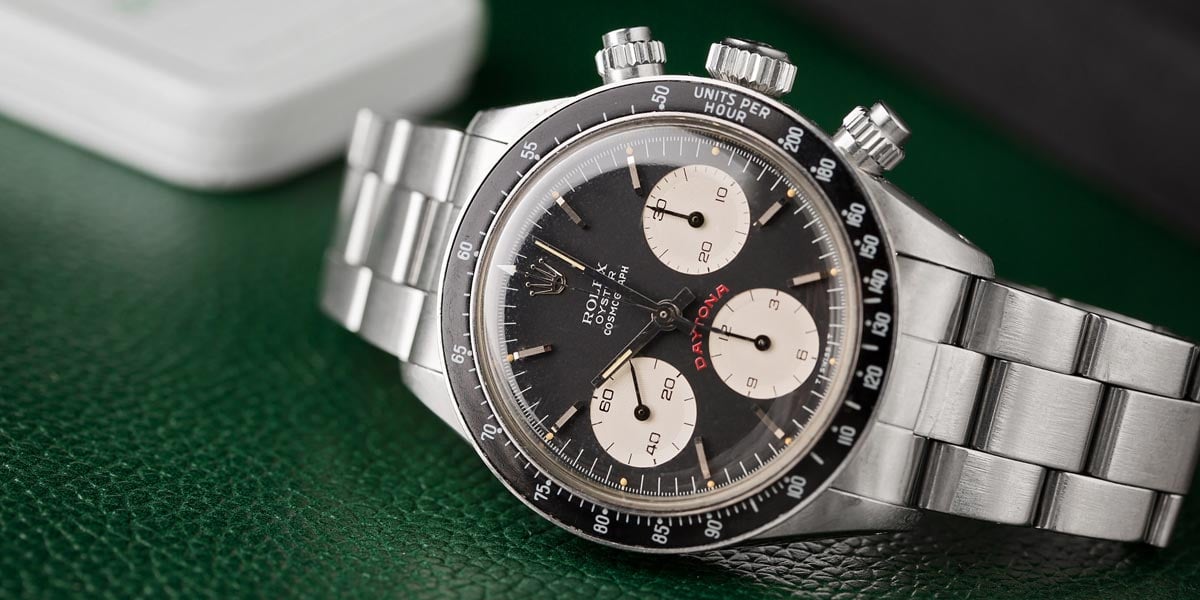 The History and Evolution of the Rolex Cosmograph Daytona

Rolex was manufacturing chronograph wristwatches for decades before the Daytona ever made its first appearance in the early 1960s – let alone received its now-iconic “Daytona” name. However, it was ultimately the Cosmograph Daytona that would go on to become synonymous with Rolex’s chronograph wristwatches, and that now represents one of the most valuable, desirable, and hotly pursued timepieces on this planet.  This is especially true with the newer Rolex Daytona lineup.  The Ceramic Bezel is all the rage for collectors and those new to watch collecting.

Today, the Rolex Cosmograph Daytona is a true legend within the world of watchmaking, and it easily ranks among the most studied and sought-after watches in existence. However, Rolex’s premier chronograph was not always a highly-coveted and collectible success. Instead, the history and evolution of the Rolex Daytona (especially throughout its early years) was a series of small, incremental improvements and widespread variation throughout the references.  It has gained popularity over time and has continued to hold a strong value as an investment piece for those selling on the secondary market.

For more information on the history of Rolex’s iconic chronograph, and the complete evolution of the Rolex Daytona, check out our Rolex Daytona history page and be sure to watch the accompanying video, where we go over the entire history of the Cosmograph Daytona, from its introduction as a manually-wound watch during the early 1960s, all the way through the arrival of its in-house automatic movement and ceramic bezel. 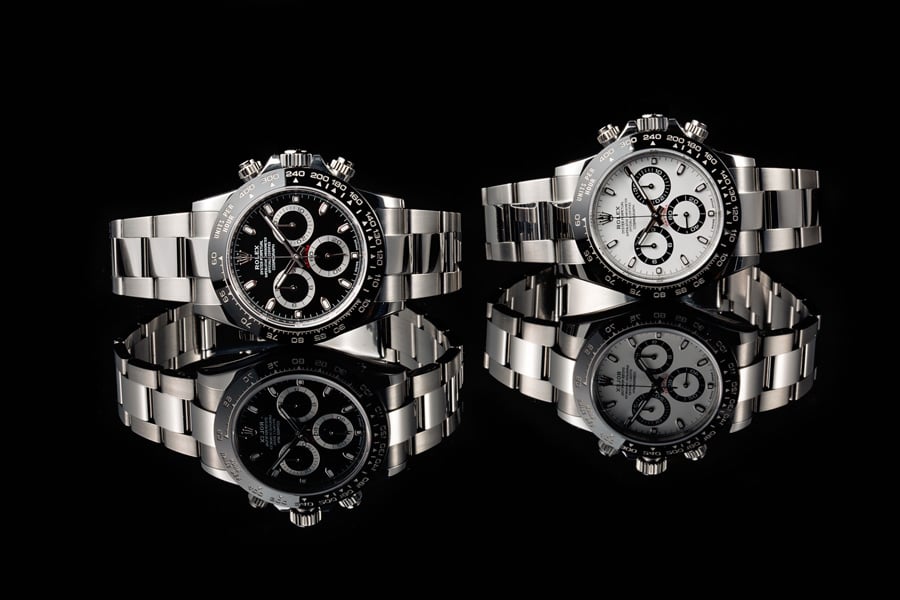