The Last Man on the Moon and What He Left Behind 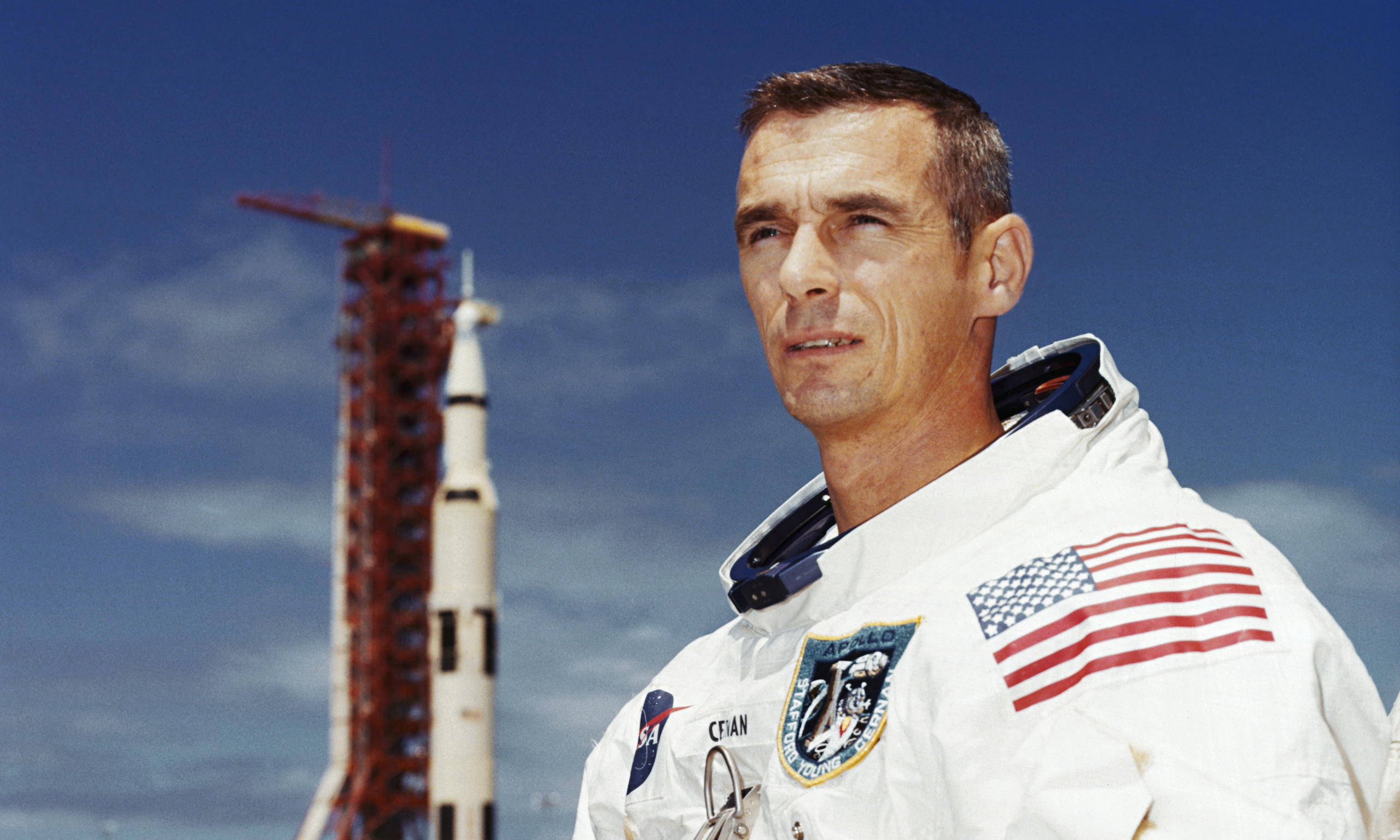 The Last Man on the Moon

Capt. Andrew “Gene” Cernan, an American naval officer, fighter pilot and early astronaut who was the last man to set foot on the moon. One of the most important figures in the history of the Omega Speedmaster “Moon Watch”. He died at the age of 82 on Monday. Cernan traveled into space three times. Once as Pilot of Gemini 9A in June 1966. Another as Lunar Module Pilot of Apollo 10 in May 1969. Lastly, as Commander of Apollo 17 in December 1972, the final Apollo lunar landing. He wore an Omega Speedmaster on all three missions. He then noted that the watch continued to function flawlessly despite the rigorous missions. 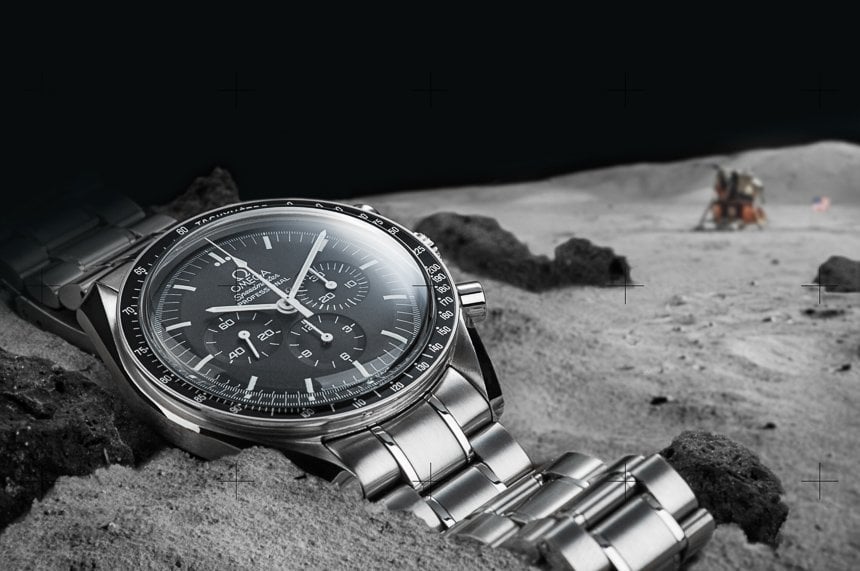 Omega Speedmaster was trusted and issued by the government.

Harshly tested over a period of two years and qualified by NASA for manned spaceflight missions in 1965, the Speedmaster was the first watch ever to be worn on the moon. Cernan became an ambassador for Omega. Eventually, Omega launched an Apollo XVII commemorative edition Speedmaster to celebrate the 30th anniversary. The day he became the last man to leave his footprint on the Moon. Limited to 3,000 pieces, it features a special case back. It bears an imprint of the original Apollo XVII mission patch worn by the crew with the inscription, “E.A.CERNAN APOLLO XVII 12.14.1972 LAST MAN ON THE MOON”. 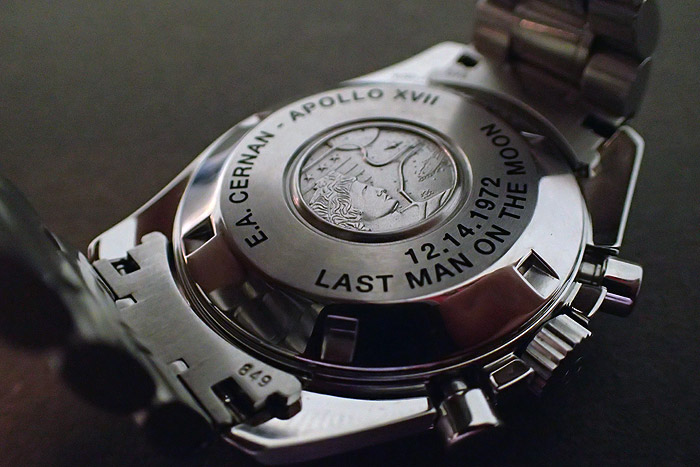 The back of the watch is stamped with “E.A. CERNAN – APOLLO XVII LAST MAN ON THE MOON”

In his role as brand ambassador Cernan attending openings of Omega boutiques worldwide as well as a celebration thrown by NASA and Omega for the 45th anniversary of the Apollo 13 mission in Houston in 2015, one of his last official appearances for the brand. Apollo 13, launched in 1970, was intended to be the third mission to land on the Moon, but had to be aborted after an oxygen tank exploded. An Omega Speedmaster was used to time a 14-second maneuver that proved critical in returning the crew back to earth, in yet another demonstration of the timepiece’s utter reliability. 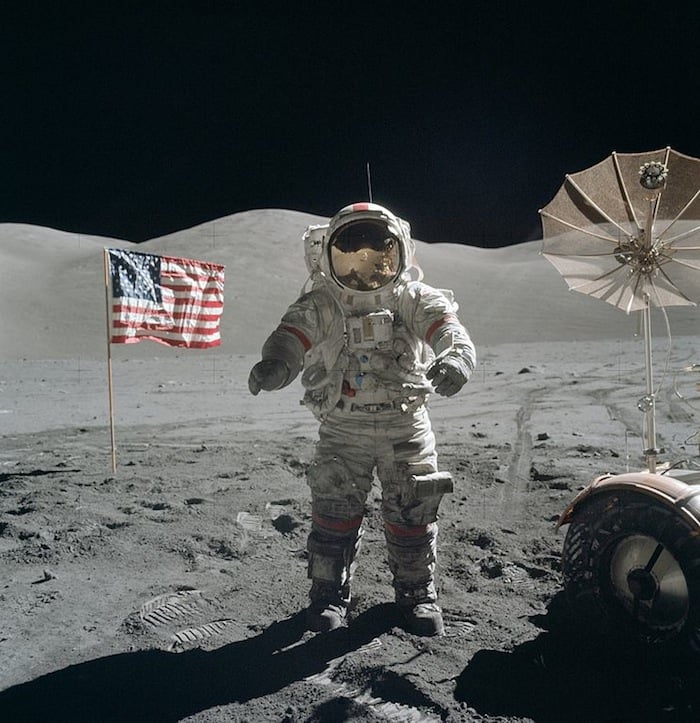 Andrew “Gene” Cernan on the moon.

Omega has long maintained that the Speedmaster is the only watch ever to have been worn on the moon, but in 2015 a Bulova watch privately owned by astronaut David Scott (the Omegas were all government issue), which he wore during his third Apollo 15 moonwalk in 1971, sold for a record $1.6 million at auction. Cernan logged 566 hours and 15 minutes in space, of which 73 hours were spent on the surface of the moon. NASA announced his death via tweet, which seems somehow undignified. We expect Omega will come up with a far more fitting tribute, in the form of a special edition Speedmaster dedicated to Cernan. Here’s to the last man on the Moon, leaving his legacy as he did Earth.