For the last several years, Rolex has unveiled a new stainless steel sports watch that quickly becomes the most desirable (and unattainable) timepiece on the planet. One of the hottest watch releases of the last decade was the 2013 launch of the black and blue Rolex GMT-Master II reference 116710BLNR, which was replaced by the updated ref. 126710BLNR in 2019. Often named the “Batman” (or “Batgirl” for the Jubilee bracelet variants), these stainless steel GMT-Master II watches stand out for their bi-colored blue and black bezels. The two-tone bezel is of course not new – it appeared on the very first GMT-Master watch released in the mid-1950s and has graced the majority of the references in Rolex’s famed pilot watch lineup ever since. However, what is newer is a two-tone Cerachrom (the brand’s proprietary ceramic material) bezel.

Now that Rolex has made two different generations of the GMT-Master Batman, it’s only natural to wonder what the differences and similarities are between these two black and blue luxury travel watches. From similar cases, dials, and materials to different movements, bracelets, and prices, discover all the details with our ultimate guide to the Rolex GMT-Master II 116710BLNR vs. 126710BLNR. 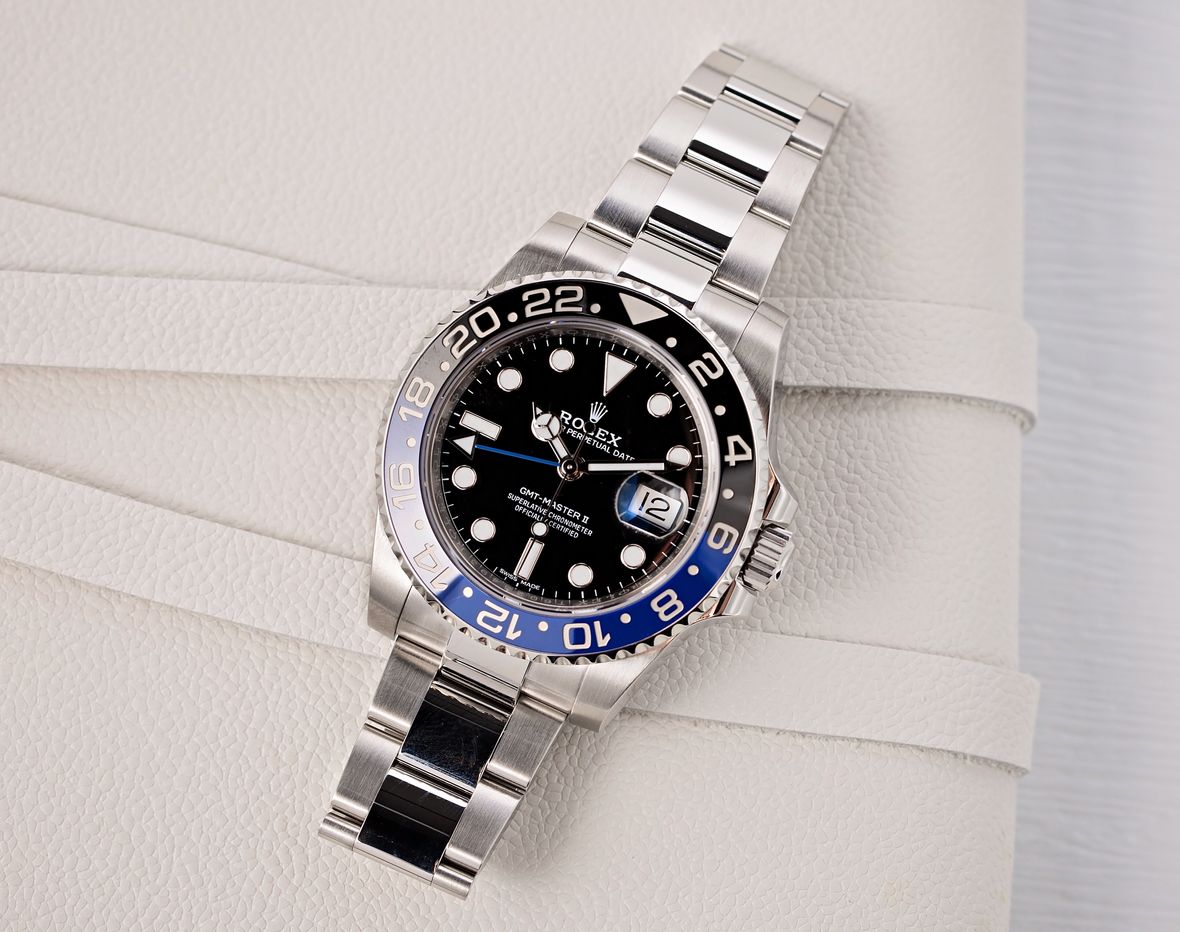 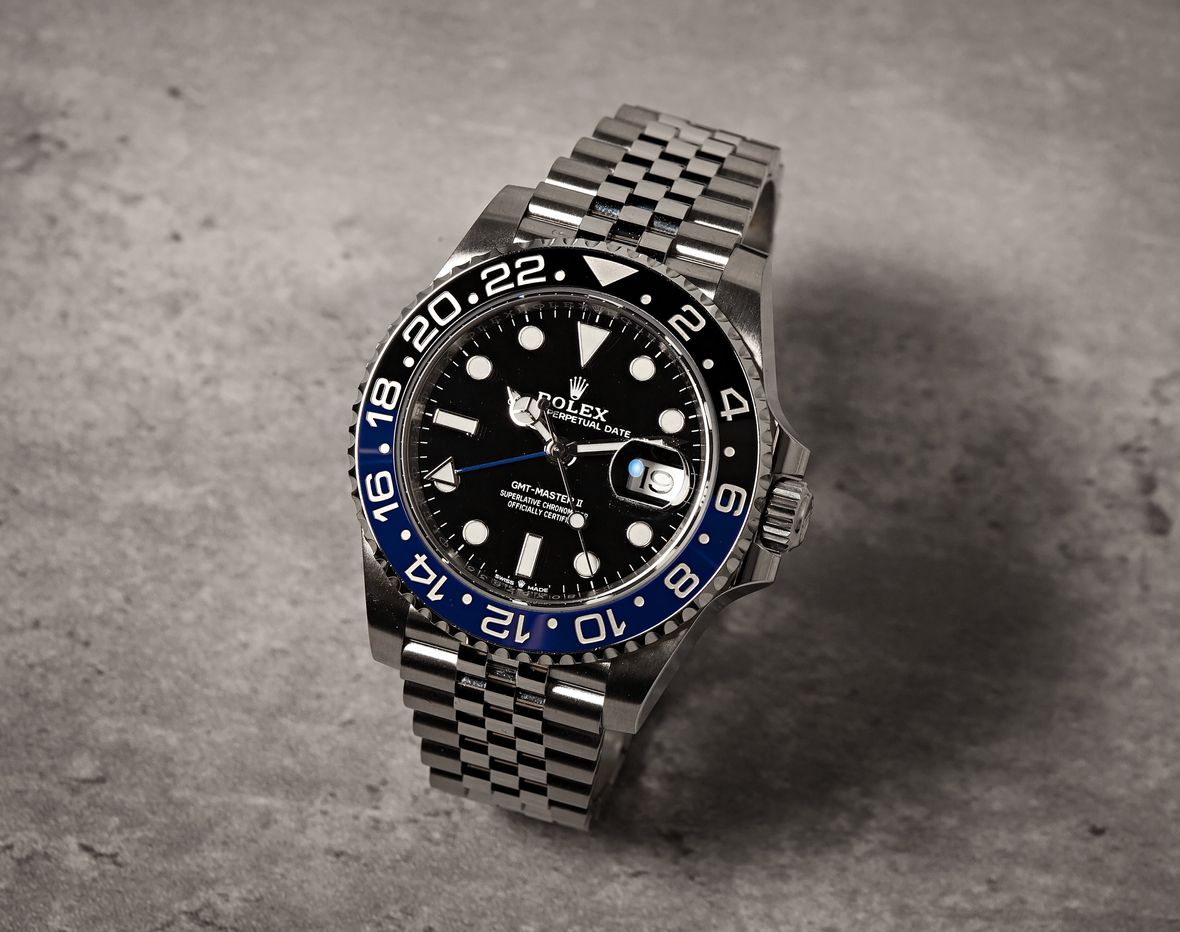 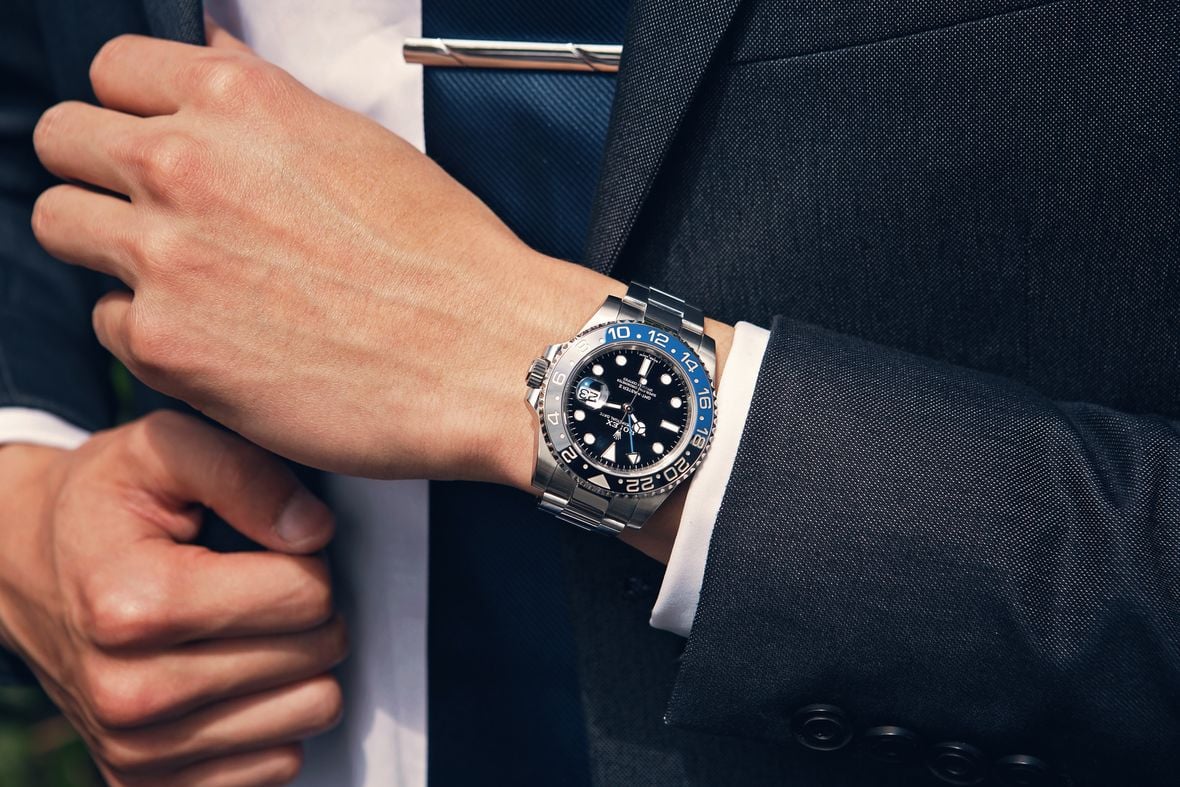 What Is BLNR And Where Do The Batman and Batgirl Names Fit In?

BLNR stands for the French words “bleu noir,” which means “Blue Black.” That is of course in reference to the blue and black bezels of the ref. 116710BLNR and ref. 126710BLNR, which are made from Rolex’s proprietary ceramic alloy that the company calls Cerachrom. This Rolex-exclusive material is crafted from extremely hard ceramic and it is highly resistant to both scratches and fading from exposure to the elements.

When the BLNR bezel made its debut on the ref. 116710 in 2013, the two-color combination on a single-piece ceramic component was a world first. To make the blue and black BLNR Cerachrom bezel, Rolex uses a blend of zirconia and a blue pigment. A special metal salt solution is applied to the upper portion of the bezel (from the 18-hour to 6-hour markings) and when heated, that section turns black (while the lower portion turns blue) thanks to a reaction between the blue pigment and the salts.

Alternatively, you’ll also find the GMT-Master II 116710LN where the LN is shorthand for “lunette noir” or black bezel, in addition to the GMT-Master II reference 126710BLRO where BLRO is code for “bleu rouge” or “blue red.” As you might imagine, these BLRO versions of the reference 126710 differ from their BLNR counterparts in that they feature the red and blue “Pepsi” bezel, rather than the black and blue “Batman” bezel.

Click here for our Ultimate Guide on the Rolex Batman vs. Rolex Batgirl nickname debate. 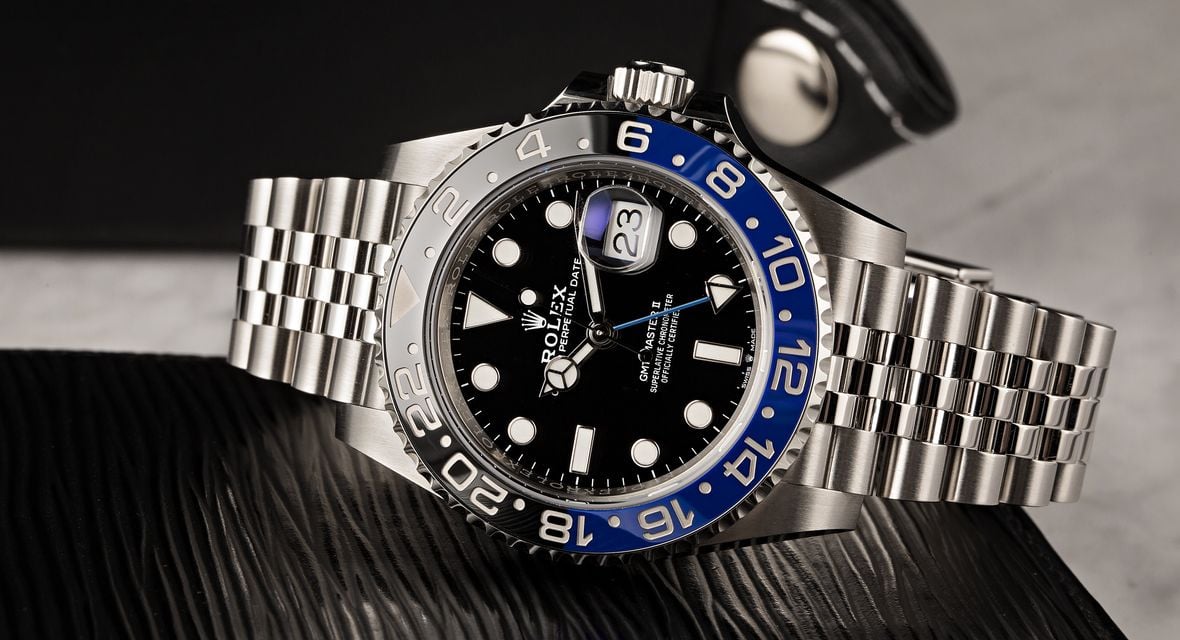 Both the Rolex GMT-Master II 116710BLNR and the GMT-Master II 126710BLNR feature 40mm stainless steel cases, black dials, and blue and black “Batman” bezels made from a single piece of Cerachrom. While at first glance these two watches may appear identical, there are some important variances to consider.

Although the case of the newer GMT-Master II ref. 126710 may seem identical to the previous generation, Rolex actually slightly re-shaped the lugs for a slightly more refined appearance. Still measuring 40mm in diameter, the changes to the case are minimal and would likely go unnoticed by all but the most observant – especially without having a GMT-Master II ref. 116710 on hand for a side-by-side comparison.

While slightly different than the case found on the ref. 116710BLNR, the re-designed case of its successor is still classifiable as a “super case” by all definitions of that term; the revamped case of the newer GMT-Master II remains noticeably thicker than the cases used on older GMT-Master references with aluminum bezels. 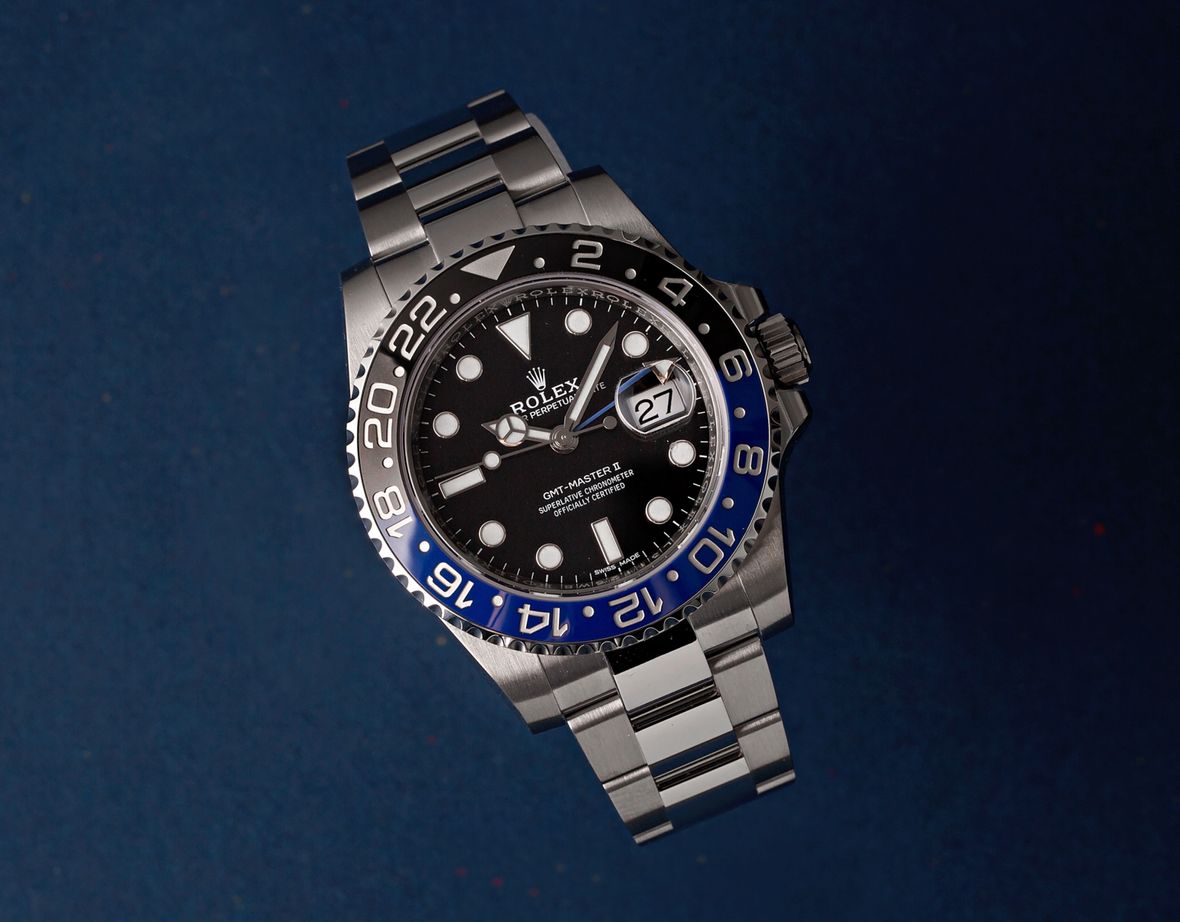 Regardless of which bracelet, the clasps are the same. Both bracelets receive Rolex’s Oysterlock safety clasp, which features the brand’s Easylink comfort extension system that allows users to quickly increase (or decrease) the circumference of their bracelet by 5mm.

Aesthetically, the dial fitted to the newer ref. 126710BLNR is virtually identical to the one found in the previous generation GMT-Master ref. 116710BLNR. However, the dial signature below the 6 o’clock location has been slightly updated on the latest version. On the GMT-Master II ref. 126710, Rolex has added a small crown insignia (the Rolex logo) between the words “Swiss” and “Made” that appear just below the 6 o’clock hour marker.

Beyond this minor signature update and a slight revision of handset proportions, the two dials are otherwise completely identical. Both are considered “maxi dials” with larger hour markers, and both are finished with Rolex’s proprietary Chromalight luminescent material, which provides them with a long-lasting blue glow. 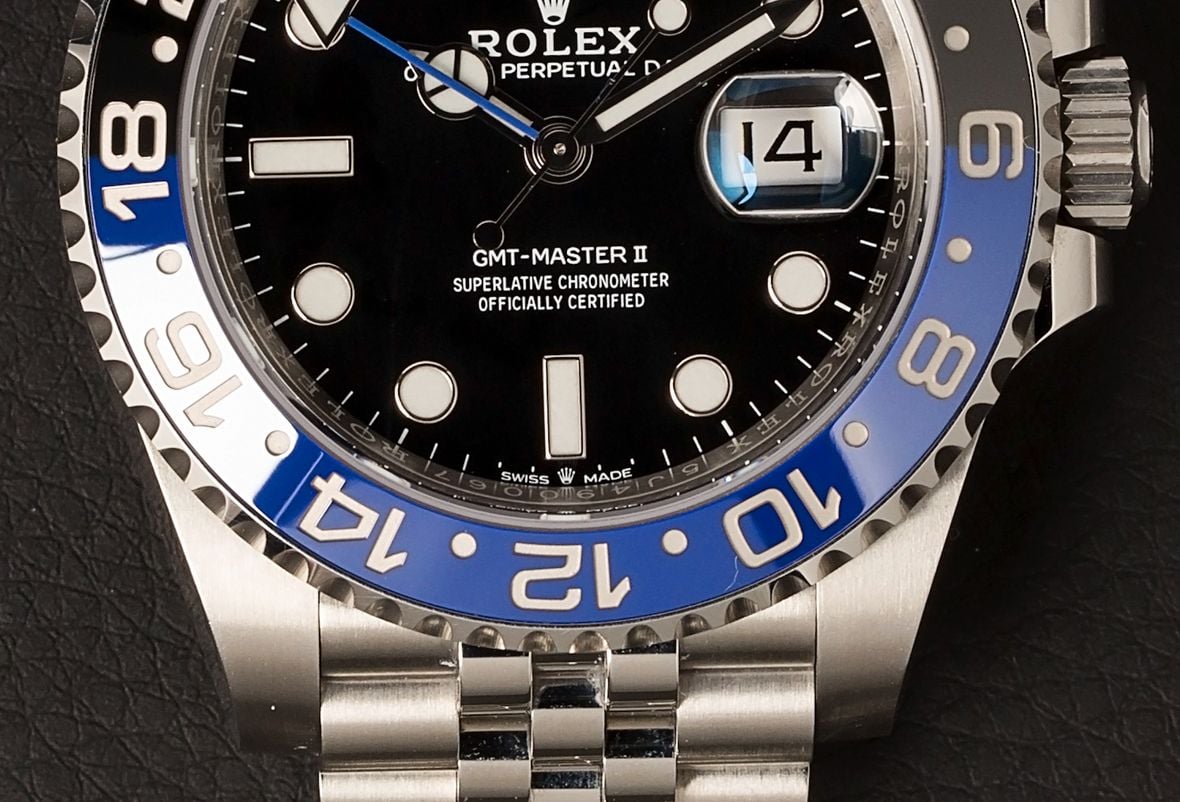 While the previous GMT-Master II ref. 116710BLNR Batman was powered by Rolex’s Caliber 3186 movement, the succeeding ref. 126710 received the Caliber 3285 – Rolex’s latest generation of in-house GMT movement that is based upon the brand’s new and improved Chronergy escapement. This new-generation movement has now completely taken over from its Cal. 31xx series predecessors and can now be found inside models from both the GMT-Master II and Explorer II collections.

Although Rolex guarantees the same timekeeping performance for the two movements (+/- 2 seconds per day), the increased efficiency provided by the Chronergy escapement allows the Caliber 3285 to have a power reserve of 70 hours – a noticeable improvement over the 48-hour power reserve offered by the Caliber 3186. Beyond a lengthier reserve, the Caliber 3285 also benefits from the use of Rolex’s Paraflex shock absorbers, which provide its oscillator with a greater degree of impact resistance.

Despite the fact that the core functionality remained largely the same, the Caliber 3285 is an entirely different movement compared to the Cal. 3186. Nearly all of its components have been redesigned and the updated Chronergy escapement found inside the Caliber 3285 promises better efficiency and represents the next generation in Rolex’s mechanical movement technologies. 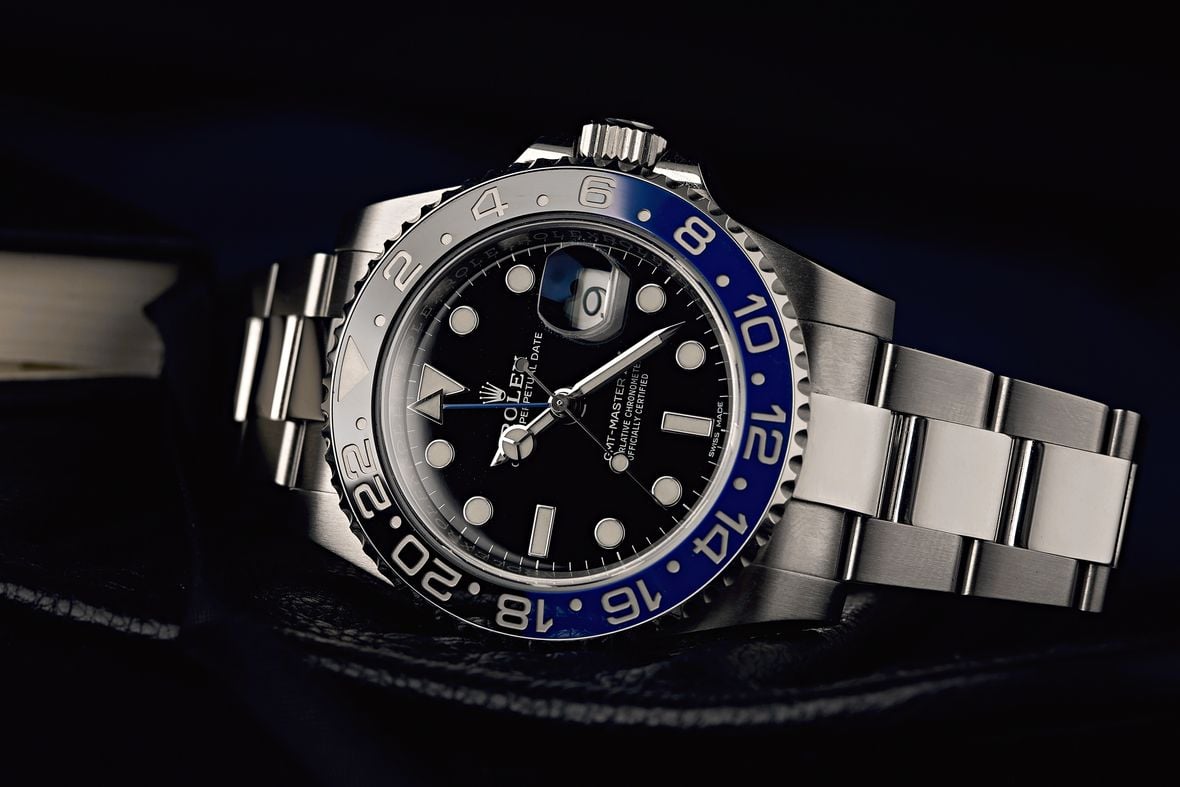 The retail price of a GMT-Master II ref. 126710BLNR with an Oyster bracelet is $9,500 while the Jubilee bracelet variant is $9,700. However, like almost all stainless steel Rolex sports watches, these BLNR GMT-Master II models sell for much higher in the secondary market.

The current open market price for a pre-owned GMT-Master II ref. 126710BLNR starts at nearly $20,000, which is impressive considering that the brand-new retail price for the watch is just under the five-figure mark. A quick math calculation will tell you that if you are lucky enough to purchase a brand-new Rolex GMT-Master II ref. 126710BLNR at retail, you can immediately turn around and sell it, doubling your money, and making a highly-respectable $10k profit in the process.

On the other hand, the now-discontinued Rolex GMT-Master II 116710BLNR can be purchased for a little less in the pre-owned market. A pre-owned GMT-Master II ref. 116710BLNR starts at around $16,500 on the secondary market. Although that’s less than a pre-owned ref. 126710BLNR, you will not have the option between Oyster and Jubilee bracelets, and this is still significantly higher than the retail price of a new GMT-Master II 126710BLNR. 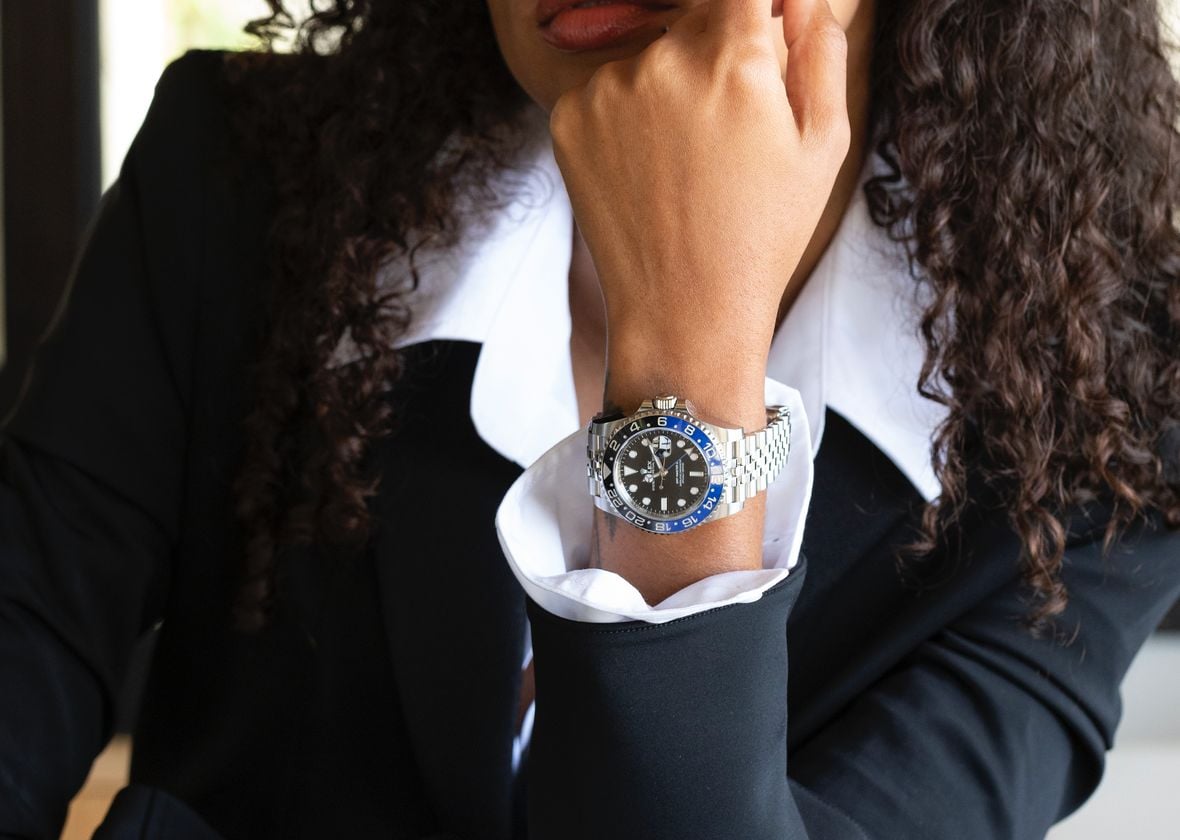 Despite being only a slightly updated version of the previous Batman GMT-Master II, the newer ref. 126710BLNR was easily the hottest watch from Baselworld 2019 and sparked lengthy waitlists at dealers the morning that it was announced – and those waitlists have only gotten longer, especially now that the model is available with either the Oyster or Jubilee bracelet.

Overall, the biggest differences between ref. 116710BLNR and ref. 126710BLNR Batman GMT-Master II watches are the movements, the bracelets fitted to them, and the prices they cost to buy on the secondary market. While the updated ref. 126710BLNR does offer an increased power reserve over its predecessor, the different aesthetic provided by the option of the Jubilee bracelet is arguably a more important factor to consider when buying a Batman/Batgirl GMT.

In the end, both BLNR GMT-Master II watches will keep time to within 2 seconds per day and include the super practical GMT function. Additionally, both the ref. 116710BLNR and the ref. 126710BLNR represent some of the most desirable and sought-after timepieces on this planet. Our advice? Simply buy the one you like best! 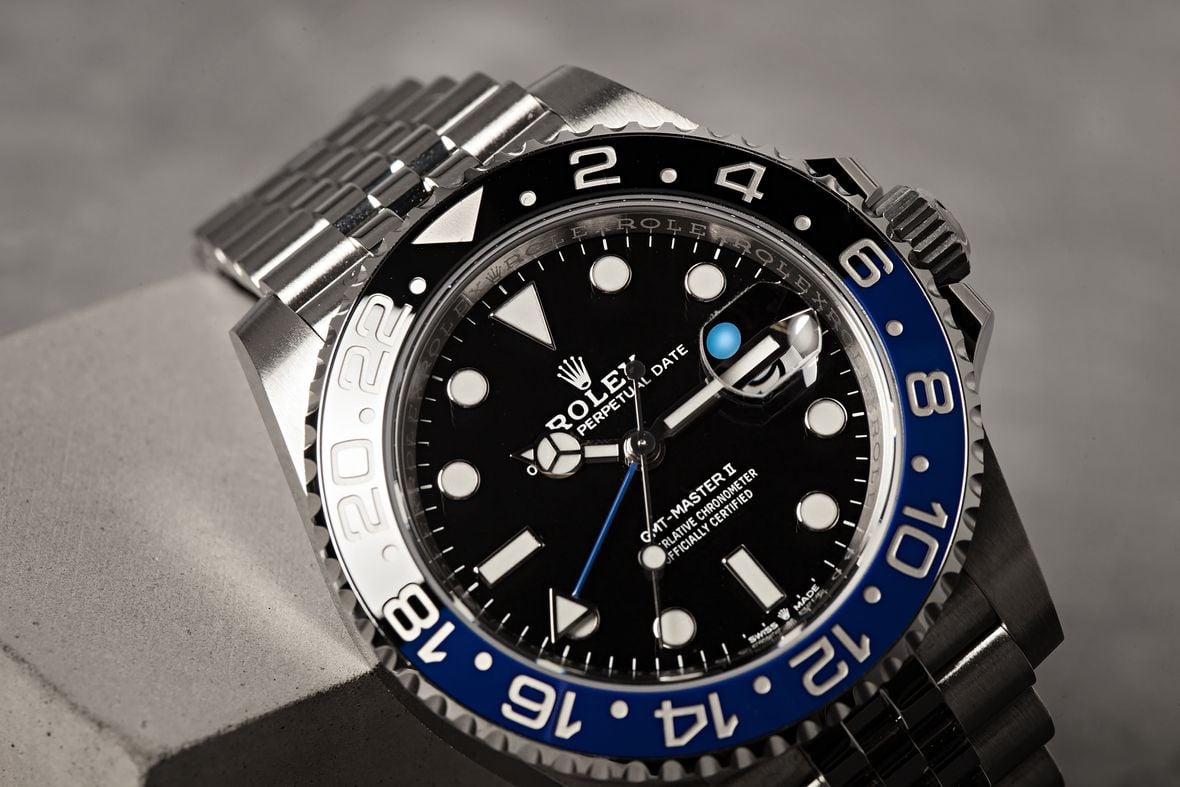