Geneva Auction Week just started and already we have seen some very impressive results. Earlier today (11/5/21), during Philipps’ Geneva Watch Auction: XIV, Lot 53 – a tropical dial Omega Speedmaster Broad Arrow Ref. 2915-1 sold for a whopping CHF 3,115,500, which converts to more than $3.4 million USD. Not only does this incredible result make this watch the most expensive Speedmaster of all time, but it also makes it the most expensive Omega watch ever sold at auction. 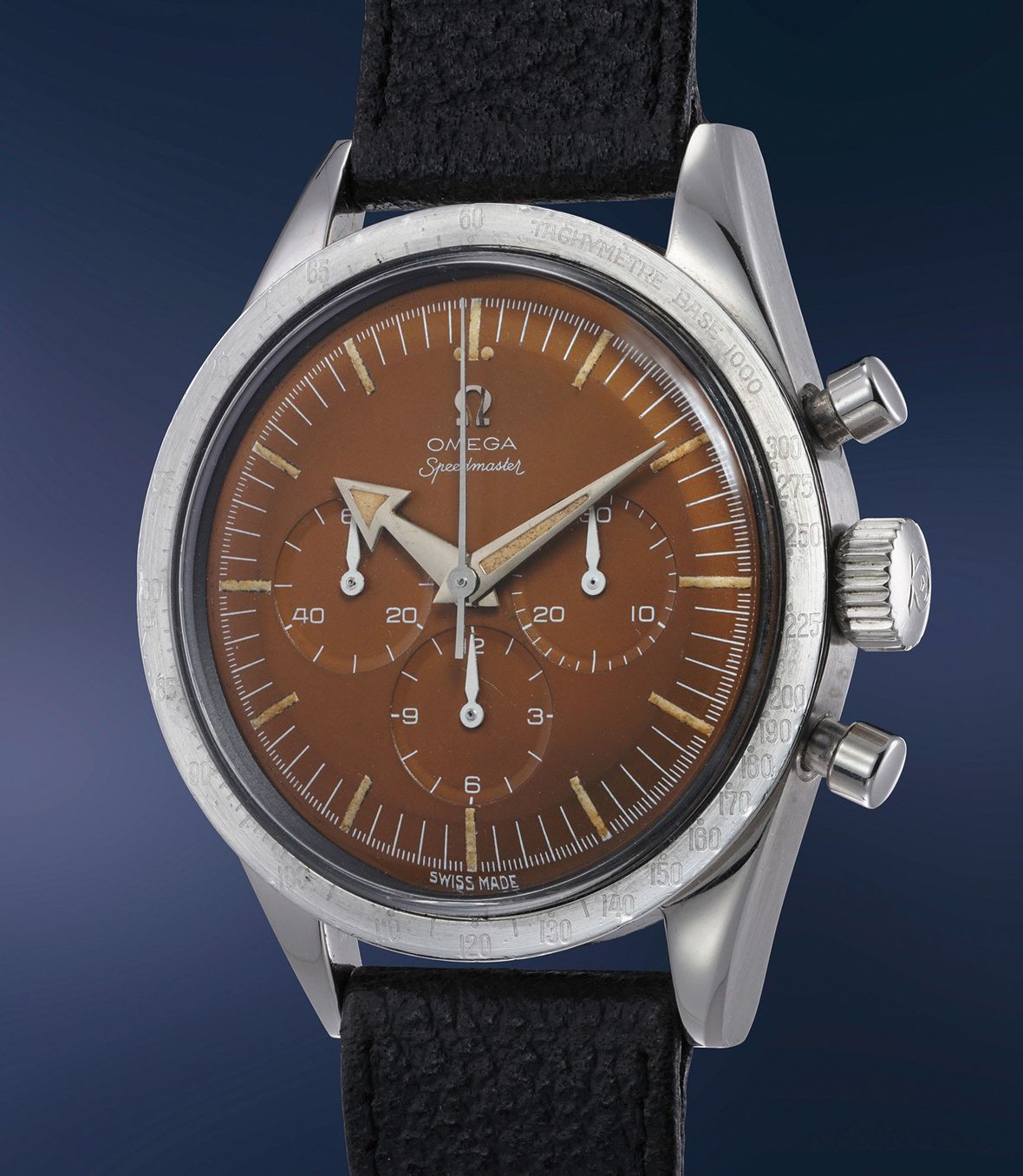 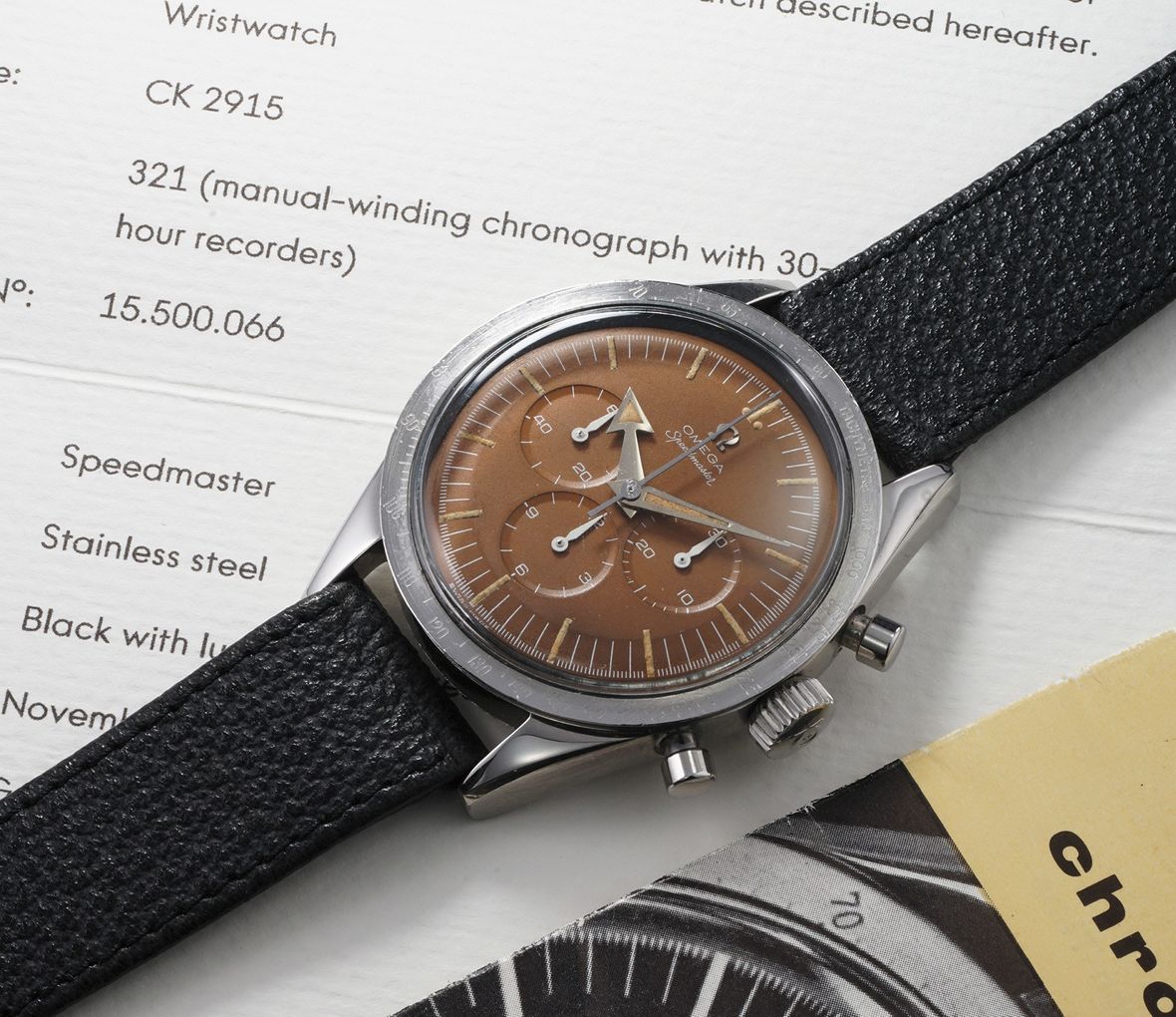 The reference CK2915-1 is the very first Omega Speedmaster watch ever created, which debuted in 1957 alongside the very first Seamaster 300 and Railmaster watches as part of Omega’s “Trilogy” of professional models. The Omega Speedmaster was the first chronograph watch to feature a tachymeter scale on the bezel (instead of the dial), making this reference an important model in wristwatch history. The ref. CK2915 (as a whole) was only in production between 1957 and 1959, with the Speedmaster CK2915-1 being the first of just three different iterations, and therefore the single most desirable and valuable vintage Speedmaster reference.

The Most Expensive Omega Watch

The overall condition of the watch in question is exceptional, with everything you would want to find on a vintage Speedmaster, such as a well-preserved case and bezel, along with perfectly matching tritium lume on the dial and hands. However, the party piece being a dial that has faded from matte black to a bright and vivid tropical brown color. Due to its exceptional condition, the watch in question was believed to exceed its rather conservative pre-sale estimate of CHF 80,000 – 120,000. However, there is probably not a single person out there that thought this would sell for more than $3.4 million and claim the title of being the most expensive Omega watch of all time. 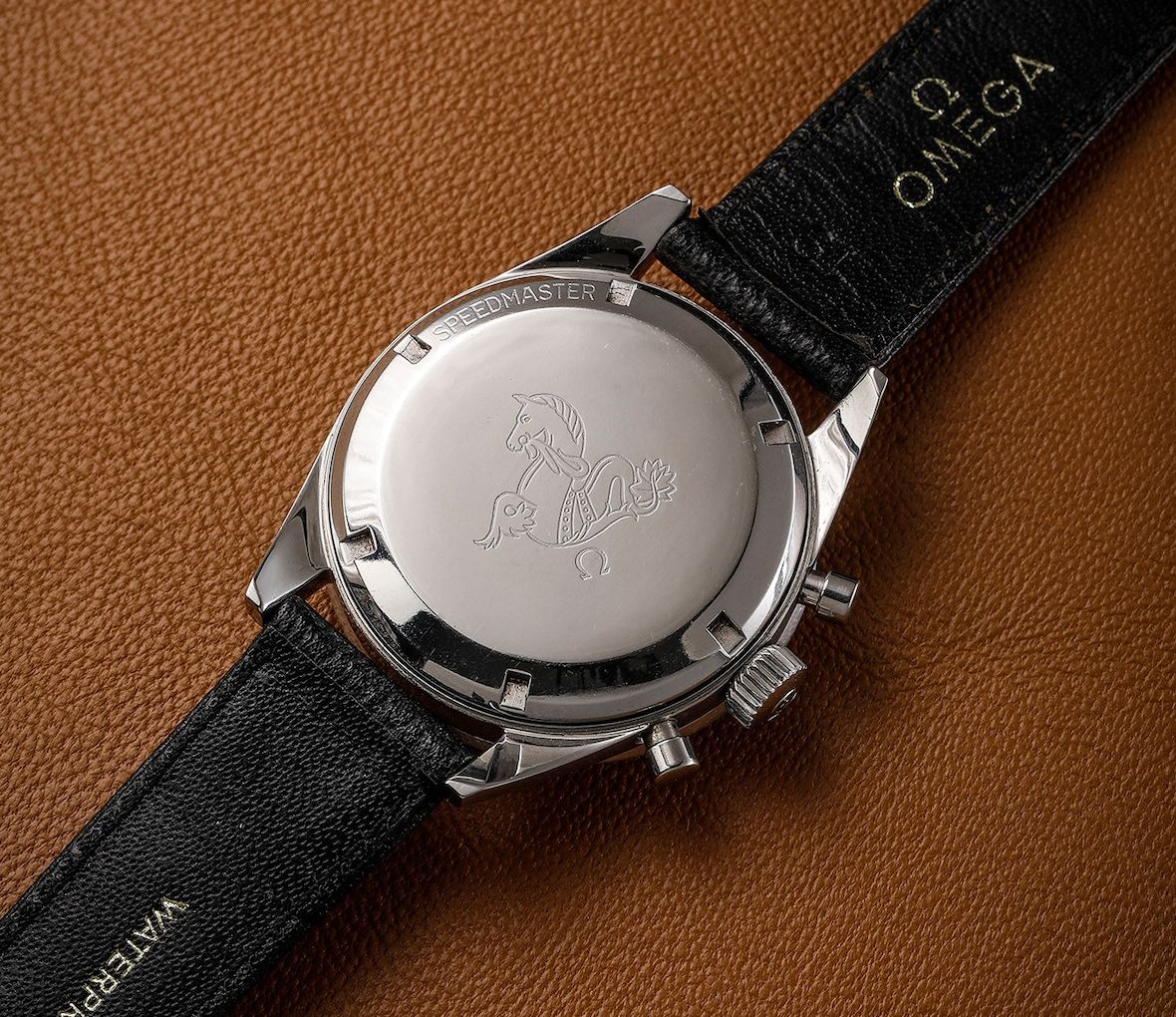 Omega watches have been picking up a lot of attention in recent years and prices have been slowly rising – particularly for early vintage Speedmaster models that feature the iconic Caliber 321 movement. However, even just a few years ago, there still existed an enormous difference in values between what a vintage Omega Speedmaster might hope to sell for at auction, versus what a vintage Rolex Daytona from the same year might achieve. However, this recent record-breaking sale may not just be an outlier, but rather an indicator of where the vintage Speedmaster market may be headed in the future.

The Omega Speedmaster has remained in continuous production since it was first introduced in 1957, but the number of models with Cal. 321 movements represent only a tiny fraction of the total number of vintage Speedmaster watches in existence – and the number of examples of the ref. CK2915-1 is a further fraction of that. Compared to many other vintage timepieces that get called “rare” these days, a well-preserved Omega Speedmaster CK2915-1 is legitimately rare. Today’s record-breaking auction results seem to confirm that this is no longer a secret for collectors in the know, and the vintage Speedmaster market may soon see the rise in prices that many have anticipated for a number of years.

*All photographs courtesy of Phillips