Many areas of functional design have their iconic classics – items that (for whatever reason), have become so famous they have gone beyond their original purpose and become widely celebrated works of art. With cars, you could look at the Porsche 911, the Jaguar E-Type, or the Ferrari F40. The world of aviation has given us the Spitfire, the SR-71, and the Concorde. In horology, there are a huge number of luxury watches that fit the description. They might not be the subject of a poster on a schoolboy’s bedroom wall, but through a combination of styling, legacy, and the occasional fortunate association, they have become highly influential and extremely desirable. Below we have picked out five of the most iconic luxury watches of all time. 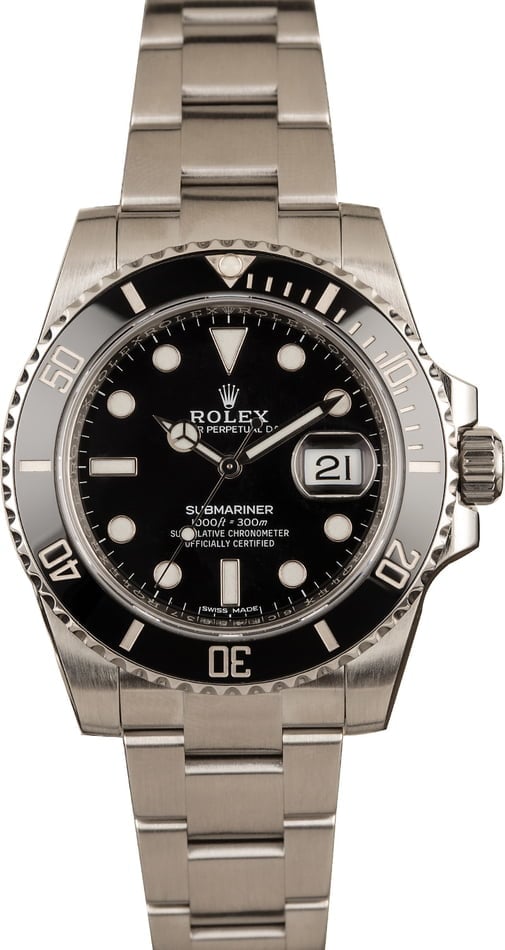 The world’s favorite dive watch could very well be the timepiece for which the term ‘iconic’ was invented. It started life in 1953 as the first of its type to be waterproof to 100m, thanks to Rolex’s fabled Oyster case and their patented screw-in crown system. Initially marketed as the sports model to beat them all, it quickly evolved into the ultimate status symbol, via a number of outings on the wrist of Sean Connery’s 007. As celebrity endorsements went, James Bond was unbeatable. The current model has sacrificed the previous generations’ lithe bodywork for some extra bulk to give just a little more wrist presence; however, it remains an absolute essential for any serious collector, of Rolex or otherwise. 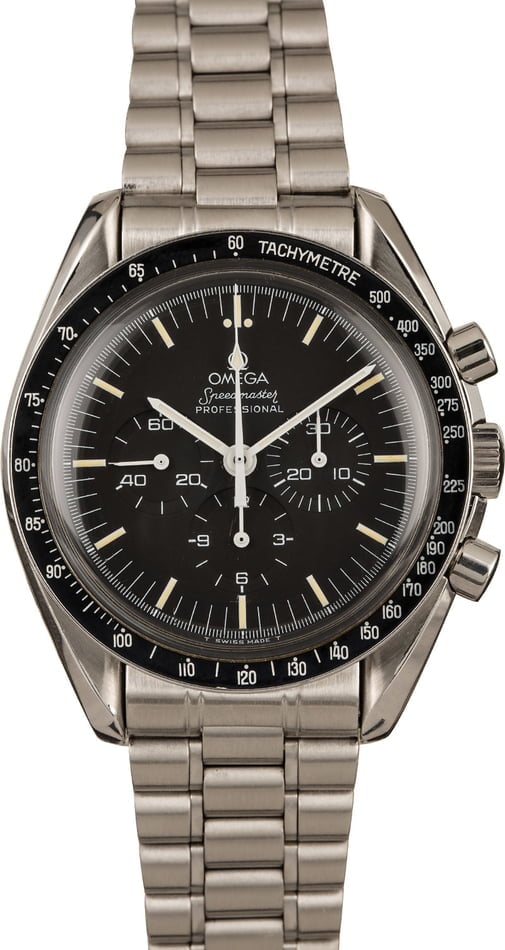 The Omega Speedmaster (affectionately known to collectors of luxury watches as “the Speedy”) would always have been a standout. The first chronograph to have its tachymeter scale on the bezel rather than the dial, so freeing up precious room, it brought with it a new degree of legibility to the field. However, the watch originally intended for the racetrack got a stratospheric image boost when in 1965, when it was the only one to survive the harrowing barrage of tests dreamt up by NASA as they hunted for their official standard-issue timepiece. Four years later, it’s legend was secured as Buzz Aldrin stepped off the lunar lander with his ref. 105.012 strapped to his arm, making the Speedmaster the first watch worn on the surface of the moon. Since then, the internals may have been incrementally updated, but the aesthetics have remained a constant – still one of the most beloved visuals in modern horology.

The leading choice in luxury watches for the world’s privileged few, the Day-Date stands at the pinnacle of Rolex’s extensive collection. Released in 1955, it took over flagship duties from the similarly lauded Datejust, pipping it with its one extra complication (the first wristwatch to have both the date and the day of the week spelled out in full), as well as it’s shamelessly elitist choice of metals – you won’t find a hint of steel anywhere in the lineup, only the three flavors of gold along with the finest of them all; platinum. Somewhere along the way it picked up the nickname The President, either from its eponymous bracelet or else its long connection with the great and the good, no one seems too sure. As far as unofficial monikers go, the Day-Date’s ‘President’ nickname couldn’t be more fitting. Whether in business, entertainment, or the arts, no other luxury watches say ‘I’ve made it’ quite as loudly as the Rolex Day-Date. 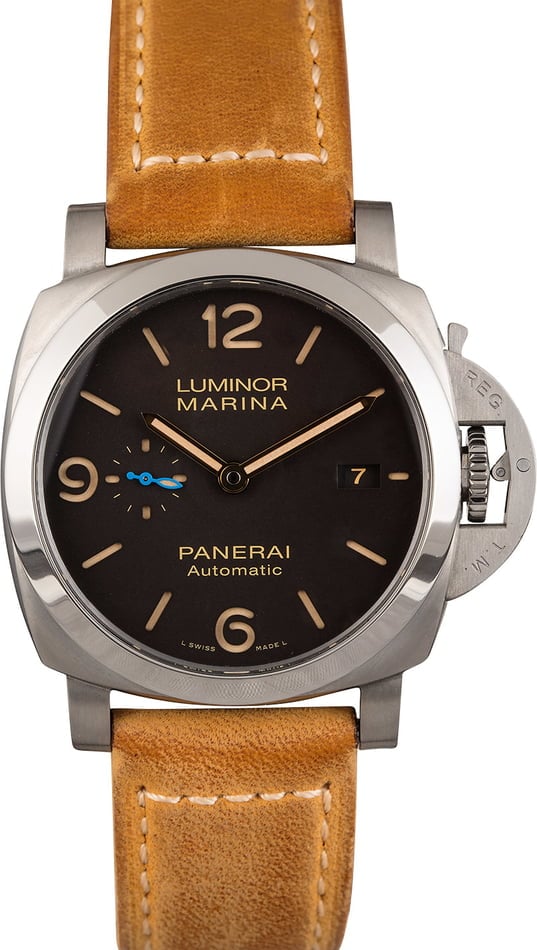 In horology, there are few silhouettes more instantly identifiable than the Panerai Luminor. That imposing, squared cushion-shaped case with the huge lever-operated, crown protecting bridge is among the most quintessential designs in the industry. Incredibly, although Panerai had been supplying military forces since the middle of the 20th century, they didn’t reach the public until as recently as 1993. After a modest start to civilian life, the Luminor (and the company as a whole) had its fortunes transformed when the watch’s distinctive contours caught the eye of one Sylvester Stallone during filming in Italy. Today, the Luminor range covers an extraordinary number of different models, and the fan base (the celebrated Paneristi) are known as perhaps the most fervent brand supporters of them all. A more acquired taste than some on our list, and not a watch for the timid wallflower, the Panerai Luminor is still a landmark achievement. 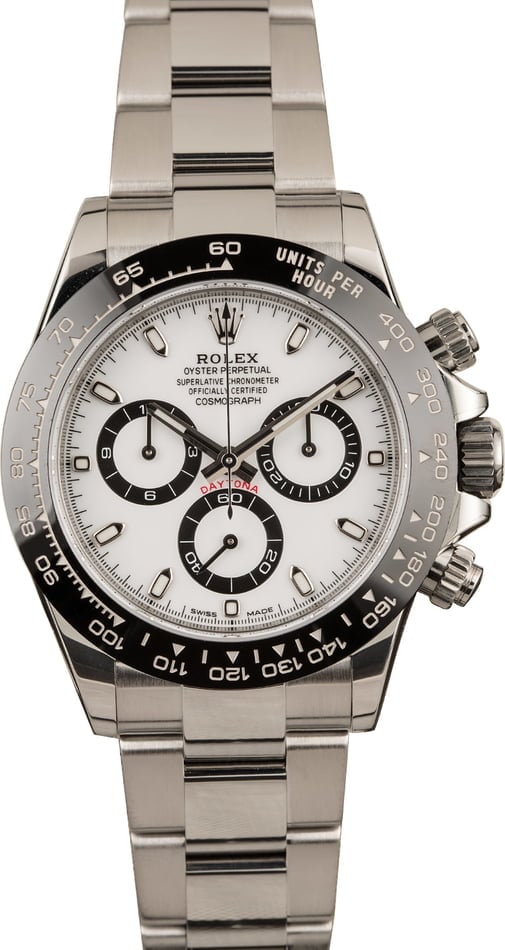 In the battle of the ultimate chronographs, there is the Omega Speedmaster and the Rolex Daytona. However, it is only in more recent years that it has become any sort of a contest. For the first 25-years or so of the Daytona’s life, it was an unmitigated sales disaster. Originally launched in 1963, it wouldn’t be until the second generation took the stage in 1988 that the watch received its first automatic movement, revolutionizing its appeal and starting it on its journey towards its current status as one of the most important luxury watches of the modern era.

These days, getting your hands on a steel version through an Authorized Dealer is pretty much out of the question without wading through an extensive multi-year waiting list. Beautifully put together and powered by possibly the best mass-produced chronograph movement ever made, the Rolex Daytona is now just about the only racer’s watch that is able to compete with the Speedy’s illustrious charms. Throw in a frenzied interest in vintage pieces from the past – the same ones Rolex couldn’t so much as give away at the time – and you have an undeniably iconic classic from the world’s leading watchmaker.