2,000 Excuses to Dive with A Great White

The Sea-Dweller came to fruition to meet the need for a diving watch that could withstand plunging to extreme underwater depths while handling the necessary decompression process post dives. The premier commercial diving company at the time, Compagnie Maritime d’Expertises (COMEX), collaborated with Rolex to create such a watch for their deep-sea divers. 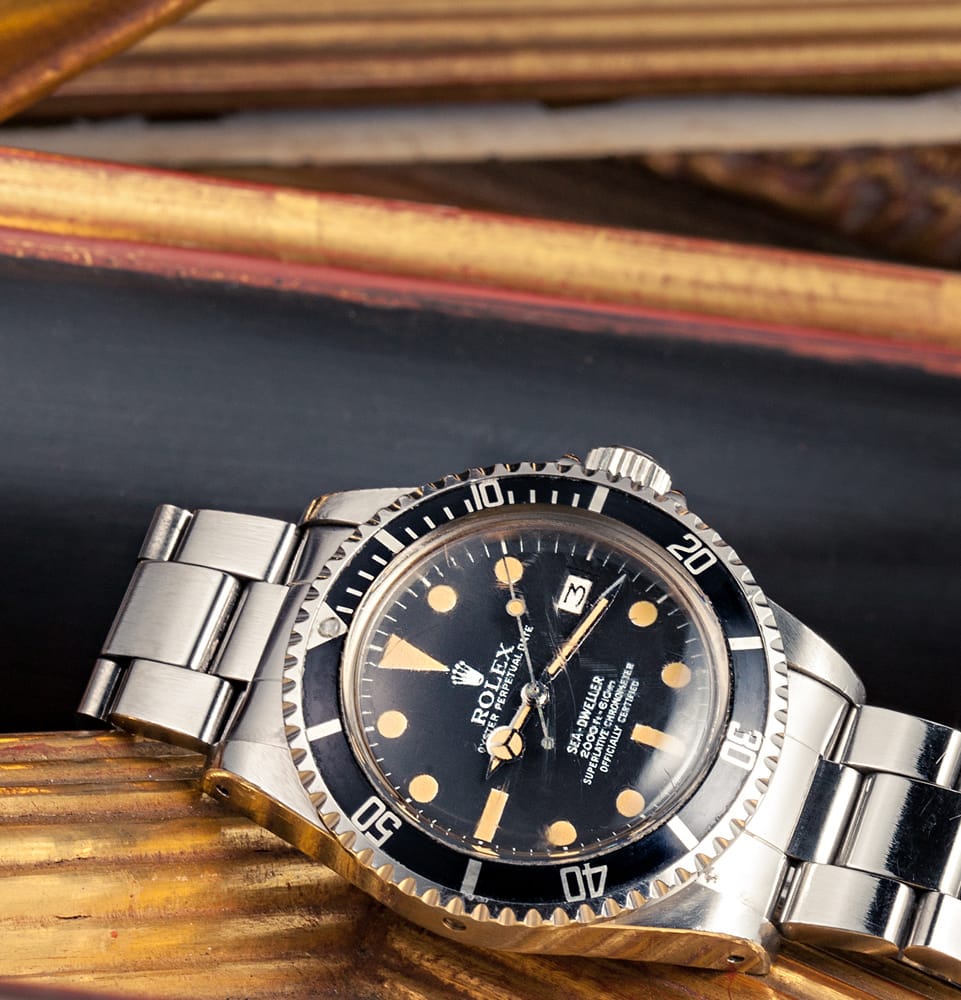 While working with COMEX, the Sea-Dweller 1665 “Great White” was launched.

Divers who venture down to the very deep must breathe a special mix of artificial gases including helium, and then undergo a lengthy decompression period in hyperbaric chambers to safely eliminate those gasses before resurfacing to avoid injury, and in some cases death. Similarly, a watch exposed to helium must also decompress to avoid bursting due to the differences between internal and external pressure levels. To address this, Rolex invented and patented the Helium Escape Valve to allow the gas to escape from the timepiece safely without disturbing its waterproofness. 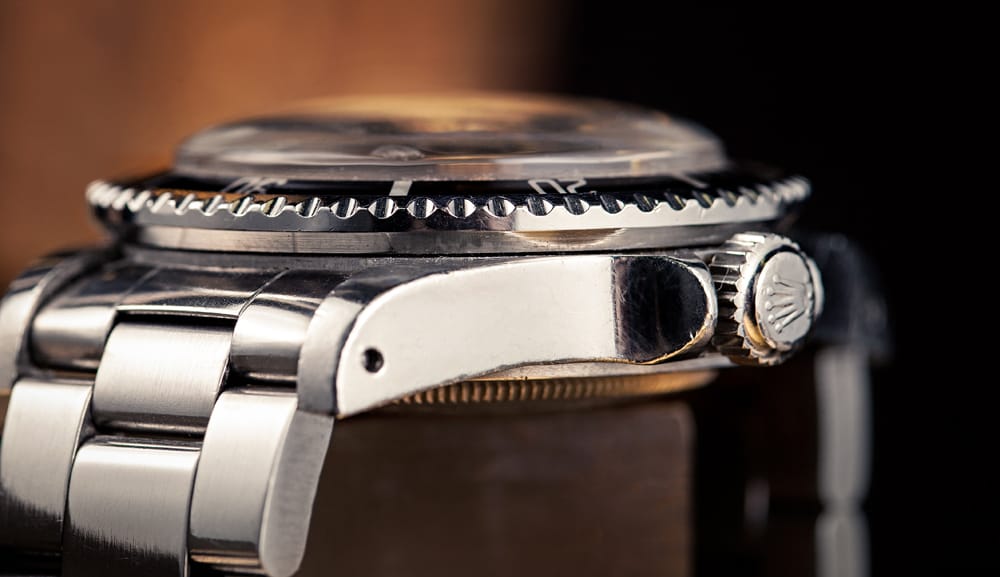 The first batch of watches COMEX received were actually modified versions of the Rolex Submariner ref. 5513 outfitted with the Helium Escape Valve and were not available for the general public. After they were deemed great enough to tolerate the rigorous needs of professional deep-sea divers, Rolex green-lighted its commercial production and introduced the Sea-Dweller 1665 with the Helium Escape Valve to their retail stores in 1967. 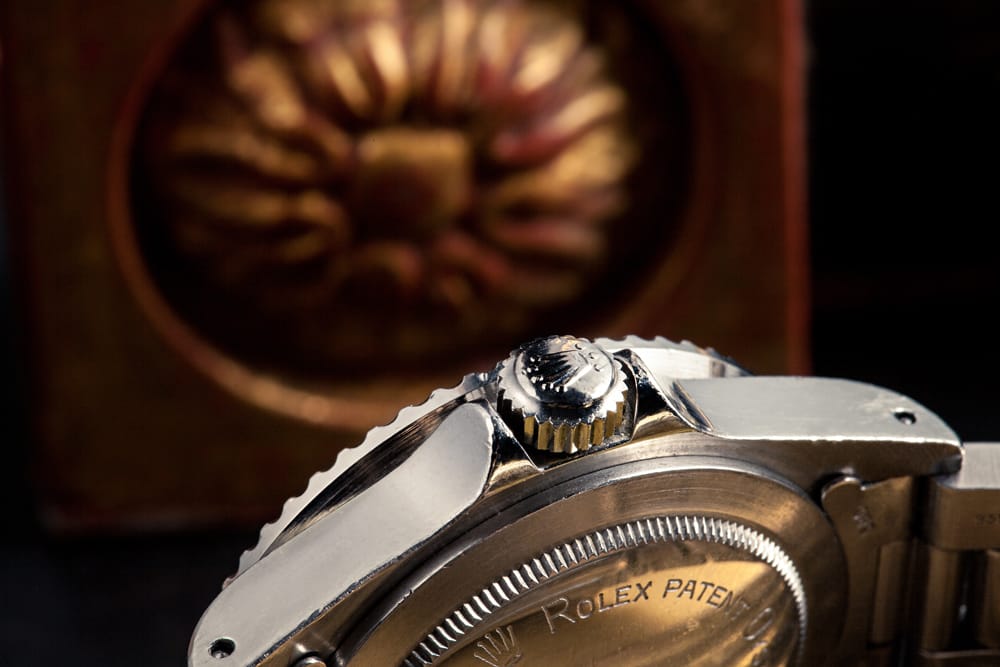 The first models of the Sea-Dweller 1665 were waterproof to an unprecedented 2,000 feet, which was prominently noted on the dial with two lines of red text that said, “Sea-Dweller” followed by “Submariner 2000”. These particular Sea-Dweller models are referred to as the Double Red Sea-Dwellers, or DRSD. The DRSD enjoyed a production run of about a decade and in 1977 Rolex introduced a new Sea-Dweller model.

Although it kept the same reference number, ref. 1665, the new Sea-Dweller had a couple of notable aesthetic differences from its predecessors. Firstly, the label “Submariner 2000” was dropped from the dial, signaling that the Sea-Dweller was a collection that could stand on its own. And secondly, the characteristic red text on the dial had now been replaced with an all-white font across the four lines of text, explaining why the piece has gained the nickname the “Great White”. The engraving on the caseback was also modified slightly where the Rolex logo was placed in a circular fashion rather than across the caseback as it was on the Double Red Sea-Dwellers. 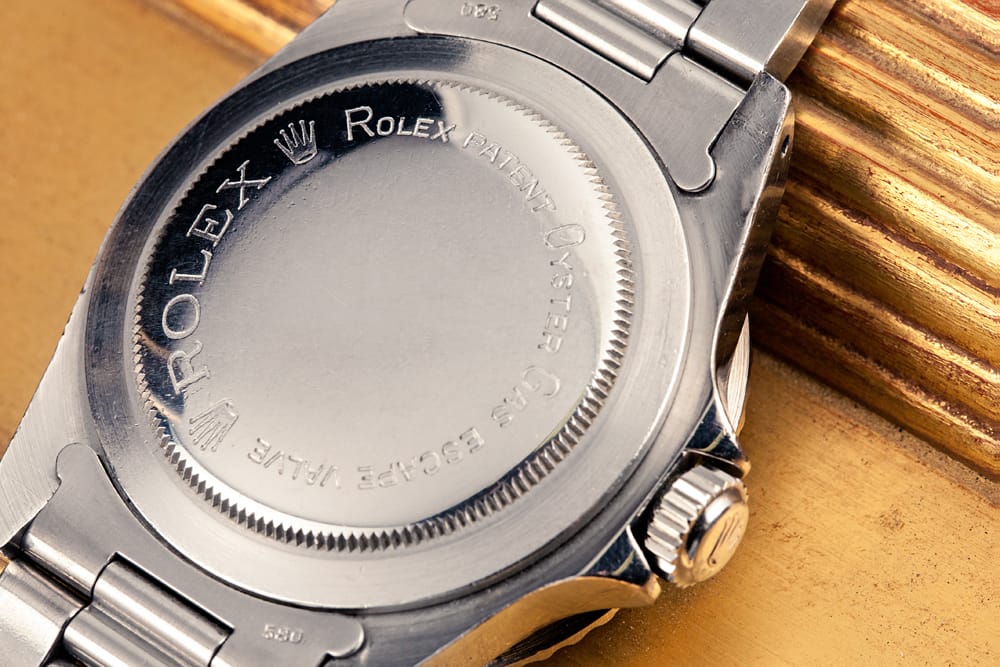 Throughout its 5-year manufacture run, the Great White had several distinct dial variations – differentiated as Mark 0 through Mark IV by today’s collectors – including the rarer “Rail Dial”. The Great White Rail Dial is distinguished by the letter “C” in the word “Chronometer” on the third line lining up perfectly with the letter “C” in the word “Certified” on the fourth line. Yes, a small and perhaps unimportant detail to the unknowing, yet an exciting occurrence to come across for a serious Rolex collector.

The production of the Sea-Dweller came to an end in 2008. Yet, because of its groundbreaking Helium Escape Valve, it continues to be a legendary symbol of what can be achieved when pushing the boundaries of watchmaking.