Celebrating its 25th anniversary in 2018, the Royal Oak Offshore from Audemars Piguet has seen innumerable iterations hit the market by now. Different dials, materials, and complications are abound, and many have become quite desirable within the collecting community. Whether through unique partnerships in racing, or the brand’s designers experimenting with new materials, there have been some fantastic Offshore models to hit the market throughout the years.

Depending on the model, sometimes these releases are incredibly scarce—especially in the case of some of the special boutique editions that were often limited to as few as 50 pieces. Rather than focus on those rare birds, we’ve selected another trio of unique Offshore models that have been on our minds since their launch. 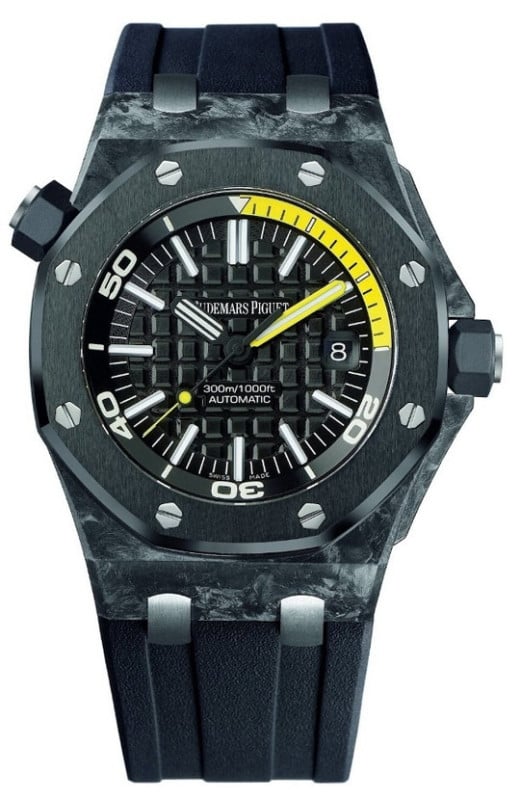 First unveiled in 2009 as a chronograph and 2012 as a 3-hand Offshore Diver, Audemars Piguet was effectively the first major player in the luxury watch industry to play with forged carbon for its casing. These new cases are both light and durable, alongside providing a stealthy blacked-out look without the pitfalls that come with DLC or PVD coatings. In both cases, these watches feature a ceramic bezel and bold contrasting yellow accents on their dials and hands. Of the two variants the 42mm diver is the more understated of the duo, as its yellow accents are more tool-focused. Its inner rotating bezel is highlighted in yellow through the first 15 of its 60 minutes, as is its broad minute hand. Originally retailing for $27,500, the watch wasn’t produced as a limited edition, however it has since been discontinued. Depending on condition, examples seem to be trading hands in the range of $18-$22,000. 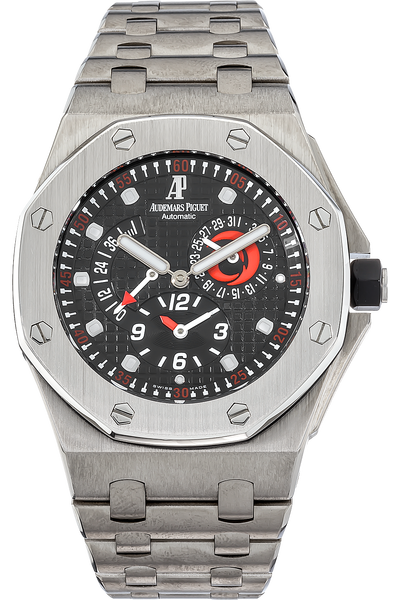 As part of their sponsorship of the competitive sailing team Alinghi, the design team at Audemars Piguet created a fantastic limited-edition Offshore in 2003. The black dialed piece with red accents features a dual time complication, as well as a date and power reserve indication, and all told its design is appealing enough to draw attention from those to little or no care for the world of sailing. The Alinghi’s case and bracelet is crafted of titanium, and measures 42mm across, making it a relative lightweight when compared to other steel or gold Offshore models. Limited to 1,000 pieces worldwide, these watches don’t hit the market too often, however they aren’t impossible to track down. Alongside this model, regatta timer cased in either gold, carbon, or platinum, as well as a steel-cased chronograph were offered during the span of the Audemars Piguet/Alinghi partnership, however this dual time model is still the hero-piece of the collection. 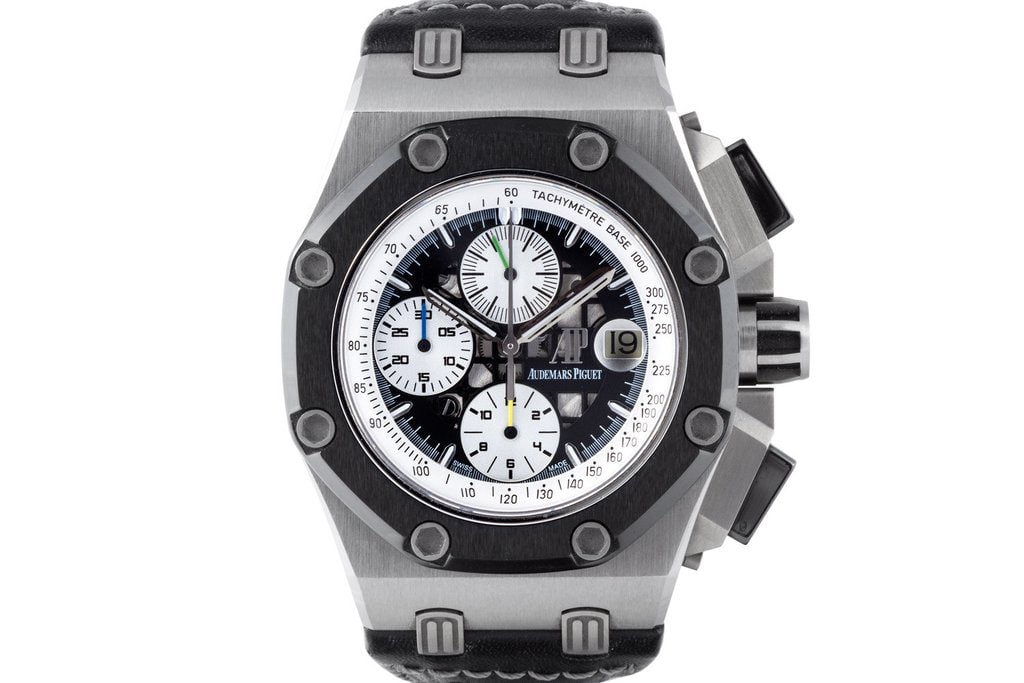 Definitely one of the more hefty AP watches out there, the Reubens Barrichello II was launched in 2006 in tribute to the famed Formula One driver. Though technically its case diameter is also 42mm, the oversized design of its pushers, crown, and crown guards give the piece some serious visual heft. Rather than the typical tapisserie dial seen on your conventional Royal Oak and Offshore models, this model features a cutaway pattern that exposes part of its self-winding calibre 2326/2840. As a clever nod to Barrichello’s Brazilian roots, the hands of each of its subdials are finished in green, blue, and yellow. Its pushers and bezel are finished in black ceramic. While it’s not the kind of thing that will appeal to those interested in more compact watches like the A-Series Royal Oak, in AP collecting communities this beast of a watch is often touted as one of the top 15 iconic Royal Oaks of all time. Unlike the other contenders mentioned above, the RBII’s can still fetch upwards of $40-$50k in the open market depending on overall condition.