During the 1950s, two highly renowned names in luxury goods paired up to offer co-branded merchandise to their discerning clientele. These two companies were Rolex and Tiffany & Co. and the relationship lasted around three decades. Rolex watches that were retailed at Tiffany & Co. stores would often bear the jeweler’s logo on the face of the watch and today these pieces are highly coveted by watch collectors and vintage aficionados for their exclusivity and little piece of history. Here we have three fantastic examples of vintage dual-branded Rolex watches: a GMT-Master “Pepsi” 16700, a yellow gold Submariner 1680/8, and a stainless steel Submariner 1680. 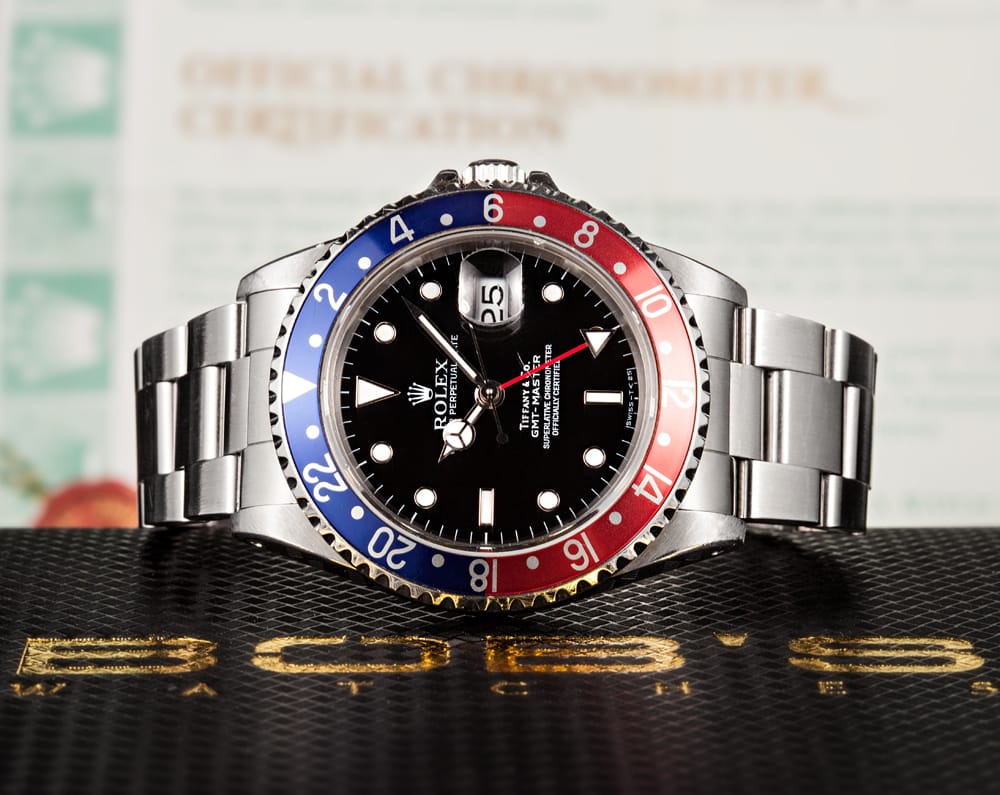 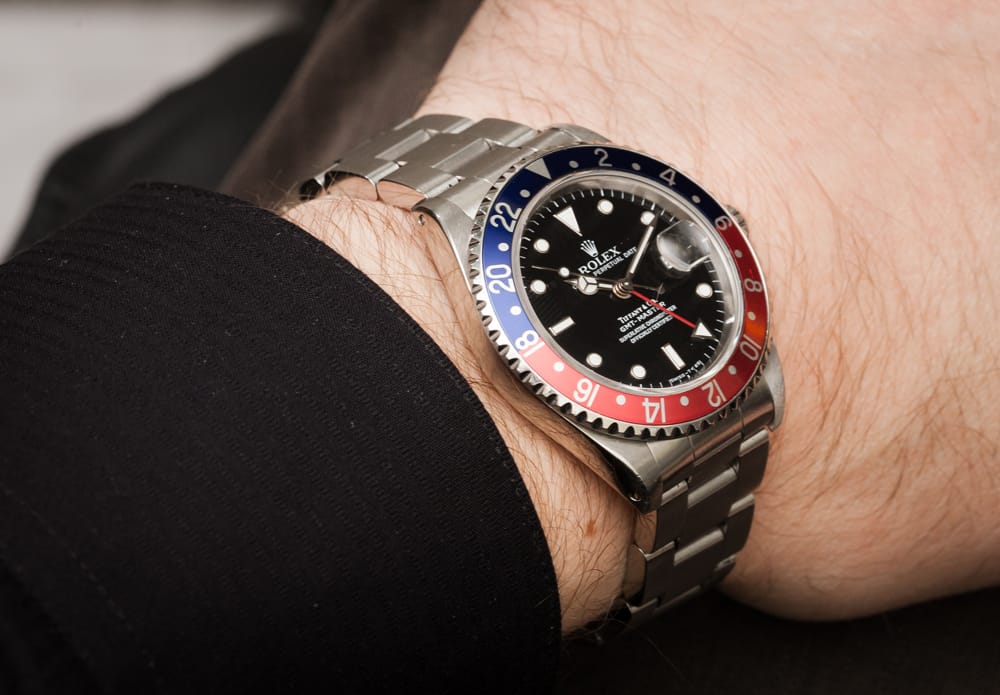 This particular GMT-Master 16700 has the famous red and blue “Pepsi” bezel and on its black dial the “Tiffany & Co.” stamp. Like all ref. 16700 watches, it is crafted from stainless steel and its papers show that it was purchased in 1992 from a Tiffany & Co. boutique. 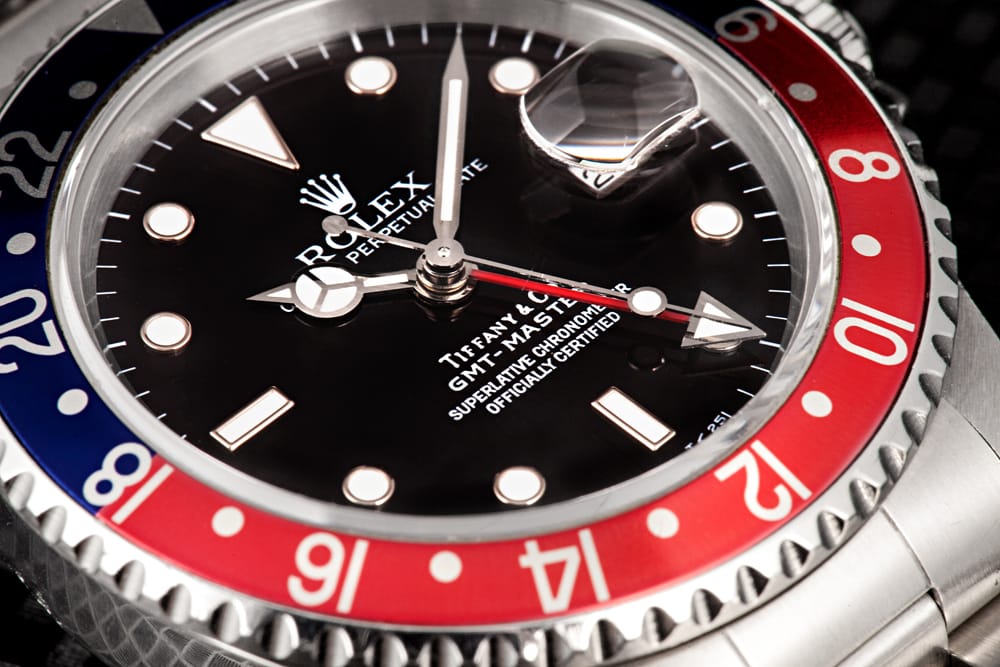 Crafted in a stainless steel cause this Tiffany & Co print on the dial makes it more valuable.

The Rolex Submariner 1680 surfaced to the scene in 1966 and was manufactured until the late 1970s. It was a landmark reference within the Submariner diving watch collection as it was the very first reference to be equipped with the date window and subsequently, the acrylic glass was fixed with the Cyclops lens for date magnification. 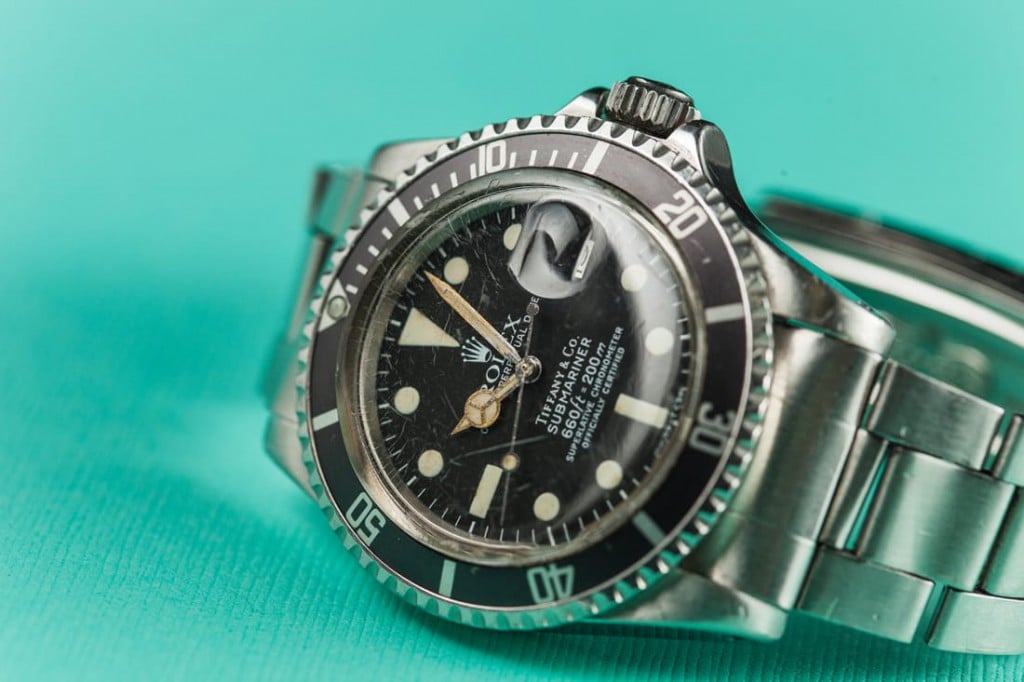 The text on the dial of the Sub 1680 was modified a few times during its production, most notably the “SUBMARINER” label went from red to white and the reversal of the feet and meters measurements. This particular vintage Submariner 1680 has the all-white writing, the 660ft written before the 200m water depth indications, and the Tiffany & Co. logo. Being a later version of the 1680, this Submariner is equipped with the Triplock waterproofness system rather than the Twinlock one found in earlier models of the same reference. 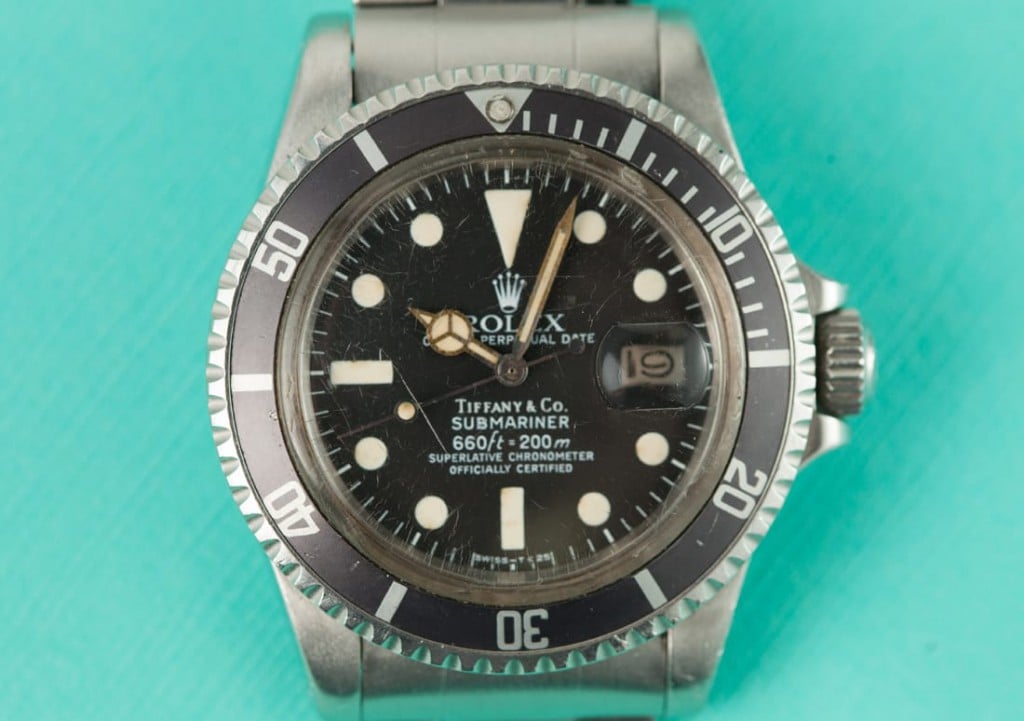 Submariner 1680 has the all-white writing.

Shortly after the stainless steel version of the 1680 was released, Rolex presented a yellow gold version of the same diver’s watch with the reference 1680/8. Since the Rolex 1680/8 was the first Submariner offered in full yellow gold, to mark the occasion, each yellow gold piece came with a little gold anchor attached to the watch labeled with “200” on one side and “660” on the other side denoting its water depth resistance. 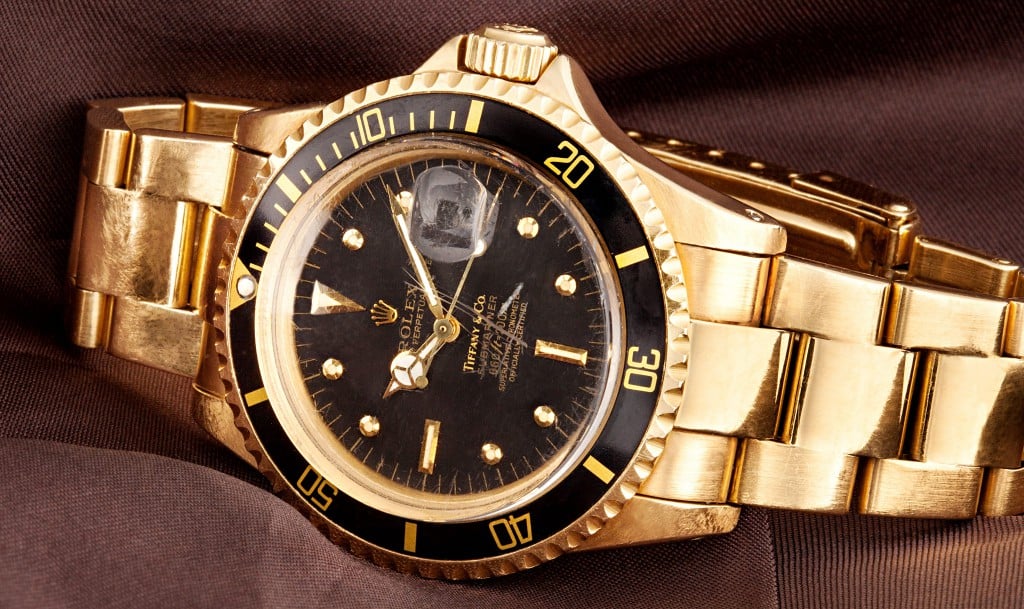 This particular Sub 1680/8 features the black dial with gold hour markers commonly referred to as the “nipple dial” and has gold text including the “Tiffany & Co.” logo. The crystal is quite scratched up because this watch is pre-sapphire crystal, which is much more scratch resistant than this acrylic crystal.

Vintage Rolex watches are always special in their own right, but when they feature watches with the Tiffany & Co. logo, it just makes them even more distinct and exciting.