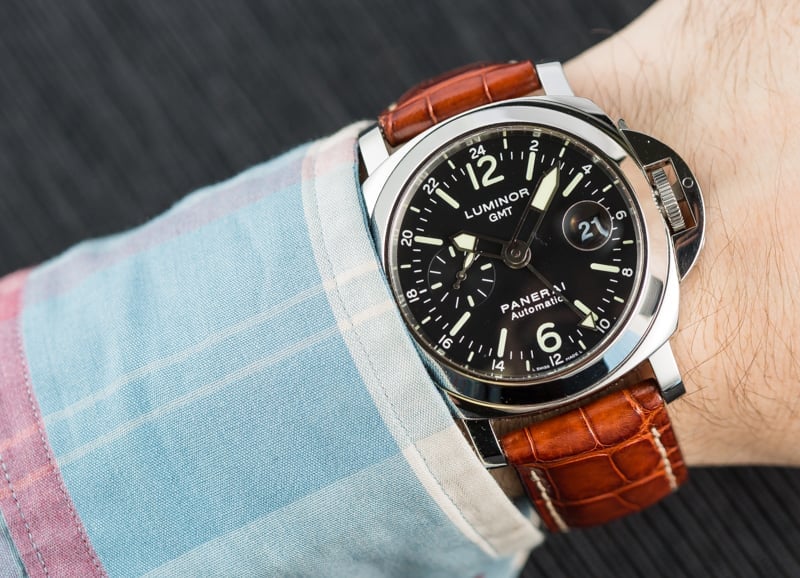 A rare and mysterious Panerai watch

Nicknamed the “Ghost” due to it being absent from any Panerai literature, the PAM00237 is an elusive model indeed. It’s speculated that the Panerai Luminor GMT “Ghost” was designed for none other than celebrity superstar, Brad Pitt. That notion isn’t unrealistic since Brad Pitt is a big fan of the brand and often seen sporting a Panerai Radiomir or Luminor on his wrist. Furthermore, Panerai has created exclusive short-run timepieces for their high-profile clients in the past. Limited to only 400 pieces, the PAM00237 is a super rare Panerai watch.

The Panerai Luminor GMT “Ghost” is almost the same as the PAM00088 except for one detail. On the Panerai PAM00088 the small seconds subsidiary dial is silver, while on the PAM00237 it’s black. Thus, the register at 9 o’clock on the Panerai “Ghost” models blends into the black color of the main dial.

Seeing as the Panerai company began its history as a diving watch for the Italian Royal Navy, dial legibility, especially in the dark, was very important. So the large dial, coupled with the big luminescent indexes, Arabic numerals, and hands are characteristic of Panerai watches. Built to withstand diving depths, the Panerai Luminor is water resistant to 1,000 feet (300 meters). 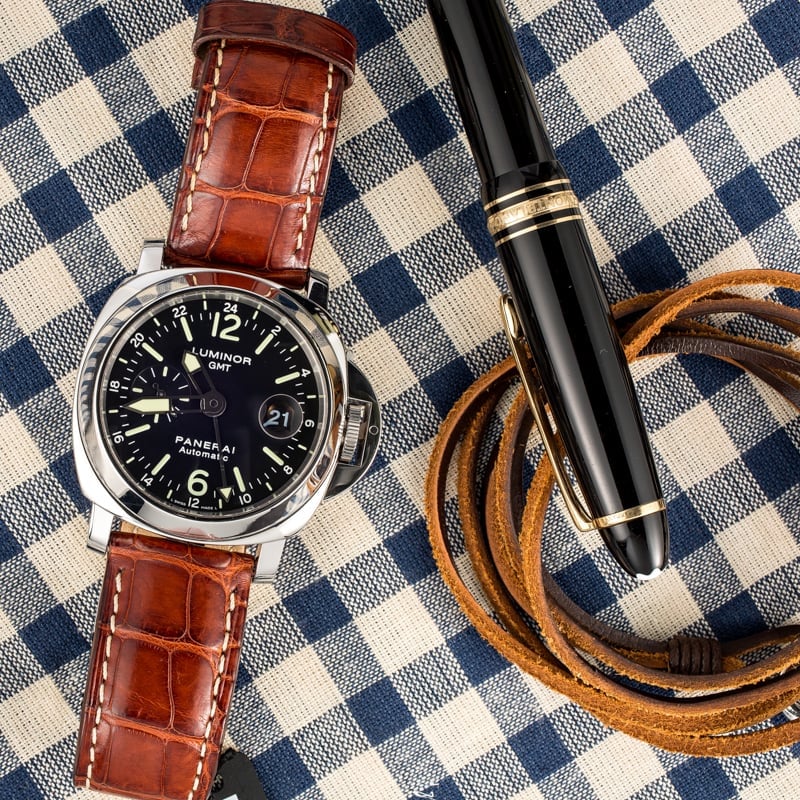 This particular Panerai Luminor GMT “Ghost” is numbered 172 out of the 400 models. It features a 44mm stainless steel case and typical smooth domed bezel. Since it’s a Luminor model, guarding the winding crown is the iconic protective shield. The crown shield is opened via a lever, allowing the wearer to turn the winding crown and when it’s closed, it renders the watch watertight. The exaggerated crown guard- referred to as a drawbridge by Panerai – is exclusive to the Luminor model. And because this is a GMT watch, the Panerai Luminor PAM00237 indicates two separate time zones simultaneously. The 24-hour hand, or GMT-hand, points to the 24-hour scale on the outer perimeter of the dial to keep track of a second time zone. Adding to the practicality of this Panerai is the date window at 3 o’clock.

It’s rare that we come across someone looking to sell a Panerai watch like this one, which is understandable considering their desirability. 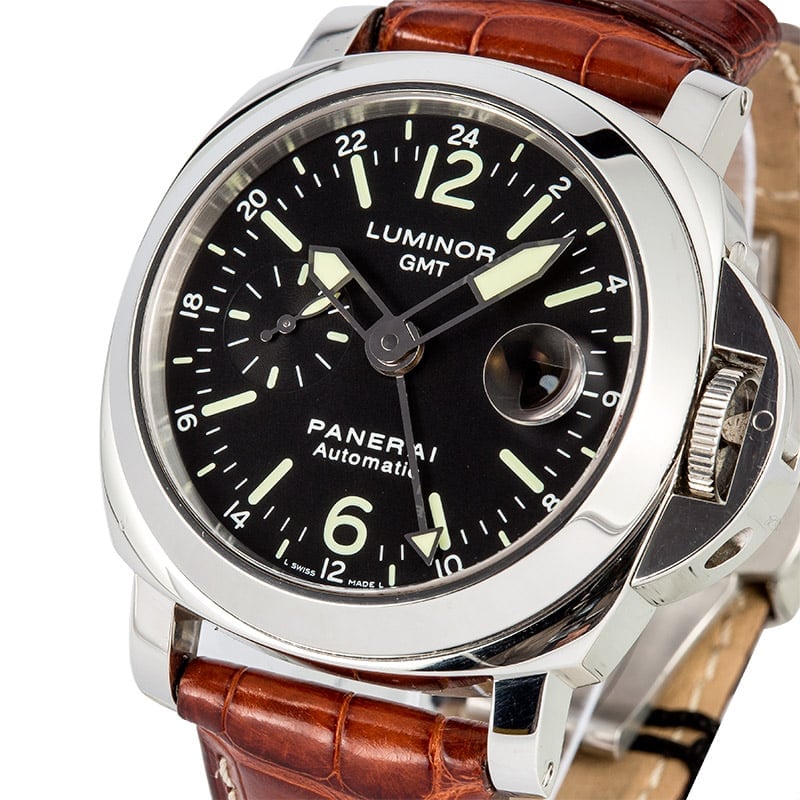 Powering the Luminor GMT “Ghost” is the Panerai OP VIII COSC-certified caliber with 42 hours of power-reserve. On the PAM00237 is a great looking brown alligator strap with white stitching. For optimal security and comfort, the strap features a stainless steel butterfly deployant clasp.

A Panerai Luminor GMT is already a fantastic watch, however, that, in addition to its limited edition status, mysterious origins, and a potential Brad Pitt connection, makes the PAM00237 “Ghost” Panerai watch a hot collector’s item.