In our last installment of our Key Vintage Rolex Sports Models series, we explore the elusive Daytona ref. 6262. If you haven’t done so already, we encourage you to read the other parts of the series focusing on the GMT-Master ref. 1675, Submariner ref. 1680, Submariner ref. 5512, and Daytona Paul Newman ref. 6239. 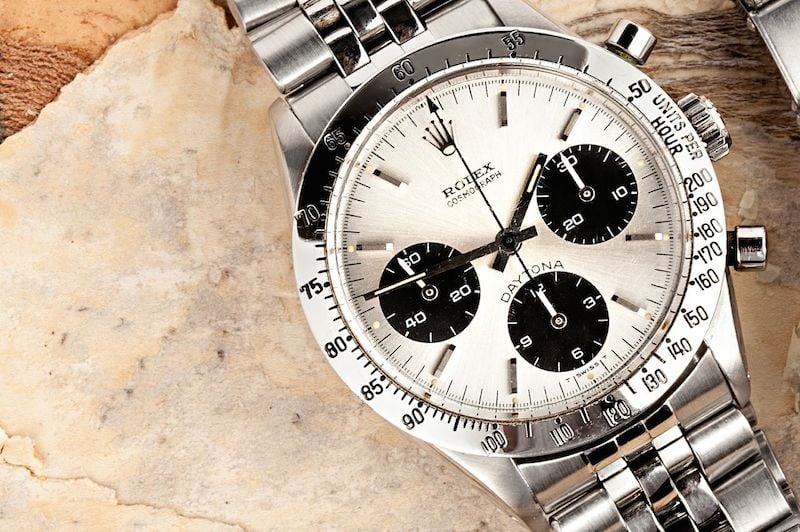 A Vintage Rolex Daytona ref. 6262 has a few reasons why it is an amazing watch. 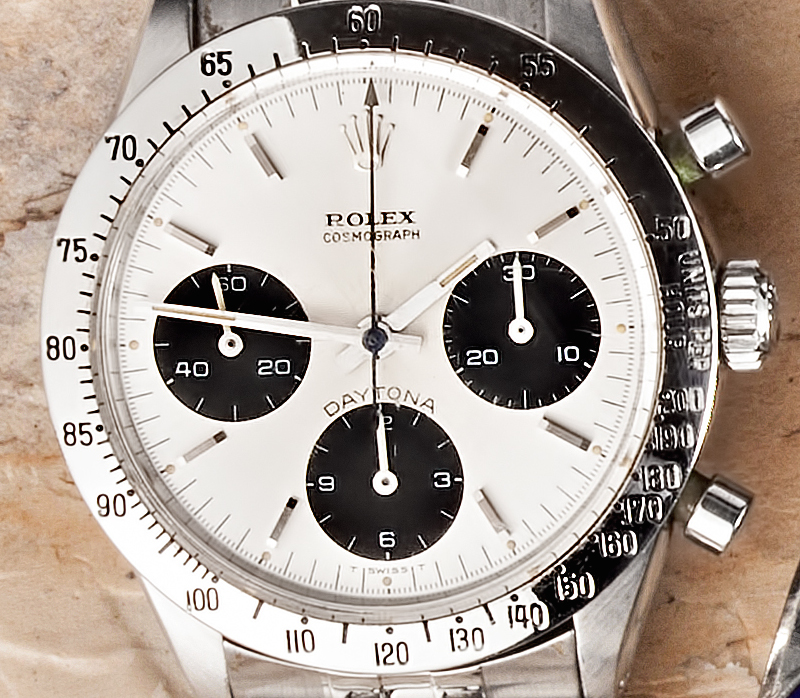 Vintage Rolex Daytona ref. 6262 has a stainless steel build without a printed tachymeter.

In terms of design, this specific Daytona 6262 features a stainless steel construction, steel bezel with engraved tachymeter scale, silver dial, and black registers. It is also available with a black dial and silver registers, and of course, the exotic “Paul Newman” dial as well. Furthermore, the Daytona ref. 6262 is a classic watch also available in yellow gold, however, those gold models are extremely rare. In fact, it’s estimated that only around 30 yellow gold ref. 6262 were made, therefore, it’s one of the rarest vintage Rolex references ever.

Furthermore, the Daytona 6262 (along with its sister the ref. 6264 with the black acrylic bezel instead of the steel bezel) was the last Rolex Daytona to feature the pump pushers. The screw-down chronograph pushers would come later on the Daytona 6265 and 6263 models. 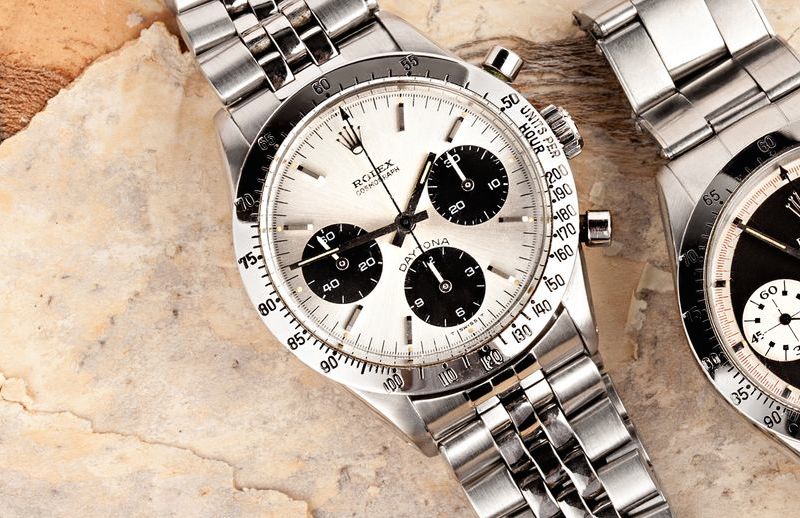 This Vintage Rolex Daytona ref. 6262 was only made for a single year.

A key vintage Rolex sports model indeed, the rare and coveted Rolex Daytona ref. 6262 would be the cornerstone of any vintage watch collection.