Improvements Make The Submariner Hulk a Watch to Watch

When Rolex introduces the first of the upgraded ceramic bezel models of Submariners, the world sat up and took notice.  The white gold 116619 and the two-toned 116613 debuted prior to the all-stainless Submariner, which made its first appearance at Basel in 2010, but it was some time before experts were able to review the 116610 with improved and enhanced features.

Improvements Make The 116610 a Watch to Watch

In some ways the 116610 is a great improvement over earlier ceramic bezel models.  For one thing, the black ceramic bezel fabrication process has apparently been improved since the black seems to be much truer than other Cerachrom bezels, such as the one on the GMT-Master II.

The dial is also improved, with larger markers and bigger hands as well as larger lugs and crown guards.  Rolex is apparently going for a green richer and heavier look with this Submariner, although the case remains at the standard 40mm diameter as earlier models. 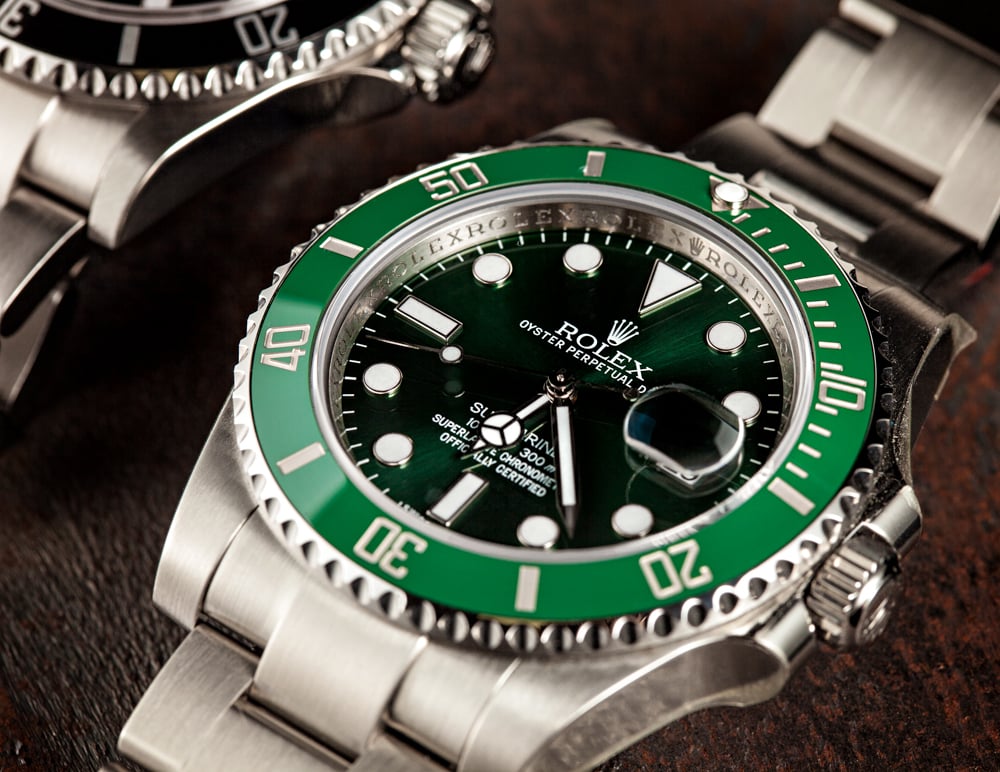 This watch also added an anti-reflective coating on the date bubble crystal, making it much easier to see the date from every angle.  The links of the bracelet are also upgraded to solid stainless steel rather than hollow links.  The new clasp has been praised for its versatility and appreciated by wearers in all fields.  While the watch is still considered a “tool” watch, the deployment elements of the clasp are polished, making it much more attractive.  Best of all, the Glidelock clasp allows for simple fine adjustments and obviates the need for a dive suit extension, unlike previous Rolex watches.

Some modifications stayed the same with this model as they were already working well.  For example, the pigmented Super Luminova glow that makes the hands and markers stand out in the dark remains, and the blue color is said to be more visible underwater than the old green color.

This watch also retains the Rolex Caliber 3135 inside.  This 31-jewel caliber has been upgraded, however, with a new Parachrom Bleu hairspring that is completely anti-magnetic and highly temperature- and shock-resistant.  The case is still water resistant to 1000 feet or 300 meters. 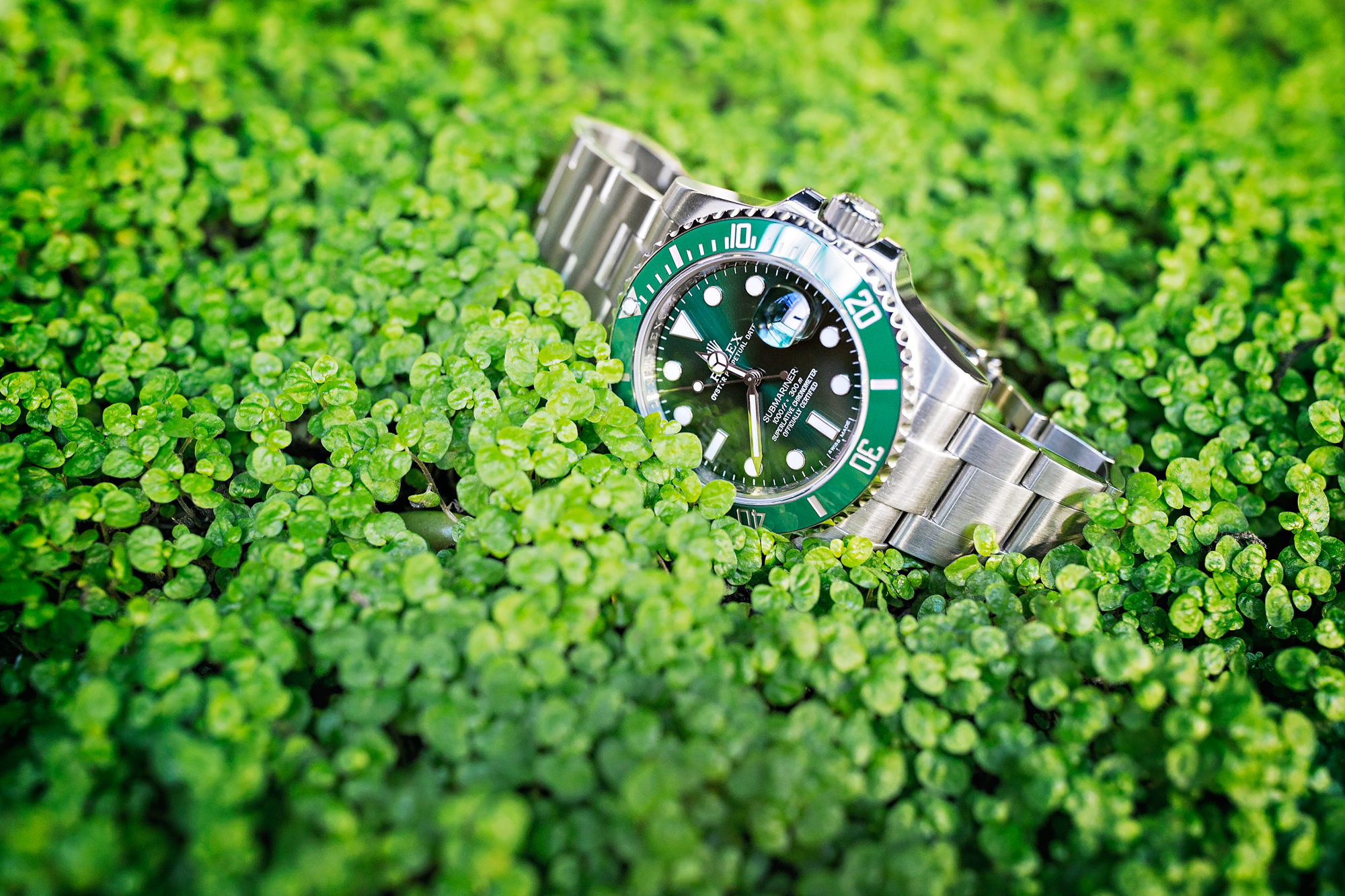 While some love the Submariner Hulk’s green bezel and dial, some feel otherwise.

One area of the watch that has received criticism is the movement.  Some complain that the movement lacks refinement and technological prowess; however, it does exactly what it is designed to do, which is to function under high pressure and in water scenarios, so it is hard to take these criticisms too seriously.

Comparing vintage and new Rolex watches is always difficult, but with the Submariner, we might say that Rolex took the watch from “great” to “fantastic” with this new model. 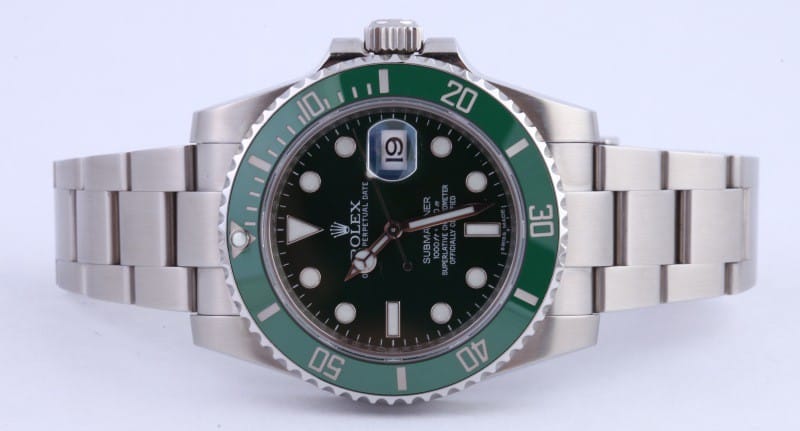